Beleaguered broadcaster 2Day FM has opened 2020 with its best result in almost 12 months in the year's first Sydney radio ratings.

The FM broadcaster's overall audience share grew to 5.3 per cent, which included a survey-high increase of 1.2 per cent, to achieve its best result since last April. The station had seen its overall ratings bottom out at 3.9 per cent audience share last November. 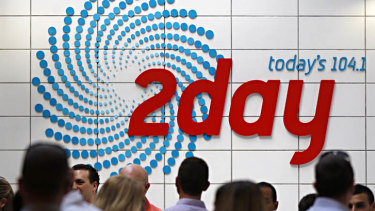 2Day FM has opened the radio ratings year with a strong result.Credit:DANIEL MUNOZ

Tuesday's ratings also saw the broadcaster increase its audience share across all of its shows, including another incremental jump in the all-important 5.30am-9am slot, which takes in its host-free Music for Breakfast morning show.

Since replacing hosts Ed Kavalee, Grant Denyer and Ash London with the all-music show last August, the station has watched its share increase across the slot over four consecutive surveys. At 3.7 per cent, however, it still heavily trails breakfast leaders 2GB (14.8 per cent, up 0.1), ABC Sydney (11.8 per cent, up 1.3) and Kiis 1065 FM (9.9 per cent, down 1.5).

Overall, 2GB maintained its total lead in the Sydney radio landscape with a 13.2 per cent audience share (up 1.1 per cent), followed by ABC Sydney with 8.9 per cent and WSFM with 8.4 per cent. 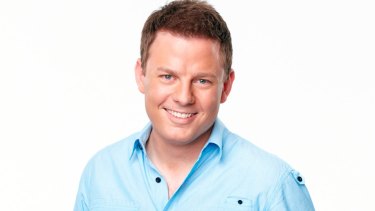 "We're only one survey in so we won't go popping any champagne corks yet, but it's a good result," said Fordham, who suggested his uptick in listeners came from "people craving information and answers" over coronavirus.

Fordham also praised his lead-in broadcasters, including newcomer Deb Knight, whose 12pm-3pm show helped 2GB earn a 9.6 per cent audience share (up 0.3) in the 12pm-4pm afternoon slot in her first survey.

"The listeners love her, she's a really versatile broadcaster and it's wonderful to have a female voice on 2GB," said Fordham. "That's something I have spent a lot of time arguing with management about over the years, sometimes successfully, sometimes unsuccessfully. But I think it's a great win for us and it's going to help us going forward too."

The 4pm-7pm drive ratings also saw a strong result for Nova 96.9, which increased its leading share in the timeslot to 10.3 per cent (up 1.1). The FM station's shows in the slot include Kate, Tim and Marty from 4pm-6pm and Fitzy & Wippa from 6pm-7pm.

Tuesday's ratings took in the period from January 19 to February 29.