British space tech led the world, holding our own with the bigger, better funded military giants USA and the Soviet Union, as we forged a space program which could have seen UK astronauts on the Moon. What followed was a catastrophic lack of leadership, funding, self-belief and basic politics which saw Britain simply giving away vital technical knowledge to direct competitors around the world. Today spectres of Britain’s world class rocket programme still haunt the cliffs of the Isle of Wight – where the ruins of our pioneering space research station endure as a permanent reminder of what could have been. 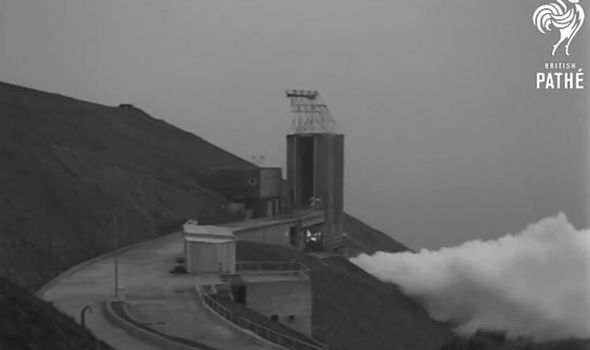 The massive sandstone launch blocks, where scores of massively powerful rocket engines were tested and perfected, stands as a shaming monument to political short-sightedness, scientific penny-pinching and the decline of British standing in the world.

In the immediate post-war period Britain was a serious player in three-horse race with Russia and the USA in the battle to perfect rocket technology.

The driver of course was not pure science. The world had just witnessed the terrible power of nuclear bombs at Hiroshima and Nagasaki and the imperative military goal was to team a thermonuclear device with a dependable, targetable, rocket.

The Americans had sneaked arch-Nazi and architect of the V2 bomb Werner von Braun to the US and the Russians had collected what was left of his missile team.

But Britain still had the home-grown brains and technological clout to punch above its weight in the race to space.

And she would need to. During the war the US and Britain had shared technological advances but in 1946, fearing Britain’s loss of international political clout, the American’s ended all technological cooperation with the McMahon Act. 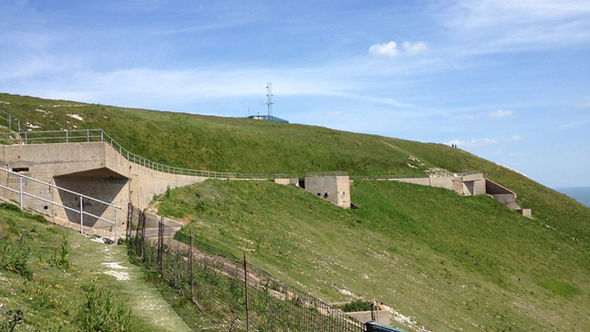 So throughout the 1950s and 1960s Britain got serious about space and a wartime gun emplacement at the Needles Headland on the Isle of Wight was transformed into top secret complex of specialised buildings with underground control and instrumentation rooms 4,260 square feet of laboratories and offices, 3,080 square feet of workshops and smaller machine shops and a workforce of 240 people. The High Down Rocket Test site was born.

The focus of all this activity and investment was “perhaps the most economical and powerful space missile of its time – the Black Knight” forerunner of Britain’s very own ICBM Blue Streak rocket.

The 60 foot long rockets were assembled in the workshops. Then they were towed down the newly built road along the cliff top above Scratchells Bay to one of the two 80 foot high test gantries.

Test firing of the massively-powerful engines – tethered to the sandstone test bays – required all staff to be underground to protect from the heat and the deafening roar.

On ignition the four jet rocket motors fired into steel “exhaust buckets,” cooled by a torrent of water from a specially built 60,000 gallon reservoir, at a rate of 3,000 gallons per minute.

In 1958, after just three years work, the first Black Knight reached the atmosphere from a launch site in Woomera, Australia.

This was just weeks behind the Russians and the Americans with their near unlimited budgets.

In all, 22 rockets were launched into moonless night skies, up to 500 miles above the Earth. 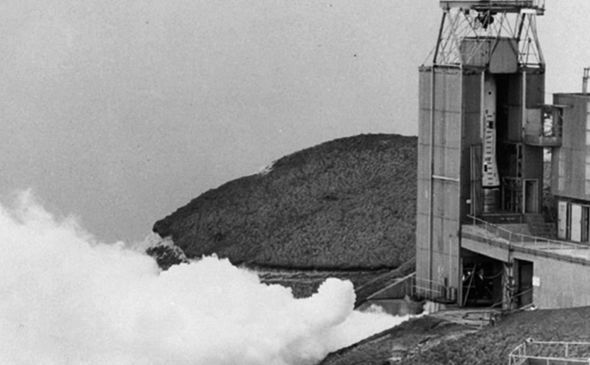 Britain’s space program continued until 1971 culminating in the successful launch of our own satellite.

The unit, called Prospero, is expected to continue orbiting the earth for another two centuries.

Despite this remarkable success, and similar success in designing and building our own thermonuclear bombs, Britain’s government lacked the political confidence to push forward with a domestic rocket programme, let alone a nuclear missile program.

In 1962 prime minster Harold McMillan announced Britain was going to buy Polaris missiles from the USA – the death knell for British rocketry.

British rocket scientists attempted to resurrect something from their work – openly sharing rocket secrets with colleagues in Germany, France and across the fledgling EEC.

After Blue Streak was axed Britain shared it’s rocket secrets with France in 1961. The two were joined by

Italy, Belgium, West Germany, the Netherlands and Australia to create ter drafted into the Convention of the European Launcher Development Organization – aimed at being a pan-European challenge to NASA. 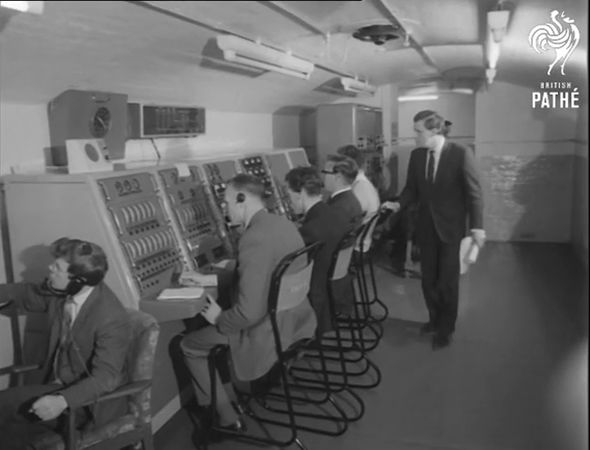 But it was awful news for Britain as a force in space tech. The Scratchells Bay rocket research centre was abandoned and allowed to rot – becoming little more than a tourist curio for Isle of Wight visitors, a footnote in rocketry history and a monument to failed ambition.

The Scratchells Bay rocket research centre was abandoned and allowed to rot – becoming little more than a tourist curio for Isle of Wight visitors, a footnote in rocketry history and a monument to failed ambition.

Nicholas Hill writing for spaceuk.org said: “There are several infuriating aspects to all of this. To produce a missile, and then realise it was the wrong missile. To convert it to a satellite launcher, one that looked to be highly successful, and then to cancel again. And the cancellation took place in the late 60s, when the uses of satellites in TV [the Tokyo Olympics of ’64 were the first to be transmitted by satellite], telephone communications, weather observation were becoming apparent and obvious.

“But the 60s were the time when many advanced British projects were cancelled in the post imperial decline.

“And Britain was to lose from there on any real pretensions to technological innovation; in space, in electronics, and in too many other areas.

“Black Knight had fulfilled its brief admirably, with hardly a hitch in any of its 22 launches. All the design work for Blue Streak had been done, prototypes had been built, so what now? One logical idea was to use the completed system to make a satellite launcher.

“Black Knight itself could be developed further – and was, to Black Arrow, which lead to the UK’s only satellite launched with a British launcher.

“But the Government turned to Europe, for two reasons. One was political, to show ourselves “good Europeans”, and joint ventures – Euratom, the Jaguar aircraft, Concorde – were in vogue. 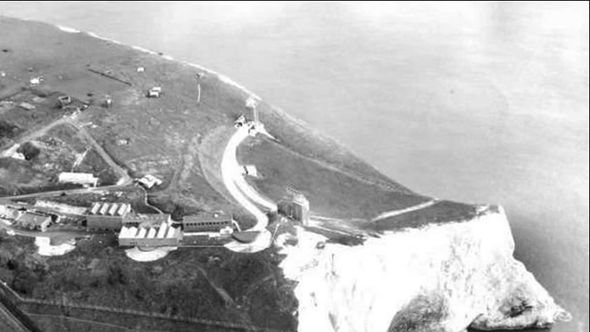 “The other was to share the cost. So the European Launcher Development Organisation – ELDO – was born. The launcher was to be Blue Streak, with a French second stage and a German third stage.

Love Affair and Steve Ellis: The hits that catapulted the band to glory