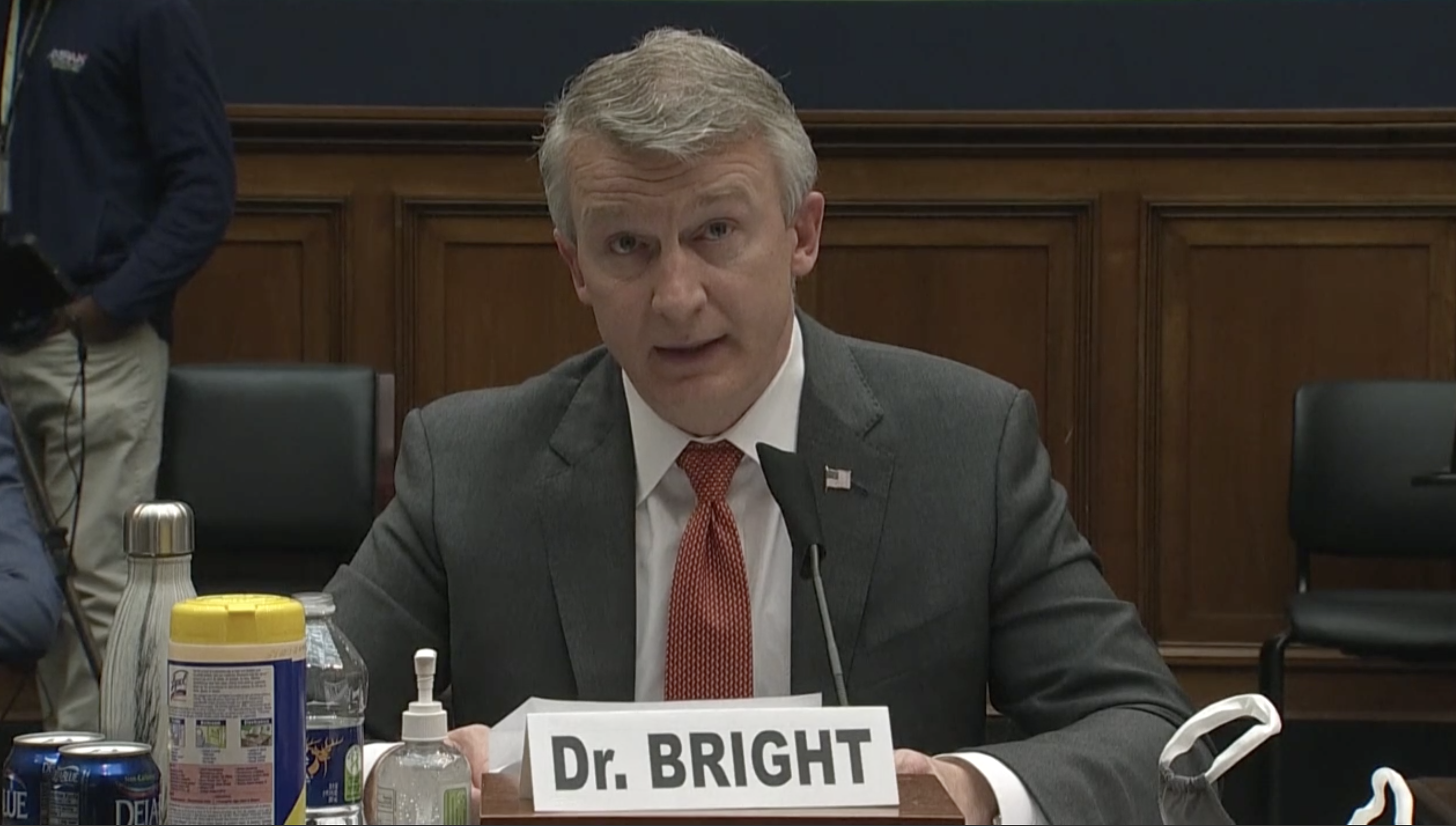 Dr. Rick Bright, a top government scientist turned whistleblower, testified Thursday that the US is likely to face its “darkest winter in modern history” without a national coordinated response to the pandemic.

Bright filed a whistleblower complaint claiming that he was fired as the director of the Biomedical Advanced Research and Development Authority (BARDA) after he voiced concerns over Trump’s support of hydroxychloroquine as a coronavirus treatment.

Bright, a virologist with 25 years of experience in addressing pandemics, testified before the Subcommittee on Health for the House Committee on Energy and Commerce on Thursday.

He warned that the nation’s “window of opportunity is closing” to effectively combat the coronavirus pandemic.

“If we fail to improve our response now, based on science, I fear the pandemic will get far worse and be prolonged,” Bright said. “There will be likely a resurgence of COVID-19 this fall and it will be greatly compounded by the challenges of seasonal influenza. Without better planning, 2020 could be the darkest winter in modern history,” he said.

Before Bright’s testimony Thursday, Trump slammed him in a tweet, calling him a “disgruntled employee” who “should no longer be working for our government.”

In his testimony, Bright said the US did not have a comprehensive plan in place to combat the combined forces of COVID-19 and seasonal influenza in the fall and winter.

The country did not have enough personal protective equipment (PPE) to protect healthcare workers, Bright said, and its supply chains were not “ramped up” to either produce or distribute drugs or vaccines effectively.

He also said the US did not have a “comprehensive testing strategy so that Americans know which test does what and what to do with this information.”

Bright said all his concerns over the administration’s coronavirus response were ignored, dismissed, or met with indifference by his superiors at the Department of Health and Human Services (HHS).

He testified that “lives were endangered and lives were lost” when the administration ignored his repeated concerns early on over the country’s critical shortage of PPE, including N95 respirators.

Bright told lawmakers that would never forget the email he received in January from Mike Bowen, the owner of the largest surgical mask producing company in the US, telling him that the country’s supply of N95 masks was “decimated.”

Bright said he pushed that to the highest levels of the HHS but did not get a response.

“From that moment I knew that we were going to have a crises of our healthcare workers because we were not taking action,” Bright said. “That was our last window of opportunity to turn on that production to save the lives of those healthcare workers.”

Bright said the US is being forced to use masks supplied by other countries that are not up to the US standard of protection and some of which provide only 30% protection.

He also said administration officials dismissed his concerns over using hydroxychloroquine and other drugs that were not scientifically vetted as coronavirus treatments.

“There wasn’t sufficient data at the time to support the use of this drug without close physician supervision,” Bright said.

When he objected to the administration’s plan to make those drugs more accessible to Americans, Bright said he was met with resistance, so he voiced his concerns to a journalist for an article.

“That was the straw that broke the camel’s back and escalated my removal,” Bright said. He was involuntarily transferred “to a more limited and less impactful position at the National Institutes of Health,” according to his written testimony.

Bright also sounded alarms over the challenges the US is facing in the limited supply and distribution of remdesivir — a drug that is now being used to treat COVID-19 patients.

He said Americans should also be “absolutely concerned” that the administration did not have a distribution plan for vaccines.

The numerous delays in developing countermeasures and obtaining critical resources to combat the coronavirus have delayed the timeline for getting drugs and vaccines, which in turn have delayed “our ability to reopen the country,” Bright said.

“We will either be remembered for what we did or for what we failed to do to address this crisis,” he said.

Why John Lennon Called a Journalist a Delusional '*sshole'