Home » Lifestyle » A newlywed couple spent 9 months searching for their dream home in New York City. Here's a look inside their top choices — and the $2.8 million apartment they picked.

Samantha and Jasper Larsen decided it was time for them to buy an apartment in the summer of 2018. 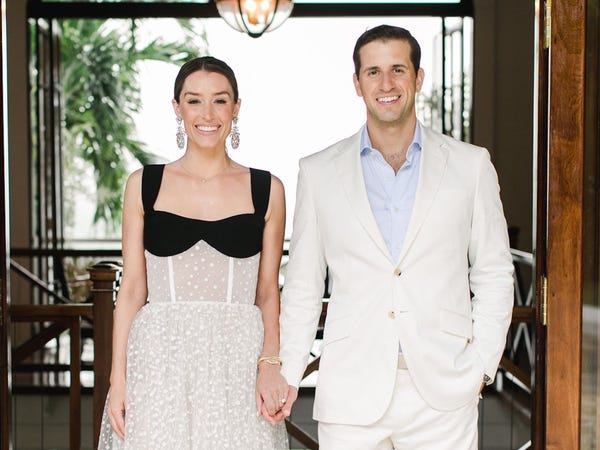 They've been together for six and a half years, and they planned their wedding for May 2019.

Samantha and Jasper had been living in the NoMad area of New York City for two years. "We saw how the neighborhood was changing," Jasper told Insider. "It was on the up and up I would say, and we started really loving it there."

The Larsens knew they wanted to buy a new apartment, and they had a budget of $3 million. 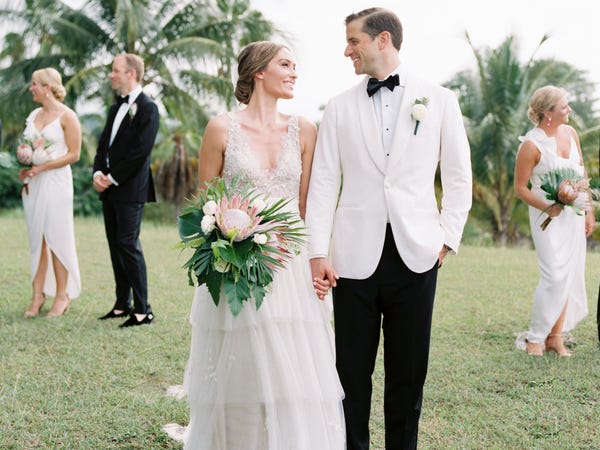 In addition to being new, the couple had a few other asks for their dream place.

The couple wanted their apartment to be in the NoMad area of Manhattan and to have a doorman, and they were looking for a space with two bedrooms.

The design of the apartment was also important to them. "We really like clean, white, and modern" spaces, Samantha said of their design preferences.

A view of the city skyline and natural light were also on their list. With that in mind, they started their search.

The Larsens looked at between eight and 10 apartments over the course of nine months, but three stood out to them during the process. 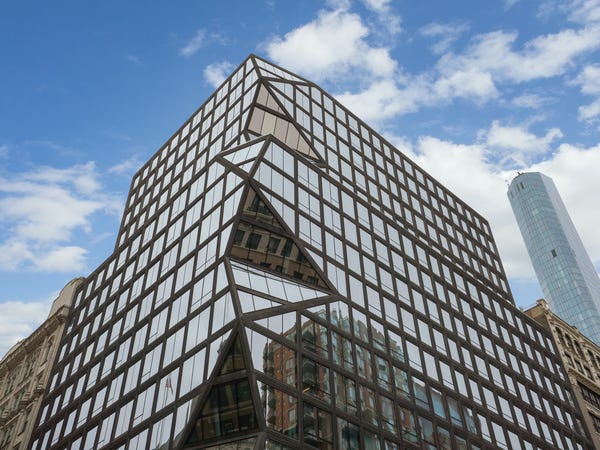 The first apartment that caught the Larsens eye was 121 E 22nd, which is located near Gramercy Park and the Flatiron building.

The luxury apartment building offers views of the exclusive Gramercy Park, which checked off one of the asks on the couple's list.

The apartment's location appealed to the Larsens. 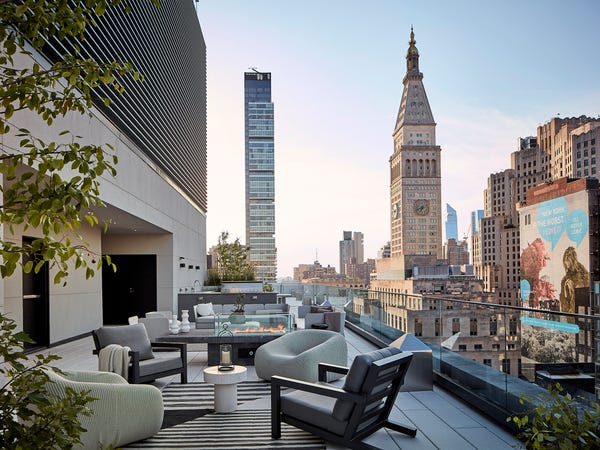 "We were originally drawn to this development because of the central location — surrounded by Gramercy, Flatiron, and NoMad," they told Insider.

The interior featured large windows, and patios overlooking the area. 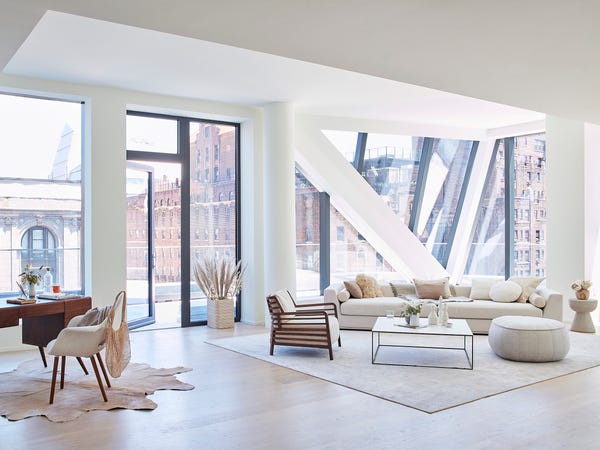 Asymmetrical floor-to-ceiling windows make the space feel even larger, as do white walls.

The new development stands out from other apartments in the area, as its height made more encompassing views of the city possible.

The building also had a myriad of amenities that appealed to the Larsens. 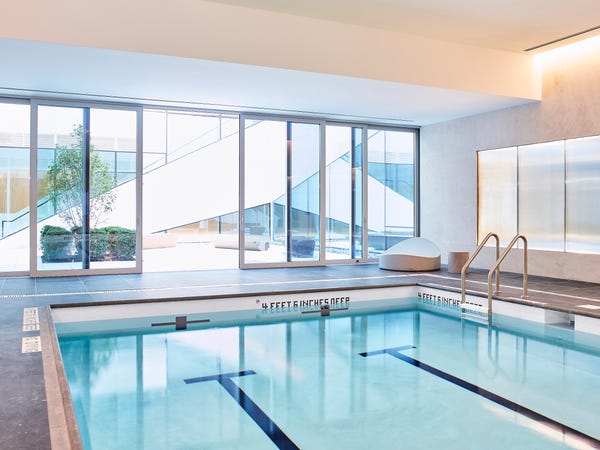 A 24-hour hotel-style concierge service, an indoor pool, a fitness center, and a children's playroom are all available for residents to use, as well as a public terrace.

A rooftop patio with views of the city is also available for use, which can be hard to come by in New York City. 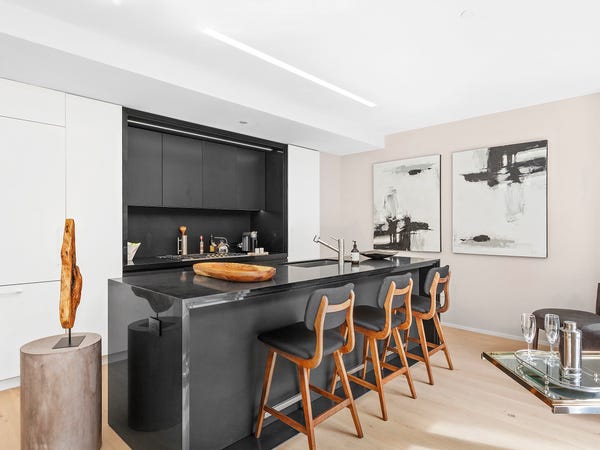 The apartment would have been within the Larsens' budget, but they ended up deciding that the building was a bit too large for them.

The next apartment the couple was drawn to was 30 E 31st, a new development in NoMad. 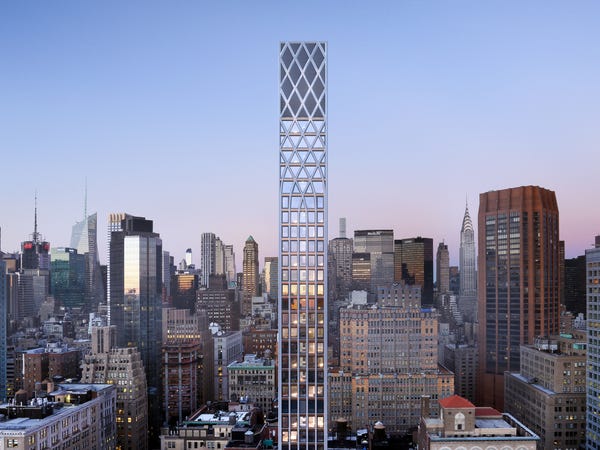 The couple found the building because it was located right next to their home at the time.

The couple loved the size of the show apartment they saw. 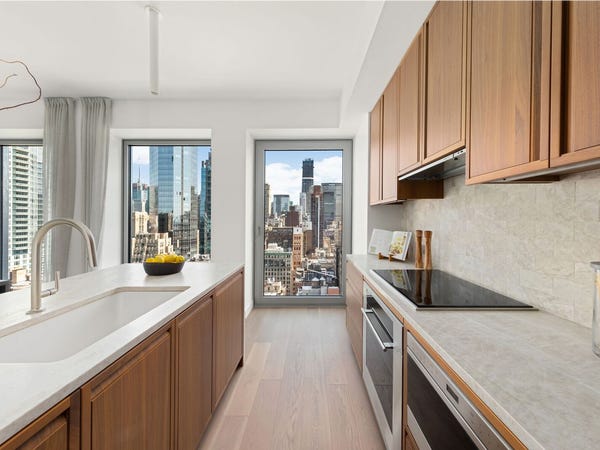 The two- and three-bedroom apartments in the building have an entire floor to themselves, which offered the Larsens much more space than their previous apartment.

Elevators open directly into the apartments.

The apartment featured floor-to-ceiling windows, offering views of the area the Larsens loved. 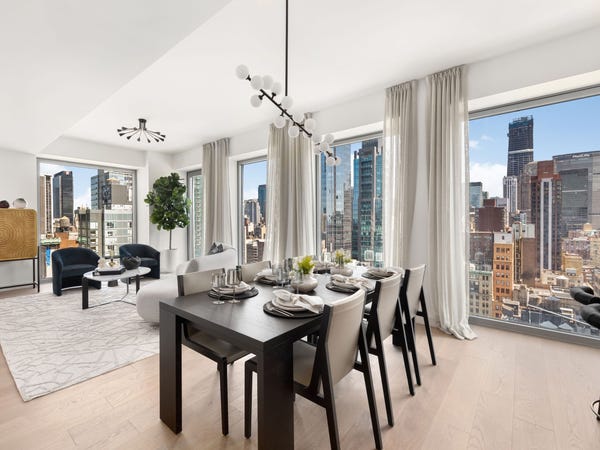 The floor-to-ceiling windows continue in the master bedroom.

The two-bedroom apartment was the ideal size for the Larsens.

The building also featured amenities the couple was looking for, such as a 24-hour concierge service, a communal lounge area, and a fitness center.

The apartment also featured two and a half bathrooms, which the Larsens were particularly interested in. 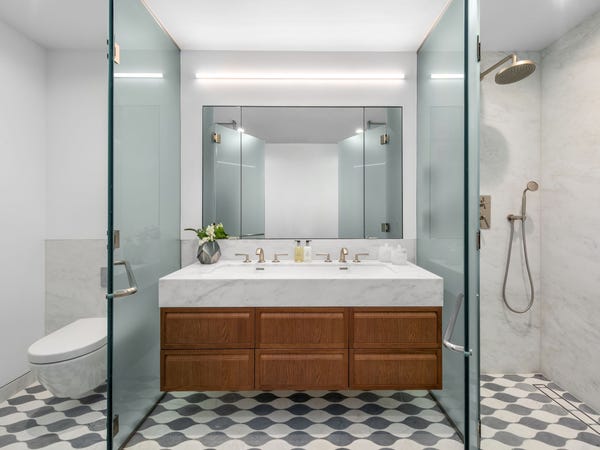 "We were excited about this building, but unfortunately, the completion date wasn't soon enough for our timeline," they said, as the building would not have been completed by the time they needed to move in.

The apartment was also slightly over their budget, as the room they were interested in was listed at $3.45 million at the time of writing.

Eventually, the Larsens found their way to 277 Fifth, a new building in the heart of NoMad. 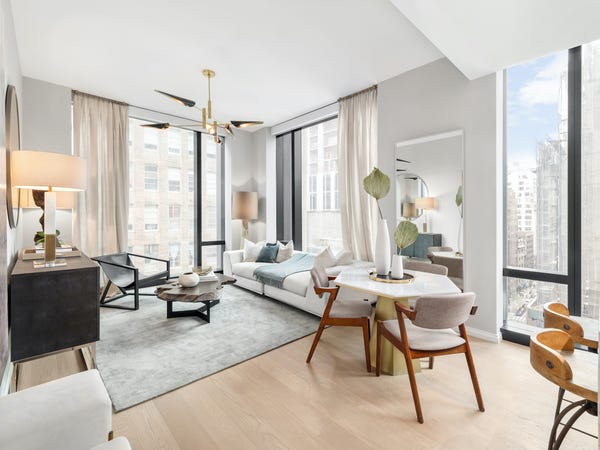 Samantha said that the clean design and high ceilings were what originally drew the couple to the apartment.

"When you walk in the entrance, the ceilings are so high," she said. "That, for starters, is such a wow factor."

The high ceilings continue throughout the apartment. 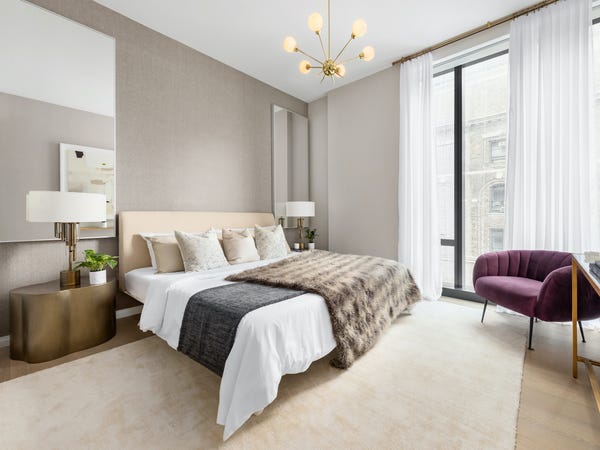 The apartment's clean lines and natural light made the Larsens feel comfortable in the space.

Since the apartment was recently built, it features all new appliances. 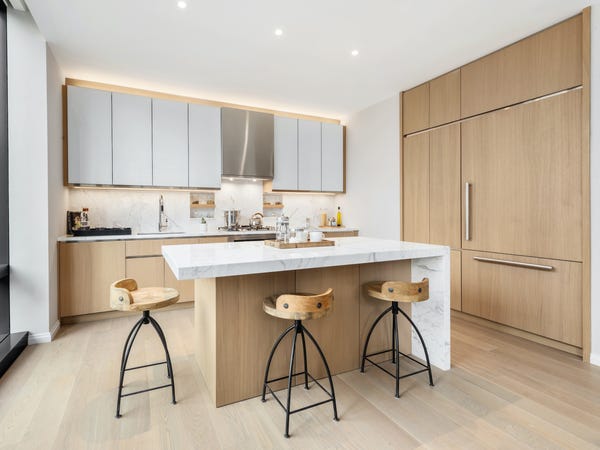 The two-bedroom, two-bathroom apartment was the right size for Samantha and Jasper. 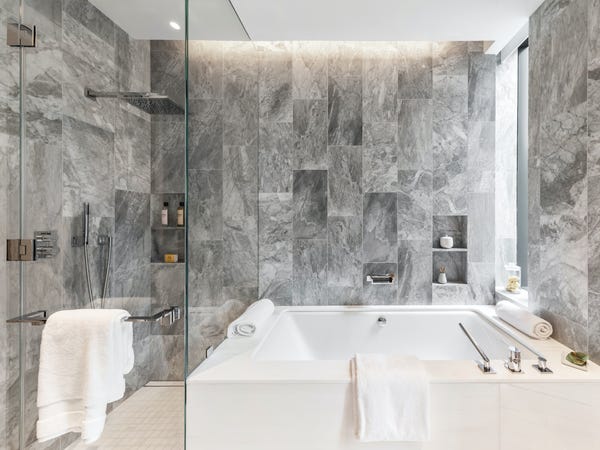 "When we looked at the layout and the finishes and the style of everything, we were like this is our favorite," Jasper said.

277 Fifth's amenities turned out to be a big draw for the Larsens. 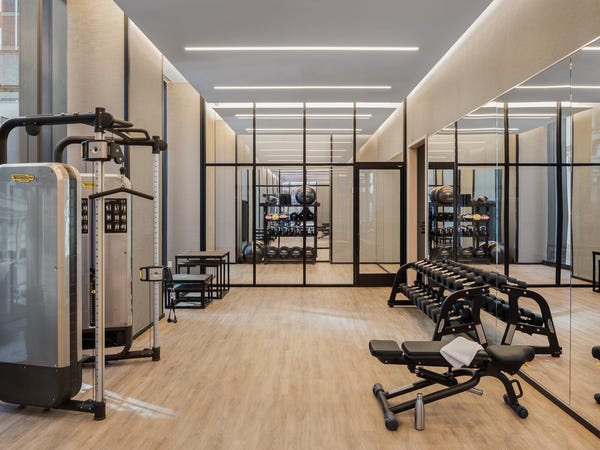 The building has a myriad of amenities, including concierge services, a kids' lounge, a private dining room for parties, a private terrace, and a fitness center, all of which have been customized to accommodate guest needs.

Locker rooms with private saunas and steam rooms are attached to the fitness center. 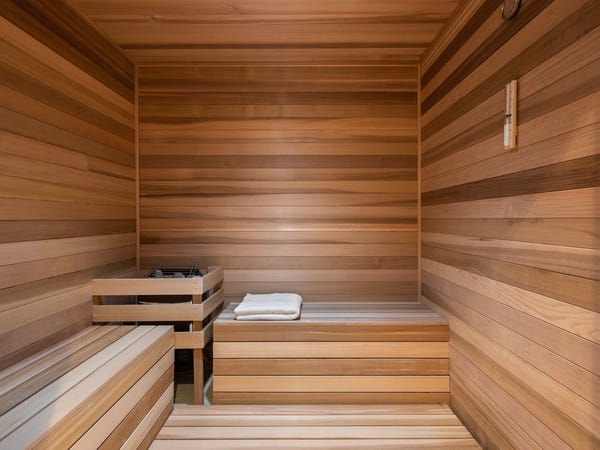 The steam room is one of the Larsens' favorite features of the building.

The couple saw 277 Fifth early in their search for an apartment, but they weren't sure when the building would be completed. 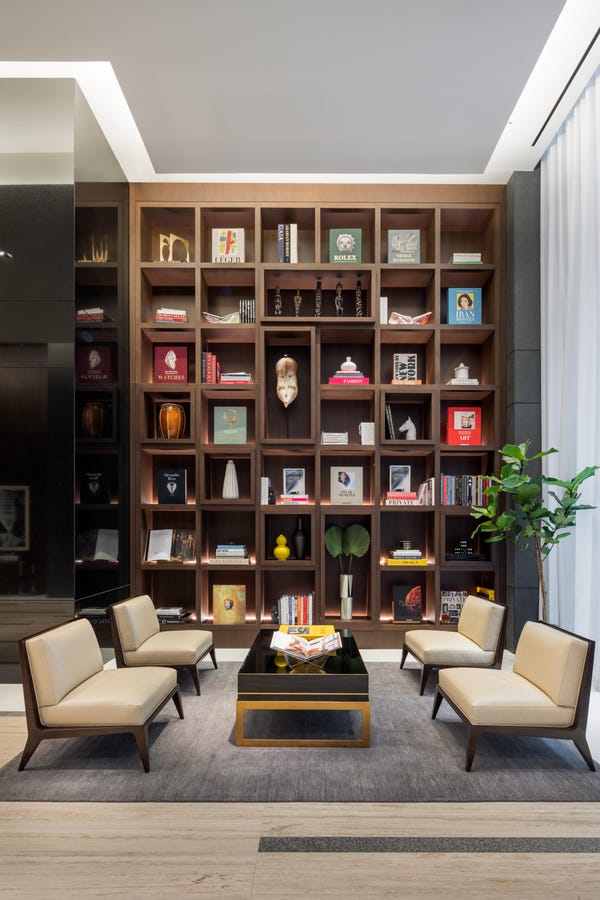 "Everything was right with the building, and it was initially our favorite, too," Jasper said.

Eventually, they figured out that the move-in date would align with their wedding plans.

"Once we found out the move-in date worked and all of that, we felt like it was meant to be," Samantha said of the building.

277 Fifth was listed for $2.8 million, which was just under their budget. 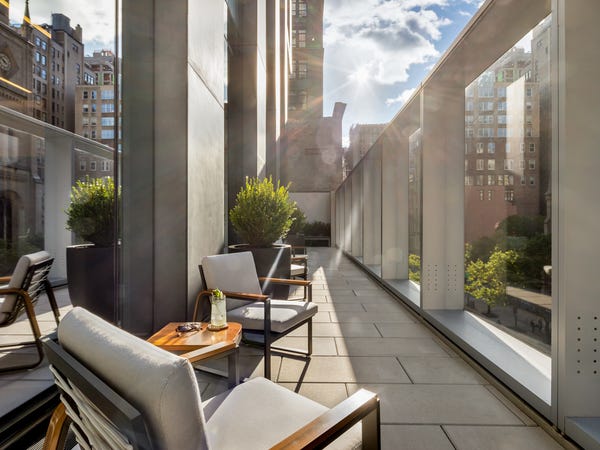 "We chose our place because it has a good view," Jasper said of 277 Fifth.

"If it had no view and no light, that would've been a deal-breaker," Jasper said of the apartment.

"It was our favorite all along," Jasper said of the building. 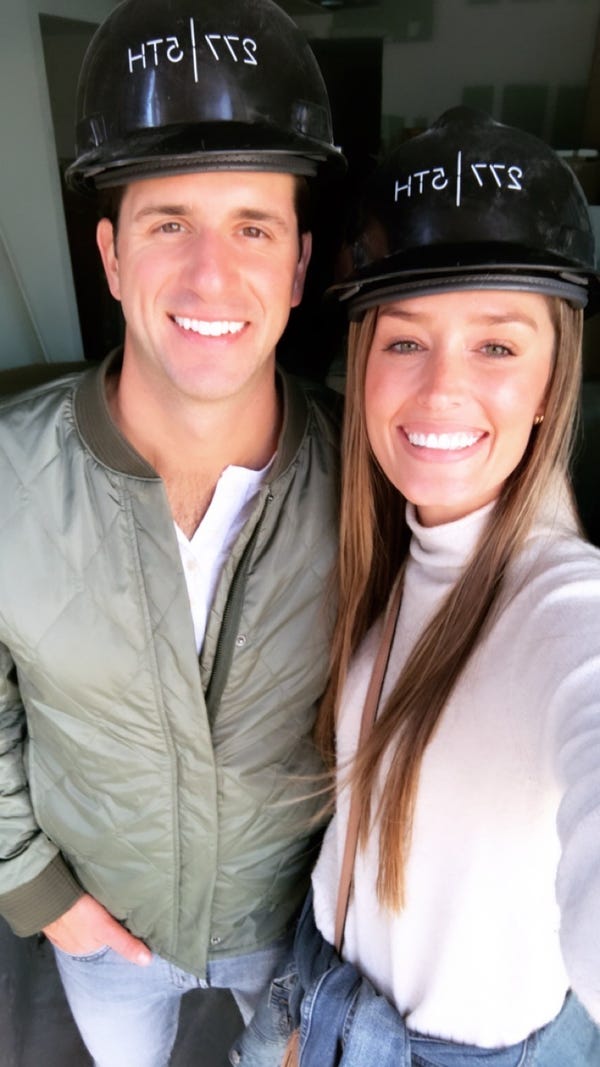 They have been in the apartment since the spring of 2019, and they still love it.

They live in the space with their French Bulldog.

If you recently moved or are in the process of looking for a new home, have photos of your real-estate journey, and want to talk to Insider for a story, please get in touch at [email protected]

Your phone is dirtier than your toilet. This UV sanitizing device can keep it clean