Home » Lifestyle » ‘AFR’: Gabby Forgives Erich for Being An 'A–hole' to His Ex Pre-Show

Erich Schwer had a lot to answer for when he and Gabby Windey reunited on The Bachelorette: After the Final Rose on Tuesday, September 20.

After the 29-year-old real estate analyst proposed to Gabby, 31, Jesse Palmer confronted Erich about a woman named Amanda Kaylor who claimed that Erich broke things off between them in March after two months of dating to go on the show. In a series of alleged text messages from before filming, Erich apologized for seemingly trying to convince Amanda to be open to the idea of dating him when he got back as he was only going on the ABC series because he felt “stuck in [his] career path.”

“You just expected me to continue dating you while you go on a reality show to ‘find love,’” she wrote to him. Erich allegedly responded, “It isn’t real, but you’re right. I am sorry I really didn’t think this all through. … I didn’t realize the implications. I am sorry I thought we could get on the same page about this. I really didn’t mean for this to hurt you.” 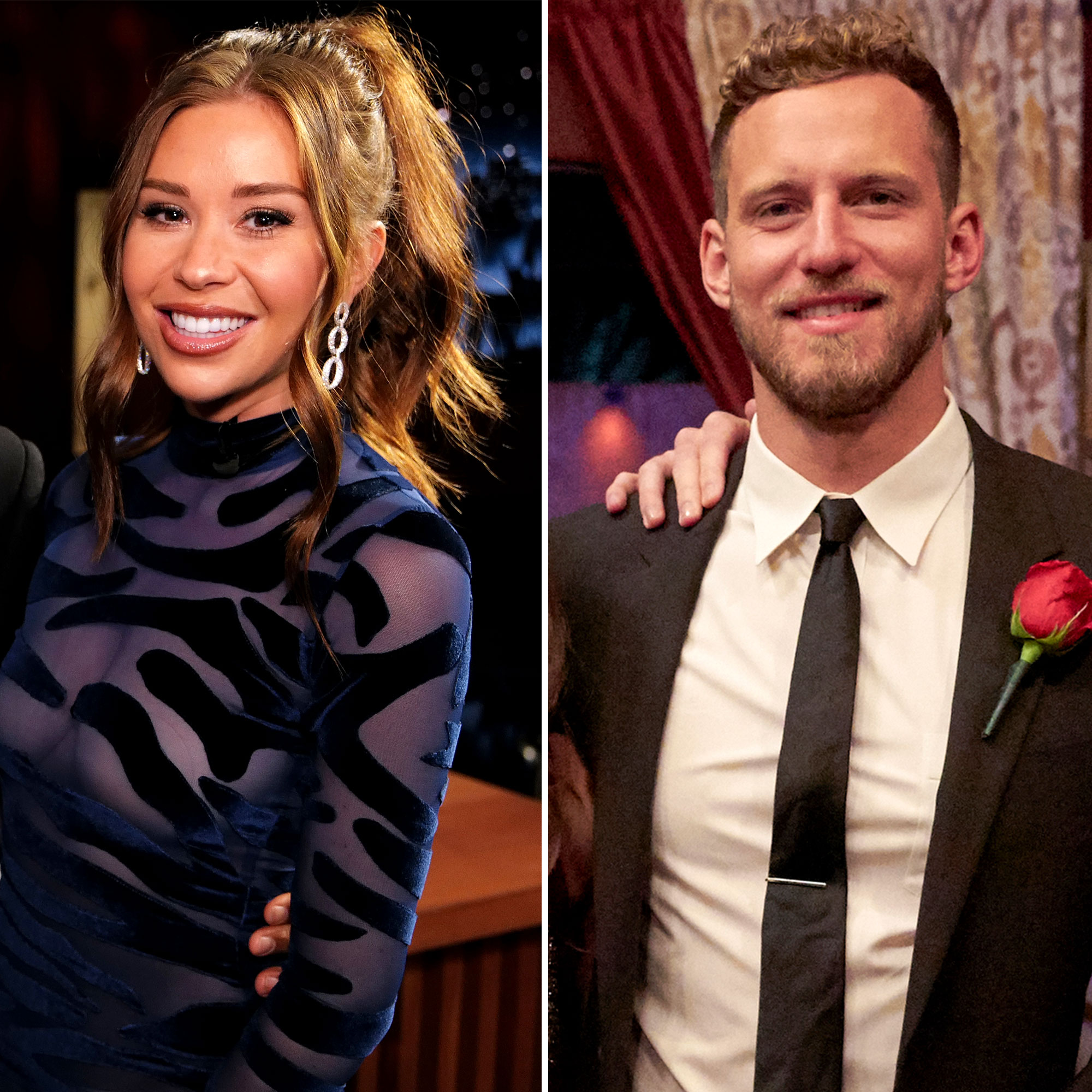 On Tuesday, Erich admitted that he handled the situation “poorly.”

When Jesse Palmer read the text messages, Erich added: “I was using the show as an excuse to not confront her about our relationship. I didn’t see a future but we were having fun. … I love [Gabby] with all my heart. 100 percent real. I never expected it. I want this to be forever.”

Gabby then confirmed that Erich told her about the text messages before they were leaked earlier this month, referring to him as “gracious” and “honest” — and then jokingly calling him an “a—hole” before confirming that she forgave him.

Earlier in the episode, the ICU nurse got engaged to Erich. The episode picked up where part one of the finale, which aired on September 13, ended — with Gabby in tears as the New Jersey native expressed doubts about a proposal.

“In the real world, I want to date you,” Erich said. “Getting engaged before that happens is usually not how things go.”

Gabby broke down, walking away from Erich and crying to the producers.

“I don’t want to force him into his decision,” she said. “I want to be with Erich forever — so I want him to propose. What am I supposed to do? Walk away because he’s not ready to propose?”

During part two, however, Erich clarified his feelings and popped the question with a Neil Lane diamond. “You literally make me feel like I’m the only person in the world. And I will fight every day for the rest of my life to keep that feeling. I love you, Gabby Windey,” he said. “You are amazing. You are the most amazing person I’ve ever met. It’s you and me until the wheels fall off. I’m head over heels in love with you, and I want to spend the rest of my life with you.”

Leading up to the finale, Erich made headlines for another controversy too. On September 9, he apologized “wholeheartedly” when an “insensitive photo” of the contestant in blackface from his high school yearbook resurfaced.

“What I thought at the time was a representation of my love for Jimi Hendrix, was nothing but ignorance,” he wrote via Instagram. “I was naïve to the hurtful implications of my actions to the Black community and those closest to me, and will forever regret my offensive and damaging behavior. I am deeply ashamed by my actions and understand that my apology is only the first step in taking accountability.”