ALEXIS SANCHEZ and Arturo Vidal could be forced to go into quarantine if they return to Chile this month to play in World Cup qualifiers amid the coronavirus outbreak.

The duo, who play for Italian side Inter Milan on-loan from Manchester United and Spain’s Barcelona respectively, are set to fly to Uruguay first for a clash on March 26 before heading to their homeland to face Colombia. 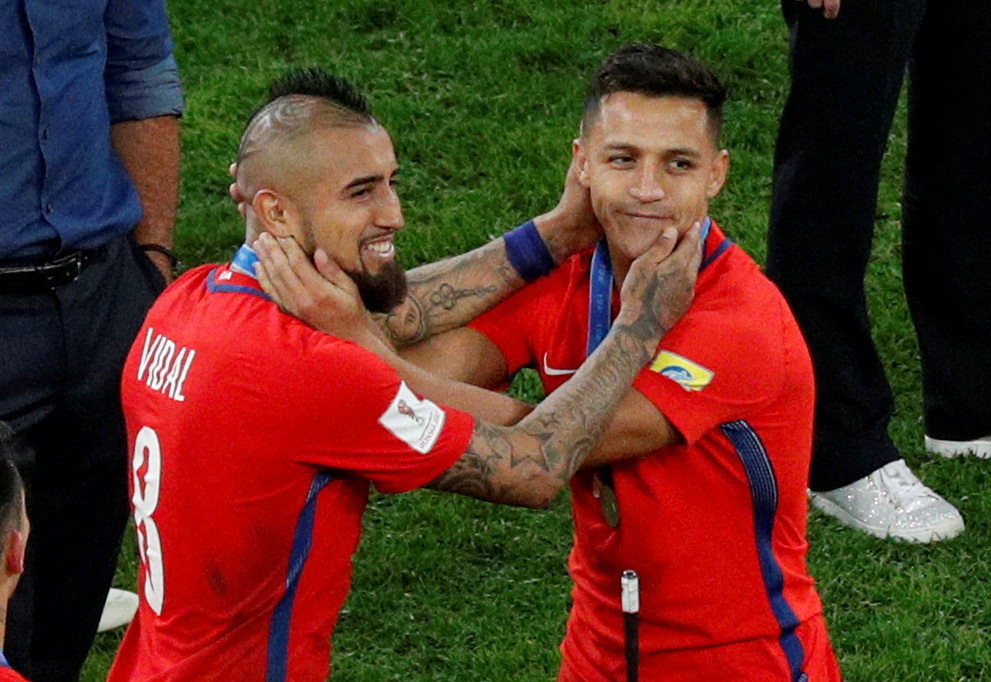 The Italian government has announced a quarantine and advised against all but essential travel following the death of 631 people from the deadly bug until April 3.

And now Chile’s health minister Jaime Manalich has confirmed that both stars will be isolated if they report for international duty.

According to Emol, he said: “We do not make any distinction by people's profession because nobody is immune to this virus and indeed the quarantine determined today for Italy applies to everyone.

“Of course, if these players want to work out on a machine in their homes, or all be quarantined together at Juan Pinto Duran (the national football stadium), then that's their call.”

However, a source at the Chilean Football Federation insisted they have been told nothing about the quarantine plans.

They were quoted as saying: “So far there are no changes to our plans. What the minister says comes as a surprise.”

Spanish authorities have suspended flights from Italy and also advised against non-essential travel, with a reported 36 deaths and 1,639 hitting their nation.

Meanwhile, Arsenal stars are in coronavirus quarantine and the club's Premier League clash with Manchester City is off tonight after they met a virus victim.

It comes after Nottingham Forest and Olympiacos owner Evangelos Marinakis tested positive for the virus after visiting the Emirates.

He was at the stadium when the Greek side knocked the Gunners out of the Europa League on February 27 and the club revealed a number of players met him after the game.

The game is the first Premier League match to be called off over the deadly virus, which has so far killed six in the UK.

Meanwhile Wolves are incensed that their Europa League clash with Olympiacos tomorrow will go ahead.

The match in Athens had already been ordered to be played behind closed doors. Olympiacos followed Forest’s lead by sending their entire playing squad for tests.

Nuno Espirito Santo had earlier said: “If we have to go we will. But we don’t agree — we’re not happy to go.”

Lil Nas X Marks One Year Since Coming Out as Gay: 'Wow That Was Fun'