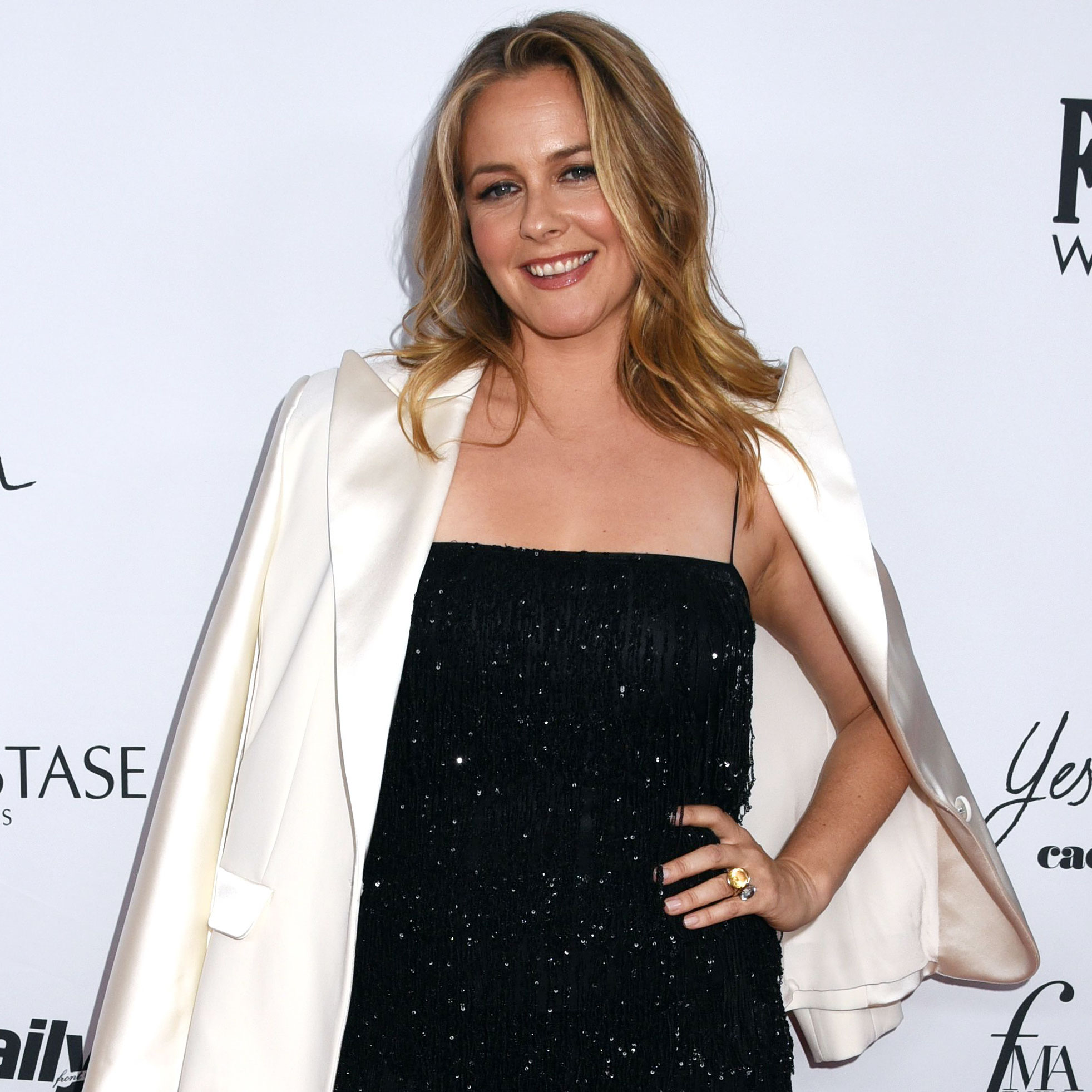 Clapping back! Alicia Silverstone proudly stood up to body shamers while sharing a throwback photo of herself.

In the clip, the California native shared a screenshot of an old photo of herself wearing a flowy blue dress. The pic was labeled: “Alicia Silverstone Candid Fat Photo.” Silverstone highlighted the word choice, adding a “This” GIF sticker and an arrow pointing to it. She then flashed her middle finger up at the camera and smiled.

The Baby-Sitter’s Club actress is no stranger to shutting down negative comments about her body.

“[People] would make fun of my body when I was younger,” she recalled during an April 2020 interview with The Guardian while discussing her role as Batgirl in 1997’s Batman & Robin. “It was hurtful but I knew they were wrong. I wasn’t confused. I knew that it was not right to make fun of someone’s body shape, that doesn’t seem like the right thing to be doing to a human.”

Clapping Back! Stars Who’ve Hit Back Against Body-Shamers

Silverstone added at the time: “There were working circumstances that were less than favorable in terms of how things went down. And no, I didn’t say ‘f—k you’ and come out like a warrior, but I would just walk away and go, ‘OK, I know what that is and I’m done, I’m not going near that again.’”

The Kind Diet author has remained dedicated to a healthy lifestyle through the years, primarily citing her vegan diet for keeping her in shape.

“I haven’t been working out a lot or in a long time because I was doing a film — and when you’re the lead in a film, I challenge you to exercise,” Silverstone exclusively joked to Us Weekly in November 2018. “It’s not possible. And to be a mom too? It’s really not humanly possible. I’ve turned into mush, but the good thing about when I turn into mush is I still look OK because I eat so clean.”

The American Woman alum continued at the time: “My diet makes me feel better so I can sleep better and when I sleep better, I feel better. When I get sick it doesn’t take me down.”

Silverstone has also shared her vegan diet with her 10-year-old son, Bear, whom she shares with ex-husband Christopher Jarecki.

“I can tell you that from the get-go, I think of [Bear] as a brown rice baby because I ate brown rice when he was conceived, when he was in my belly and when he was on my boob, and now he eats brown rice,” she explained during the #BlogHer20 Healthy at Home event in May 2020. “The centering, grounding energy of that nourishment in his organs has left him such a calm boy.”

Odeon, Cineword and Picturehouse closing all cinemas amid coronavirus epidemic