Amazing photos capture the fleeting moment the ISS passes in front of the Sun and the moon during its 17,000mph orbit

A series of stunning images capture the moment the International Space Nation (ISS) passed in front of the Sun and the moon in stunning detail.

The photos, taken within days of one another, were captured in the space of less than a second, as the space station could be clearly flying across the sky with its spectacular celestial backdrops.

Once every 90 minutes the ISS, which is around 250miles from Earth, completes an orbit of our planet at a speed of around 17,000mph.

Photographer Andrew McCarthy, from California, USA, said the photo of the ISS in front of the sun, in broad daylight, was ‘one of my trickiest shots ever’. 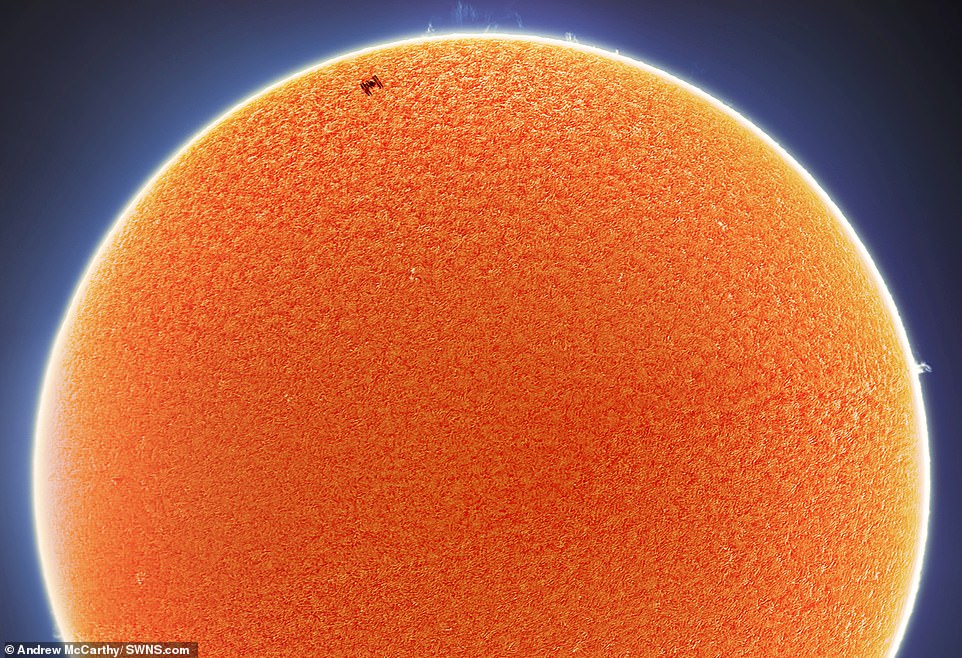 Sharing the photo on his Instagram page, @cosmic_background , Mr McCarthy wrote: ‘For less than a second, the sun aligned with the ISS and my backyard. ‘This shot is the result of planning, timing, and equipment’ 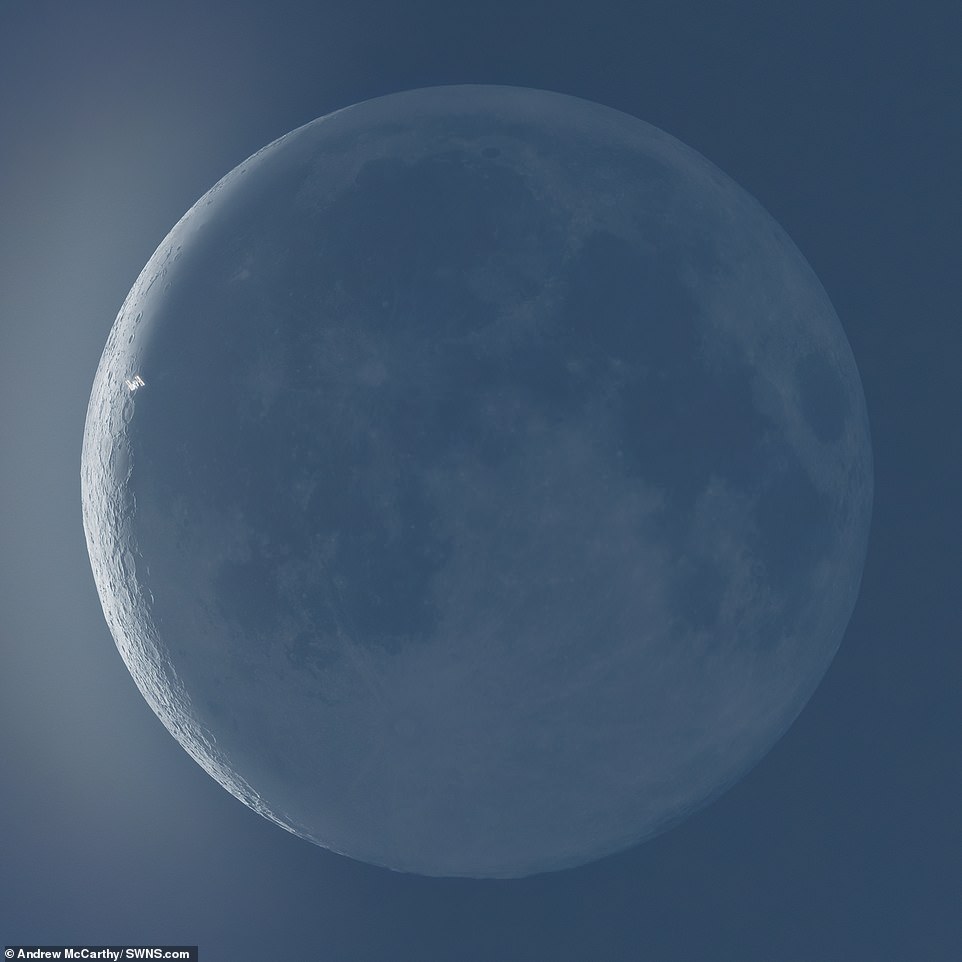 Sharing the photo on his Instagram page, @cosmic_background, Mr McCarthy wrote: ‘For less than a second, the sun aligned with the ISS and my backyard.

‘This shot is the result of planning, timing, and equipment.

‘I used two telescopes with cameras, one with a white light filter for ISS detail, and a solar telescope for surface details.

‘I managed to freeze a moment in time when the station was near some interesting prominences, and then aligned and blended the final images to get the perfect composition.’

And just days later, Mr McCarthy was lucky enough to spot the ISS again – this time, streaking across a tiny crescent moon in the night sky.

He wrote on Instagram: ‘It doesn’t get much cooler than this.

‘I spent hours scouting for the right location, hoping to capture something I’ve never seen before – the ISS transiting a razor-thin crescent moon.

‘Something about the way the illuminated ISS straddles the crescent gives it a sense of depth I had not yet been able to capture in my previous transit shots.’

The ISS, the orbiting laboratory which recently celebrated 20 years of human habitation, completes a trip around Earth every 90 minutes at a speed of around 17,130 mph.

The International Space Station (ISS) is a $100 billion (£80 billion) science and engineering laboratory that orbits 250 miles (400 km) above Earth.

It has been permanently staffed by rotating crews of astronauts and cosmonauts since November 2000.

Research conducted aboard the ISS often requires one or more of the unusual conditions present in low Earth orbit, such as low-gravity or oxygen.

The US space agency, Nasa, spends about $3 billion (£2.4 billion) a year on the space station program, a level of funding that is endorsed by the Trump administration and Congress.

A U.S. House of Representatives committee that oversees Nasa has begun looking at whether to extend the program beyond 2024.

Alternatively the money could be used to speed up planned human space initiatives to the moon and Mars.

My daughter is neglecting her kids just like her mum did

I Didn't Expect to Like The Princess Switched Sequel So Much, But Damn, I Think I Love It

Rare nine-legged octopus discovered by man boiling it for dinner