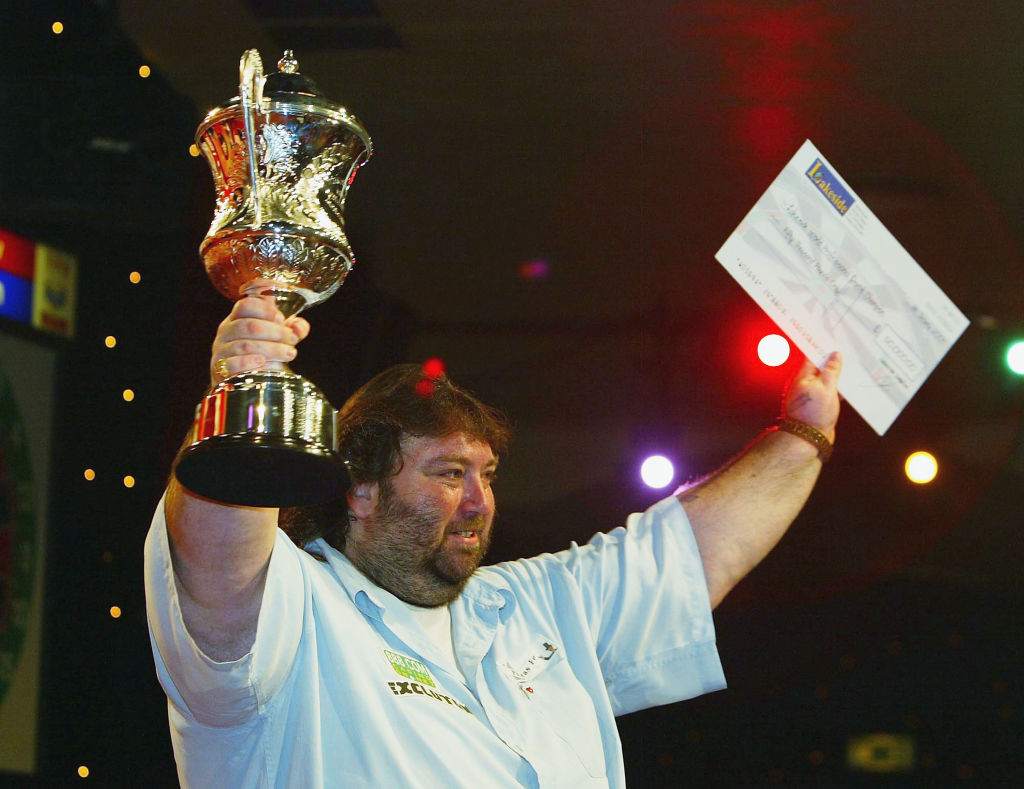 Andy Fordham, the former darts world champion and iconic figure in the sport, has sadly passed away at the age of just 59.

The Viking was one of the most recognisable figures in darts, with his career peaking when he won the 2004 BDO World Championship at the iconic Lakeside venue.

Fordham also claimed the BDO’s World Masters in 1999 and reached the World Championship semi-finals on four other occasions.

The former world champion has suffered numerous health problems notably back, groin and liver conditions, while he had to have an operation on his bowel last year to drain 16 litres of fluid from his body. He also suffered coronavirus earlier this year.

The Sun report that he died with his wife Jenny by his side.

Tributes have flooded in for the hugely popular star of the oche from his fellow players and voices in darts.

A statement from the BDO read: ‘The British Darts Organisation are deeply saddened to hear of the loss of the darts legend Andy (The Viking) Fordham, a true gentleman of the game who will deeply missed by all. Our hearts and thoughts are with his family at this time.’

Fellow former BDO world champion Stephen Bunting wrote on Facebook:’ Just heard the sad news about Andy Fordham. There was never a dull moment when Andy was around. So many good memories. I’ll miss you mate. RIP. my prayers and love are with all of the Fordham family at this sad time. Xx.’

Adrian Lewis, twice a PDC world champ, wrote: ‘Sad to hear the passing of a legend Andy Fordham our thoughts are with his family.

Another iconic figure from the BDO, Bobby George, tweeted: ‘Just heard the devastating news that Andy Fordham has passed away. He was a gentle giant and loved by all. Our condolences go out to his wife Jenny family and friends. RIP ANDY FORDHAM THE VIKING.’

Once a PDC World Championship finalist, Kevin Painter added: ‘Absolutely devastated to hear the news that Andy Fordham has passed away, a darting legend and one of the nicest guys on the planet, Thoughts are with the family at this time.. RIP Andy.’

For more stories like this, check our sport page

The delicious breakfasts you won't believe are low carb!