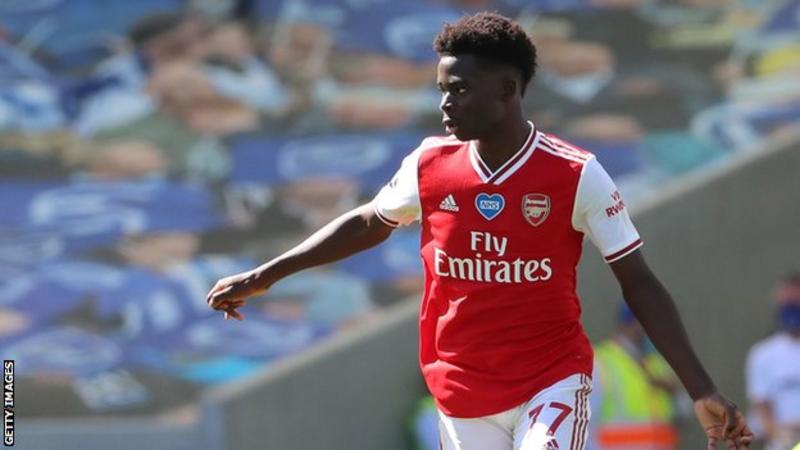 The 18-year-old has broken into the Gunners’ first team this season, making 33 appearances.

The versatile England Under-19 international’s previous deal was due to expire next summer, leading to reports he could leave.

“This is so important for us as we move forward as a club,” said Arsenal technical director Edu.

“This is something everyone involved wanted to happen and we are delighted that Bukayo has signed a new long-term contract.”

Saka, a product of the club’s academy, has scored three goals and provided 10 assists this campaign and has become increasingly prominent for the Gunners, starting all four matches since the season restarted after the coronavirus shutdown.

“He has impressed me with his work ethic and attitude to learn and adapt, and it has paid off in his performances.

“I am excited to continue working with him to develop him further, and for him to help us achieve our goals.”

Britain Shuts Borders, But The Shows Go On