Australia's leading arts organisations have met state and federal representatives to express the urgent need for emergency funding to stop the industry from collapsing amid the looming economic shutdown. 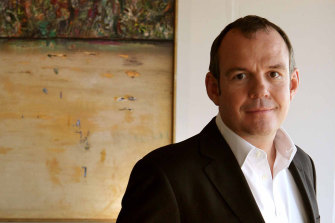 ‘We require funds within weeks, not months’: Richard Evans, LPA president and managing director of the Australian Chamber Orchestra.

The industry is calling for an $850 million stimulus package to support the arts sector until crowds are able to return to their performances.

"Speed will be of the essence as we have a number of state [arts] organisations, which will require funds within weeks, not months," Mr Evans told The Age and The Sydney Morning Herald.

"It remains to be seen how the state and federal emergency packages may be harmonised. However, there are some immediate concerns the state organisations face.

"We’ve already seen a number of organisations doing solvency checks in the last three to four days. Within six weeks I’m sure if there’s no package forthcoming we’ll see some early casualties and within three months we’ll see many more.

"My overwhelming concern is while we’re planning for a three-month closure currently, it may be much more likely that it will be six or more months.

"I feel confident the NSW government understands the concerns of the sector and is working as quickly as possible to put some options [on the table]."

Mr Fletcher acknowledged the sector's concerns and pledged to consider their suggestions for support.

"A number of practical suggestions were put forward during our discussion," he said.

"The information I obtained today from this roundtable will feed into whole-of-government planning on COVID-19 responses." 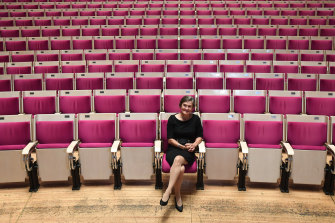 Meanwhile the Sydney Opera House has cancelled all public performances until at least March 29, when it will re-evaluate the decision based on the latest health advice.

Chief executive Louise Herron said the decision to cancel shows was not taken lightly, although the venue will not shut completely with public areas including food and venue tours to remain open.

"The Opera House was built to serve the community and it is our responsibility to take all necessary steps to ensure the safety of everyone on site and to protect members of the public by limiting the spread of COVID-19," she said.

"In difficult times people look to the arts for inspiration and strength. We will be focusing our programming efforts on how we can continue to inspire and uplift our audiences through digital and other means while our physical stages are not in use."

Patrons with tickets for upcoming events will be contacted to process refunds.