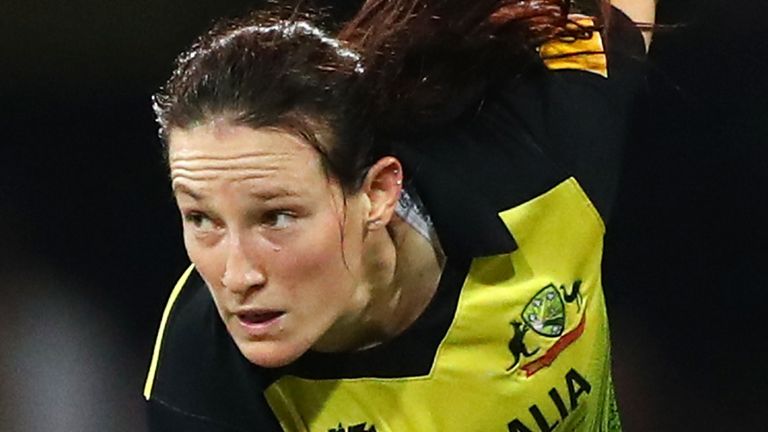 Australia’s Megan Schutt has admitted India’s Shafali Verma and Smriti Mandhana have the wood over her ahead of Sunday’s Women’s T20 World Cup Final.

Schutt bore the brunt of Verma and Mandhana’s attacking stroke-play when the teams clashed in last month’s Tri-series and the 27-year-old finds little comfort in her career statistics against India.

While her economy rate against India stands at 5.98 runs per over, it rises to 6.93 against India while her wickets also cost significantly more, coming at 24.66 runs apiece compared to a career average of 15.68.

“I just hate playing India – they’ve got the wood over me,” she said.

“Smriti and Verma have got me covered. That six Shafali hit me for in the tri-series was probably the biggest one I’ve ever been hit for.

“There are obviously some plans we’re going to revisit as bowlers. Clearly, I’m not the best match-up to those two in the Powerplay. They find me quite easy to play.

“We’re at that final we’ve been talking about for so long and against India, which is super fitting considering the tri-series we had. It couldn’t really be a bigger challenge for us.

“It’s not really a bad thing, it’s good we’re going up against a team we’ve played a lot recently and it’s the same for them as well.”

Schutt thought her once-in-a-lifetime shot at a home World Cup Final might vanish when rain threatened to wash out Thursday’s semi-final against India only for the skies to clear and allow a reduced match to take place.

The seamer took a crucial 2-17 to steer Australia to a five-run win over South Africa on the Duckworth-Lewis-Sterne method despite the absence of Ellyse Perry, who sat out the match with a hamstring injury. 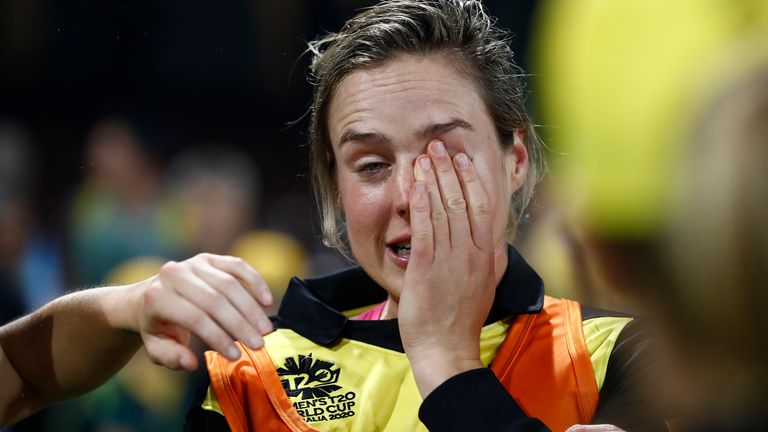 “I got off the field and Pez (Perry) had tears in her eyes and that made me immediately tear up,” she said.

“You just don’t see that emotion from Pez. For her, number one, to show the pain against New Zealand meant there was a serious injury there, she doesn’t normally show her pain.

“To come off the field and see the pure joy in her eyes, the tears as well, I could have cried in that moment and it shows the team character she is.”

Miley Cyrus Performs a Mini Concert at Home Amid COVID-19