Viewers of BBC2 wildlife series Bears about the House say they watched the latest episode of the series through tears after two bear cubs were stolen from the sanctuary that features in the programme.

Conservationist Matt Hunt, CEO of Free the Bears and Giles Clark, an animal expert and conservationist from the UK, rescued five-month-old moon bear cubs David and Jane in Laos and re-homed them at their sanctuary shortly after they were born.

Their mother had been killed by a poacher, who then tried to sell the cubs illegally online. David and Jane were malnourished when seized by authorities and had been brought back to health by the Bears about the House sanctuary. 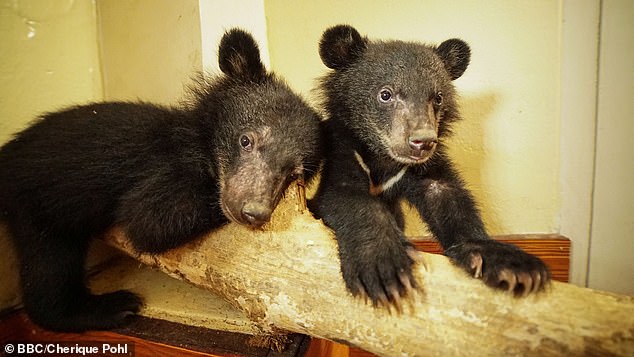 Viewers of BBC2’s Bears about the House were left devastated when two five-month-old bear cubs, David and Jane, (pictured) were stolen from their sanctuary after escaping a life of torture when authorities spotted them being sold online 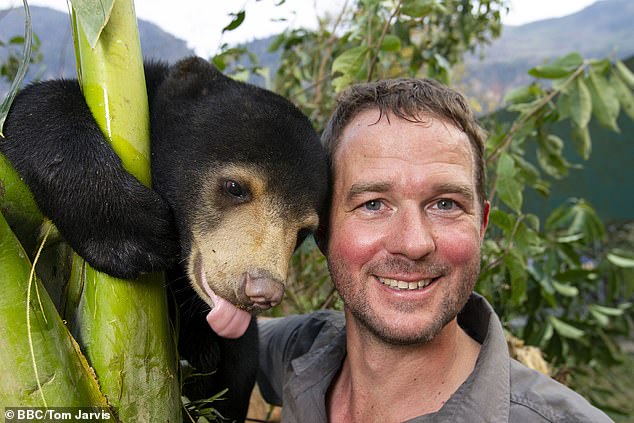 Giles Clark (pictured with Mary the Sun Bear), an animal expert and conservationist from the UK, rescued cubs David and Jane in Laos and helped re-homed them with Matt Hunt

After the cubs regained their strength and were moved to a permanent enclosure, thieves broke into the sanctuary and stole the bears once again, leaving viewers ‘heartbroken’ once more for the animals.

Viewers were left upset following the disappearance of the tiny animals, with one telling how devastated they were that David and Jane had fallen into the hands of ‘monsters’ once again.

‘Am absolutely heartbroken that the little brother and sister could be back in the hands of monsters. Sometimes I just despair’, wrote one viewer.

‘Devastated what happened to David and Jane but well done to all the team @freethebears for all the hard work and effort to save these bears from a horrific life’, added another.

A third simply said: ‘Gutted about David and Jane.’

Viewers were left heartbroken after the disappearance of the animals, with one telling how devastated they are David and Jane are in the hands of ‘monsters’ once again.

Another penned: ‘Just caught up with #bearsaboutthehouse truly heartbreaking what humans are putting them through, but also heartwarming that there are people like @GilesClark78 devoting their lives to help them.’

The show follows Matt and Giles as they rescue bears across South-east Asia; the animals would otherwise become part of the illegal wildlife trade and be likely sold as trophy pets, used for their meat in restaurants or processed for traditional Asian medicine.

The most valued part of a bear is their gallbladder, an organ that stores bile; some believe the digestive fluid that helps break down fat has medicinal qualities. 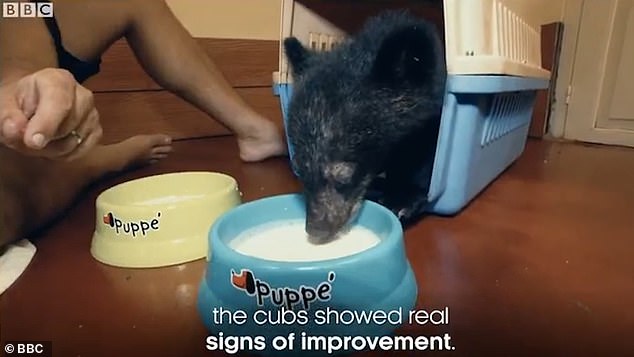 After arriving at the sanctuary following their initial rescue, the cubs quickly showed signs of improvement and soon had the energy to start playing with each other again 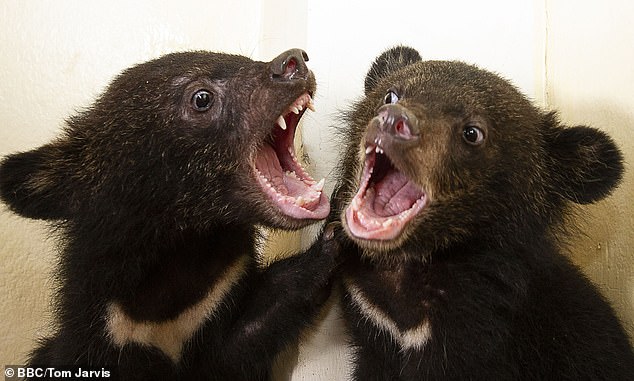 Over 10,000 bears across Asia are kept in cages in bear farms so their bile, which some believe has medicinal qualities, can be extracted to meet demand. Moon Bear cub siblings David and Jane are pictured play-fighting in the sanctuary

Over 10,000 bears across Asia are kept in cages in bear farms so their bile can be extracted to meet demand.

When David and Jane first arrived at the sanctuary, after being seized by authorities,  the pair were nervous around humans and Matt predicted their early life experience had been ‘hellish’.

Said Matt: ‘They were taken from the wild a week ago. They can be very nervous around humans and whatever they’ve been through so far has been pretty hellish.’

The cubs quickly showed signs of improvement and soon had the energy to start playing with each other again, and were moved to an outdoors enclosure at the sanctuary. 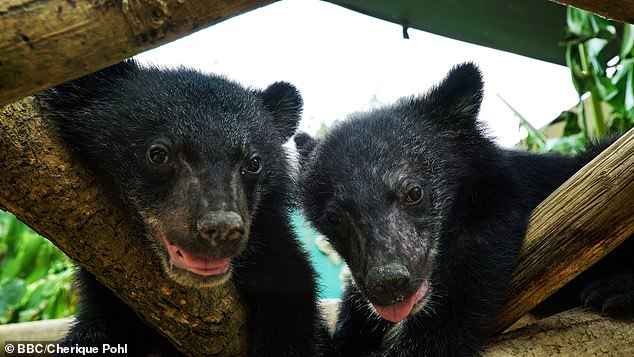 After regaining their strength, David and Jane were moved to a permanent outdoors enclosure in the sanctuary – where Matt and Giles now say they think they were watched ahead of being stolen 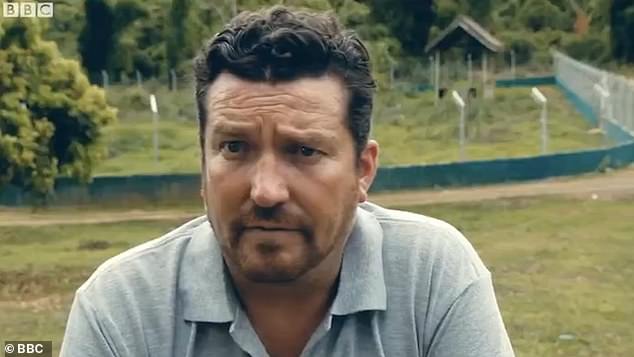 However, soon Matt received the terrible news that the pair had gone missing from the sanctuary, and guessed the animals were ‘being watched’ ahead of the theft.

He said: ‘The enclosure was locked, so it could be that someone has climbed over and grabbed the cub and thrown it in a bag and managed to climb back over without anyone hearing. It means we were being watched and targeted to get those bears.

‘Every time you get a bear you win a fight, but the battle isn’t over. I guess we just didn’t expect them to bring the battle to our doorstep.’

This is how much Alesha Dixon is actually worth