The Belgian Court has confirmed that Queen Mathilde and King Philippe have postponed a trip to Italy because of the Coronavirus.

Mathilde, 47, and Philippe, 59, had been invited for a state visit by Italy’s president Sergio Mattarella, and were expected to stay from 23 to 25 March.

However, due to the current emergency measures Italy has taken to prevent the spread of COVID-19, the official has temporarily asked the royal couple to postpone their visit to an unknown later date, local media sudinfo reported.

‘Belgium and Italy will agree on a new date as soon as possible, so that this visit, which confirms the excellent relationship shared by our two countries, happens in the most ideal circumstances,’ the court said in a statement. 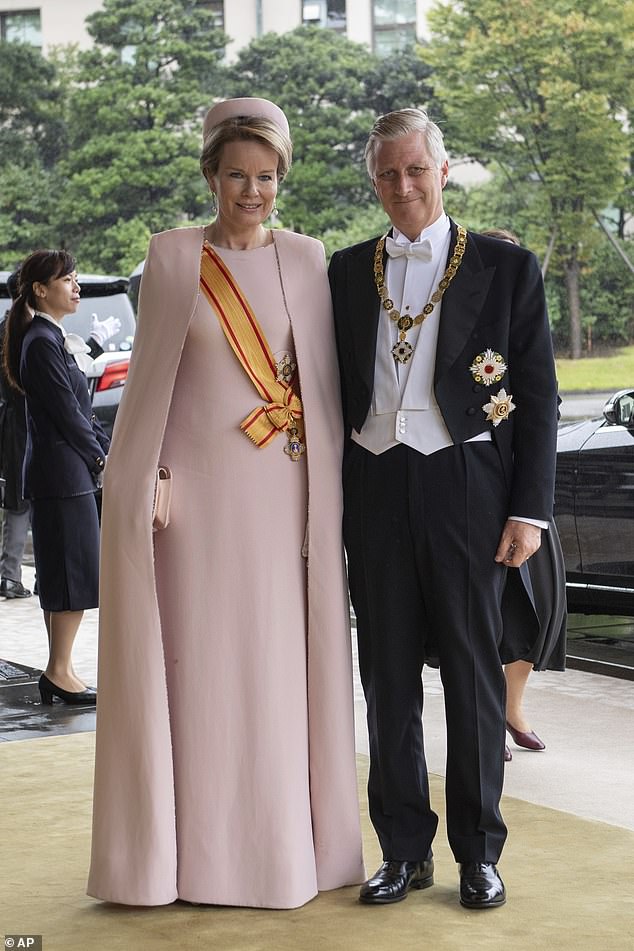 Belgium’s Queen Mathilde, 47, and King Philippe, 59, had been invited for a state visit by Italy’s president Sergio Mattarella but ha to postpone due to the Coronavirus (pictured the enthronement ceremony of Emperor Naruhito of Japan at the Imperial Palace in Tokyo in October 2019)

148 people have lost their lives to the virus in the Mediterranean country after it spread to the country’s 22 regions, forcing the government to suspend all schools and universities and roll out €8.4 billion rescue plan.

Meanwhile, 50 cases were confirmed in Belgium yesterday, with the Brussels Times reporting that the Belgian government is expecting these numbers to rise.

The Swedish royal family was also rocked by the virus this week, when Queen Carl XVI Gustaf of Sweden and Queen Silvia cancelled a formal dinner ‘out of consideration’ for their 150 guests.

King Carl XVI Gustaf, 73, and Queen Silvia, 76, were due to host 150 guests at the Official Government dinner Royal Palace, in Stockholm on Wednesday. 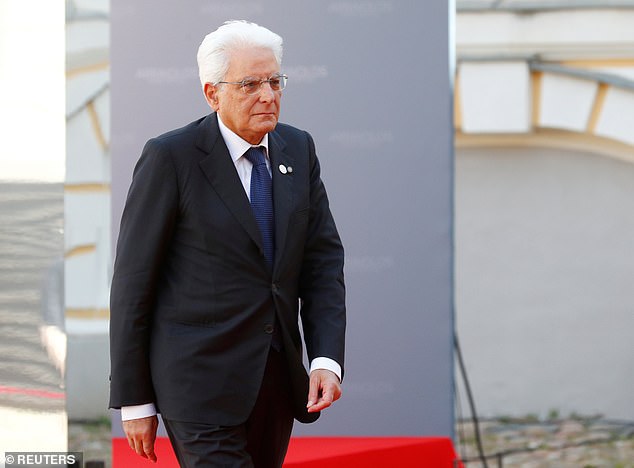 However the couple announced on Monday that the event had been cancelled.

In a statement released on Monday, the Swedish royal court said: ‘In recent days, a number of cases of infection from the novel coronavirus have been detected in Sweden.

‘The Public Health Authority considers the risk of detecting cases of covid-19 in Sweden to be high, but the risk of the infection spreading is considered low.

‘Awaiting further development of events, Their Majesties, as hosts, choose to postpone the Official Dinner that was planned to be held at the Royal Palace on Wednesday, 4 March. This is done out of consideration for the invited guests.’

Sweden’s Public Health Agency said it now sees the risk of imported cases and of Swedish citizens being infected abroad as ‘very high’, up from the previous assessment of ‘high’. 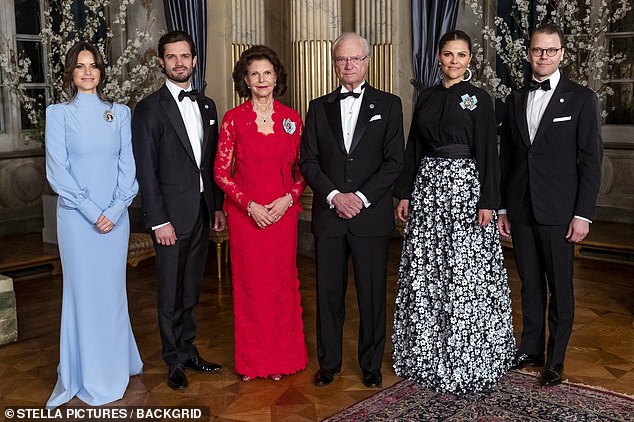 King Carl XVI Gustaf, 73, and Queen Silvia, 76, were due to host 150 guests at the stunning Royal Palace, in Stockholm, tomorrow night but cancelled amid coronavirus fears. Pictured, the couple (centre) with l-r: daughter-in-law Princess Sofia, son Prince Carl Phillip, daughter Crown Princess Victoria and son-in-law Daniel at an event at the Royal Palace in March 2019 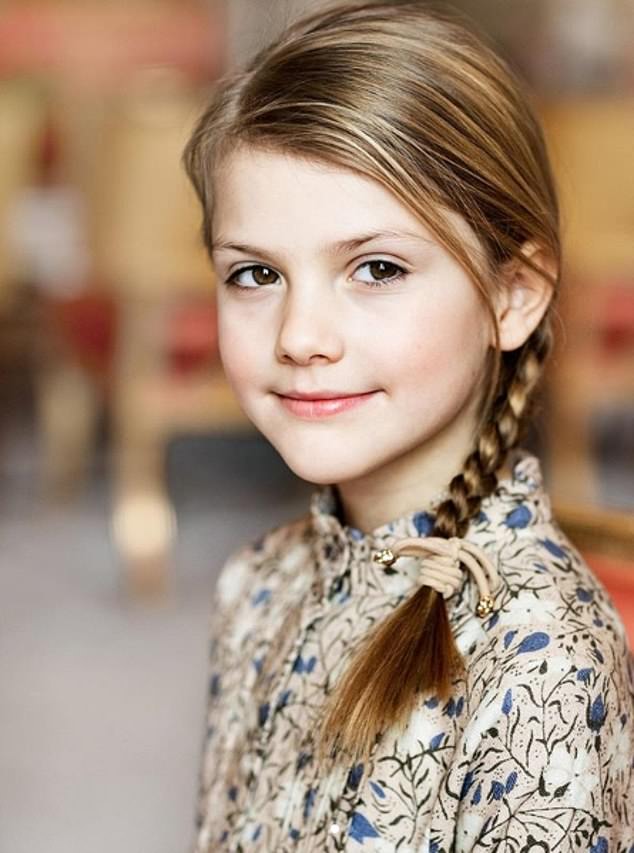 Princess Estelle of Sweden, eight, is studying at home after her Stockholm school closed following the confirmation that a pupil had contracted the Coronavirus

‘In particular the situation in Italy means that we now expect that Swedish citizens will be infected, and also come to Sweden with the infection,’ agency head Johan Carlson said.

Just yesterday, it was reported that their grand-daughter Princess Estelle, the eight-year-old daughter of Princess Victoria and Prince Daniel, was studying at home after her school, Campus Manilla in Stockholm, was closed after a pupil was confirmed to have contracted the virus.

Princess Victoria and Prince Daniel received a message from the school and had Estelle stay at home after the news came out. This is the first case of a child being affected by the virus in Sweden, where more than 100 cases have been reported, according to The Local.

Federation Square to improve links to the Yarra

Amazon’s Secret Coupons Section Will Save You Hundreds on Vacuums, Air Fryers, and More