Julian Fellows’ new drama Belgravia has prompted a mixed reaction from viewers, with some claiming they were instantly hooked while others branded the dialogue ‘clunky’ and ‘excerable’.

Last night’s episode of the ITV period drama, which follows the lives of the Trenchard family, who have recently ascended to the aristocratic society of London’s Belgravia, focused on young lovers Sophia Trenchard (Emily Reid) and Edmund Bellasis (Jeremy Neumark Jones).

Despite being from different social classes, they seemed like the perfect couple and decided to tie the knot in secret, but it was later revealed that Edmund had planned the fake ceremony in order to break Sophia’s vow of chastity.

Viewers took to Twitter to say that while everything looked convincing, the dialogue left a lot to be desired with one saying branding it ‘desperately tacky’. 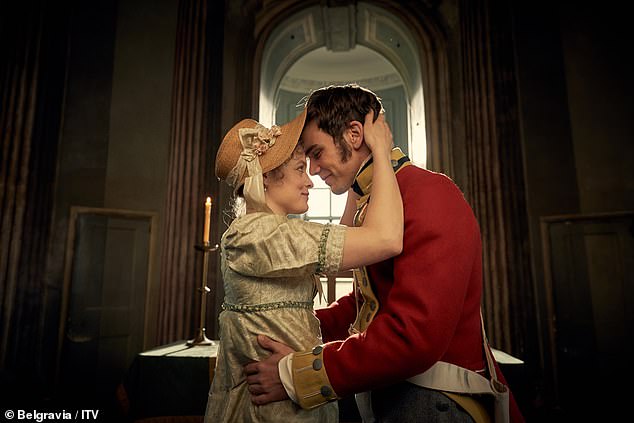 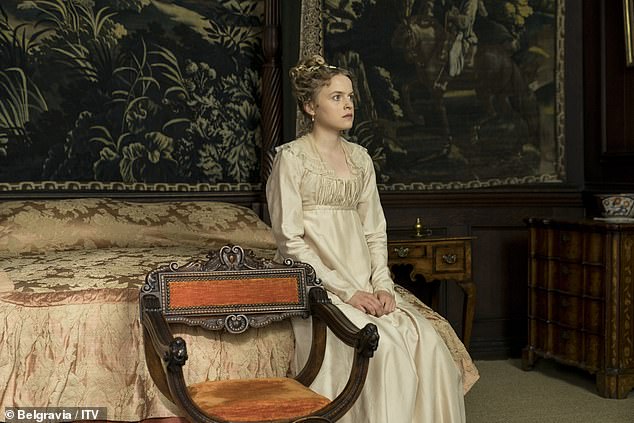 Viewers were shocked to discover that their wedding was actually a sham, and Edmund had planned the fake ceremony in order to break Sophia’s vow of chastity. Pictured, Reid as Sophia

Another added: ‘Is it just me or is the dialogue in Belgravia execrable? I feel sorry for the actors.’

A fellow commenter agreed, saying: ‘As usual Fellowes has thrown every cliché the book at Belgravia. Predictable dialogue – but it looks wonderful.’

However, it didn’t put everyone off with one viewer saying: ‘Clunky expositional dialogue, gorgeous costumes, upstairs/downstairs tension. I’m going to love #Belgravia with every fibre of my being.’

Another criticised the dialogue, but added: Will I stick with it? Of course. It’s high-end aristo soap.’ 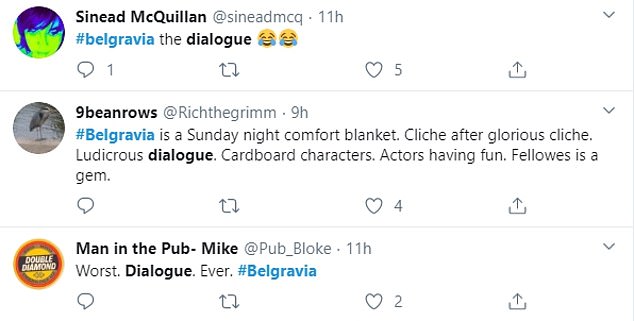 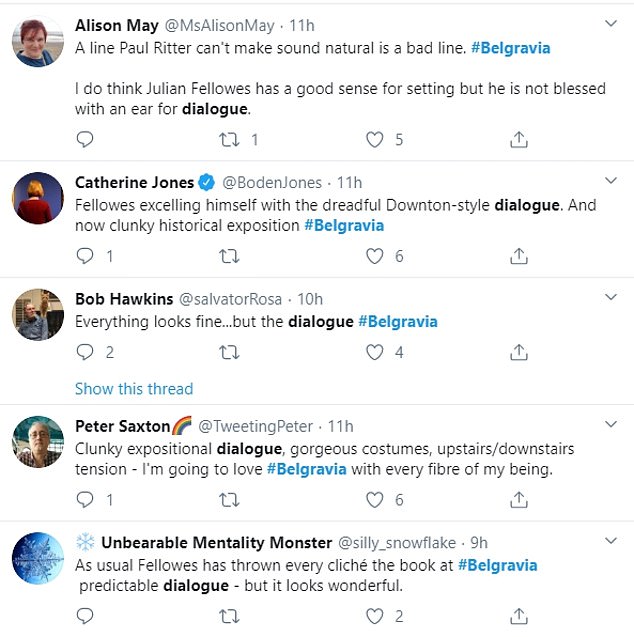 Viewers took to Twitter to complain about the ‘clunky’ Belgravia dialogue, with one branding it ‘desperately tacky’

And many said that the drama was exactly what’s needed amid the coronavirus pandemic, with one describing it as ‘somewhere to escape to in these scary times’ and another branding it ‘pure escapism’.

Anoother said: ‘Belgravia is definitely my kind of show! Love Julian Fellowes! Love a period piece! Love secrets! So excited to see where the rest of the series goes!’

A third agreed: ‘Just bawled at the end of #Belgravia, brilliant acting. Took a while to warm up but a really good first episode!! Love a period drama’ 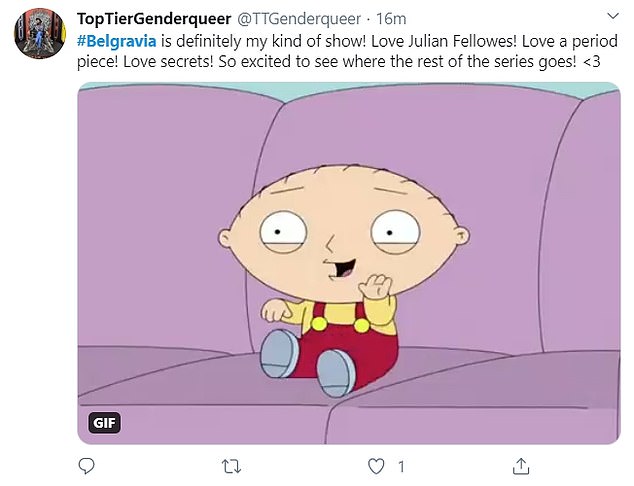 Viewers quickly took to Twitter, and one insisted they were hooked by the emerging ‘secrets’ of the show, while another commented on ‘the audacity’ of the villainous character

The episode began as the Trenchard family, who had recently ascended to the aristocratic society of London’s Belgravia, had been begrudgingly invited to the now- legendary Duchess of Richmond’s ball on the eve of the Battle of Waterloo.

On arrival, Sophia Trenchard and Edmund Bellasis embraced each other before parting ways – at which point it was announced Edmund must go to war, where he died on the battlefield.

Some years later when Sophia’s parents, the upwardly mobile Trenchards, moved to the fashionable Belgravia, they found themselves rubbing shoulders with the venerated Brockenhursts.

Following the meeting, it was revealed that Sophia too passed away, and that she had a secret child with her partner out of wedlock – after he duped her into thinking they were married by orchestrating a false ceremony. 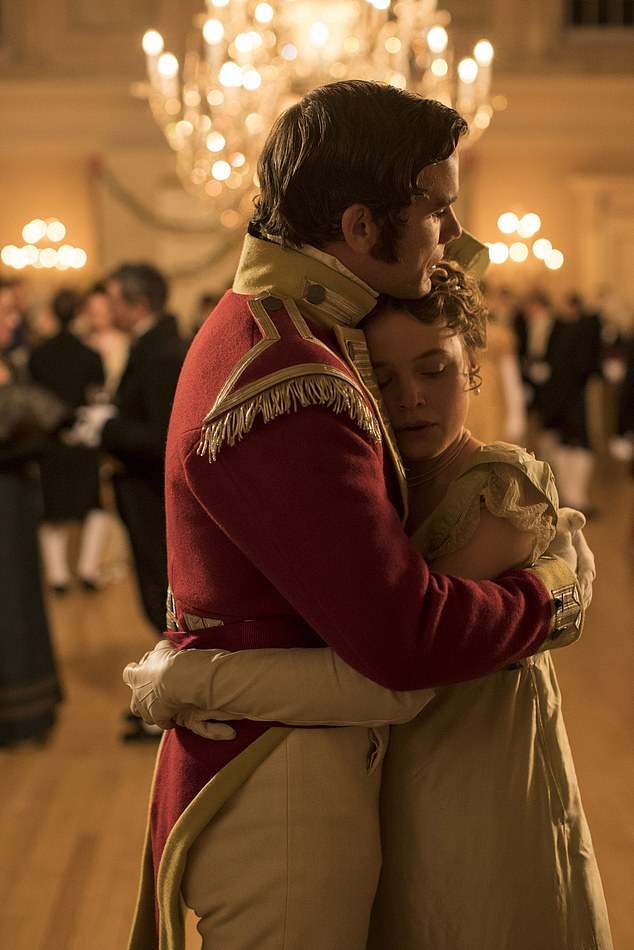 At the now legendary Duchess of Richmond’s ball, Sophia Trenchard and Edmund Bellasis embraced each other before parting ways (pictured) 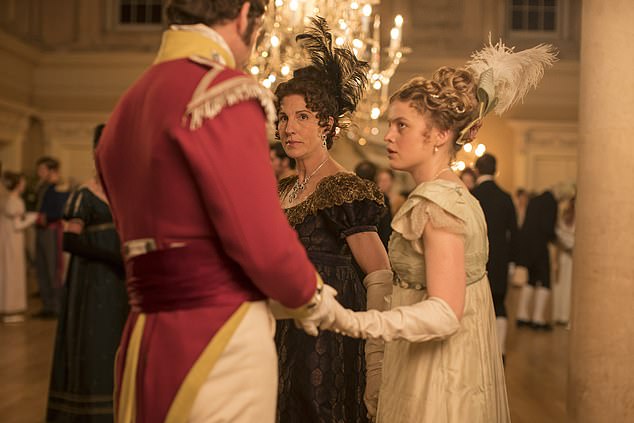 Sophia was terrified when it was announced Edmund must go to war, where he died on the battlefield (pictured at the ball)

The shocking scene started with Sophia revealing: ”I’m going to have a child,’ to which Anne questioned: ‘You foolish, foolish, stupid fool. How could it happen? How could you let it happen?’

‘I thought we were married’, replied Sophia, to which Anne responded: ‘Didn’t you know you needed father’s permission for it to be legal? You’re only 18.’

‘Edmond found a pastor to marry us in a little chapel near the city. We left and went back to his lodgings and that was when it happened.’

Anne then went on to say that she assumed the ceremony was false.

‘I never suspected it, not for a moment. Edmund spoke of his love and our future right up until the ball and the night of the battle,’ replied Sophia.

‘As we came out into the street there was a group of officers, Edmund’s regiment and one of them was the parson who had married us, he was a soldier, a friend of Edmund who turned his collar round to deceive me.’ 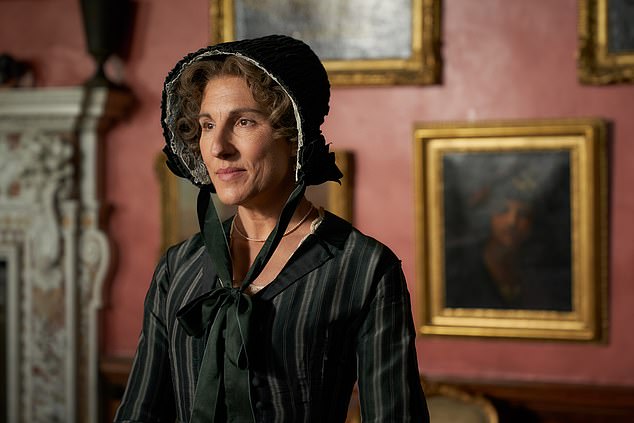 Following the meeting, Susan learned that Sophia too passed way, and that she had a secret child with her partner out of wedlock. Pictured, Tasmin Greig as Anne Trenchard 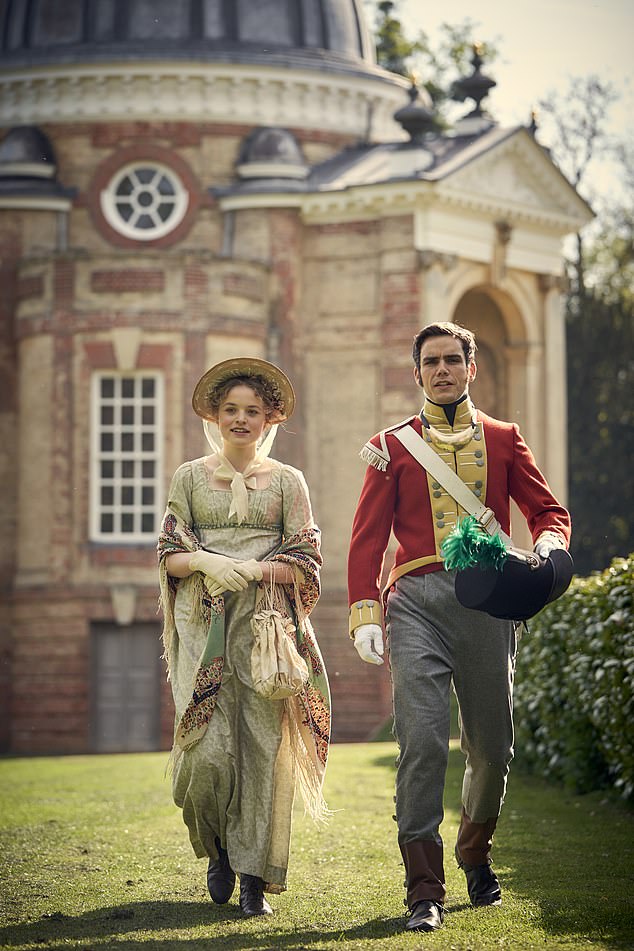 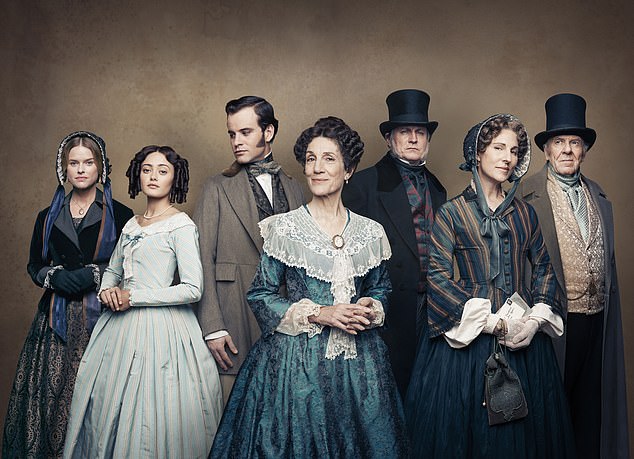 ‘The moment I saw the man I knew I’d been duped. I was not heading for a golden future. I was a stupid girl who was used like a street walker I suppose I clung to the idea he would explain but he was killed before he had the chance.’

Later, Sophia was seen secretly giving birth after her mother had already hatched a plan to discreetly hide the child from the wider world.

The harrowing scene showed Sophia give birth to her baby with her mother by her side, but while she gave birth to a healthy boy, the doctor was unable to stop Sophia from bleeding. 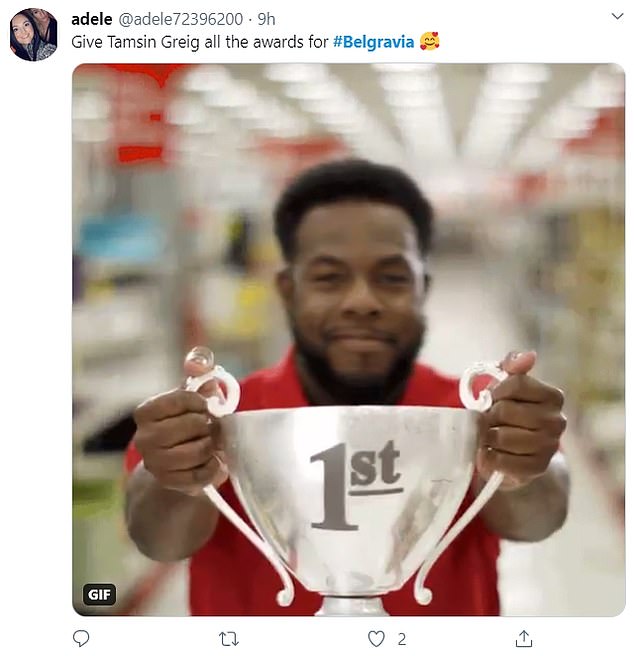 Viewers were left heartbroken following the turn of events, with many praising ‘amazing’ the performance of Friday Night Dinner star Tamsin

She said: ‘Look after him, won’t you? Promise me mama, whoever takes him in, make sure they love him. Give my best love to papa, try not to blame him’.

Viewers were left heartbroken following the turn of events, with many praising ‘amazing’ the performance of Friday Night Dinner star Tamsin.

One commented: ‘Give Tamsin Greig all the awards for #Belgravia’

A second said: ‘Absolutely loved #Belgravia. Once I discovered the amazing #TamsinGreig was playing the lead, I knew it would be good. Julian Fellowes writes great parts for women. Just the sort of drama we need right now.

A third joked: ‘If Coronavirus doesn’t kill me, watching Tamsin Greig in Belgravia will.’

This Thai national park will post garbage back to litterbugs