TEAM GB star and double Olympic champion Max Whitlock met his toughest competition yet – after he was grilled by a group of Essex school kids.

The five-time medallist was put through his paces by pairs of youngsters aged four, five and six while hoping to talk to them about their future goals. 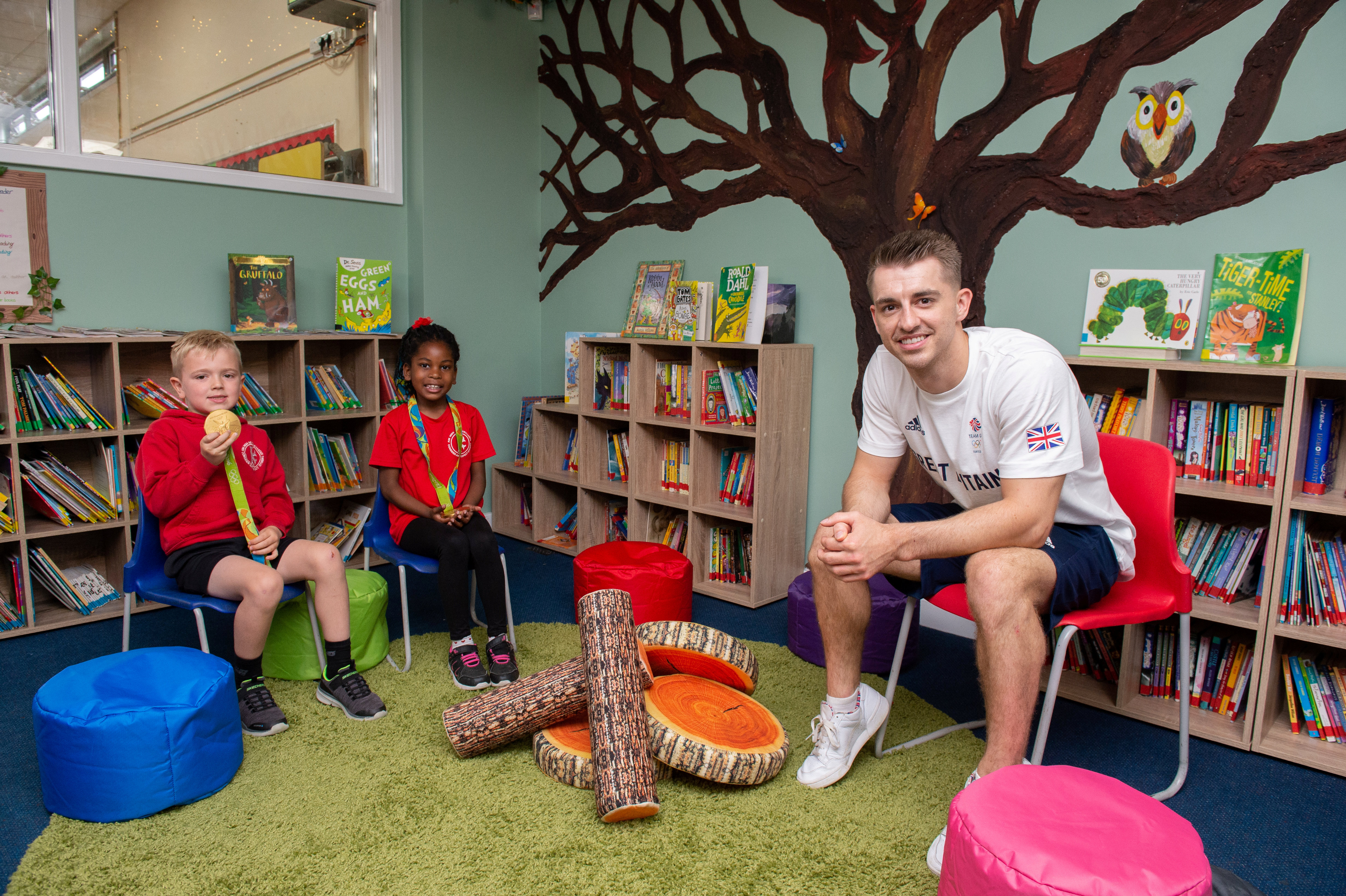 But the kids had other plans, hilariously asking him how much money he had in the bank and cheering him on to do a handstand.

When Whitlock was able to keep the youngsters – from Kingston Primary School – on-task, he found kids with big dreams, including several that wanted to be firefighters or vets.

The video was created by Birds Eye Green Cuisine, the official plant-based supporter of Team GB for the Tokyo 2020 Olympic Games which start on July 23.

Aged 28, Whitlock is the most-successful British artistic gymnast in history – having won two golds and three bronze medals at the London 2012 and Rio 2016 Olympics.

Whitlock said: “It’s been a brilliant day finding out what kids are hoping to do when they’re older.

“It was great to see so many want to do jobs that help others – like being a vet, a doctor or a firefighter.

“I’m so lucky in that I’ve been able to live my dream job – it’s what I’ve always wanted to do.

"One of the things I’ve spoken to the kids about is the importance of the right diet to give you the fuel and power to succeed. 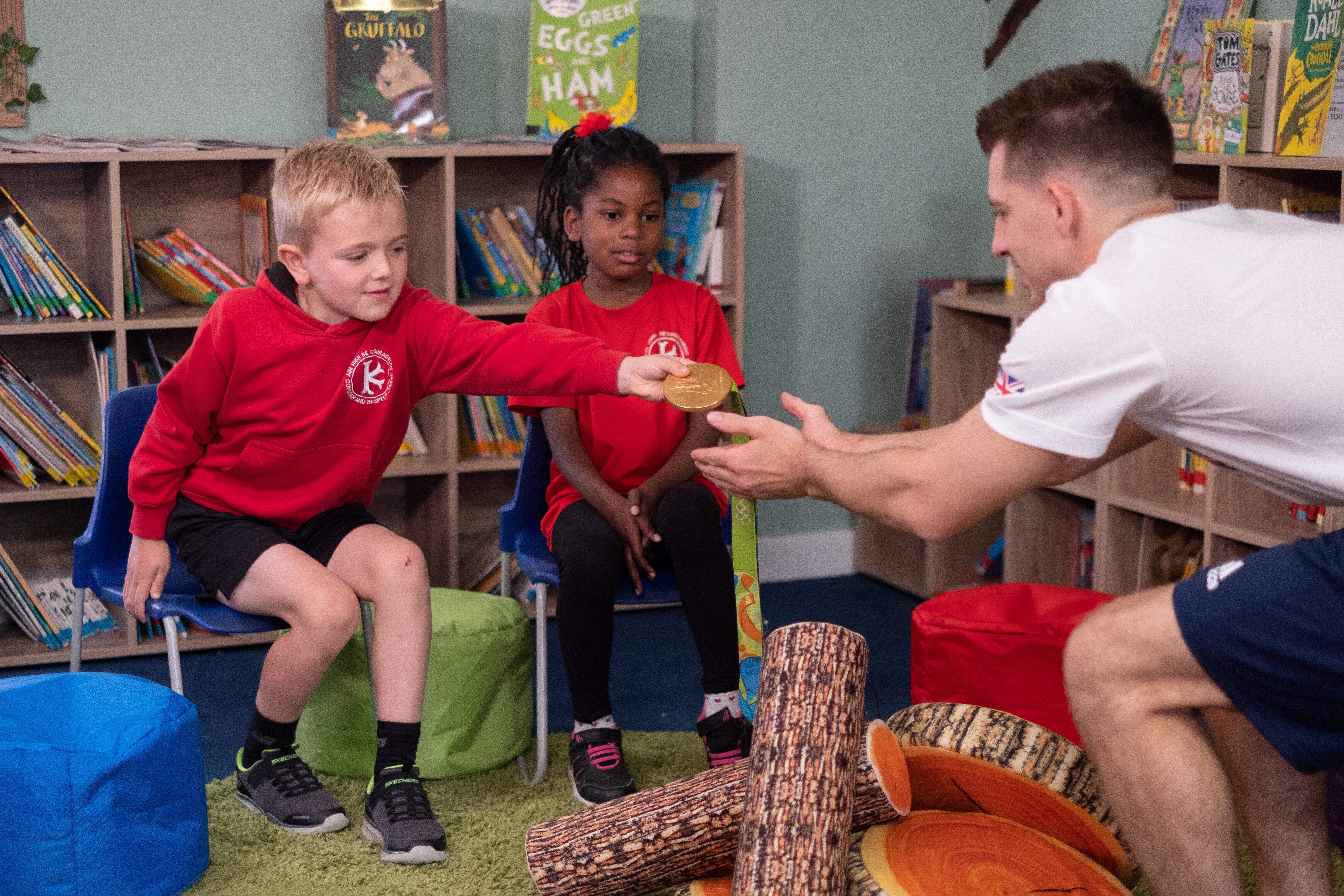 “The food I eat I believe plays a major part in preparing well in my profession.

"A flexitarian diet enables me to eat healthily, whilst getting the fuel I need to perform – so I’d encourage any youngster to do the same give themselves every chance of achieving their goals.”

Birds Eye also commissioned research of 1,000 parents and their school-age children to see how career aspirations can change over time.

It found three quarters of adults have gone down a different career path from the ‘dream job’ they had as a child.

But 53 per cent of regret not doing more to follow their dream.

As a result, 78 per cent think it’s important to help their children follow their own life goals.

And nine in ten feel they are doing ‘everything they can’ to help their kids do just that.

Of the 1,000 six to 16-year-olds polled, the top dream job was revealed to be a scientist, picked by nearly one in ten. 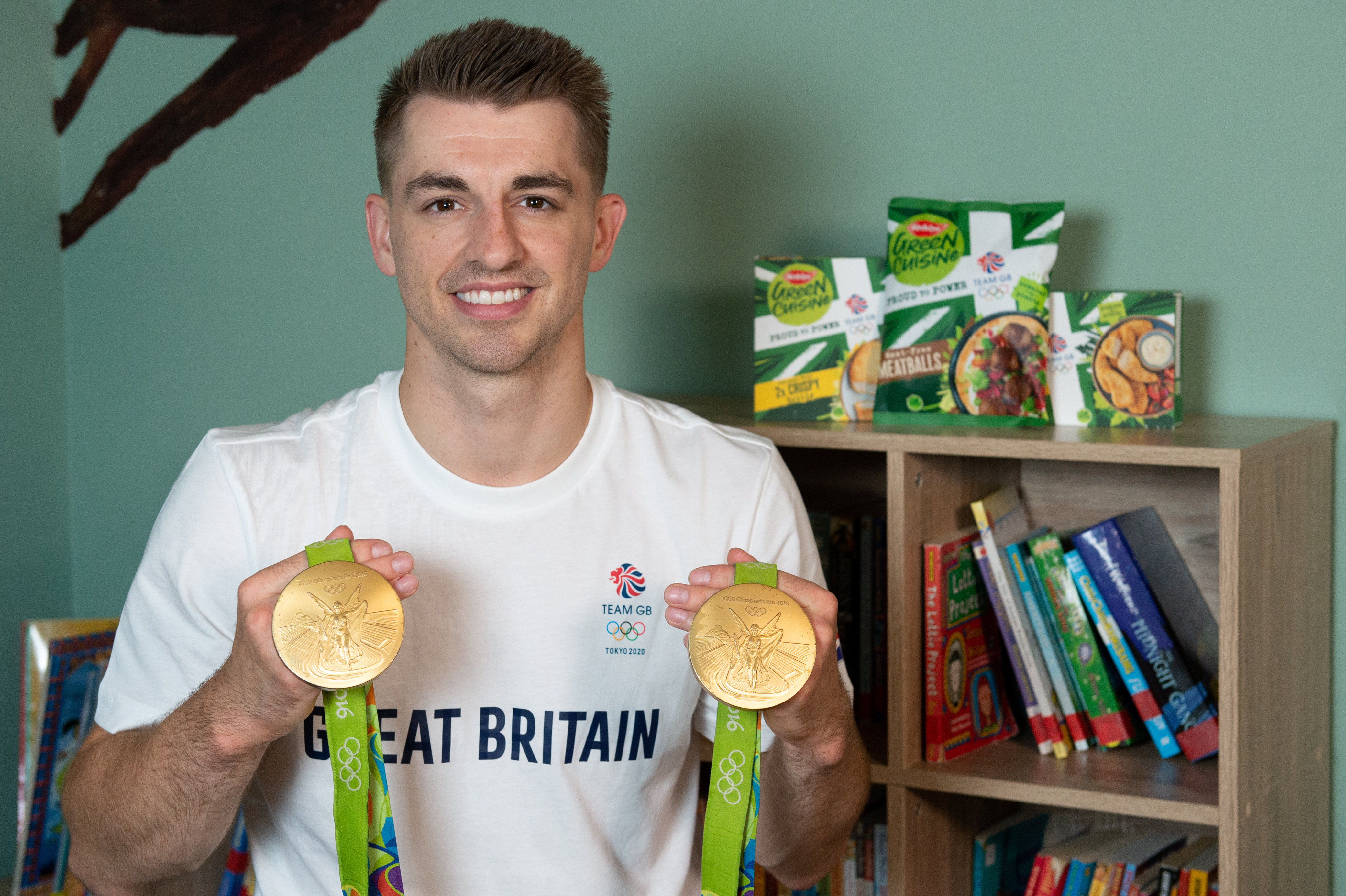 An athlete in a team sport was second on the list, such as being a footballer, cricketer or rugby star, while a doctor was third.

Nearly eight in ten (78 per cent) believe their parents support them all the way in following their dreams.

Another 40 per cent said watching people live their dreams at big events like the Tokyo 2020 Olympic Games makes them more determined to follow their own goals.

It also emerged seven in ten kids think it’s important to consume healthy food to help them work hard and be the best they can be, according to the OnePoll research.

Sarah Koppens, spokesperson for Birds Eye Green Cuisine, added: “Max is a perfect example of someone who grew up with a real passion for something, in his case gymnastics.

"Coupled with his commitment and determination, he was able to turn it into a dream come true.

“We want to help inspire the next generation of young people and help them believe in the extraordinary.”