Home » Lifestyle » BT broadband vs Sky – Cheaper prices for customers but which will really saves the most?

BT and Sky have both announced big price cuts to their broadband packages which will help reduce the cost of your monthly internet bills. BT is currently giving customers the chance to get Superfast Fibre speeds at its lowest ever price and Sky has a couple of “Limited time offers” which are also helping to drop things to a more reasonable level.

So, if your current contract has expired and you’re thinking about switching supplier which of these deals really offers the best value for money?

First up, let’s look at BT. The telecoms giant has two deals which offer lower prices on broadband with things starting from £27.99 per month. That price is for its 50Mbps Superfast Fibre and lasts for 24 months with no upfront fee to pay.

FIND ALL THE BT DEALS HERE 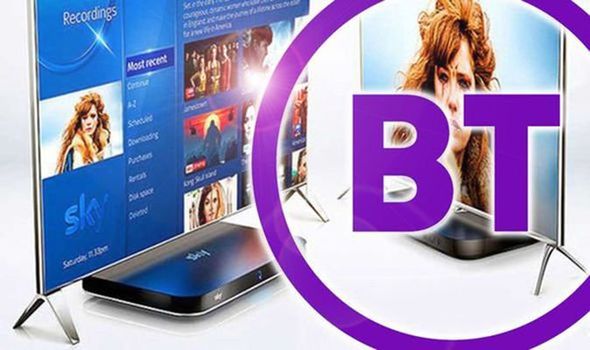 So those are the offers from BT, but what about Sky?

The satellite TV firm has two discounts available right now which include Superfast fibre for £25 per month.

Sky’s Superfast speeds are up to 59Mbps which is slightly faster than BT’s but this deal only lasts for 18 months meaning you could face higher prices once the contract ends.

FIND ALL THE SKY DEALS HERE

One final deal from Sky is for its Superfast and WiFi Guarantee service.

This currently costs £30 per month and includes Sky’s speed and WiFi guarantee which means you should never suffer from a poor service.

Both BT and Sky are offering similar speeds at a very similar price.

However, if you don’t mind signing up to a 24-month contract then BT could be your best bet as you won’t have to worry about changing plans until 2022.

However, If that long-term deal sounds too much then Sky’s 18-month plan could be a better option – although you’ll need to make sure you renegotiate your deal as soon as this price has ended.

This article contains affiliate links, which means we may receive a commission on any sales of products or services we write about. This article was written completely independently, see more details here.

Oprah Will Give a Commencement Speech For the Class of 2020