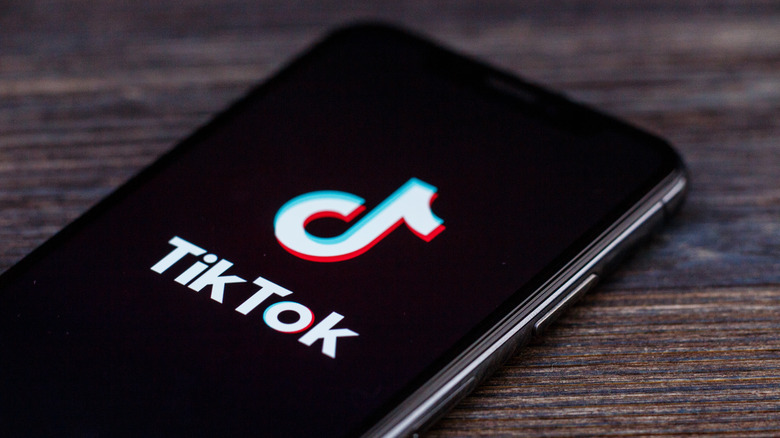 TikTok has created a fascinating phenomenon in which users are pretty open-minded to trying out even the most outlandish of trends. From DIY vampire fangs, to face waxing, and even putting erectile dysfunction cream on your lips for a plumper pout, there appears to be no limit to the trends on TikToks (per the New York Post). While some of the trends are meant to be silly or funny, many others are aimed at helping users find life hacks to bettering their health and/or mind. But as a result, this often leads to young people seeking advice from social media instead of from professionals, doctors, or scientists.

TikTok users can amass incredibly high views by trying out trends for themselves. According to The New York Times, hashtags are typically used on the app in order to bring mass awareness to a particular trend, or as the outlet called it, “for various ‘challenges,’ or jokes, or repeating formats, or other discernible blobs of activity.”

So what’s the latest and greatest TikTok trend, you might be wondering? According to social media users, it’s something called “lettuce water,” which allegedly is meant to help you sleep better.

What exactly is the lettuce water trend? 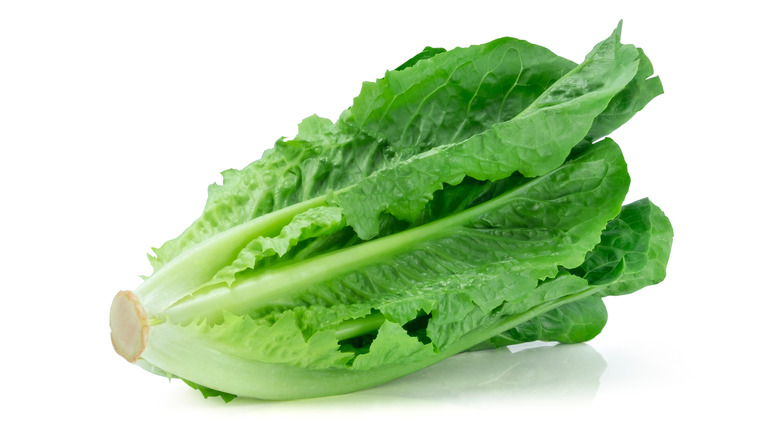 The hashtag “lettucewater” has collected over 26 million views on TikTok, according to Today. In these videos, users are boiling water, pouring it over romaine lettuce, and then drinking it like tea. The trend suggests that doing so will help make you drowsy and subsequently sleep better. The process itself doesn’t appear to be particularly pleasant, as the consensus appears to be that it tastes pretty bad. One creator even explained it as tasting “how asparagus pee smells.” Another user even found some “critters” floating in the lettuce water after having boiled it.

But despite any off putting sights, smells, and tastes, both of these TikTokers claim that the experiment was successful. They each documented their experiences, both claiming to have been super drowsy and unable to stay awake before they ultimately fell asleep and slept heavily. There have been countless other TikTok accounts who reported having very similar experiences after drinking the lettuce water.

But is there any truth to the claims?

The experiment is suggested to have worked on mice 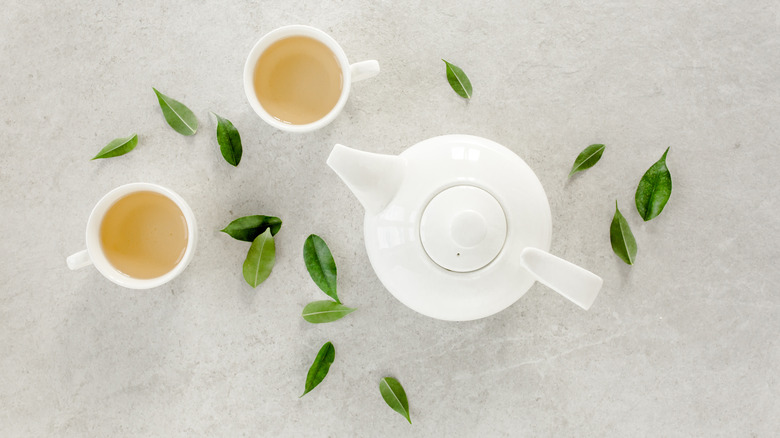 TikTok user “The Real TikTok Doc,” a verified plastic surgeon and self-proclaimed wellness doctor with 6.6 million subscribers, responded to the trend with his own video. He explained that for there to be any chance of the trend working, you must pour your boiling water over romaine lettuce, as it is high in “lactucin and lactucarium” which are chemicals that allegedly promote sleep.

He added that this experiment has actually been tested on mice before, which has proven to be successful. In fact, according to a study conducted on mice in South Korea in 2017, romaine lettuce did actually prove to be “an interesting and valuable source of sleep-potentiating material” (via Today). However, other sources suggest that this information isn’t exactly accurate, and that the lettuce didn’t help the mice fall asleep faster, but instead, it helped them sleep longer after having already fallen asleep. Some sources even suggested that the mice were actually given sleeping agents before the studies were conducted (via Newsweek). 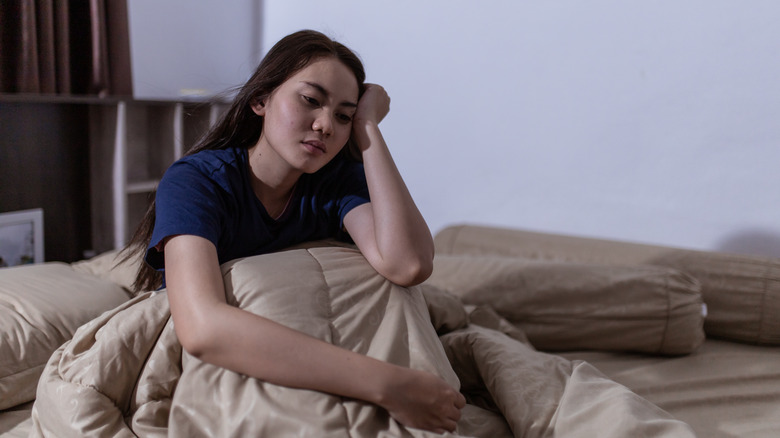 As for humans, there doesn’t appear to be such luck when it comes to drinking lettuce water for a good night sleep. Per Very Well Health, “There are no well-designed clinical trials on the topic conducted with humans as subjects.” Indeed, the study simply hasn’t been conducted enough on humans to verify its legitimacy — but even if it has, studies suggest that lettuce wouldn’t have the right properties to help a human actually fall asleep, and its potential effectiveness on mice can’t be applied to humans. According to Today, while the compounds lactucin and lactucarium do have properties that can help with sleep, they would need to be present in much larger quantities than one could get out drinking lettuce leaf water.

If you’re struggling with falling asleep, Very Well Health suggested that instead of drinking lettuce water, you can lower the temperature of your bedroom, limit light exposure, avoid consuming caffeine and alcohol close to bedtime, and make your bedroom a quiet and relaxing space.

45 Winter Hashtags For Instagram, Because You’re Snow Ready To Strike A Pose