CARPHONE Warehouse will close all of its 531 standalone stores next month, in a move that will lead to 2,900 job losses.

The store closures are part of a plan to turn around the retailer's mobile business, its parent company Dixons Carphone said. 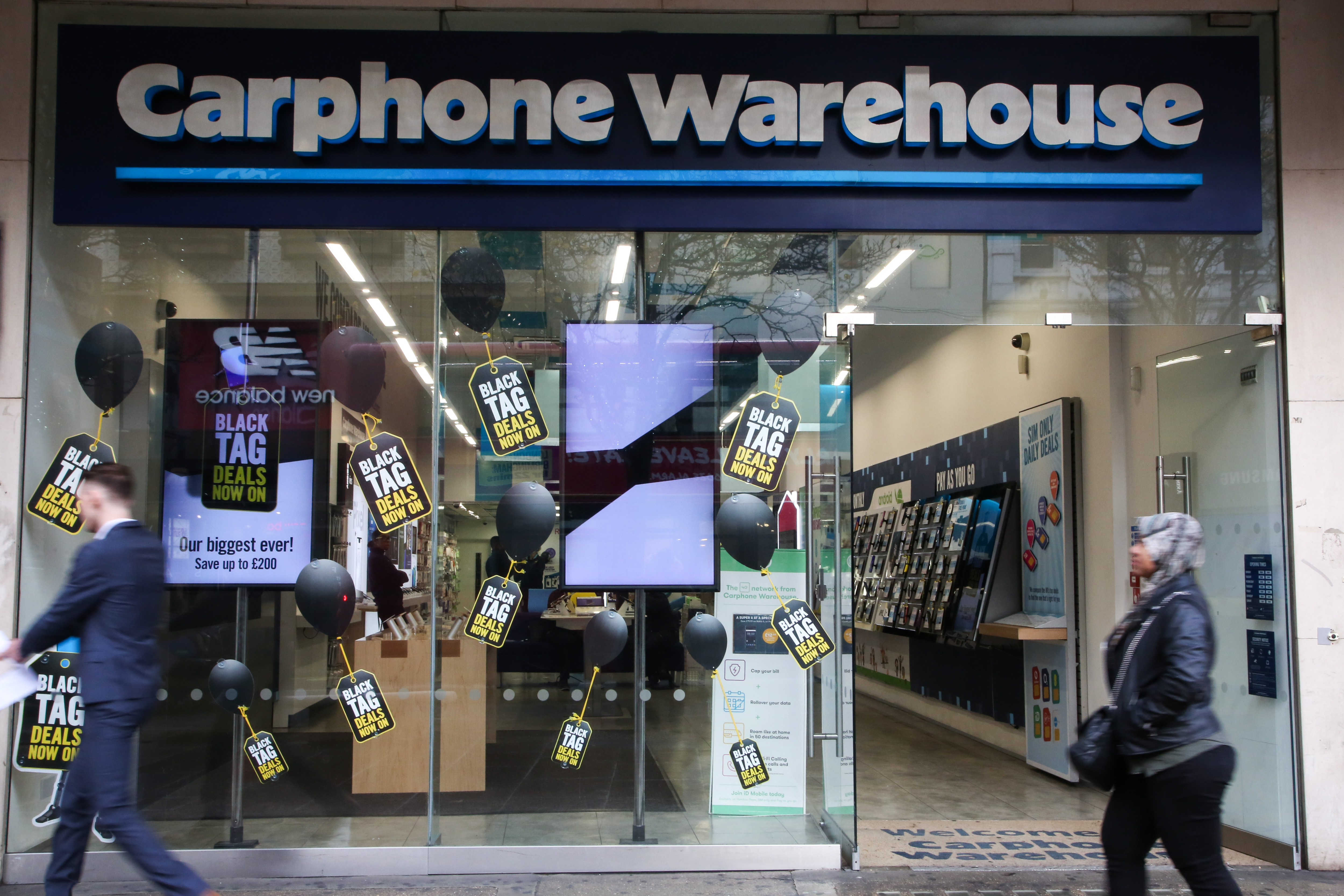 The retailer expects another 1,800 staff affected by the store closures to be able to find new jobs within the business.

There are Carphone Warehouse shops inside 305 big PC World and Curry's stores, and these won't be affected by the changes.

Carphone Warehouse said customers will be be able to go to the big stores for service while mobile offers will still be available online and the carphonewarehouse.com site will remain open.

The standalone stores, which represent 8 per cent of Dixons Carphone’s total selling space in the UK, will close on April 3.

Your rights if you're made redundant

IF you're being made redundant, you may be eligible for the below, according to GOV.UK.

The group's 70 Carphone Warehouse stores in Ireland will remain open and its international operations are unaffected.

Chief executive Alex Baldock said the move comes as customers are increasingly buying online and from its big stores which sell computers and TVs as well as mobiles.

The aim is to return this side of the business, which will lose £90million this year, to profitability.

The news is another blow to the struggling high street, which saw department store chain Beales go into administration in January, putting 23 stores and 1,052 jobs at risk.

In November, Mothercare also collapsed into administration after 58 years on the high street, putting 2,500 jobs at risk.

Mr Baldock said: "There's never an easy time for an announcement like this, but the turbulent times ahead only underline the importance of acting now.

"We’re working hard to look after those colleagues we can’t find new roles for, financially and otherwise.

"We’ll pay enhanced redundancy, any bonuses, honour their share awards, and help them find new jobs through an outplacement programme."

Trouble on the high street recently

CARPHONE Warehouse isn't the only retailer to have struggled recently.

In 2018, Carphone Warehouse shut 100 stores as it grappled with changing consumer habits.

Last year, it was then fined over £29million for mis-selling phone insurance.

And as recently as January, Dixons Carphone was fined £500,000 after hackers targeted 14million customers following a data breach.

'Sex and the City': Why Do We Never See the Characters' Family Members?