What’s more fun than re-watching your favorite television shows? Hearing what its stars have to say about the episodes! Join Wonderwall.com as we take a look at a few of our favorite celebrity-hosted podcasts about television shows, from teen dramas to hit sitcoms… starting with this duo’s show. If you’re anything like us, you were totally obsessed with living vicariously through Ryan Atwood and his affluent friends on “The O.C.” when it debuted on FOX back in 2003. In April 2021, two of the hit teen drama’s former stars, Rachel Bilson (who played Summer Roberts) and Melinda Clarke (who portrayed Julie Cooper-Nichol) joined forces to take fans on walk down memory lane back to Newport Beach on their podcast “Welcome to the OC, B******!” In addition to recapping each episode of the series, the ladies also interview the people who brought the show to life from creator Josh Schwartz to co-stars Peter Gallagher and Tate Donovan. They even address gossip — including the oh-so-juicy rumors surrounding Mischa Barton’s departure from the series.

When The WB’s “One Tree Hill” debuted, fans gravitated toward the three female leads on the series — Haley, Brooke and Peyton, who were played by Joy Lenz, Sophia Bush and Hilarie Burton, respectively. June 21, 2021, marks the launch of the first episode of their “Drama Queens” podcast. “Quarantine hit and I was doom scrolling like everyone else. And the number of people who were posting about how in this really scary time at the start of the pandemic, they were starting ‘One Tree Hill’ over again, really kind of hit me,” Sophia told People magazine. “I was like, this show has something magic about it. It feels really evergreen to so many people.” The podcast, according to the actresses, is in some ways a reclaiming of the series following allegations that were made against creator Mark Schwahn for exhibiting inappropriate behavior on set. “So let’s be very clear that it feels great to be executive producing this podcast together,” Sophia added. “We’re like, ‘Oh, who’s in charge? We’re in charge.’ Yeah. We’re in charge and it’s great. I love it. I love a reclamation.” The weekly podcast will revolve around Joy, Sophia and Hilary reliving and re-watching each episode of all nine seasons.

In March 2020 at the start of the coronavirus pandemic, Zach Braff and Donald Faison, who starred alongside one another on NBC’s “Scrubs,” began hosting the podcast “Fake Doctors, Real Friends.” The weekly show sees the “real-life best friends” reliving each moment of their hit series in addition to disclosing their favorite behind-the-scenes moments. They’ve also brought on some “Scrubs” superfans as well as fellow co-stars like Sarah Chalke and John C. McGinley and the show’s creator, Bill Lawrence.

Another podcast hosted by two actresses from a hit sitcom? That would be “Office Ladies” with Angela Kinsey and Jenna Fischer. The ladies who portrayed Angela Martin and Pam Beesly on “The Office” give an exclusive breakdown of each episode of the hit NBC series. “I think the podcast came along at a perfect time because of the 15th anniversary,” Angela told Vulture in 2019. “Jenna and I were hanging out at my house, and I was renovating my guest room and home office area — my husband put a desk in the corner, and I had three boxes full of photos and memorabilia from ‘The Office’ on top of it... We became really nostalgic for the show by hanging out and looking through all of the boxes of stuff, so I said to her I really wanted to re-watch the show fully. I hadn’t done that since we made the show, and neither did Jenna, so we collectively had this ‘Why don’t we do this?’ moment. Why not? It’s the anniversary, so let’s reminisce and share the memories with the fans.”

What the fork?! While we’re sad “The Good Place” is over, we can rejoice in the fact that there’s a podcast dedicated to the show. “The Good Place: The Podcast,” which is hosted by Marc Evan Jackson — who portrayed Shawn on the Michael Schur series — gives listeners an exclusive look into behind-the-scenes details of the series. Marc has also previously sat down with special guests including D’Arcy Carden, William Jackson Harper and Eleanor Shellstrop herself, Kristen Bell.

“Community” stars Ken Jeong and Joel McHale joined forces to co-host “The Darkest Timeline,” a podcast dedicated to their old sitcom! The podcast, which began airing during the coronavirus pandemic and was recorded in a socially distanced fashion (all through FaceTime), discussed a range of topics covering everything from the series to the global health crisis. Alison Brie, Whoopi Goldberg and Seth Green were among the weekly show’s guests.

The buzz surrounding Netflix’s “The Crown” has yet to taper off, so it makes total sense that there’s a podcast to accompany it it! Scottish television personality and DJ Edith Bowman, who hosts the bi-weekly podcast, gets exclusive early access viewing privileges for the series — something she doesn’t take lightly. “I was watching wherever I could,” Edith told the Evening Standard in 2019 when the podcast launched. “I had to be really careful about who was looking over my shoulder in case anyone was watching. I felt a bit like a secret agent.”

Hosted by former co-stars Steve Schirripa and Michael Imperioli, “Talking Sopranos” does exactly that — it discusses all things pertaining to the iconic HBO series on which they starred. Recognized as the “definitive re-watch podcast” for the show, the weekly episodes feature anecdotes and behind-the-scenes fun facts. As well as discussing their own friendship and experiences in showbiz, Steve and Michael also conduct interviews with cast members and other guests like Steve Buscemi, Annabella Sciorra and Alec Baldwin.

Drea de Matteo — who won an Emmy for her portrayal of Adriana La Cerva on “The Sopranos” — joined forces with best friend Chris Kushner to launch “Made Women,” a re-watch podcast for the HBO drama. Episode by episode, the ladies discuss themes in the show and how they relate to their personal lives.

“West Wing” actor Joshua Malina and composer-producer Hrishikesh Hirway co-host the “The West Wing Weekly” podcast, which gives an in-depth analysis of each episode of Aaron Sorkin’s old NBC drama series. “I’ve been a frequent guest on other people’s podcasts, and I have always wanted to find something that I could call my own,” Joshua told NPR in 2016. Allison Janney, Martin Sheen and Bradley Whitford are among the podcast’s former guests.

Real question — who hasn’t binged an entire season of “RuPaul’s Drag Race” before? “Race Chaser,” which is co-hosted by fan favorite drag queens Alaska and Willam, is a podcast dedicated to dissecting each episode from every season of RuPaul’s hit reality competition series from the backstage drama to the hottest gossip.

If the apocalypse comes, beep me! “Buffy the Vampire Slayer” superfans Jenny Owen Youngs and Kristin Russo are the voices behind the “Buffering the Vampire Slayer” podcast. The bi-weekly re-watch podcast also features guests familiar to any “BTVS” fan from James Marsters and Charisma Carpenter to Kristine Sutherland and Seth Green.

If just watching the long-running MTV reality competition series isn’t enough, consider listening to this podcast. Co-hosted by “The Challenge” alum Derrick Kosinski and his friend Scott Yager, “Challenge Mania” sits down with previous, current and upcoming competitors to chat about everything the competition series has to offer — from rivalries to eliminations and more. 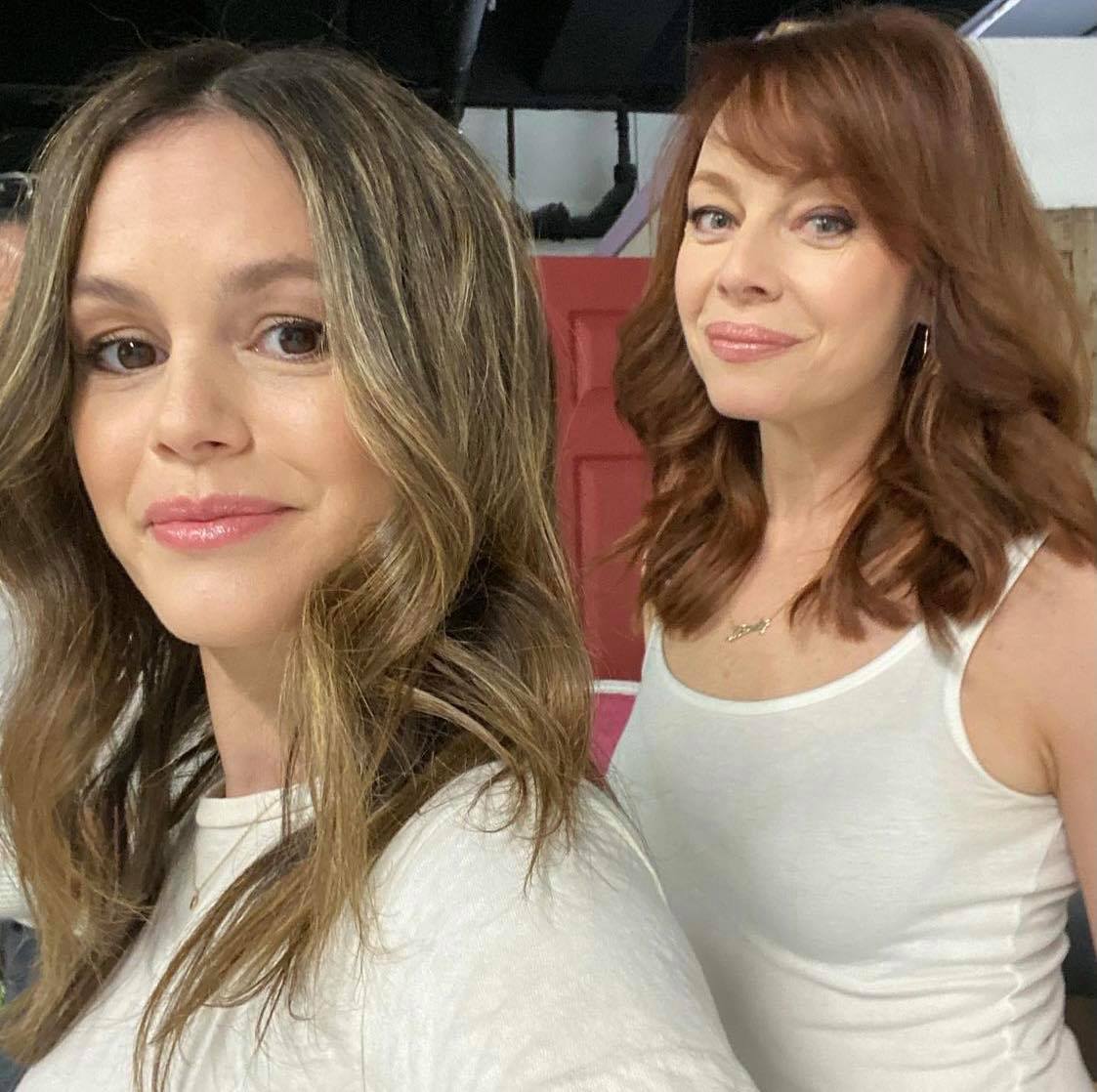 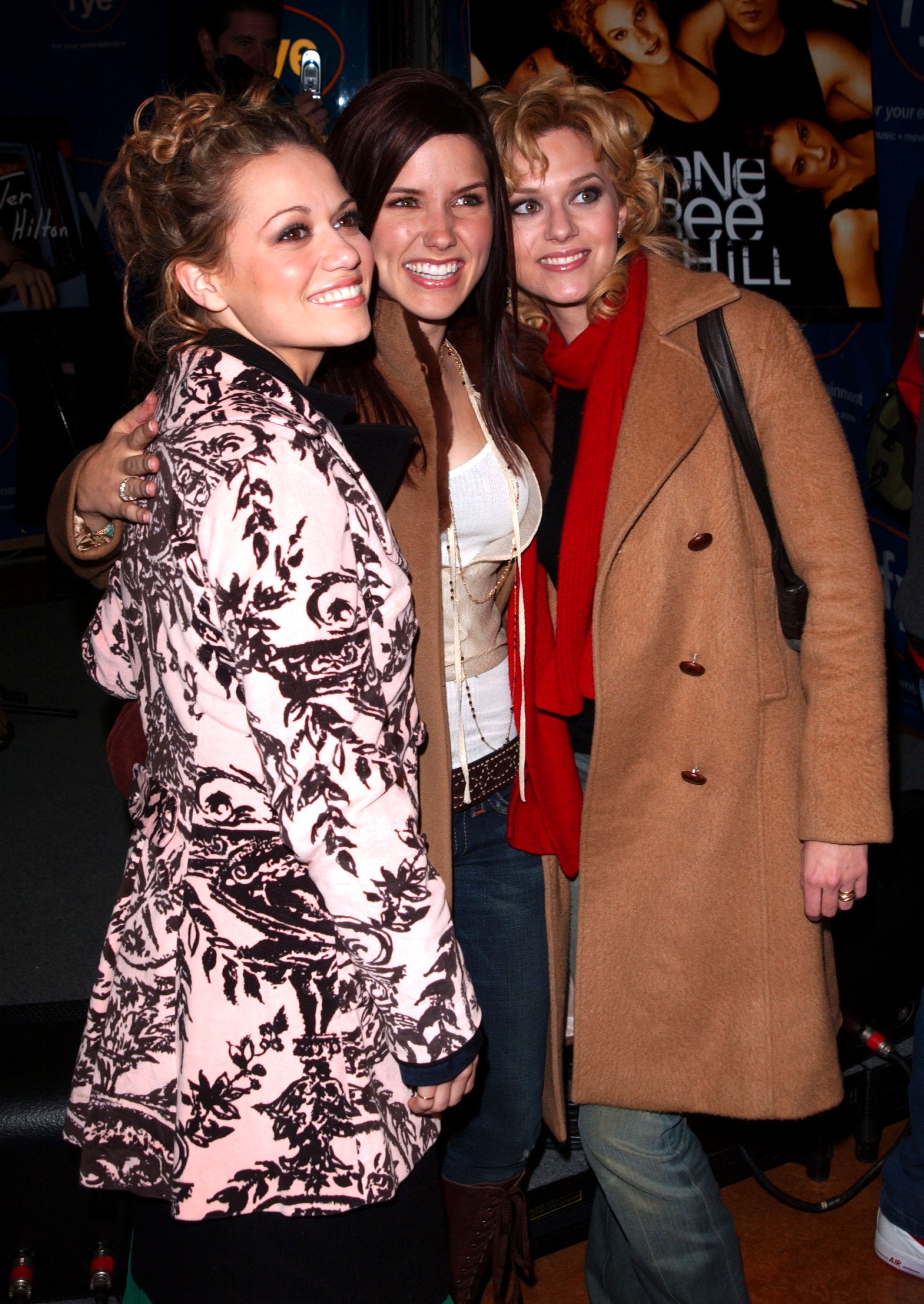 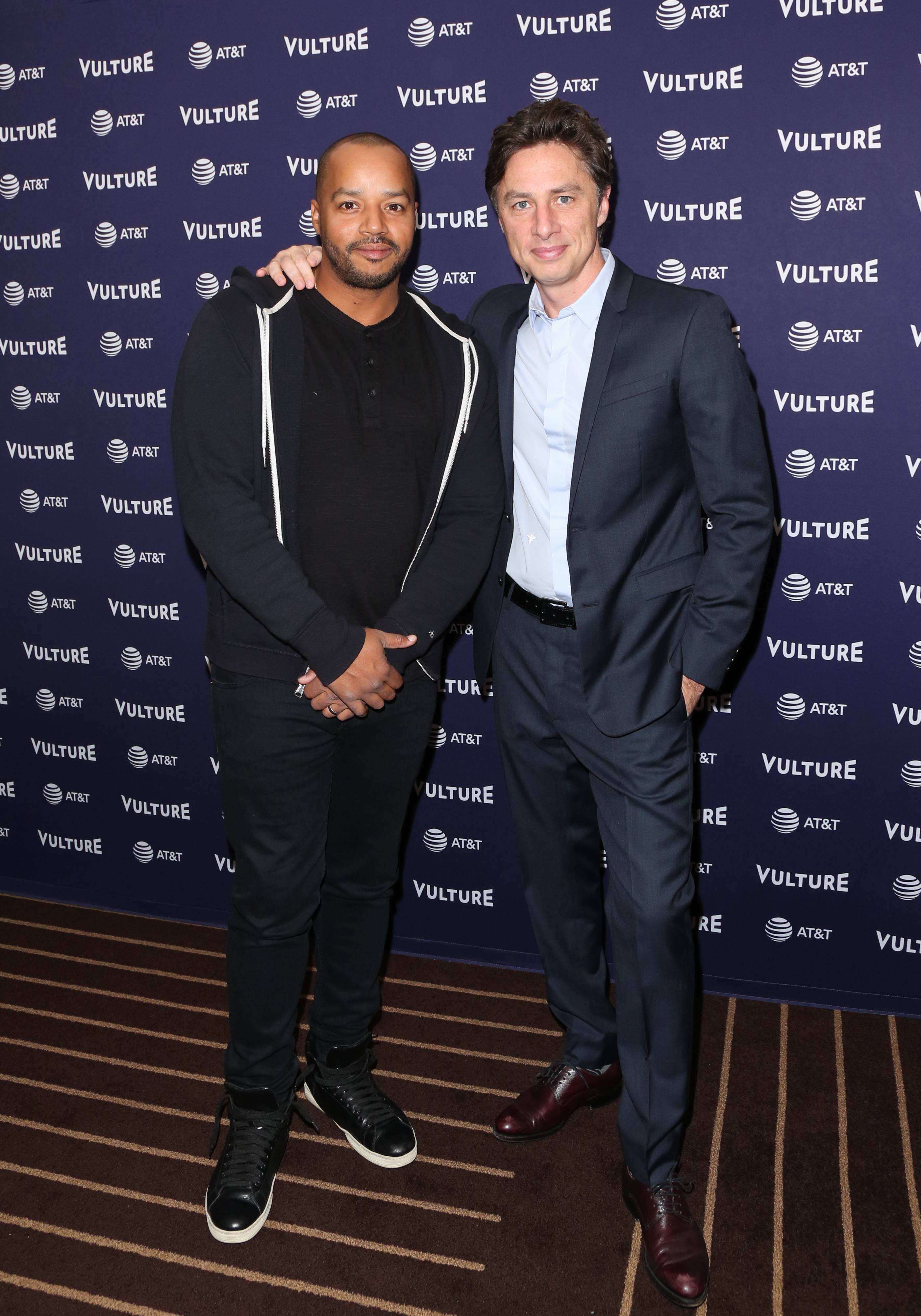 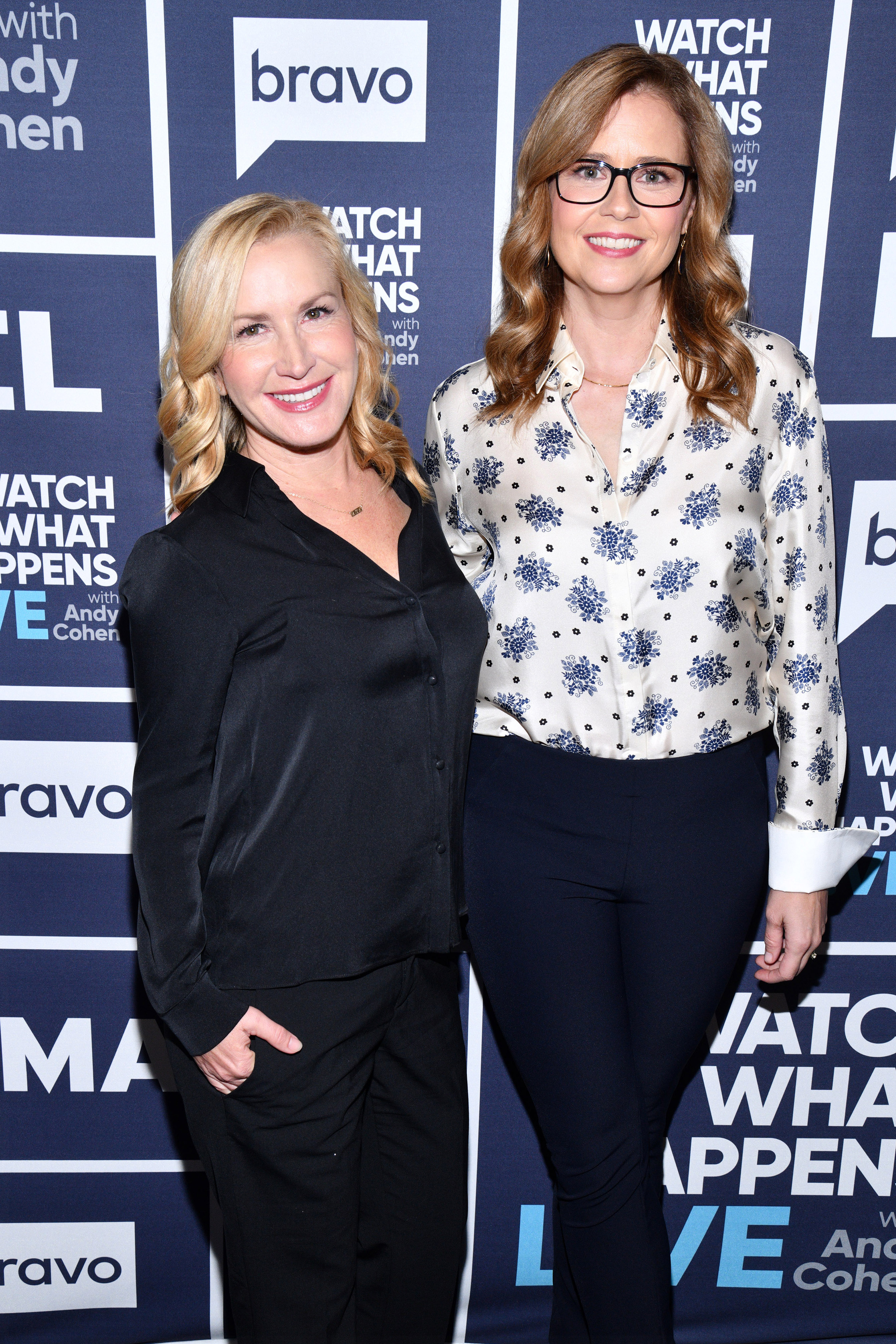 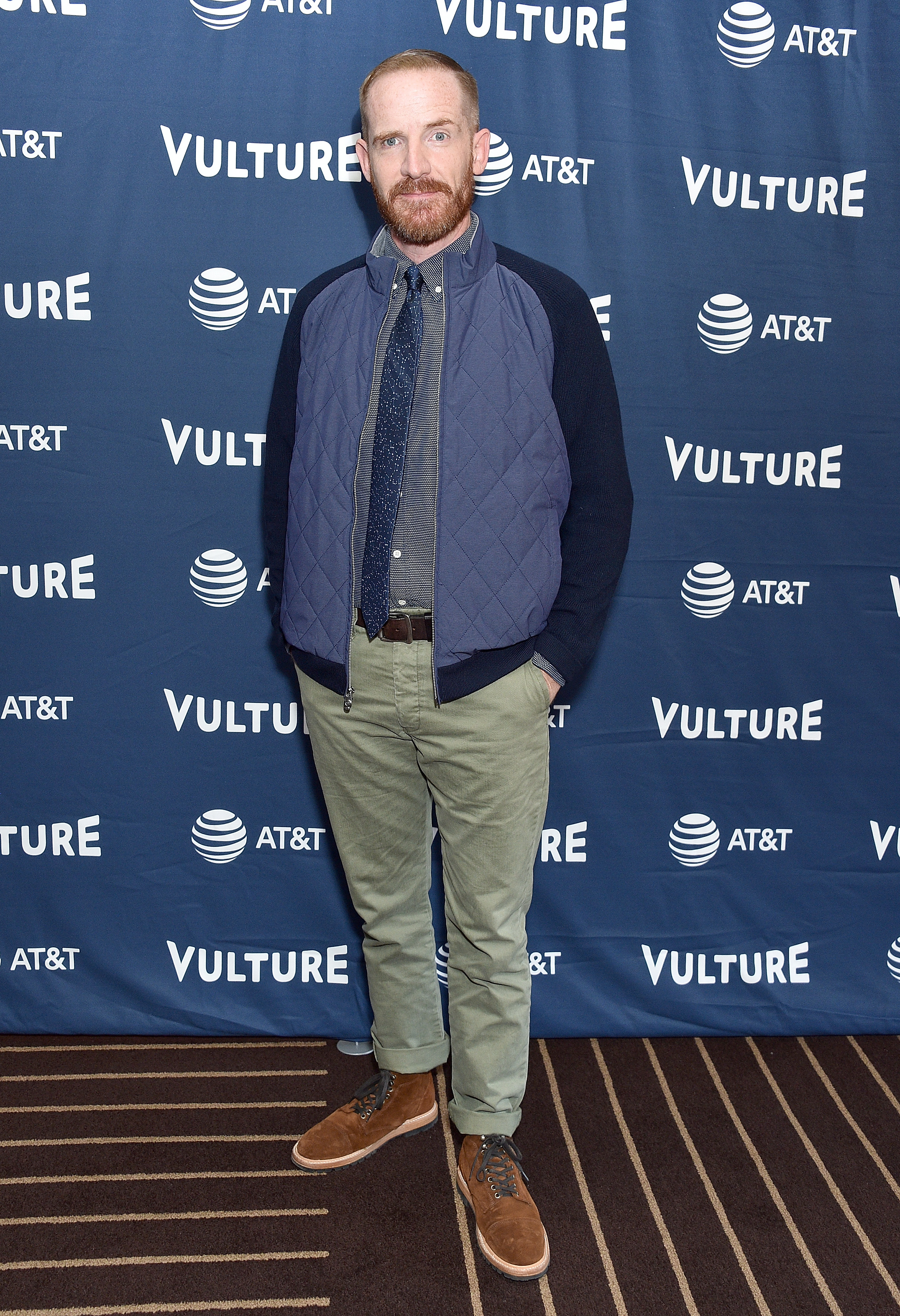 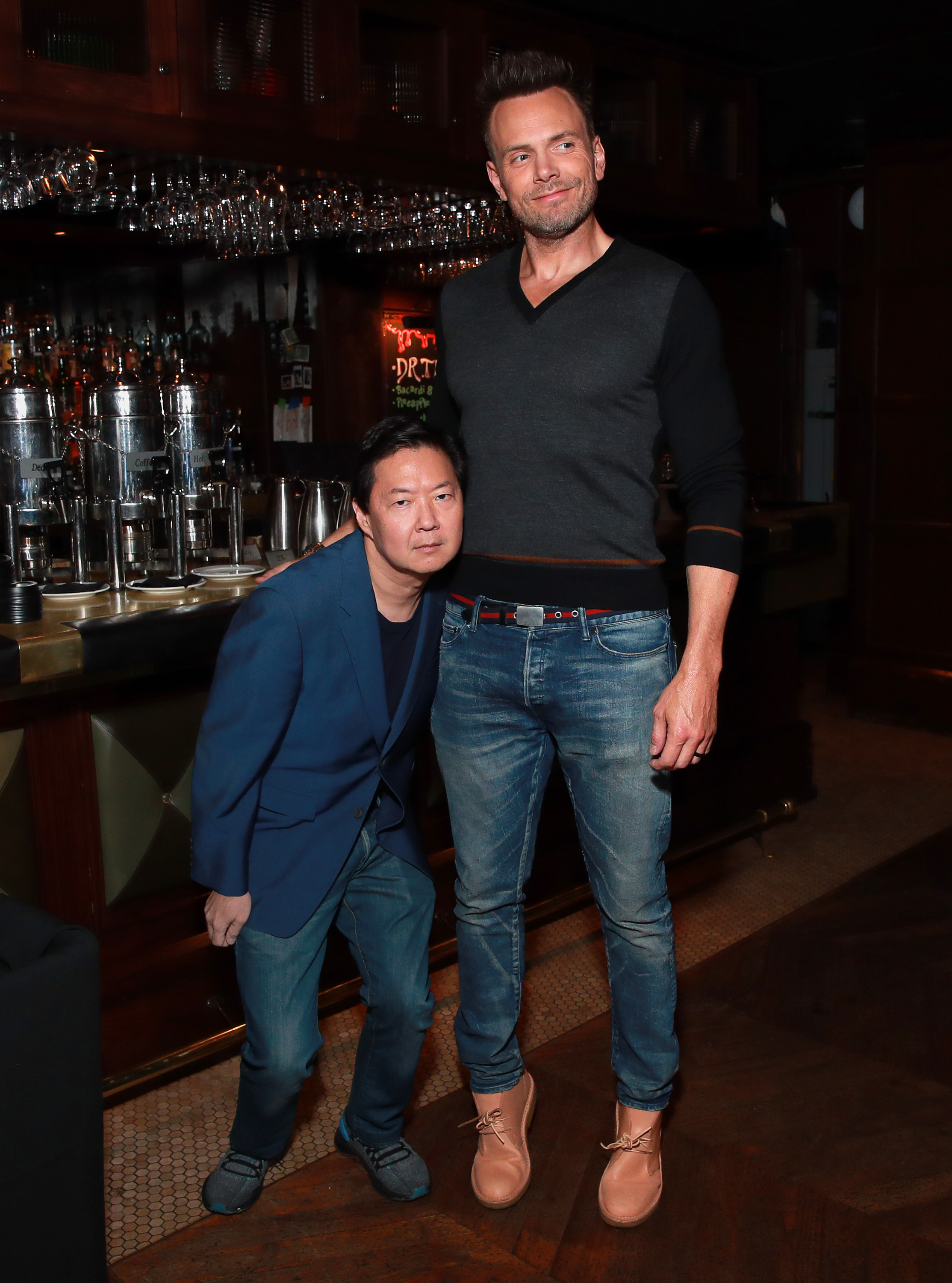 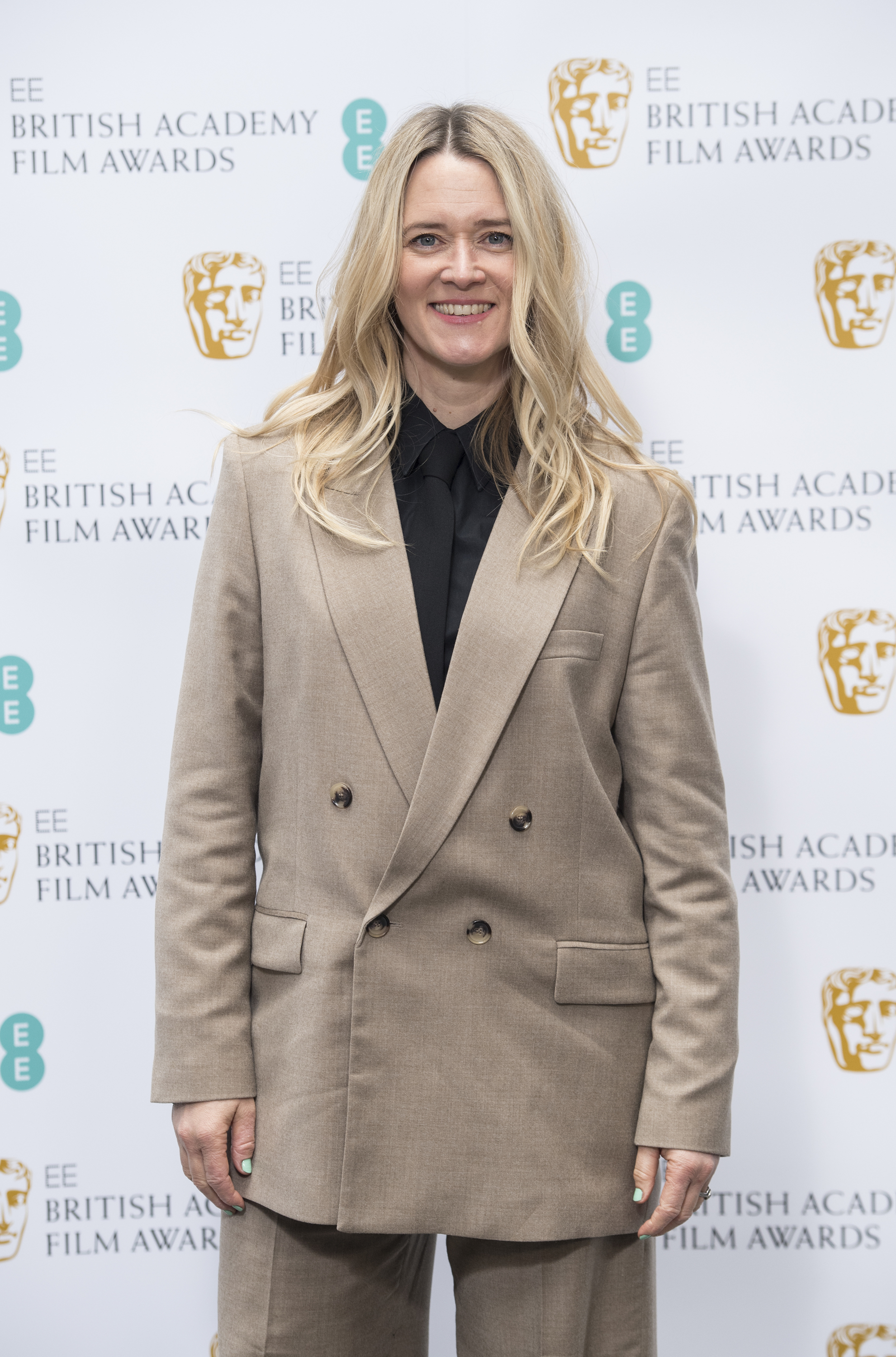 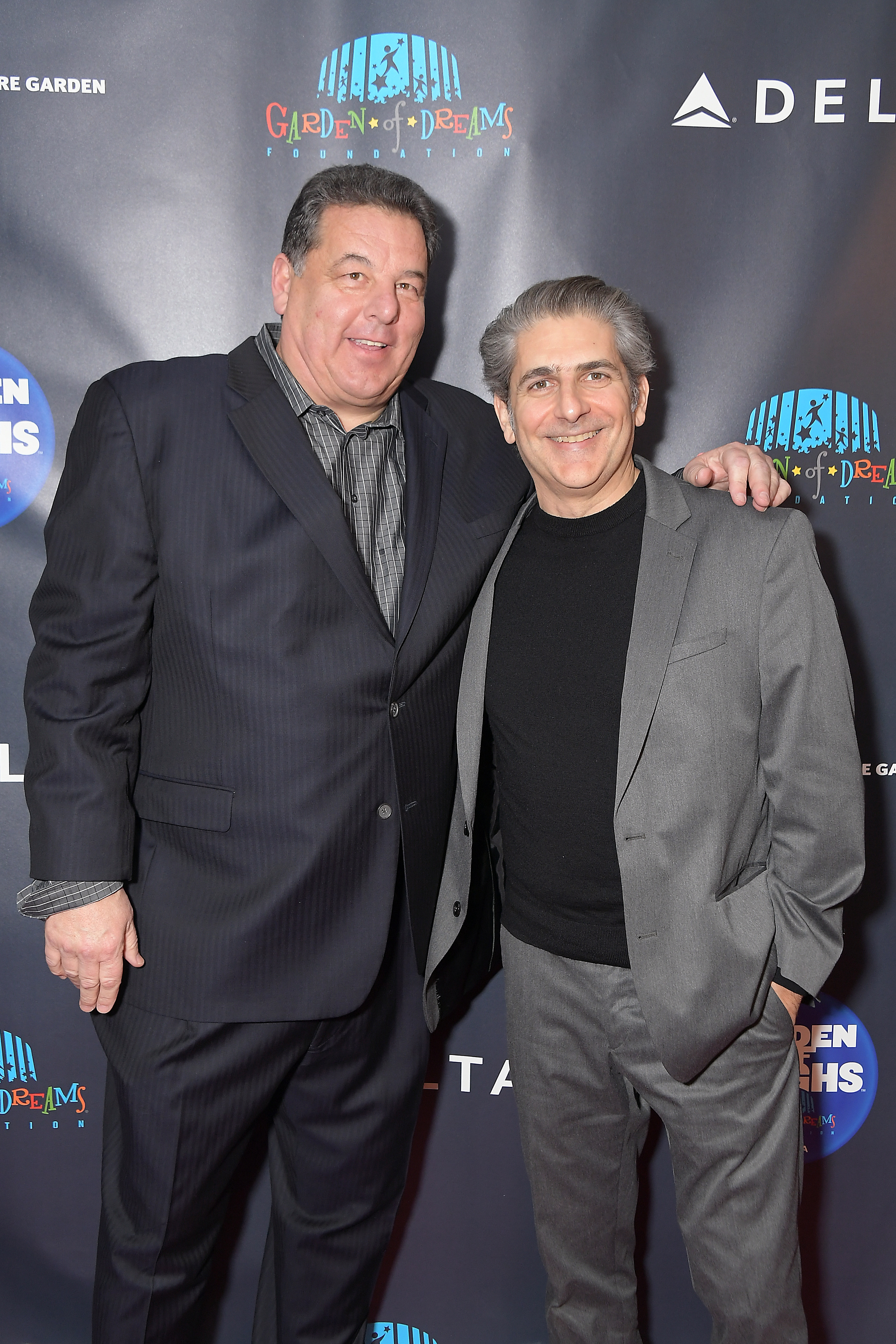 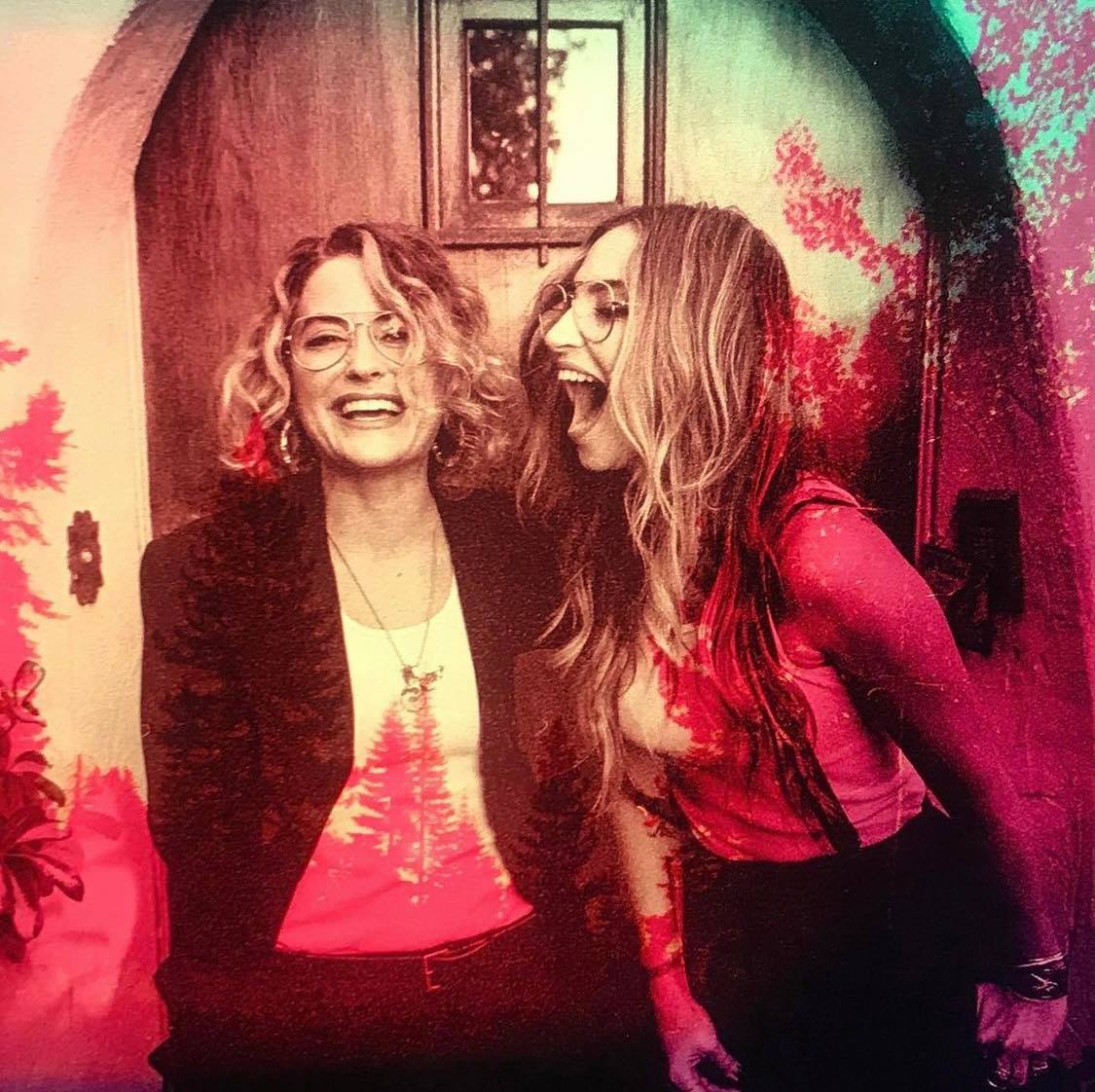 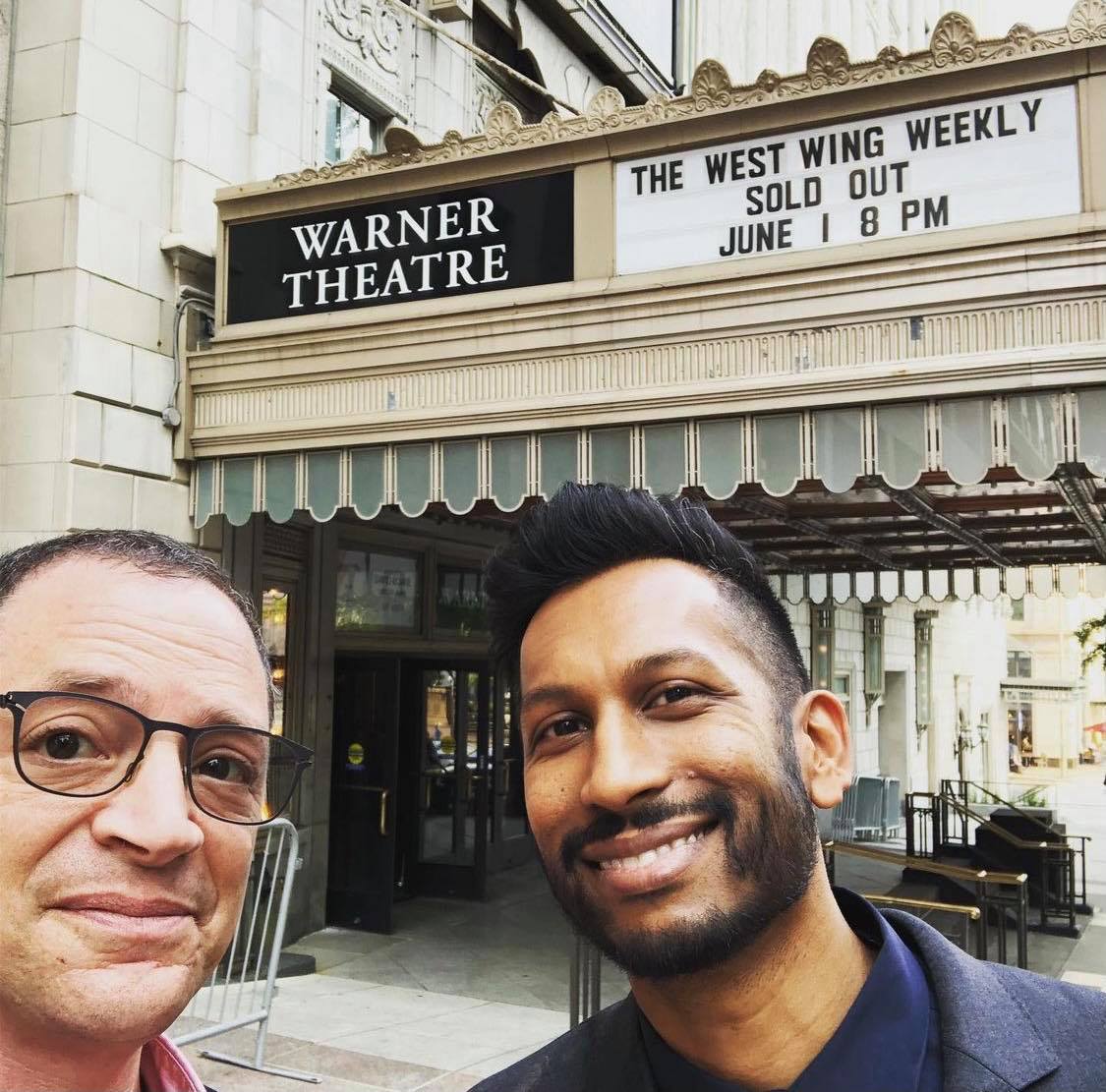 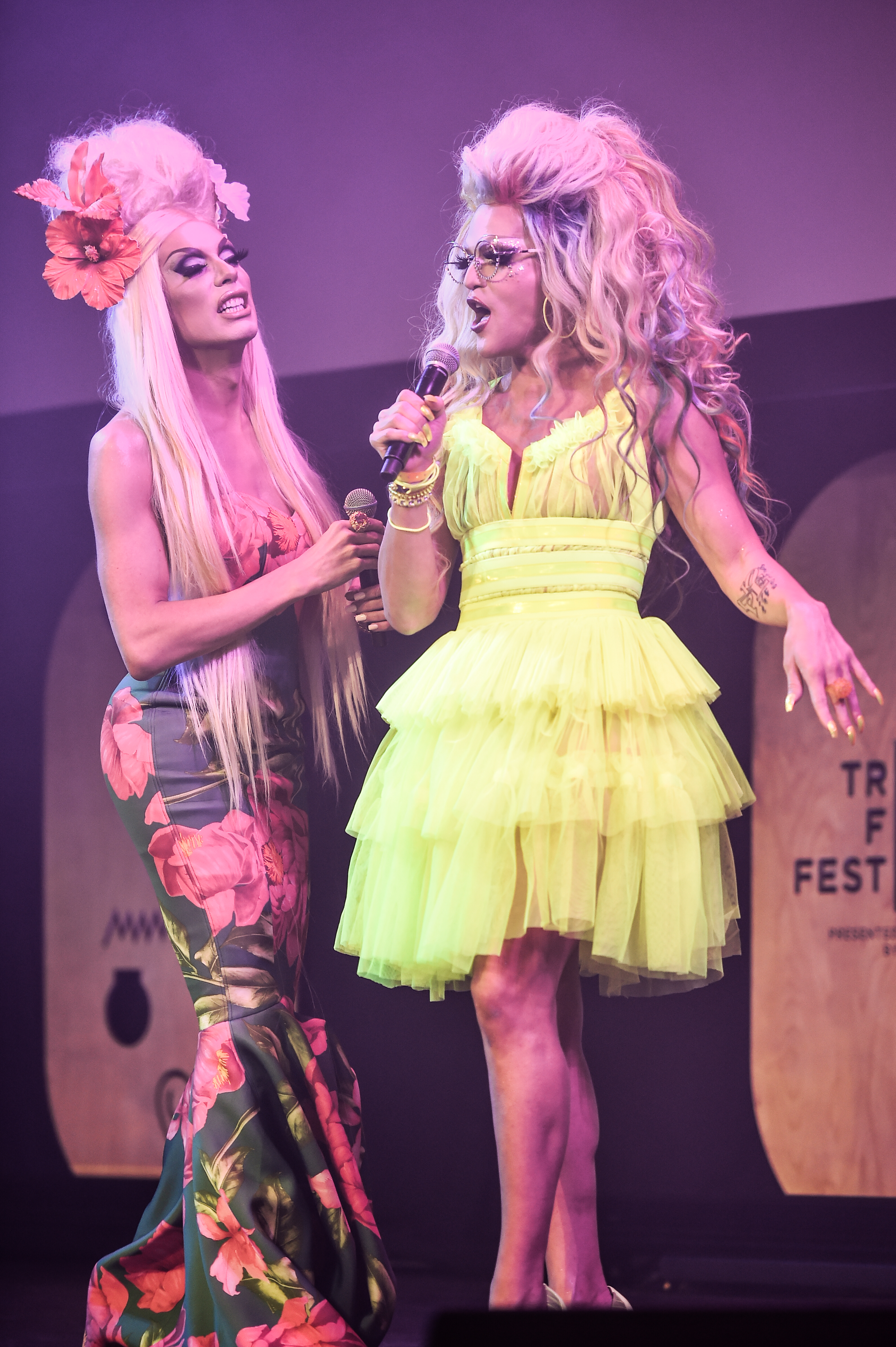 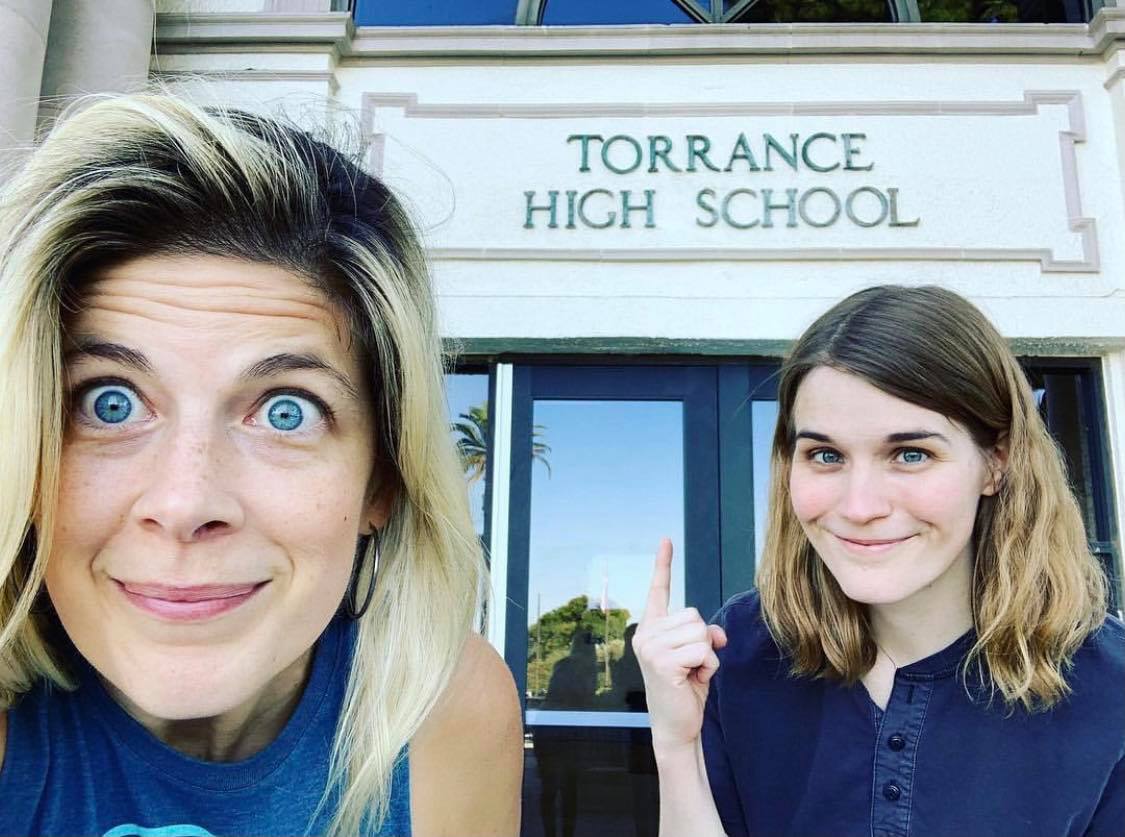 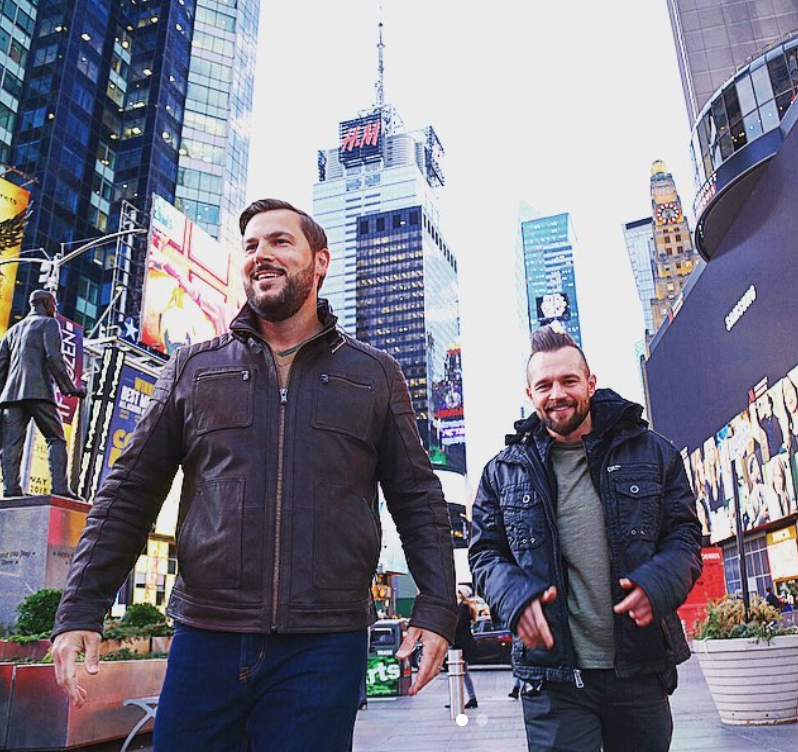 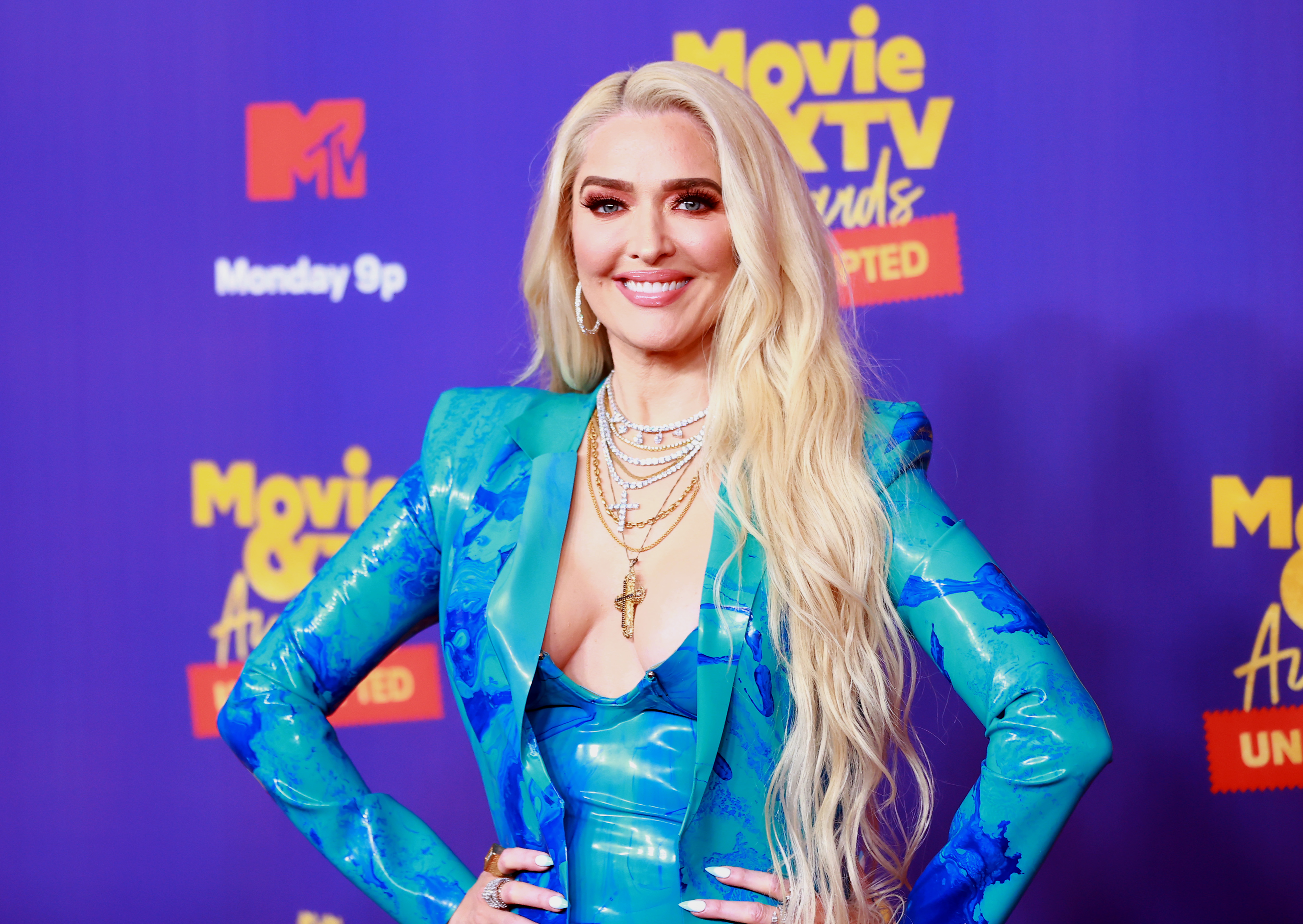