‘It looks like a migraine fever dream’: Changing Rooms fans blast Laurence Llewelyn-Bowen’s ‘tropical paradise’ inspired living room makeover, saying it looks like a ‘hot mess’ – but the homeowner is thrilled with the result

Viewers of Changing Rooms have blasted Laurence Lewellyn-Bowen’s bright renovation of a woman’s living room as a ‘hot mess’.

The interior designer paid a visit to Yvonne from Luton and teamed up with her friends, Dionne and Aliyyaa.

Yvonne, recently divorced, had a drab living room with brown furniture and cream walls in desperate need of some TLC. 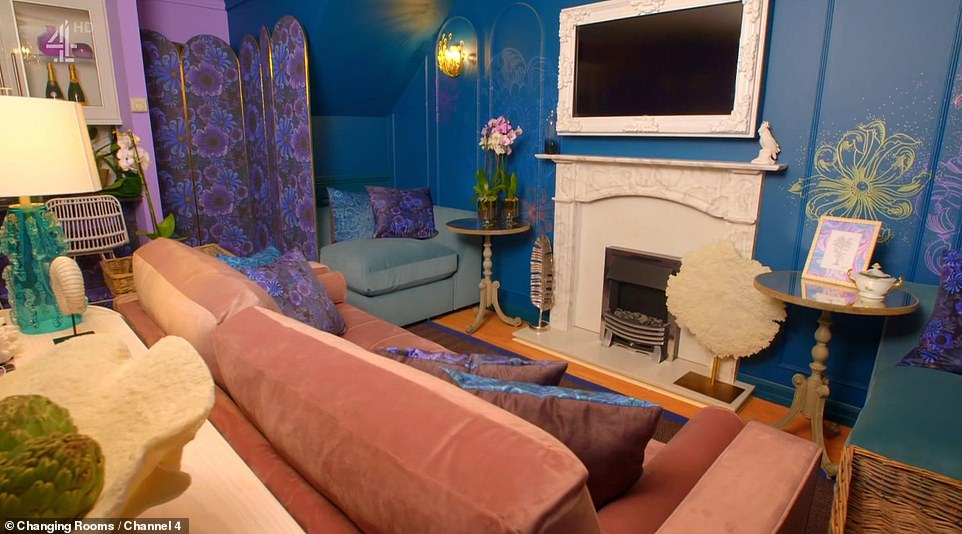 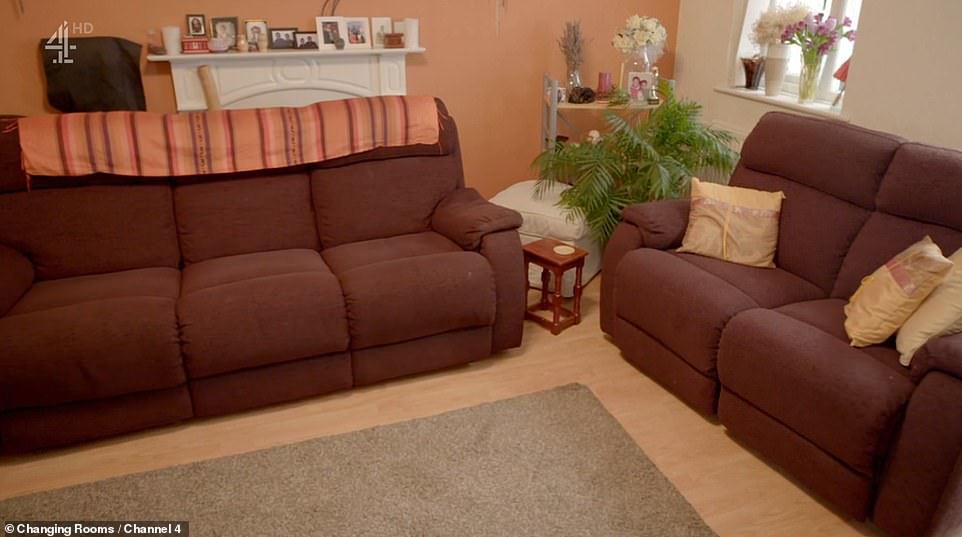 At the beginning of the programme, Yvonne said her living room had not been redecorated since she moved in 12 years ago, and that the last time the house had been renovated was when the previous owners did it up 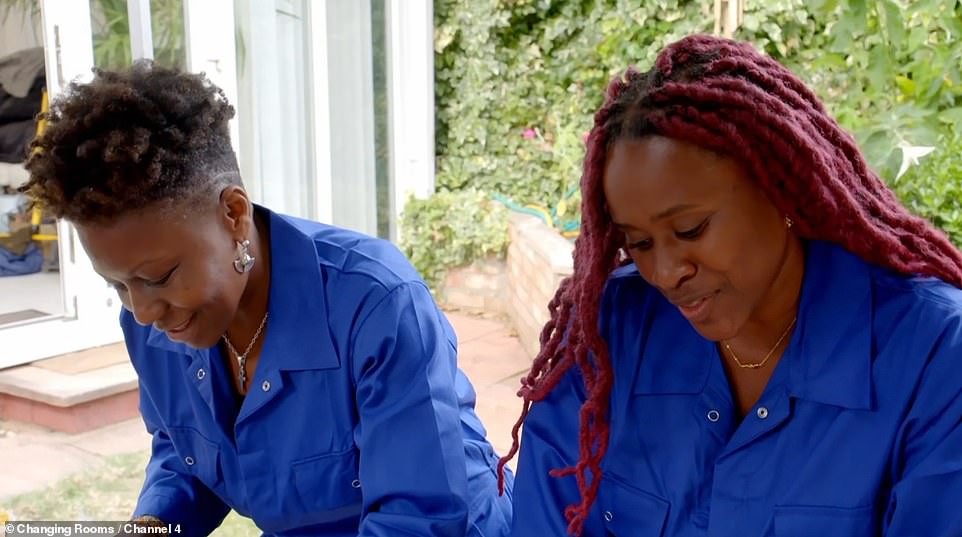 But after Laurence and her friends spent 48 hours transforming the space, viewers were divided about the finished article and took to Twitter to air their views.

One person described it as a ‘hot mess’ while others said they were not sure about the teal and purple colour scheme in the room.

At the beginning of the episode Yvonne said: ‘I’ve been in this house for 12 years and it was decorated by the previous owners.

‘It has not changed since and I really want to reclaim the space for myself.’

Looking at the space, Laurence said it was ‘crying out for a little bit of loving and living’. 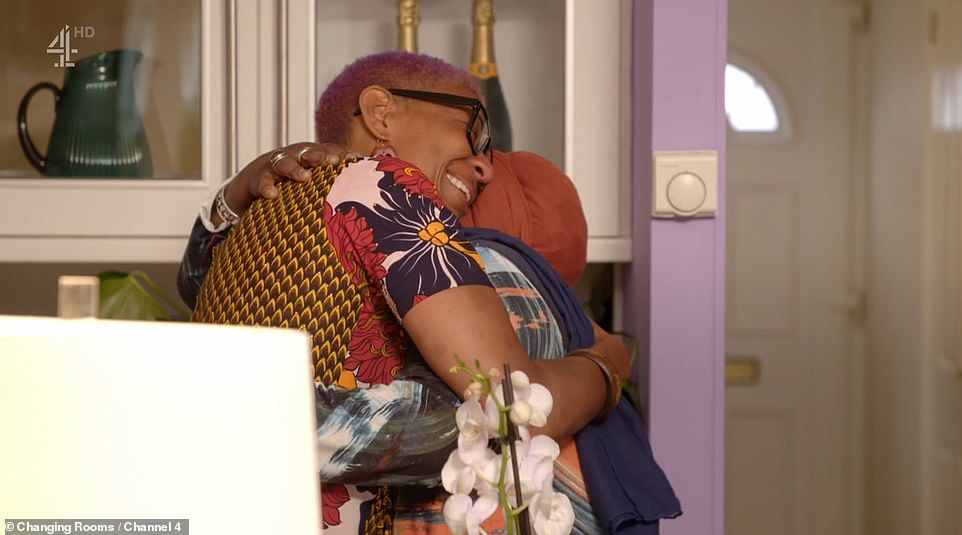 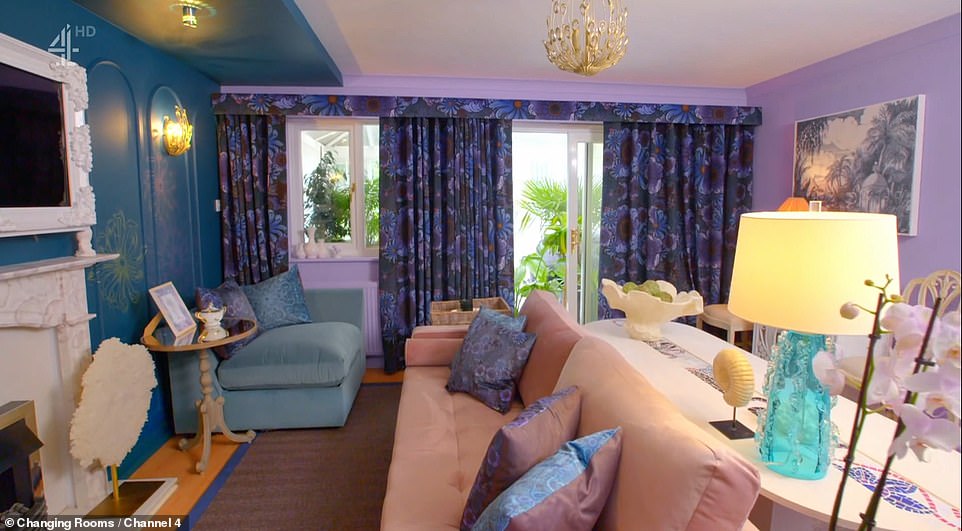 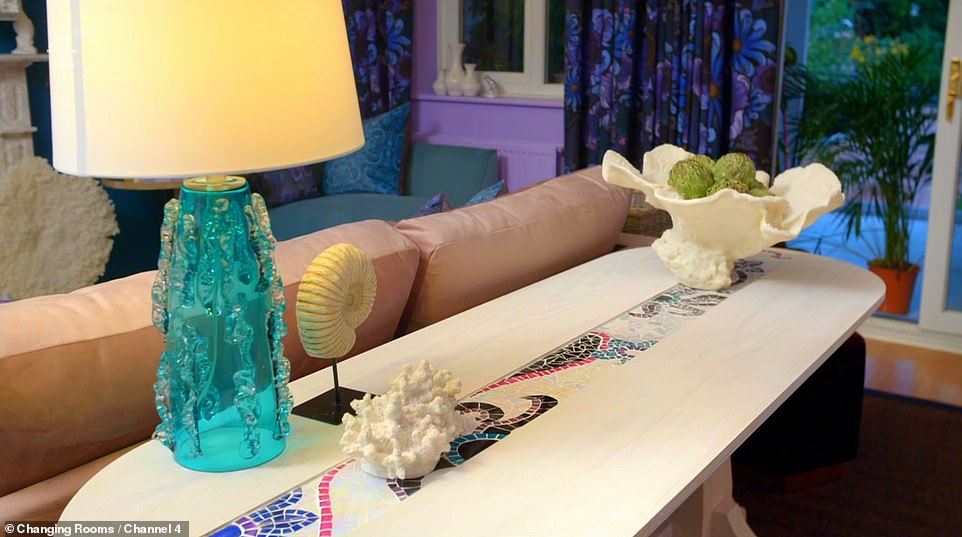 Laurence designed a mosaic table which was put together by Yvonne’s friends, Dionne and Aliyyaa, to make a dining area in the room 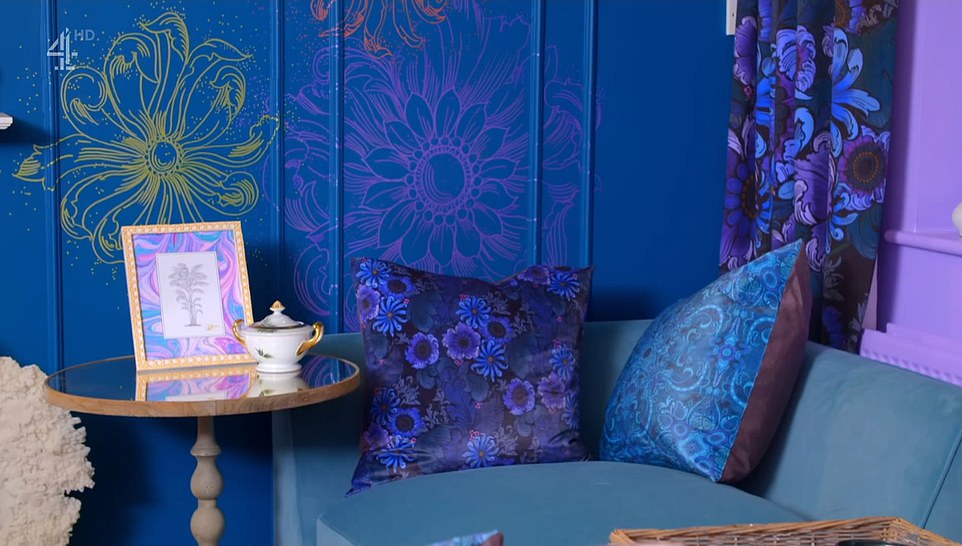 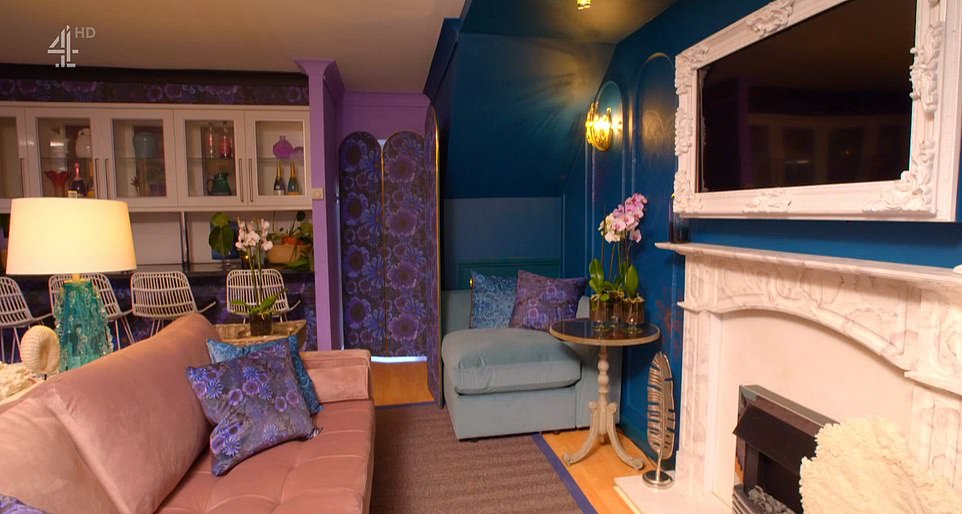 One of Laurence’s main changes was to swap the positioning of the furniture in the living room so it faced the fireplace, which had a television mounted above it 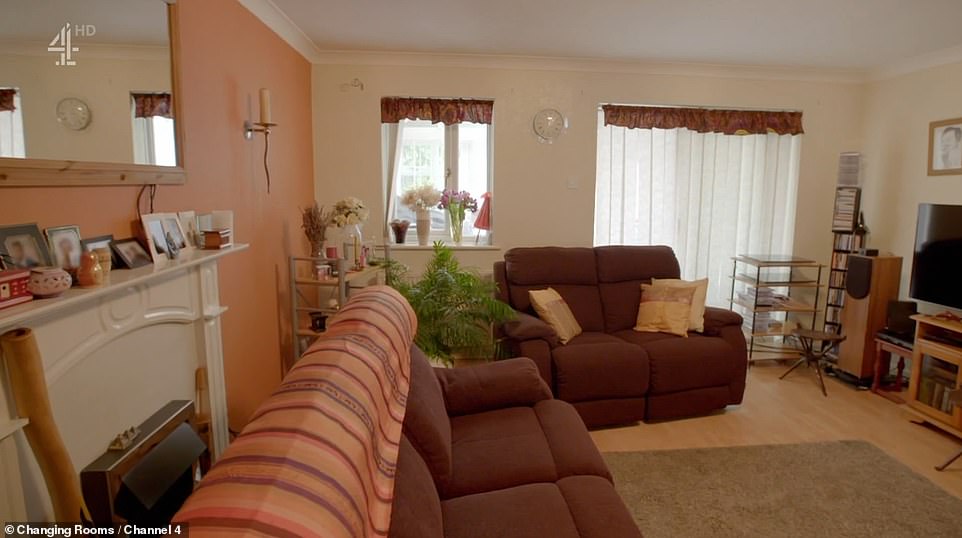 Pictured: Yvonne’s living room before the renovation, when the sofa was positioned in front of the fireplace leading Laurence to joke Father Christmas couldn’t get out

Fellow designer Whinnie Williams pointed out that the sofa was placed right in front of the fireplace.

‘That’s an illegal move,’ she said, while Laurence joked: ‘Father Christmas can’t get out.’

Speaking about her vision for the space, Yvonne said she liked both modern and traditional styles and favoured bright colours.

She added she wanted the room to echo her African and Caribbean heritage.

After taking on the project, Laurence said he wanted to utilise the colours of the women’s suffrage movement – purple and green.

He also designed his own print for a new set of curtains in Yvonne’s living room, called ‘Walk on the Wild Side’.

After two days of solid work Laurence and the team had transformed the living room with teal walls and purple prints.

The TV had been mounted on the wall above the fireplace in a grand white frame and Laurence had rearranged the furniture to face the space.

The designer also installed a room separator in the print he had designed and the room was adorned with lilac orchids and large shells.

As the friends and neighbours got to work on Laurence’s vision they put together an intricate mosaic table to go in the living/dining space.

Viewers were divided over the room, with many arguing it was ‘too much’ while others appreciated some of the bespoke designs

When viewers saw the unusually designed room, they were very divided by the creation.

One person said: ‘Horrific. All of it. Like the dreams I have when I try and nap with a nauseating migraine.’

Another said: ‘Every time I watch this show I think how can it get worse than this? And every week they out do themselves!’

One viewer took issue with Laurence’s design and said: ‘I can’t say this clearly enough. STOP PUTTING TVs ABOVE FIREPLACES!’

Another said: ‘Last week I was quite impressed with Laurence’s room… this week it’s back to what we know Changing Rooms is all about… a hot mess!’

However while some people were less than impressed by Laurence’s design, others quite liked his teal and lilac vision.

Another praised the hard work that had gone into redesigning the space. They wrote: ‘Best part of the room is the mosaic table.’

Despite drawing criticism from viewers, Yvonne was overwhelmed by the transformation of her living room and cried tears of joy as she saw it for the first time.

Through tears, she said: ‘I really can’t believe it.’

A scathing viewer on Twitter commented: ‘I’d cry too love.’

Many people watching at home questioned why someone would allow their neighbour to decorate their house in the first place.

One person said: ‘I don’t hate any of my neighbours enough to go on Changing Rooms with them.

Another wrote: ‘Shout out to my neighbours – please don’t come near my house with a Channel 4 ‘Interior Designer’ in tow.’