Home » Lifestyle » Chelsea player ratings: Barkley, Pedro and Gilmour pick of the bunch as Blues faultless against Everton – The Sun

CHELSEA thumped Everton 4-0 in the Premier League to hand Carlo Ancelotti a chastening defeat on his return to Stamford Bridge.

Frank Lampard's side flew out of the blocks and midfielder Mason Mount gave the Blues a deserved lead on 14 minutes before Spanish winger Pedro doubled the lead seven minutes later. 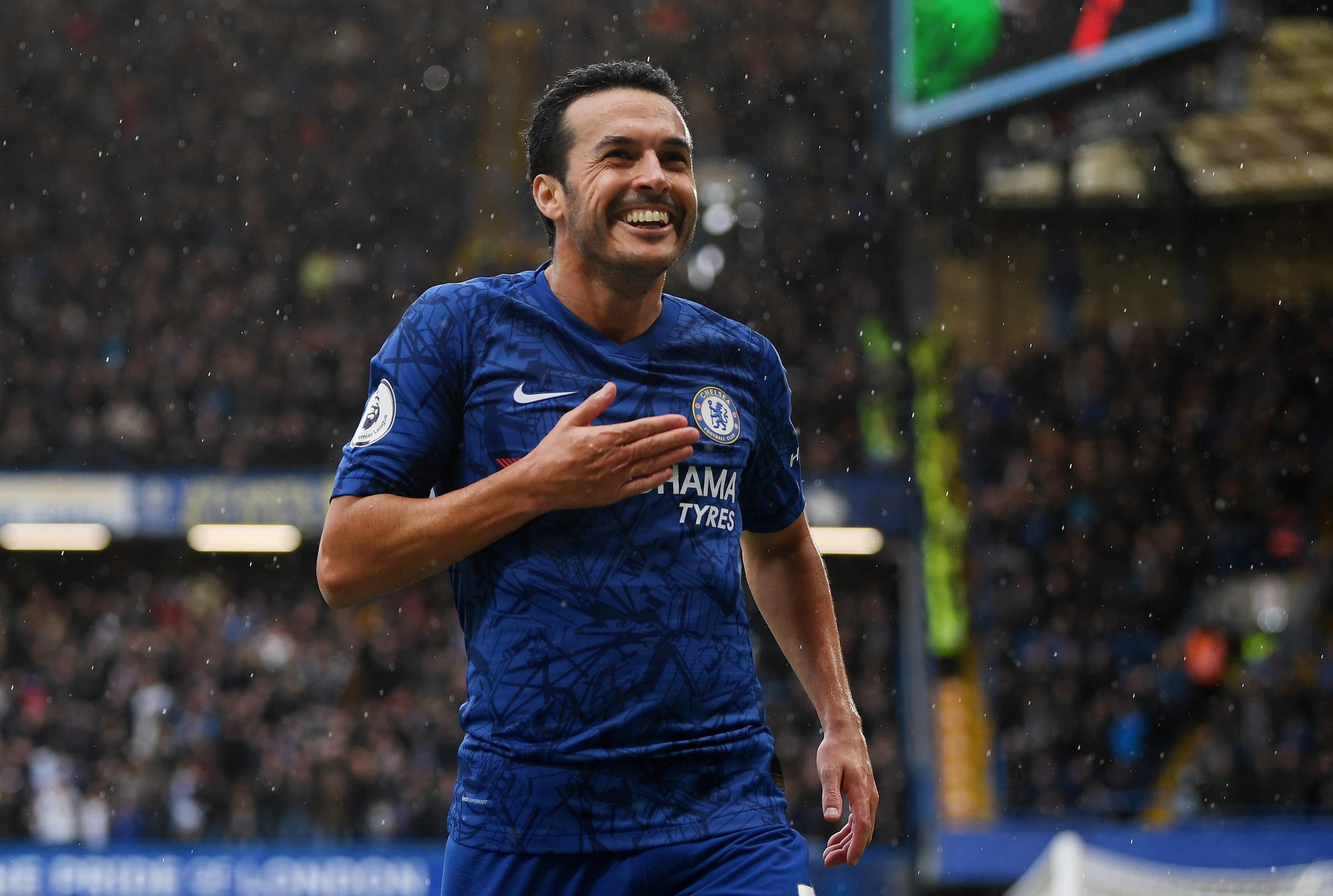 Chelsea scored two goals in quick succession after the break with Brazilian Willian and lone striker Olivier Giroud finding the net to seal a comfortable victory for the hosts.

Here SunSport's Joshua Jones gives out his player ratings for the Chelsea stars.

Returned in the Premier League for the first time since January 21 after a week of speculation linking Chelsea with other strikers.

Nothing to do in the opening half but spilled a shot that came his way just after the Blues’ fourth. Seconds later came out to claim a high ball, alleviating the pressure and earning himself a big, confidence-boosting cheer.

A standard Azpilicueta performance, in all honesty. Nothing too complicated, assured and confident.

Made a lot easier by Everton’s shape which saw Sigurdsson drift in-field throughout.

Solid as a rock throughout the game, refusing to give either of the strikers any change.

By far Lampard’s best centre-back and was called upon a couple of times to sweep up when Zouma at fault. 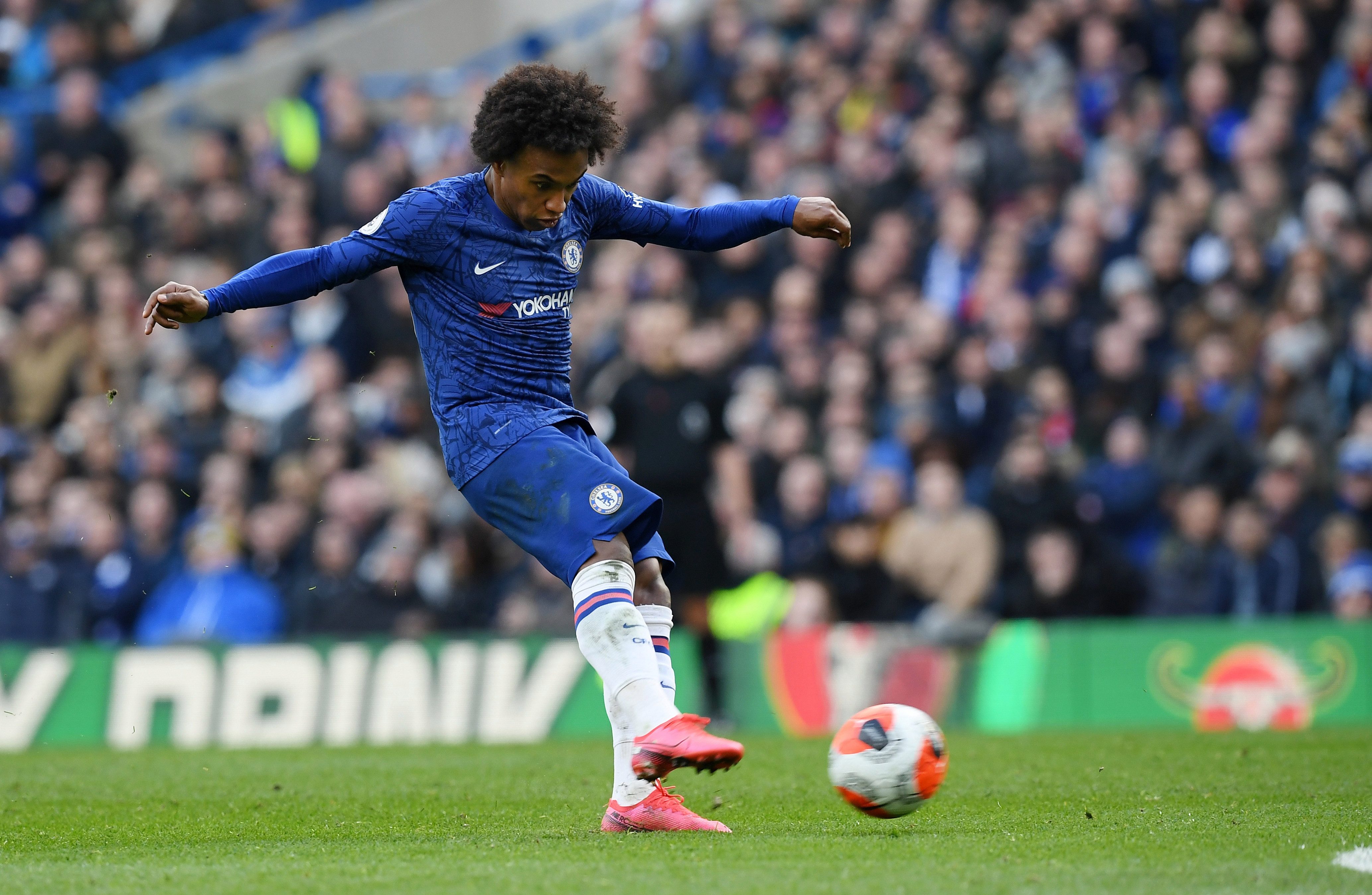 Caught in possession midway through the first half but got away with it as Calvert-Lewin fluffed his lines.

Probably the Blues’ weakest player – in large part down to the fact that everyone else was so strong. Booked for cynically bringing Richarlison down with ten minutes to go.

He may not be seen as the long-term solution at left-back, but Lampard could do a lot worse than Alonso.

His driving runs forward, link-up with Pedro and general attacking threat throughout made him a real handful for the Toffees.

Given a Premier League starting spot for the first time, Gilmour made it look as though this was just another day at the office.

Started as the deepest-lying midfielder but helped make those around him tick. Composed on the ball, not afraid to put a foot in for a tackle and can pick a pass.

James’ introduction enabled him to show off more of his creative side and almost got an assist late on. What a player this lad is already, a huge future ahead.

The liveliest Blues player in the opening exchanges and could – maybe should – have put his side in front but volleyed too close to Pickford.

But minutes later did open the scoring, with a neat swivel and snapshot on the edge of the box, beating his international team-mate at the near post.

Continued to set the tempo in midfield with his vision and dribbling. Took a knock early in the second half and replaced by James on the hour mark. 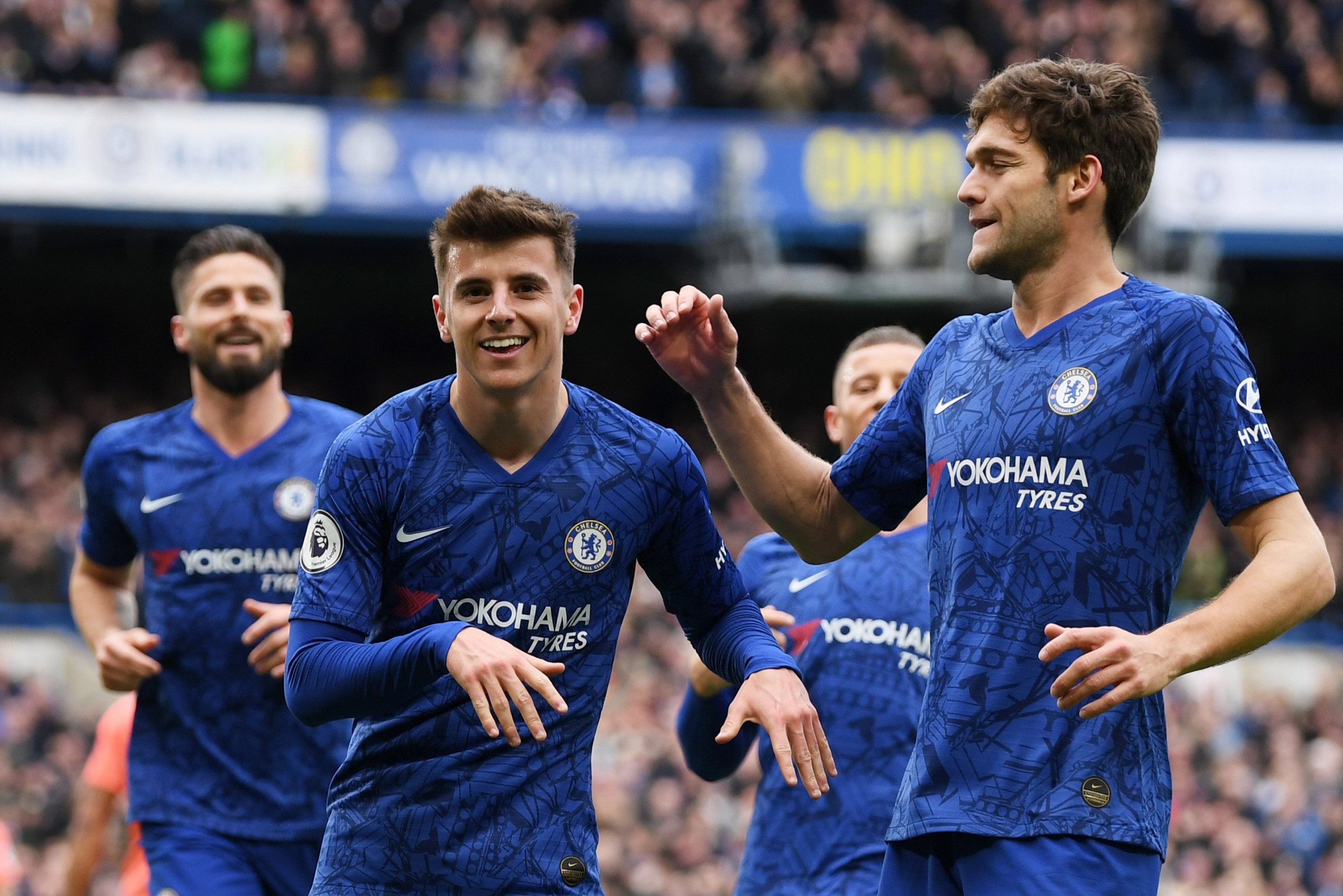 Booed relentlessly by the visiting fans but – just as he did on Tuesday against Liverpool – Barkley will enjoy the last laugh.

Playing with a point to prove, he was a real thorn in the Toffees’ side and his through ball slipped Pedro in for Chelsea’s second before setting up Willian for No3.

Continues to be playing for his future but displayed plenty of reasons for Chelsea to keep hold of him.

Constantly got himself into dangerous areas down the right channel, setting up Mount’s early chance and then got the all-important third with a fine strike from outside the box.

It was his cross that Giroud turned home and he came off to a standing ovation.

Like Willian on the other side and Alonso behind him, Pedro’s future at the Bridge is uncertain.

But with performances like this, proved his worth. Made Sidibe’s afternoon torrid, a neat finish and stepped up once again.

In the continued absence of Tammy Abraham, Giroud led the line. But just as he did for France at the World Cup, looked content creating the space for those around him to grab the headlines.

But did get himself on the scoresheet for only the second time in the league this season, poking home with his left boot from a corner.