PAUL POGBA says N'Golo Kante is the most lovable man in football but joked that he actually 'cheats a lot'.

Manchester United star Pogba plays alongside Chelsea ace Kante for France and says it is impossible to hate the 'cunning' former Leicester man. 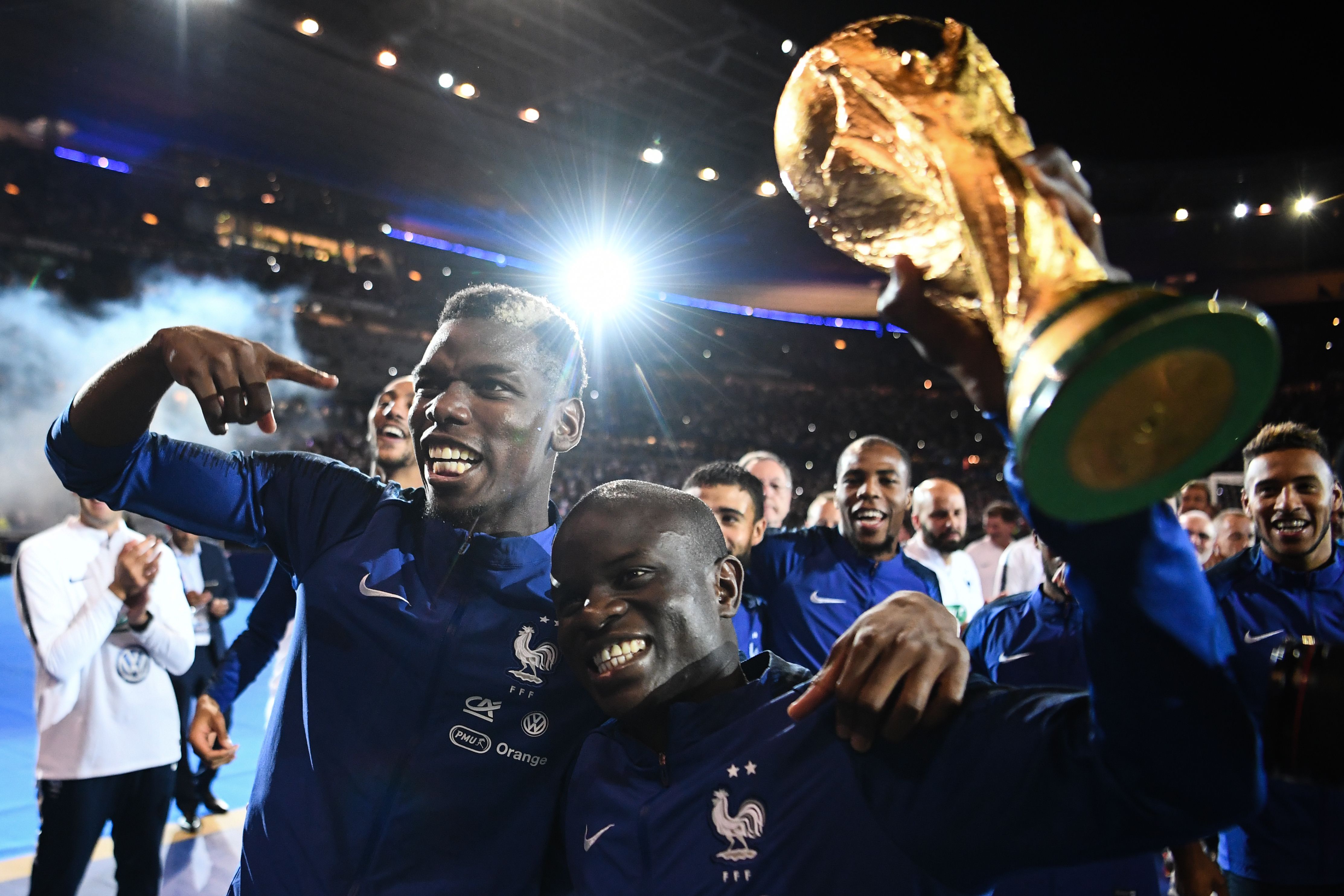 Kante's Chelsea lost 1-0 to Leicester in the FA Cup final on Saturday.

But it has been a successful season for the 30-year-old who has rediscovered his best form since Thomas Tuchel replaced Frank Lampard in January.

Humble Kante is universally popular and Pogba revealed an unseen side to his international team-mate during an interview with BeIN Sports.

"At card games, board games. Honestly, I'm telling the truth. He cheats. He says he doesn't cheat, but he does.

"He uses cunning. He's a smart kid, N'Golo. But it's okay. You have to love him.

"He's the most beloved player in the history of football. You've got to love him, you cannot hate him, it is not possible. He is humble, kind, professional. He will never complain, he will work.

"He's got everything. He's good technically, with a good passing quality, and he's everywhere on the pitch.

"I even say he appears out of the ground. You don't see him, and – poof – he's out. He gets the ball, he has the finish. He's everywhere. To have a player like that by your side, what more can you ask for?"

Kante was recently seen celebrating with Chelsea fans as he left Stamford Bridge in his Mini.

And he is also set to open talks with the Blues over a new contract.