OH yes, it's here. Day 1 of the Festival is finally in sight and on a cracking opening day a wide-open Unibet Champion Hurdle is the feature.

We've all got all you need to know about the biggest meeting of the year right here. 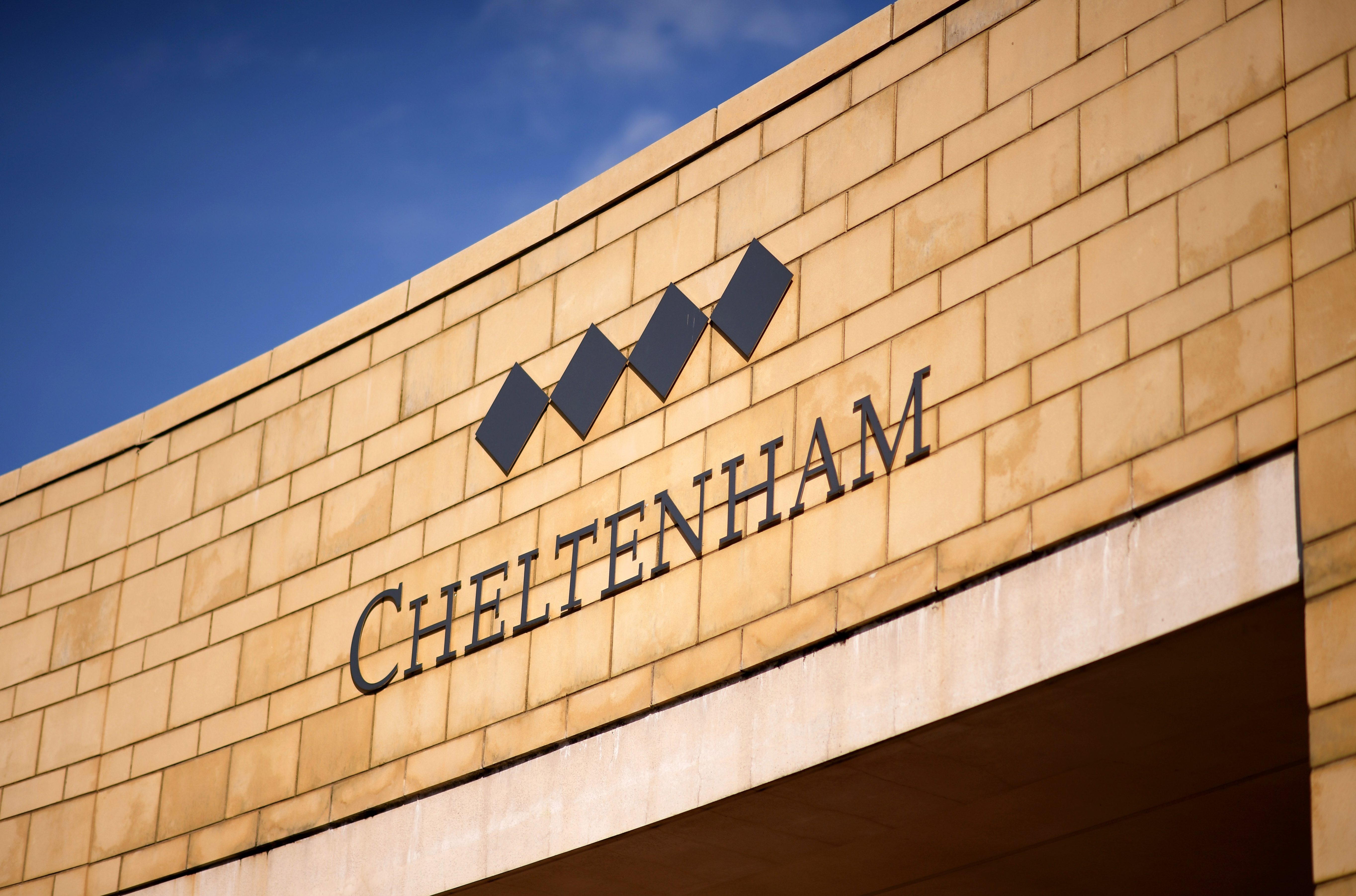 It's not a race to go wild in, you don't want to be throwing all your eggs in one basket in the first of 28 races.

The form is hard to weigh up and who knows what the ground will be like?

But it's a race the master Willie Mullins does well in and his Asterion Forlonge has rock solid claims here.

Graded form is a god send in this race and he's always shaped like a horse that stays well. Both are vital at Cheltenham.

The likely favourite Shiskin could well be anything and Nicky Henderson has done nothing to slow the hype train.

But at the odds I can't be toying with a bet on him and he's yet to be tested in anywhere near as deep water as this. He'll have to be very good to win this.

It's his stablemate CHANTRY HOUSE that makes appeal. He's another with no graded form but has only impressed in a bumper – where he stuffed Edwardstone – and in two novice hurdles where he won as he liked.

He does has course form though and his win over Stolen Silver is smart. That horse has won a Grade 2 since and at the odds Chantry House has to be an each-way bet with bookies likely to pay out to five and six spots if you shop around.

The above mentioned Edwardstone would be a great bet if it does stay dry before the opener.

Colin Tizzard's Fiddlerontheroof is rock solid and will be staying up the hill. He could also be one of the pace angles.

The other with a great chance is Abacadabras. He's short enough but hasn't been talked up as much as some.

His form behind Envoi Allen is as good as it gets though and he obviously won't have his stablemate to deal with here.

A field of eleven is set for the first chase of the Festival.

Over in Ireland NOTEBOOK has been the two mile novice to beat all season and it's only now a few have suddenly found some apparent chinks in the armour.

Yes he wasn't the smartest over hurdles in here, but this is a different game and he is a complete natural over his fences.

He makes up yards for fun over them and Rachael Blackmore and Henry De Bromhead are in the middle of a dream season.

He's starting to drift out to a tidy enough price and it's not a race I have an overly strong opinion on, but had this horse come from Willie Mullins, he'd be half the price.

Talking of Mullins, he runs Cash Back here and he's not without a chance.

He only has three-quarters of a length to find with the favourite and Paul Townend now takes over.

One that has been ignored at big odds is Harry Whittington's Rouge Vif and if the ground does dry out at all, his chances will only increase.

He jumps and travels for fun and on numbers is the second best horse in this, only a pound below Notebook in the ratings.

According to the bookies Brewin'upastorm is the leading British hope. Olly Murphy's horse has only been seen at Carlisle and Taunton this year though, and his jumping is yet to come under any pressure.

He's completely unexposed – as most of them are – but this will be far far tougher than anything he has come up against over fences. There is plenty of pace on too and he could be found out early if that is the case.

Fakir D'oudairies has obvious claims for Joseph O'Brien. He was well beat by Notebook last time out, but is a fresher horse here and softer conditions will suit.

If Notebook's temperament does get the better of him, you can count on O'Brien having him A1 here. Also watch the betting, it could be JP McManus's first big move of the meeting…

The puzzles really step up with the first big handicap of the week and a full field of 25 set to crack on.

There's no doubt that favourite Vinndication is a horse on the up and likely a Graded horse in a handicap.

But this is no walk in the park and top weight in a handicap like this is far from ideal.

When stepped up to three miles at Ascot last time he was a class apart and that was solid enough form with course specialist Regal Encore well beat in second.

The ground will be no issue, but his price is the worry and why I look elsewhere.

The one I want on side is Ben Pauling's KILDISART who is made for a race like this.

Conditions are a concern, with soft ground a problem, but let's pray the heavens don't open before 2.50 on Tuesday.

He's had a stop-start campaign, but is now only 2lbs higher than when he routed his rivals at Aintree last year.

Cheekpieces are on and this would have been the plan a long way out. He beat the favourite Vinndication at the Festival last year.

Irish raider Discorama's claims are obvious. He was second here last year in the four-miler before a second to Delta Work. That's nothing to be sniffed out in a handicap.

At juicier odds Cobra De Mai is on a very dangerous mark if the Skelton team can get the fire to burn in him again.

But a great each-way bet is Lucinda Russell's Big River who was fourth in this race last year.

He comes into it in better form this season and is only a pound higher in the weights.

He stays all day and goes well here. There are worse bets around.

Stick with the favourite here. EPATANTE could well be a class above this bang average field and there's enough juice in that price.

There are holes in her form, the biggest of all a complete no show at the Festival last year when a supposed good thing.

But there were obvious excuses there and she's the only one in this field with serious proven form this season and with the possibility of still having more to come.

The 7lbs mares allowance is also a huge help…

Stablemate Pentland Hills is the danger according to the bookies.

But he's yet to win this season and needs a minor wind-op to have worked a minor miracle. His worrying habit of not seeing out his races at Haydock and here the last twice is a huge worry.

There's not a chance he'll be winning this with a repeat of those efforts.

Supasundae has been spoken of in plenty of circles as a big player in this. I can't argue with that but the price has dried up a tad now and it does show you how poor a year it is.

But one that has been completely over-looked is Cornerstone Lad.

If it comes up properly soft he has a right chance judged on his run at Haydock. He was giving heaps of weight away to Ballyandy and Pentland Hills and was beat less than a length.

It would be one of the shocks in Festival history, but stranger things have happened and this is not a Champion Hurdle for the ages.

If he doesn't get his ground, keep your each-way dart for Sharjah who has another big race up his sleeve.

This race isn't everyone's cup of tea, but with Benie Des Dieux and Honeysuckle both here, it will win a few over this time round.

And it's set up perfectly for BENIE DES DIEUX to make up for last year's final flight hurdle and scoot home here.

She is a different animal again this year, and while Honeysuckle means she will far from have it her own way, she should win.

The return to this trip will suit Honeysuckle and she'll be better than her last outing at Leopardstown.

But this is her acid test and by far and away the best horse she has come up against.

The softer it comes up the better the chance she has too. Get on.

Last year's winner Roksana has to be respected but she's had a quiet year.

Lady Buttons could be the one to trouble the judges at a bigger price.

Another cracking handicap to get stuck into in the sixth.

Top of my shortlist is Dan Skelton's BEAKSTOWN who looks on a very tempting mark of 139.

His jumping hasn't been electric, but he's been brought along steadily enough this year in some decent races.

Form behind Sam Spinner, Champ and Mister Fisher is nothing to sniff at back in a handicap and he was a Grade 2 winner over hurdles.

First time cheekpieces should hopefully sharpen him up and he looks a player.

Long time antepost favourite Imperial Aura won't be far away but he's yet to win a proper race over fences and has been hiked up the handicap for his latest second.

I wouldn't have him down as this supposed 'good thing' like so many do although there can be no argument the form of his run behind Simply The Betts is red-hot form.

Hold The Note is another horse you think could contest Graded races in the near future.

But his new mark of 145 is a complete unknown on handicap debut.

Champagne Court is worth another chance. He never quite got into it at Cheltenham last time and looked progressive prior to that fifth.

Nicky Henderson has a decent hand to play here and of his Precious Cargo looks most interesting.

He should have won at Newbury two runs ago and he was found out slightly at Warwick last time. Keep an eye on Rouge Vif in the Arkle as if he goes close, that run gets a huge mark up.

With Champagne Classic out of this, the race now completely revolves around Carefully Selected.

He's by far and away the best horse in this and has potential to get better, but his jumping has to come under serious scrutiny, especially at such short odds.

He has stamina to burn and has the services of Patrick Mullins, but at near even money, I can let him win if that's the case. There are 23 reasons I'd be taking him on, the fences.

The top amateurs Jamie Codd and Derek O'Connor both hold claims on Ravenhill and Forza Milan.

Having an able jockey is half the battle in this and they both have a big tick in that box.

But they've been well found in the betting and the one at slightly bigger odds that makes appeal is LORD DU MESNIL.

He stays and jumps well – a must in this – and has the services of Sam Waley-Cohen who knows his way around Cheltenham.

The concern is that all his smart form has come at Haydock, but this is a marathon, not a sprint and stamina and jumping is the key rather than tactical speed.

Some jockeys can get a bit over-excited, but with a Gold Cup winning jockey on his back, count on the dentist not to get sucked into that.

Tom George's Springfield Fox has improved by the bucket load but this is a big step up again.

Newtide and Lamanever Pippin can't be discounted for the home team.

Mother discovers a colleague was cautioned on child sex offences