Christie Brinkley, 66, is back in a bikini after hip surgery

Boughs in the hood: TV trees in branch-to-branch battle

Christie Brinkley’s son, 25-year-old Jack Brinkley-Cook, took a page from his mom’s playbook by posing for a swimsuit shoot on the beach with her.

Christie, who has appeared in the Sports Illustrated Swimsuit issue numerous times throughout her career, looked like she was having a ball with Jack in new photos posted to Instagram, as she mugged for the camera in a black strapless one-piece, an animal-print skirt and a wide-brimmed hat.

Meanwhile Jack, wearing a pair of green swim trunks and no shirt, struck some sweet poses beside his 67-year-old mom, holding her hand and wrapping his arm around her waist.

“?I’ve got SONSHINE on a cloudy day?? I love you @jackbrinkleycook ??,” Christie captioned the photos on Instagram.

Jack’s girlfriend, model Nina Agdal, was a fan of the snaps and commented, “Cuties.”

Christie didn’t add the location of the beachside pictures, but she has a home in Turks & Caicos.

Jack’s not the only kid of Christie’s to strike a swimsuit-clad pose with her. In 2017, she appeared alongside her two daughters, Alexa Ray Joel and Sailor Brinkley-Cook, in a spread for the SI Swimsuit edition. 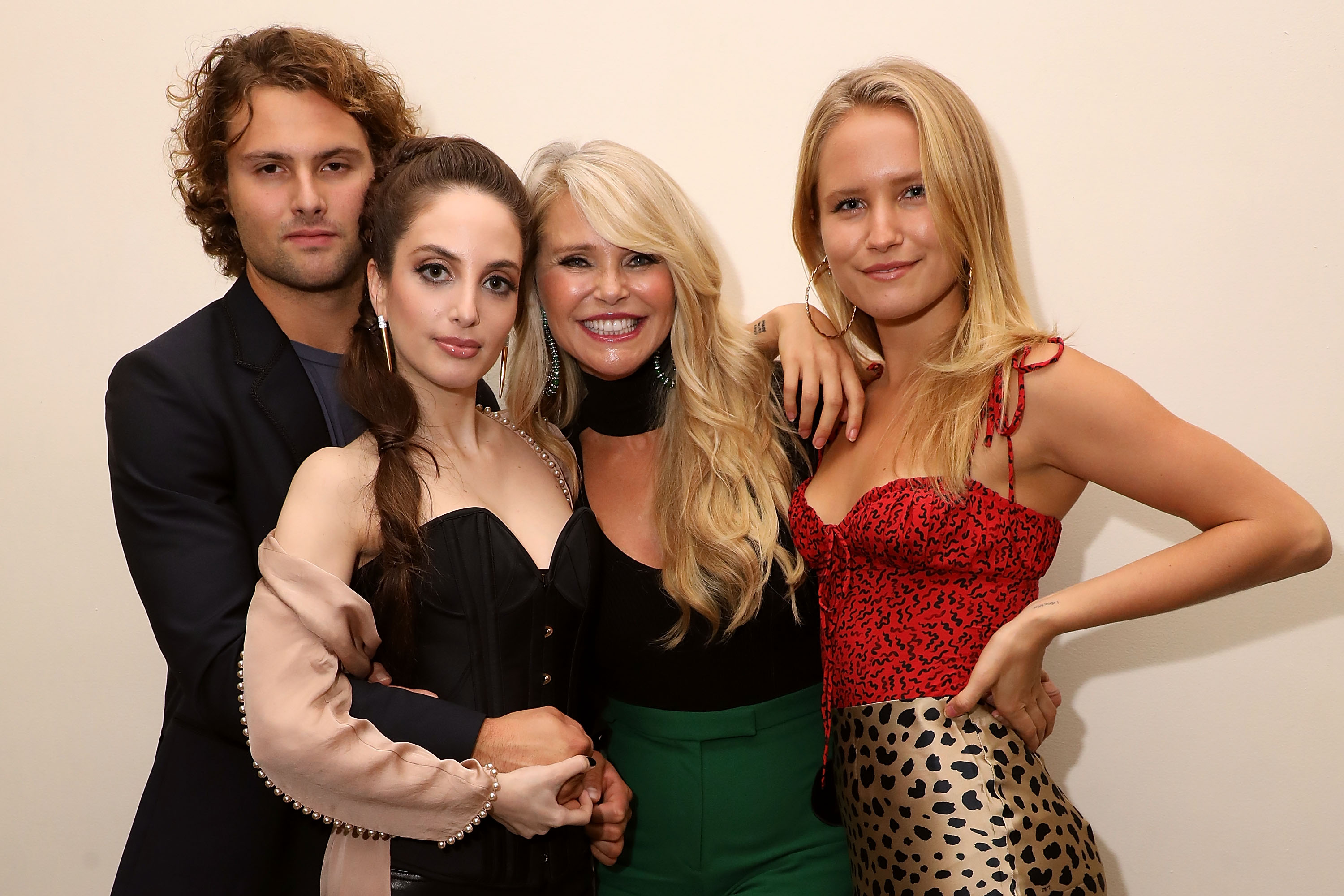 Both Joel, 35, and Sailor, 22, wrote heartfelt messages about body image when the magazine came out.

“I grew up not loving how I looked and felt held back because of it,” Sailor wrote at the time, saying she finally realized, “I don’t need to be a size 0 to believe in myself.”

Joel, whose father is Billy Joel, wrote, “This was a lesson in learning to let go, take the plunge, and embrace myself from both the inside AND out- which is something I struggle with each and every day.”

2 Women in Florida Caught 'Dressed Up as Grannies' Trying to Get COVID Vaccine: Officials