Confessions of a flight attendant: ‘We were put on diet plans, passengers faked illness to get upgrades and pilots use their status to get sex’

A former flight attendant has lifted the lid on some trade secrets, touching on everything from the cleanliness of planes to pilots who use their gold stripes for sex.

Speaking anonymously to MailOnline Travel, the woman says she worked in the industry for six years with her work taking her around the world until Covid-19 struck and she was let go.  Read on for insights ranging from the humorous to the shocking and bizarre…

The Champagne goes down the toilet 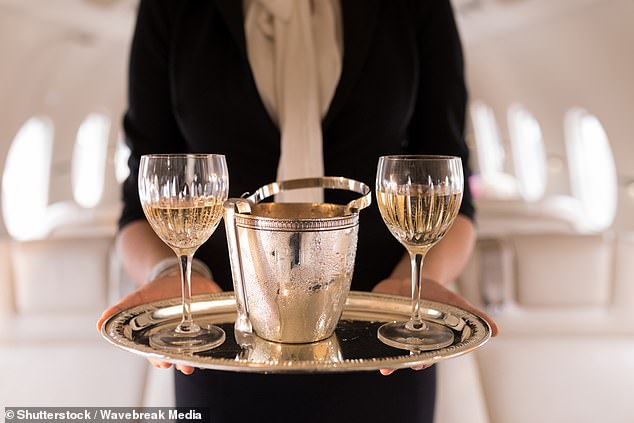 Before touchdown, all of the drinks were dumped in the toilets, from opened juices to the most expensive bottles of Champagne.

I really hated doing this, it seemed such a waste. When it came to uneaten hot meals, they were left in the ovens for the catering team to dispose of.

People fake being ill to get an upgrade

Some people came on board saying they weren’t feeling well, hoping we would upgrade them for better comfort.

In certain cases, we quickly decided to offload them to prevent them from becoming a medical liability during a flight. I warned many of my passengers about this happening if they continued telling me they were ‘too sick’ to fly in economy and needed a business seat. You can imagine how quickly that person went back to their seat and stopped moaning.

I saw one proposal and three deaths

In my personal experience, there were certainly more deaths than engagements. Over six years I encountered three deaths and one engagement. That proposal was wonderful. The business-class passenger approached us and asked us to serve his girlfriend a glass of Champagne and he dropped the ring inside the glass and went down on one knee.

However, the deaths I witnessed were pretty grim. The worst was when a four-year-old girl passed shortly after take-off en route to Germany. Her face and body were so pale while we were performing CPR. We never stopped trying to revive her, even during landing.

The mother remained surprisingly calm but she eventually broke down and gave an agonising scream when her child was carried out the back door wrapped in a blanket. That moment she knew her child was gone.

We reuse the headphones 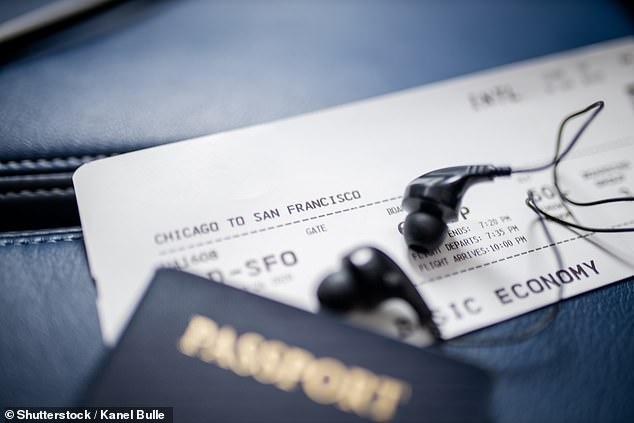 Instead of being thrown away, the headphones are detangled and reused

Before landing the crew collected all of the headsets and put them into a bag. These were then taken to a facility at the airport where low-paid workers were tasked with detangling them day and night so they could be repackaged and reused. New coverings were put on the ends of the headphones for hygiene. The blankets were also washed and repacked.

Our company had a uniform department, which we nicknamed the ‘fashion police’ as they would stand around like cops and try and catch us out if anything was out of place, from our hair to our hemlines. Looking back, it makes me feel quite ill and angry about the extent our grooming was scrutinised.

Beauty is a huge topic among cabin crew, and you will find most have their bathrooms stocked like aisles of a Boots pharmacy.

We were put on diet plans if needed

I was weighed before starting my job as a flight attendant so it could be used as a reference. I was issued with a uniform that was one size larger because I was expected to ‘grow into it’.

Then the company had a weight management plan that flight attendants were forced to follow if they had been reported by management or the ‘fashion police’. This involved seeing a nutritionist who would prescribe an appropriate diet plan. 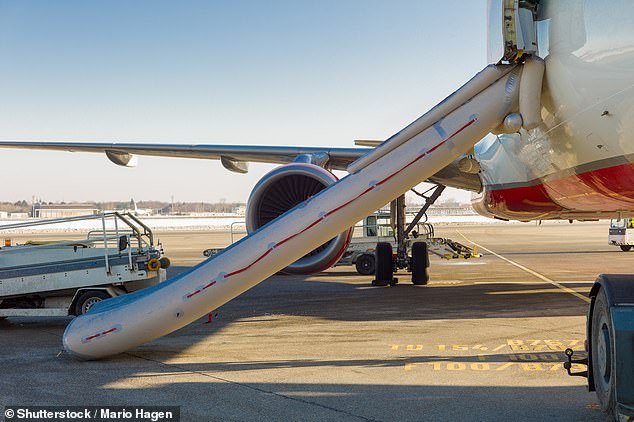 While many people assume evacuation slides might be quite fun, the flight attendant says the landing can be quite hard

Evacuation slide training was a huge component of our safety and emergency procedures training. We got to jump down a slide only once, though.

The slide is steep and you land on a relatively hard mat at the bottom. I observed red lipstick marks on the mats, indicating some might have had a pretty rough landing.

There are secret staff sleeping pods

In the aft of the Boeing 777, there is a secret door that can be opened with a special pin code. When you open the door, it leads you up a staircase where you will find up to eight very spacious bunks for flight attendants to take a nap on.

Rest was less relaxing on the Airbus A380 as the sleeping cubicle was located between passenger sections and you could hear toilets flush and babies cry. There were nine tiny bunkbeds stacked over each other.

Newer Airbuses had a better layout down below. It felt like climbing into a submarine as a steep ladder led down from the front galley.

Planes are cesspits of bacteria

I think, as a whole, planes are pretty dirty. The seat covers were only exchanged if they’d been soiled or vomited on.

As the planes were constantly on the move, it was only obvious dirt that was tended to. If I ran a towel on the galley floor I guarantee it would have been filthy in a single wipe. Passengers sometimes went to the toilets barefoot. This is not something I would advise. 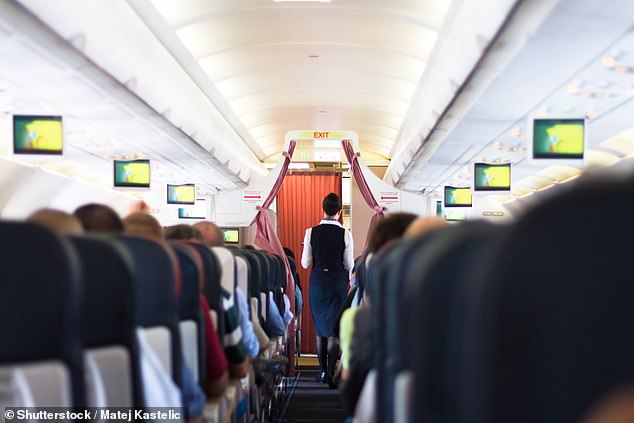 During the pandemic, the flight attendant noticed that passengers were kinder and less demanding

When airports started closing down, you could see how desperate people were to get home. Everyone understood that we were repatriating them, not there to provide the usual ‘world class’ service.

For the first time in years, I did not have to lift a single bag for anybody and put it in an overhead bin. This was a huge change and relief.

For once, we were also not being chased around with call bells and in general, customers were grateful just to be on board.

Pilots use their status to get sex

In pre-Covid days, layovers were basically fun nights out, where anything could and did happen.

It was quite common for pilots to get girls’ numbers from the staff portal and invite them to their room.

I’ve seen promiscuity from both sides, though. The female crew still consider it ‘climbing the ladder’ if they sleep with a pilot, and it’s a sad truth, but many men will take advantage of this.