Home » Lifestyle » Coronavirus: ‘In this current dark reality, sport doesn’t matter but it does’ 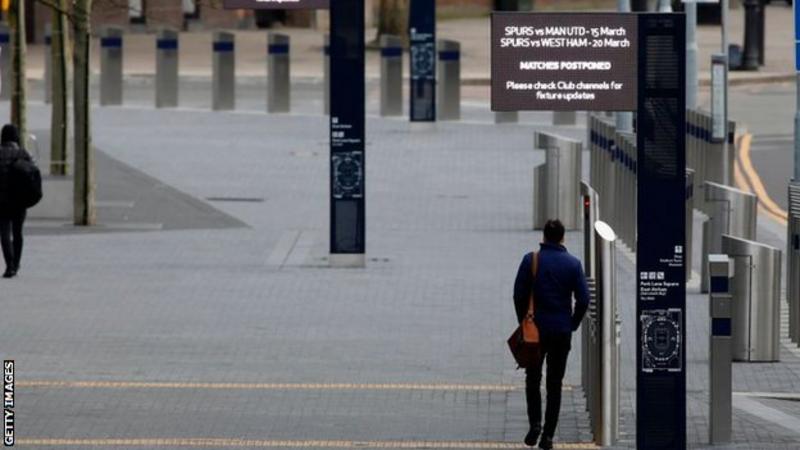 No-one anchored in the current dark reality should be thinking that the cancellation of elite sport this past weekend matters much compared to the wider crises at large.

Except in a small hidden way we have. Sport can play many roles for us – a thrill, a source of perennial disappointment, a way of working out who we are – but it’s often quite sensible things too.

An escape, taking us away from the serious stuff. All the times a game or a race or a neat little self-contained drama makes us feel better, or makes us feel worse but in the process helps us forget about the escalating life-size dramas we feel powerless to control.

A routine, structuring our days, ordering our weeks. Saturday morning is better than Monday morning. Wednesday nights are bigger than Thursdays. Five minutes to three on a Saturday afternoon is maybe the best of all.

Sport is a calendar. The end of the Six Nations should mark the start of spring. The searing greens and blues of the Masters tell you winter is beaten and warmth and blossom all around. The European Championships are summer evenings and barbecues and beers taking over from vegetables on the bottom shelves of the fridge.

Sport makes sense, most of the time. There are precedents and organisation and timelines. You do this and this happens. You start here and you end there.

None of which feels true in the path of a pandemic that has accelerated across old borders. And so sport becomes our prism for trying to understand what that is and what it means.

For most people in Britain coronavirus currently feels a theoretical onslaught rather than a personal one. The detonation of those familiar routines and closing off of the escapes is the first time many of us have begun to understand what might really be going on.

You need to instinctively turn on the radio or TV on a Saturday afternoon and wait for the frantic excitement of goals going in and tries being scored only to find nothing but unfamiliar voices and sober bulletins to realise that these are no longer normal times.

You need to wonder why seven-a-side games for eight-year-old kids watched by only a few keen parents have been cancelled to comprehend what other changes may be coming your way. You have to learn that Arsenal manager Mikel Arteta is in self-isolation to figure out that this is not a disease for strangers and those far away from your world.

It is here and it is now. It is selfish to think of it in terms of what it might mean for league titles or promotion and relegation, ludicrous to waste time thinking how it might affect bets or big weekends planned. But it also makes sense, because it is a private way in to a problem that is no longer everyone else’s.

When there is no football or rugby to go to you don’t stop in the pub for those pre-match drinks and you don’t buy a programme put together at a local printers. You don’t catch the tram or the bus there and you don’t stop for chips or a dirty burger on the way home.

You appreciate how something apparently trivial like the cancellation of a game is going to impact on the lives not just of the millionaires who would have played it but the working people who depended on it. You are part of those benign ripples and when they go you can see it and you can empathise.

Sport doesn’t matter but it does. It is how many of us experience community. It’s standing in a stadium surrounded by strangers in the same colours singing the same songs that you can feel like you are most at home.

It’s watching from the sofa while firing messages away on multiple WhatsApp groups that you keep tight the bonds with old friends. It’s reacting in the same way to the same game on TV as countless millions you will never meet that can make you feel part of something bigger than just you.

These may be strange days and weeks ahead. They might feel empty in a way they haven’t for a long time.

Those invisible links and relationships will matter all the more. In a time of isolation, a sense of belonging. Keeping an eye out, making a call, holding on to the connection.

We might also remember those ties and how it will be when it comes back. It may be a long time until normal service is resumed, but when it is the return of matches and games across the country will be one of the first signs and one of the real celebrations.

It happened in the post-war years at the end of a much graver crisis, in the attendances at football matches, in the packed cricket grounds around the country in the summer of 1947 after the miserable winter and long dark years that came before. The Olympics of 1948 marked 12 years since the last but also a collective desire to move forward rather than look back.

It matters less that the Euros might be postponed and this year’s FA Cup may not be completed than the certainty that they will take place again. When they do we can all whinge and moan and celebrate and hug each other like happy idiots once more. The routine, and the structure, and the escape, will return.

A Definitive Ranking of Leslie Knope's Best Nicknames For Ann Perkins, Just Because

Neymar has cost PSG staggering £3.3m per GAME – and may never play for them again after Ligue 1 season cancelled – The Sun