Viewers ‘switch off’ in frustration after family with £700,000 budget issue a lengthy list of demands for their dream period property including a barn, ten acres of paddock, and plenty of space on Location, Location, Location

During the programme last night, Phil Spencer revisited Carol and Alan, from Somerset, who appeared on the show in 2010 searching for their dream property with a healthy £700,000 budget.

However they had a lengthy list of demands, and wanted space to run a dog training business and live together, with a barn for dog agility classes, ten acres of paddocks, parking and good access for customers, as well as outbuildings which could be converted into holiday rentals, a bolt hole and no neighbours close-by – but also said they didn’t want to be too isolated.

When they began their search, Phil told them: ‘What I can say confidently is that the whole package that everyone wants, within the budget, does not exist, it’s not there.’

And the family struggled to find the perfect home, announcing one house was ‘too close to the neighbour’, while another had rooms which were ‘too small’.

Though they put in an offer for a property at the end of the show, it was £95,000 over their budget, and viewers were left frustrated by the family, with one commenting: ‘I’ve had to switch it off because it’s sent my blood pressure into the stratosphere.’ 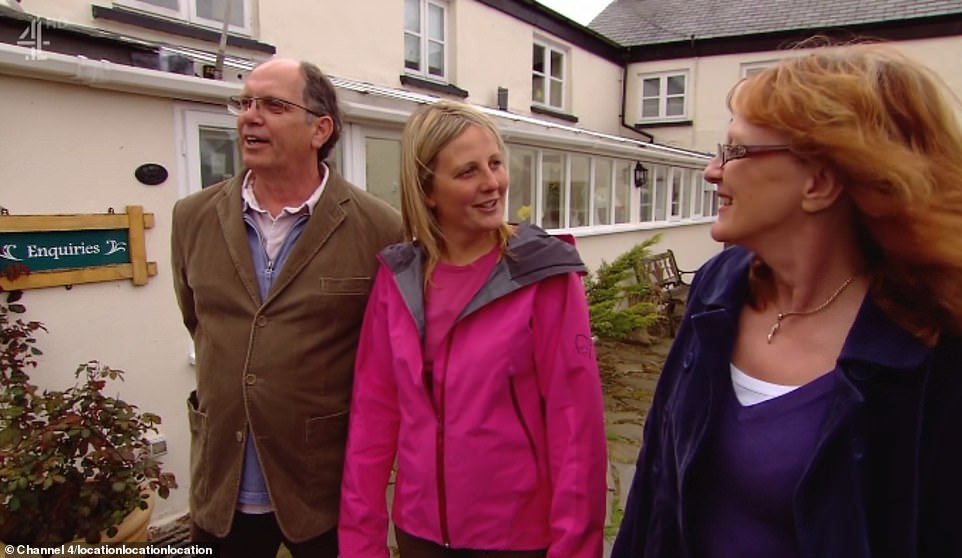 Location Location Location viewers slammed a demanding family Carol, Alan and their daughter Lauren, from Somerset,  last night after Phil Spencer was forced to tell them a home that their specifications did not exist

Another wrote: When Phil talking £ of property, the daughter rudely looking away, not listening! And the parents doing it all for her. She’s an adult having it handed to her on silver platter, with such bad manners.’

At the start of their search, the couple admitted they had been searching for the perfect property for over a year, had been gazumped twice and even hired a professional property searcher.

They questioned if their dream home was even out there and within their budget.

Phil asked why they hadn’t had any success, saying: ‘What’s been going on? Why haven’t you worked it out yet?’ 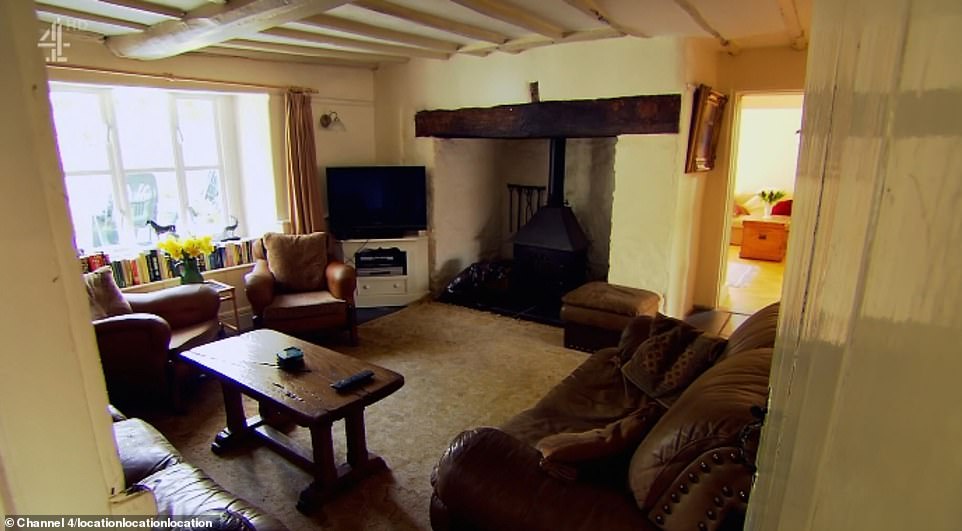 Within minutes of meeting the family, the property expert told them their dream home ‘didn’t exist’ , and they ended up putting in a bid on a home £95,000 over their budget (pictured) 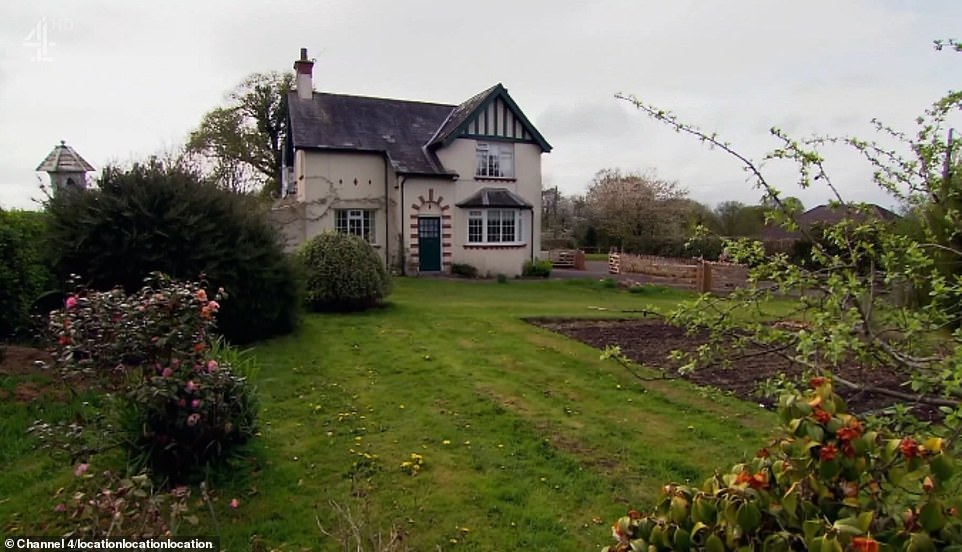 The second property in Wellington ticked several boxes on their wish-list, with space for all the family, 12 acres of paddock, a tumble-down barn for the dog arena and space for holiday lets (pictured) 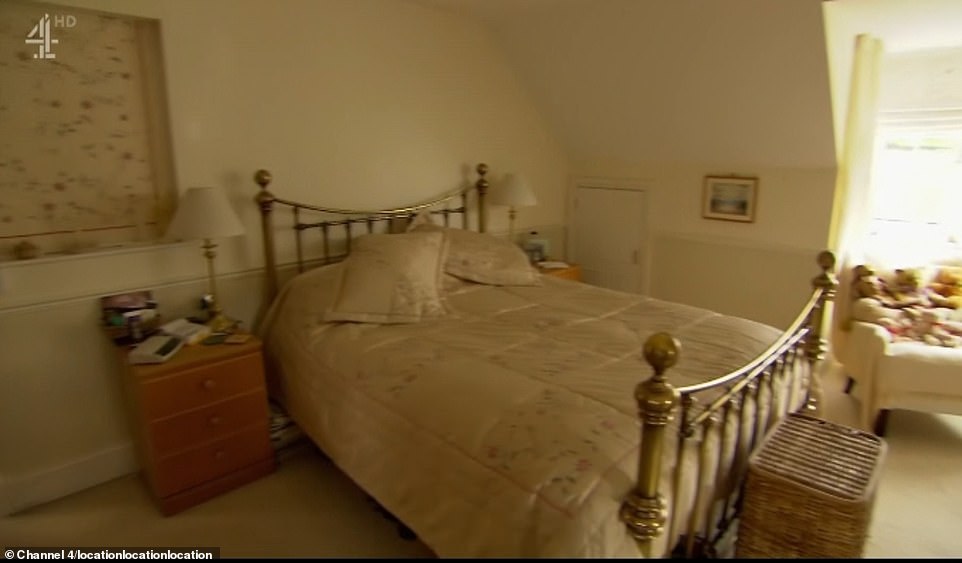 However the family were critical of the ‘small rooms’ in the property, and also suggested they needed their dream home to have a barn for their dog training business

Their daughter Lauren, who wanted to run a dog training business from the property, replied: ‘It’s a fairly complex search I think, the fact that our requirements are unique.

‘For me, the outside space is really really important, and I am not bothered about the house at all, I just need some outside space.’

Carol said: ‘It has to be fairly isolated and have no neighbours, we have to run the business without annoying anyone else. [The holiday rentals] excite me.’

Phil was blunt in telling the family that their dream property would be almost impossible to find within their price range, adding: ‘We’ve got a good budget but it doesn’t go far in this part of the world.’

Viewers were highly critical of the family, with some suggesting daughter Lauren had ‘bad manners’ and was spoiled while others wondered why they had such a large budget

The first property, a £595,000 farmhouse in Tiverton, came with 14 acres and plenty of outbuildings.

However Alan immediately said the property made him ‘very nervous’ and pointed out the proximity of one neighbour,  and the isolation of the area, as issues.

Carol said she was unsure about taking on such a historic period home, with Alan adding: ‘You don’t know what’s going on behind it.’

The second property in Wellington was closer to their wish-list, with space for all the family, 12 acres of paddock, a tumble-down barn for the dog arena and space for holiday lets. 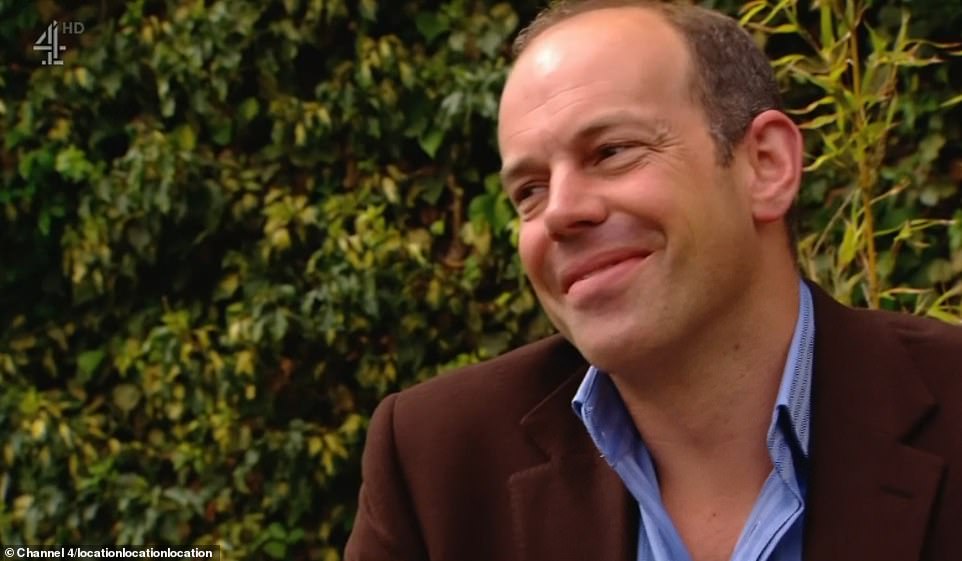 When they began their search, Phil told them that he was ‘confident’ the ‘whole package’ didn’t exist for the family of three within their budget

It was on the market at £645,000, leaving the couple with plenty of budget for a bolthole to add if they wanted.

But Carol was critical, saying the rooms were ‘small’ and adding: ‘If it had a barn already up, it would be perfect.’

The third property had all the facilities they needed for the dog business, large barns and eight acres of flat paddocks.

The 400-year-old family home had period features galore and a little annex for Lauren to live in, while the two holiday lets were four-star-rated and already flourishing. 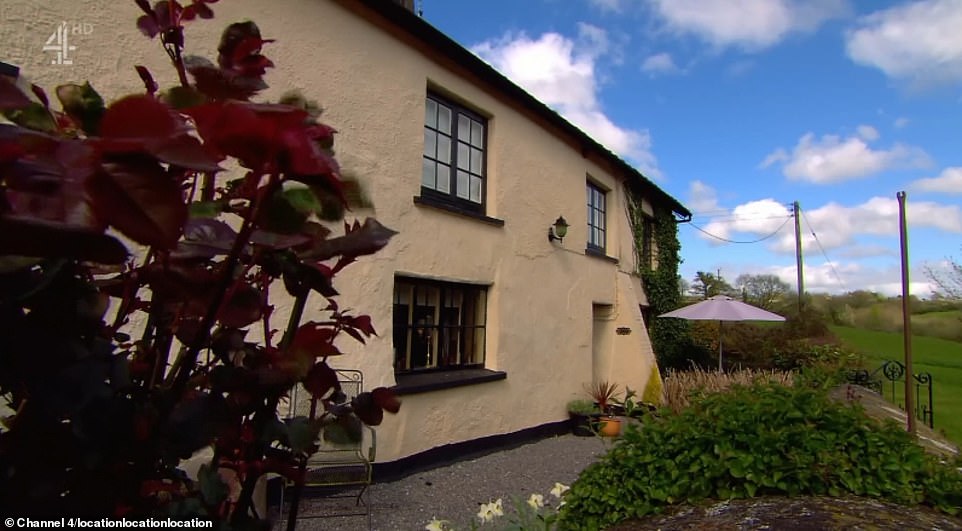 The first property, a £595,000 farmhouse in Tiverton, came with 14 acres and plenty of outbuildings, but the family felt it was ‘too isolated’ 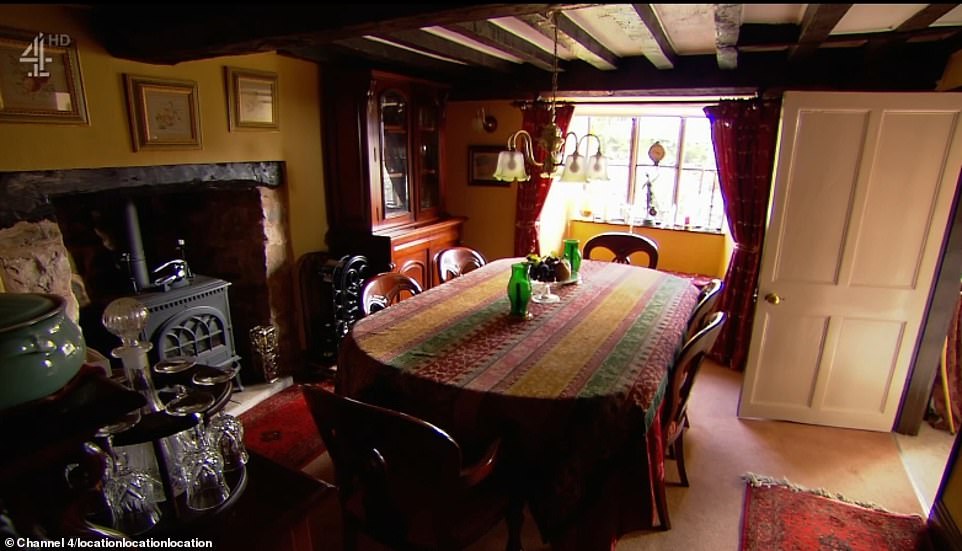 The property had period features, another request on the family’s list, but they immediately took a dislike to the space (pictured, the dining room) 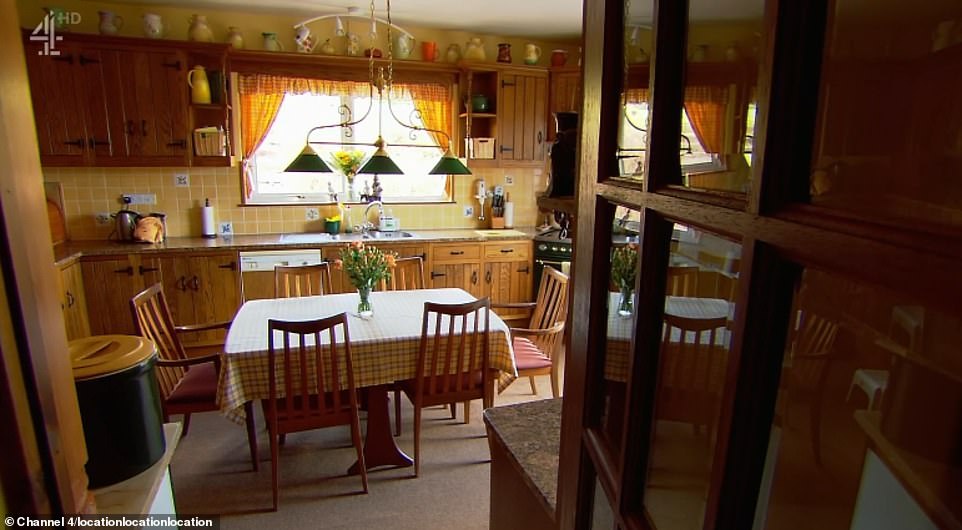 Meanwhile Alan immediately admitted the property made him ‘very nervous’ and said he had concerns about the period features (pictured, the kitchen)

The house had forever home written all over it – but was completely out of their price range at £795,000.

The following day, the family returned to the property to discuss how they could stretch their budget and decided to put in an offer on the house, which was accepted. 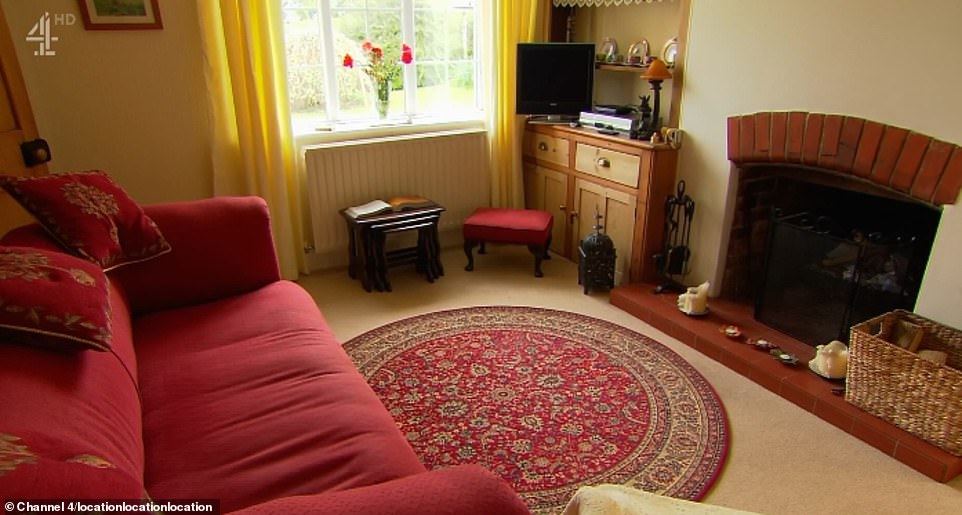 The second property was on the market at £645,000, leaving the couple with plenty of budget for a bolthole to add if they wanted (pictured, the living space) 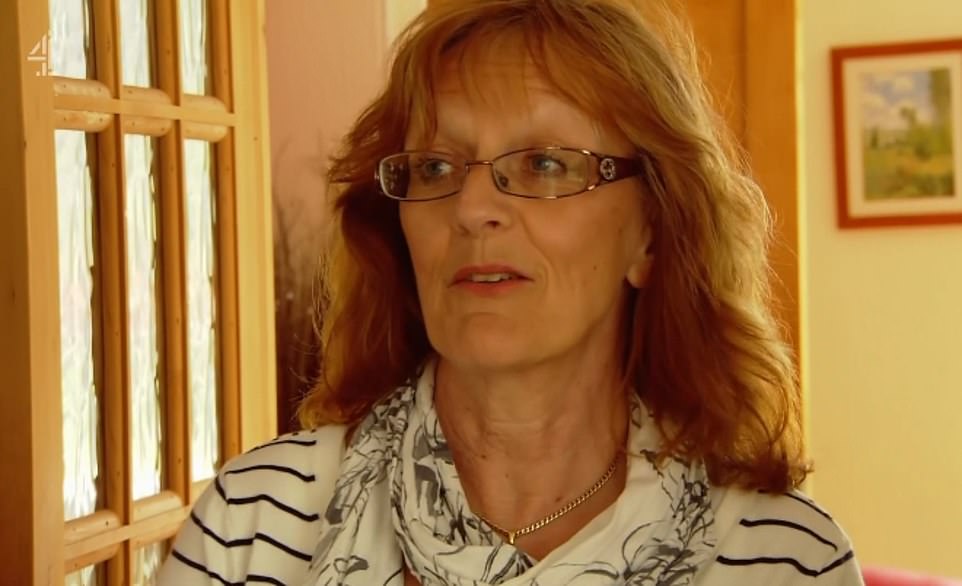 Despite being well within their budget, Carol was critical immediately of the house immediately, saying the rooms were too ‘small’

Lauren described the house as ‘a special bubble’, with her dog training business proving a huge success.

Meanwhile Alan said: ‘We have gone from job to job to job without catching our breath really.’

While Lauren had been invested in the canine side of things, Carol was focused on the property rental business, which had been flourishing over the years.

She said guests continued to return multiple times a year to stay at the stunning home, which was recently revalued at a whopping £1.6 million. ‘ 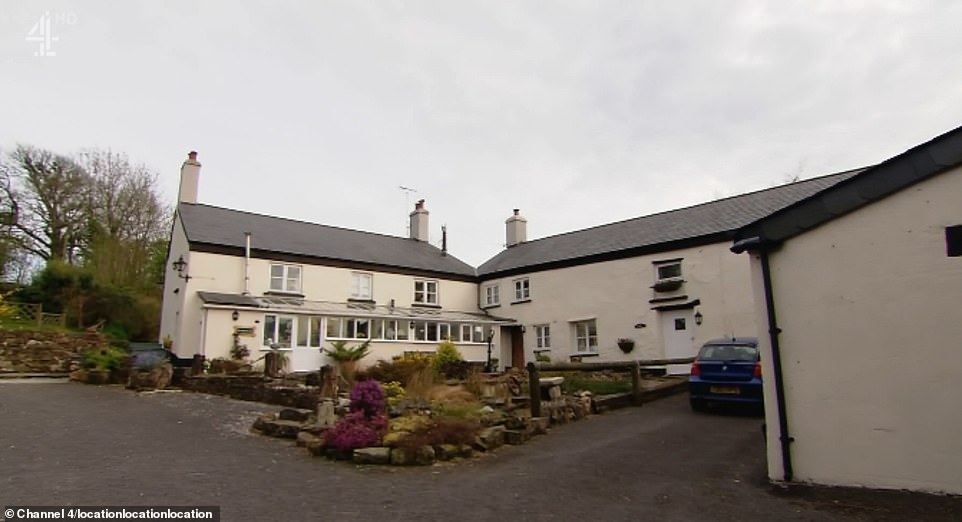 The third property was a budget buster at £795,000 but had all the facilities they needed for the dog business, large barns and eight acres of flat paddocks 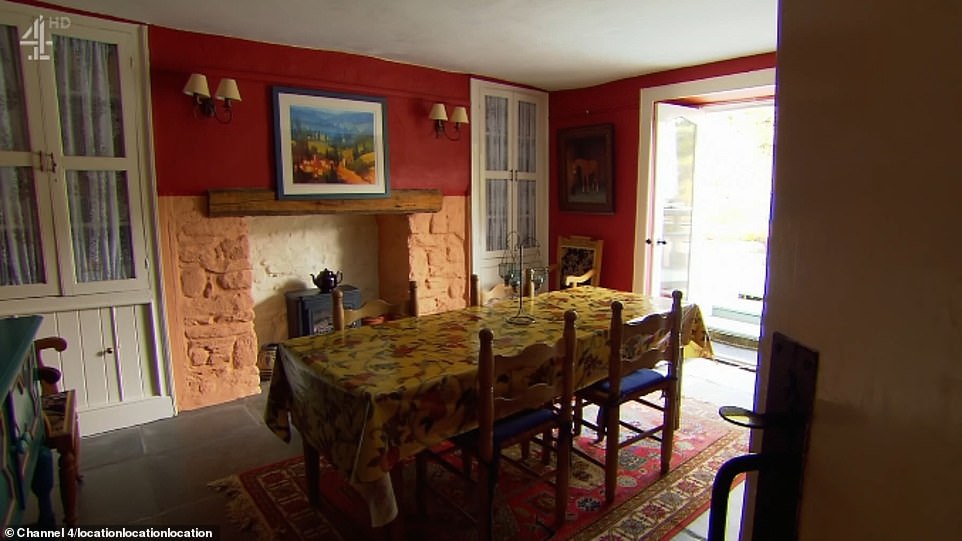 The 400 old family home had period features galore and a little annex for Lauren to live in, while the two holiday lets were four star rated (pictured, the dining room) 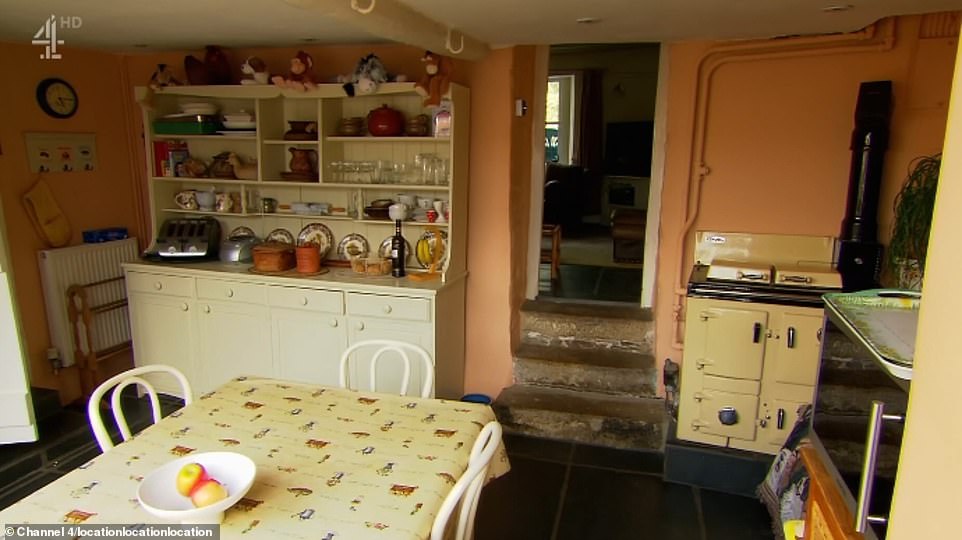 The property had forever home written all over it – with Carol calling it ‘fantastic’, while daughter Lauren also said she would be happy to move into the house (pictured, the farmhouse style kitchen)

Carol explained: ‘We’re very different people than who we were when we first came here. The experience of being here…the place I saw when we moved here was amazing and like a dream, and it’s gotten better.

However viewers were highly critical of the family, and questioned why the programme makers continued to show people with large budgets.

One person said: ‘Wouldn’t it be great if they helped out ordinary, struggling people? I guess that wouldn’t be considered good telly.’

Another wrote: ‘Where do these people get all this money from?’

What’s in a Name? How U.S. Talent Buoys International Sales on European Drama