DAVID BECKHAM met the England squad in Doha before the start of the World Cup.

The former Three Lions captain is in Qatar working as an ambassador for the tournament. 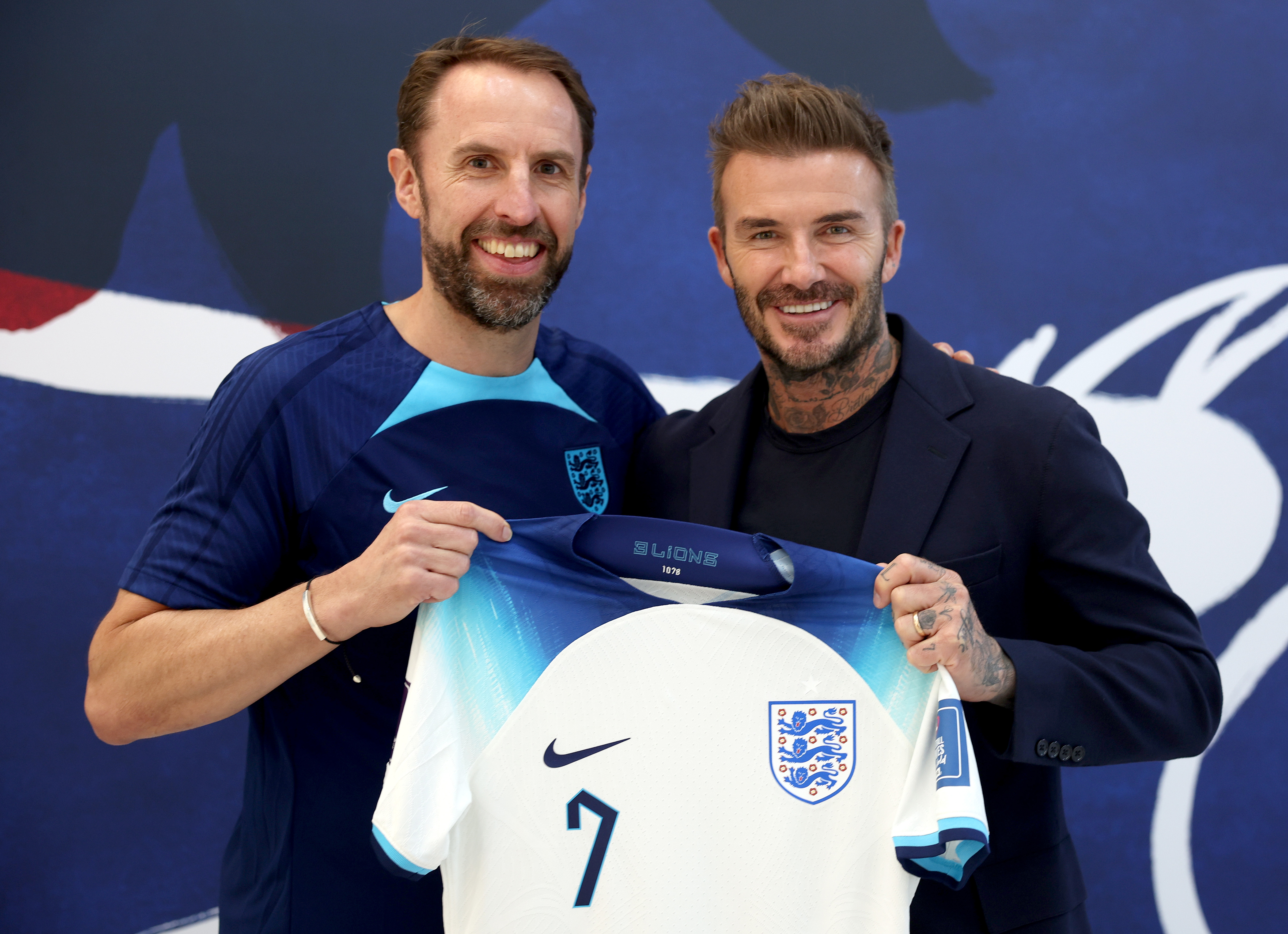 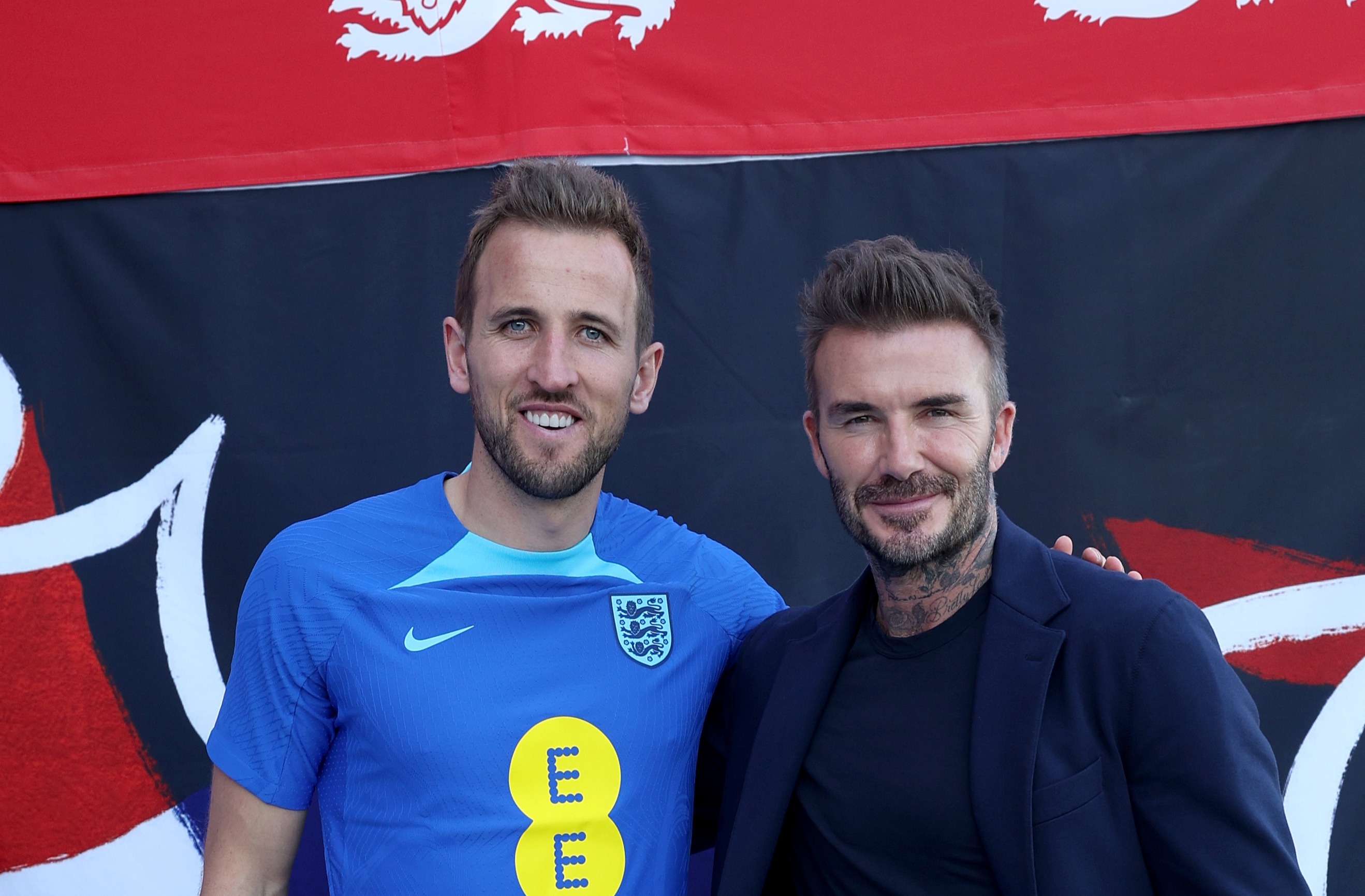 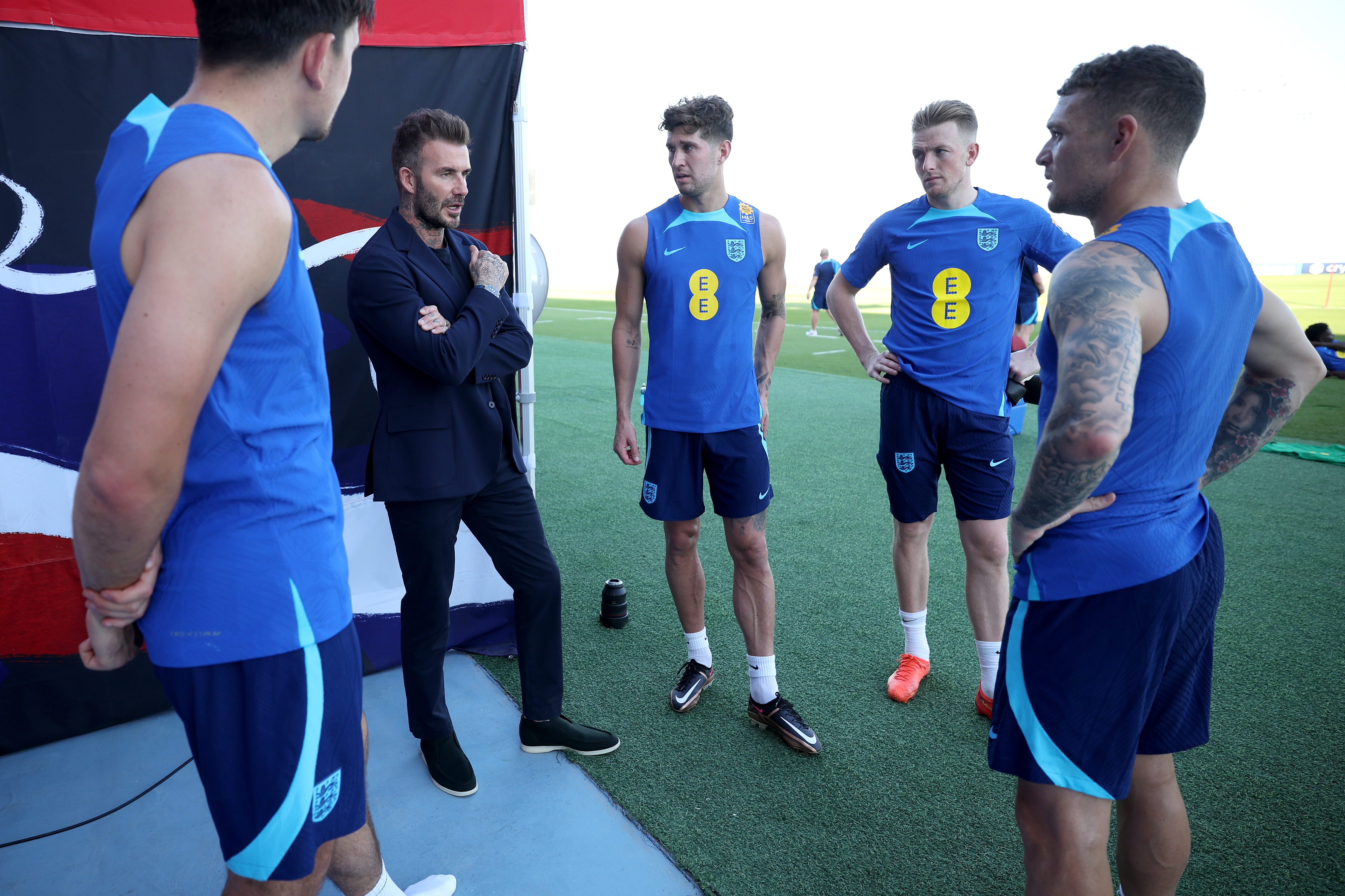 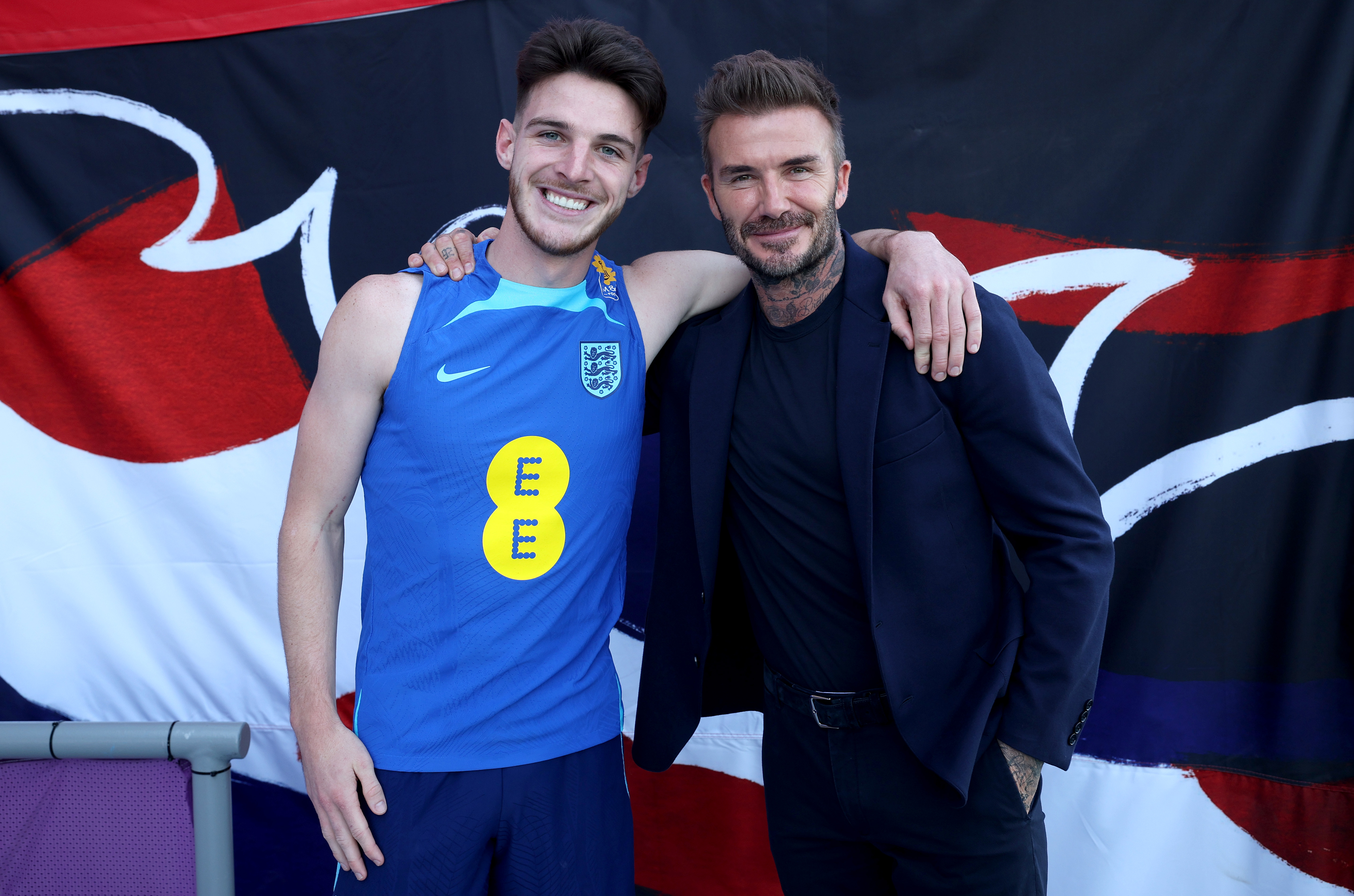 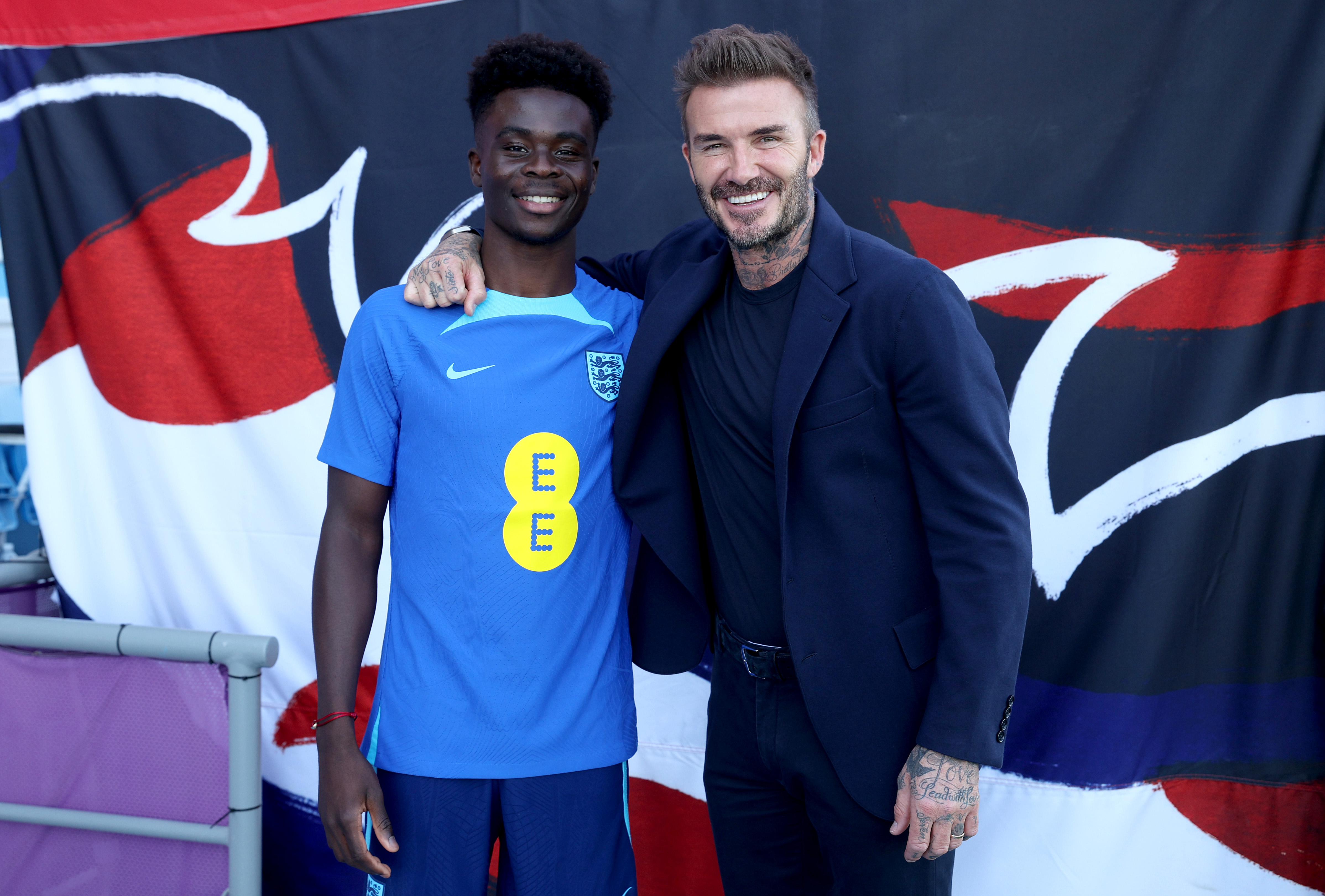 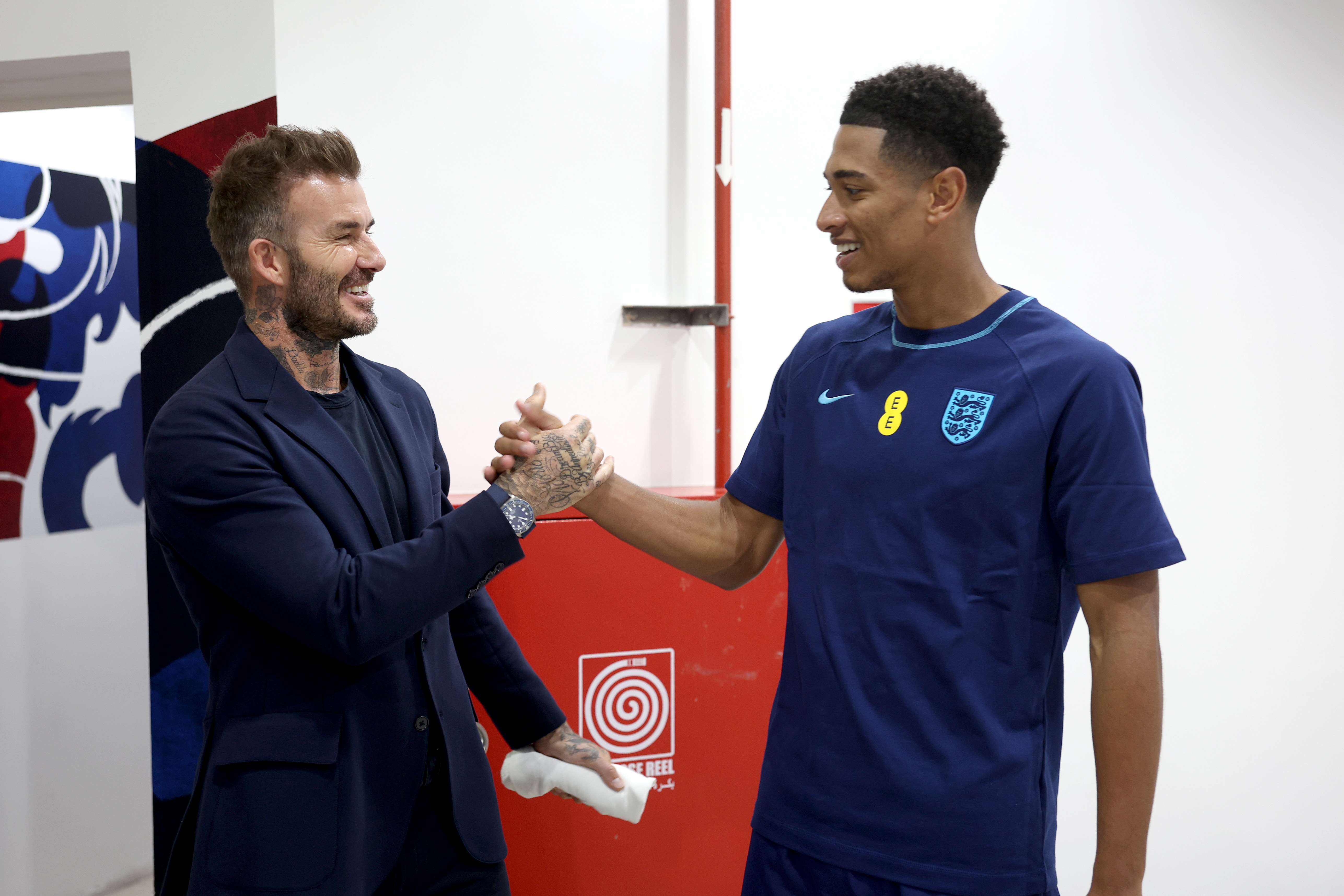 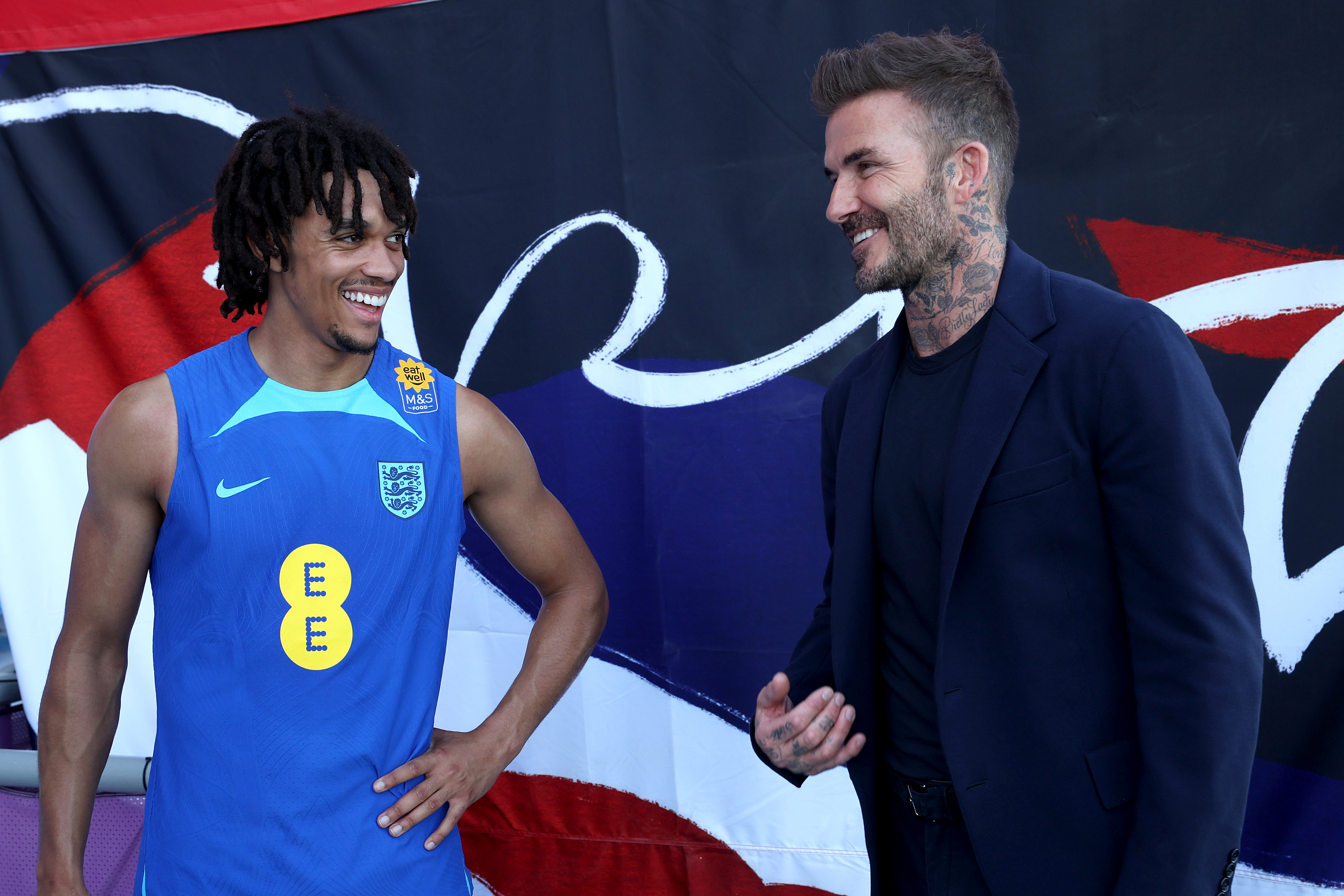 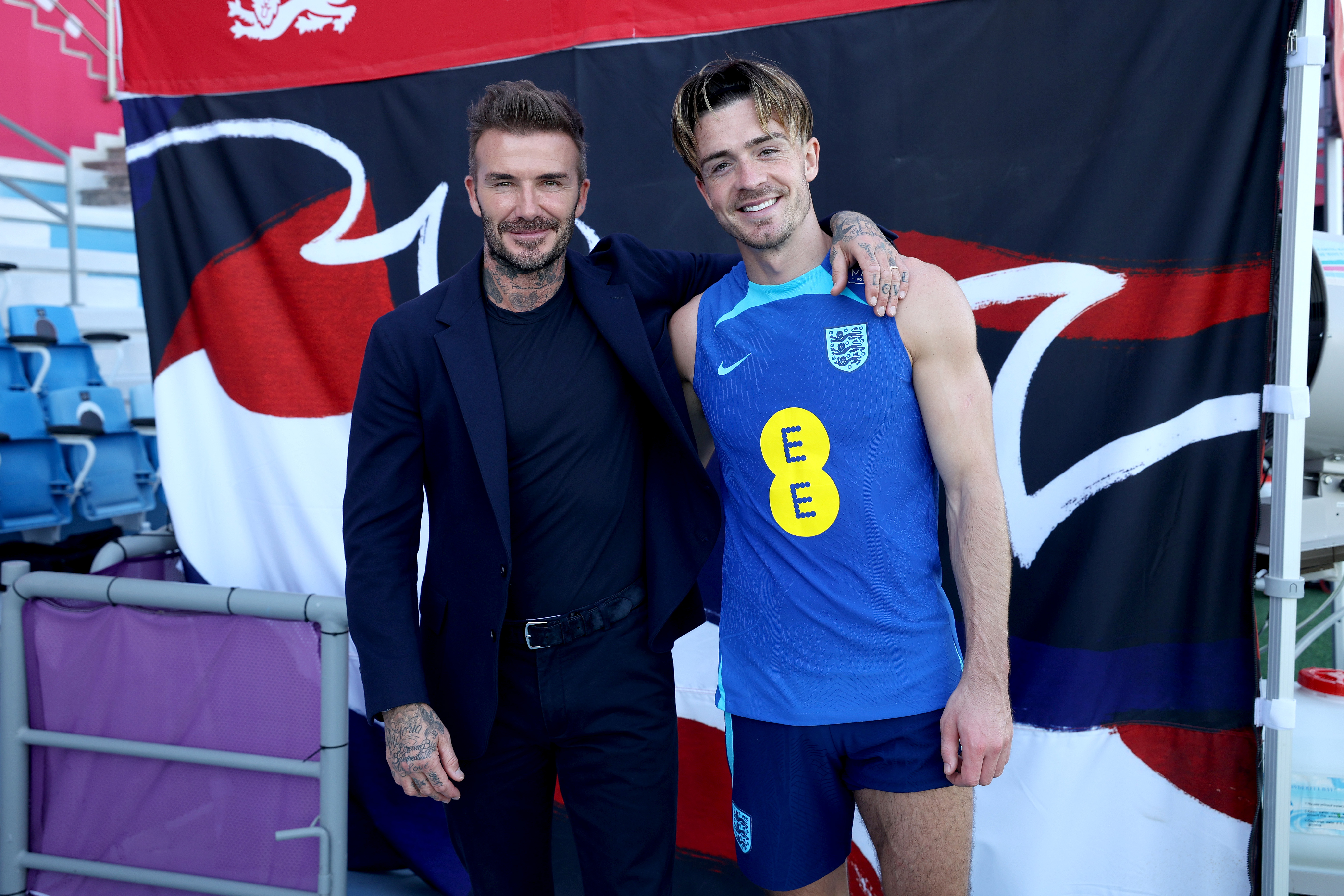 But he spent time at England's training camp on the eve of the World Cup to speak to players.

Gareth Southgate presented his former team-mate with his iconic No7 shirt, fitted with 'Beckham' across the back and his legacy number, 1087, imprinted on the inside of the collar.

He also met with England captain Harry Kane – a player he helped inspire on his way to the top.

Beckham shared some words with Harry Maguire, John Stones, Kieran Trippier and Jordan Pickford, likely passing on wisdom he gained from his own World Cup experiences.

World Cup sign-up offer: Get £30 in free bets to use TODAY with Bet UK

He also spoke to Trent Alexander-Arnold about his crossing ability as well as some of his memories playing against Liverpool at Anfield as a Manchester United player.

The likes of Jack Grealish, Declan Rice, Kalvin Phillips and Callum Wilson all looked buzzing to see the 115-cap former star, and each beamed from ear to ear as they shook hands with Becks.

Beckham also looked delighted to see the current England stars and will hope his visit acts as a source of inspiration.

'GOD SAVE OUR KING'

Kane, who famously met Beckham as a kid, revealed the former United man was his idol growing up.

The England No9 said: “Becks went to my secondary school, Chingford Foundation. We both played for Ridgeway Rovers, our Sunday league team.

“He was my biggest idol when I was growing up. He was here the other day. We had a good chat.

“He was one of the best captains we ever had.

“I didn’t just ask questions about games or how he felt, it was more just getting to know his experiences, how he feels about our team, what he sees in our team.

“We had a chat about loads of things. He’s really excited for the national side. He loves watching us play.

“It’s great to have support from ex-players. They know how much it means to represent your country. They’re all part of the team.”

"Can’t Breathe. I Love You." — The Last Words Of A Nurse Dying From The Coronavirus To His Sister