DEREK CHISORA will fight Oleksandr Usyk in a huge heavyweight at London's O2 Arena on May 23.

The pair were set to fight in March before the Ukrainian suffered an elbow injury. 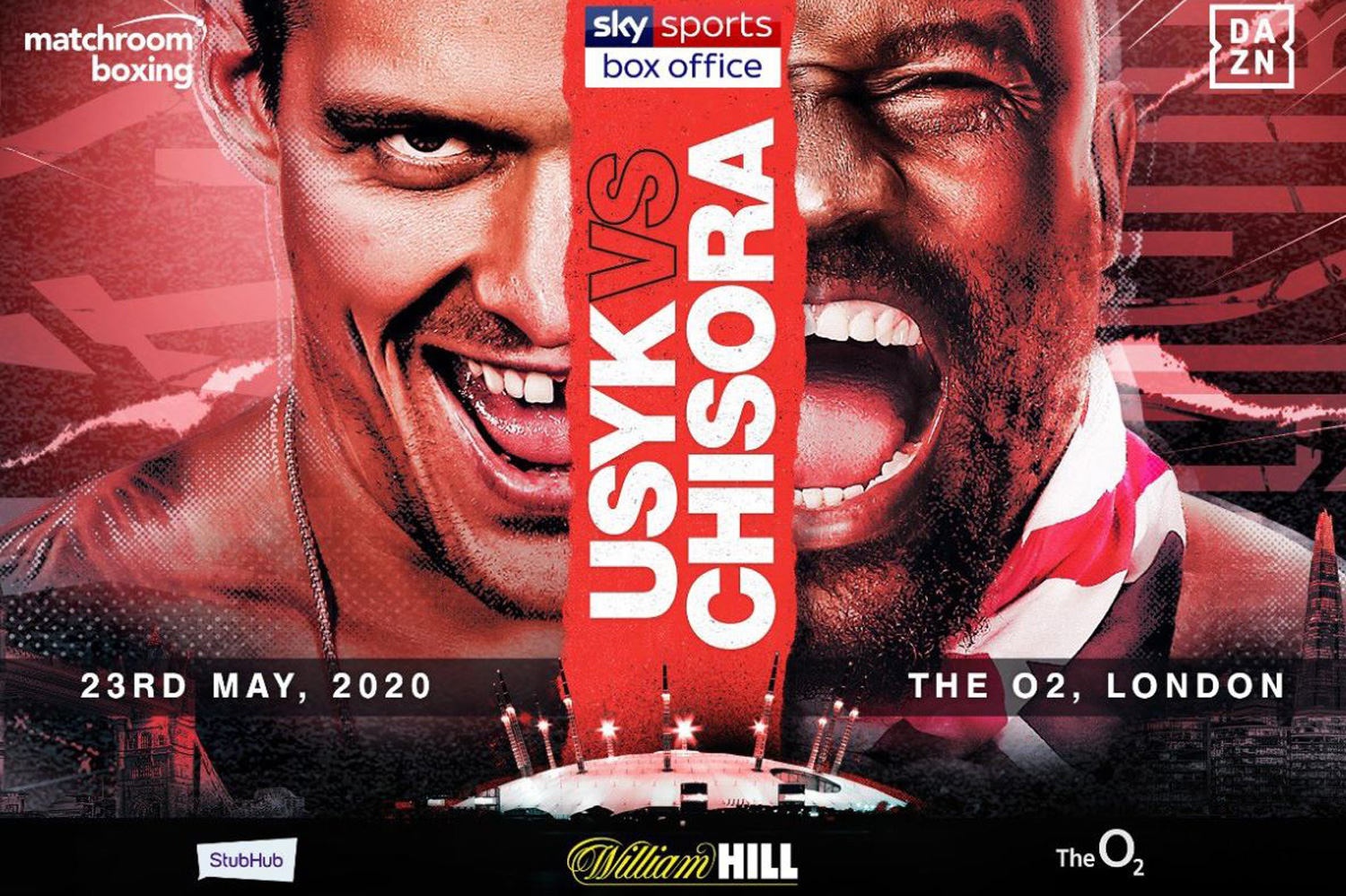 The fight will be shown live on Sky Sports Box Office, it has been confirmed.

British veteran Chisora, 36, hasn't stepped in the ring since his fourth-round stoppage of David Price in October.

But former undisputed cruiserweight champion Usyk, 33, will be determined to prove he has what it takes at heavyweight.

The Ukrainian southpaw easily beat Chazz Witherspoon on his division debut – meaning he has now won all 17 of his career fights.

It will be Usyk's second fight in England during his career, having beaten Tony Bellew in Manchester in 2018.

The victory ensured he defended all four of his cruiserweight titles.

Chisora, meanwhile, has a career record of 31-9.

Usyk had initially been promised the winner of the huge fight between Joshua and Pulev in June.

However, the waters have since been muddied by Tyson Fury's win over Deontay Wilder.

Promoter Eddie Hearn wants Joshua to jump in for an undisputed clash with Fury in his next fight.

But Wilder is "counting down the days" until the third fight of his trilogy battle with the Gypsy King.

Should Fury and Joshua come through their unwanted interim bouts, the WBO could give the unified champion permission to face the Gypsy King for all the marbles.

That would leave Usyk out in the cold.