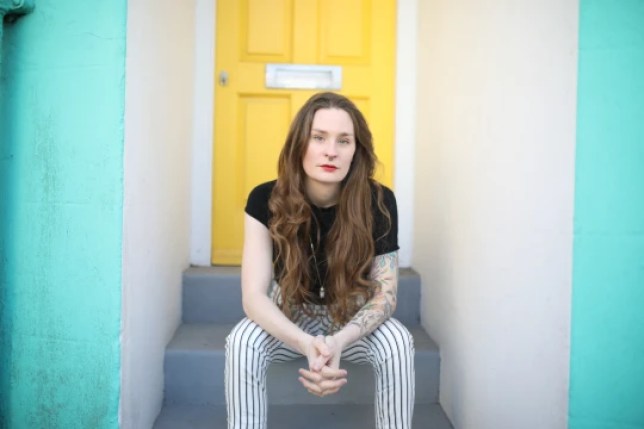 It was in the summer of 2012 that I finally had my gender affirming surgery.

It was something that I had been waiting for for a very long time – and something I knew I needed to do ever since I was a young person.

Being able to access hormone therapy and, later on, surgery was utterly life-changing for me, and allowed me to feel safe in my own skin. It also allowed me to be present for my friends, my family and the people around me.

I felt like I was finally able to give something back to society. I finally saw a future, and I had no intention of squandering it.

This is similar to the experiences of countless trans people across the world that have the opportunity to access gender affirming medical care. Research has shown that this being available is hugely beneficial for our community, which is the whole basis of why it’s given in the first place.

It’s a no brainer – this care allows people to feel better about themselves and their bodies.

Being able to access my own surgery was a long process of several years where I had to prove my intentions to medical staff and the world around me.

It must’ve been at least two and a half years from when I first stepped through the doors of the trans medical team in Iceland (where I’m from) to when I had my surgery. By today’s standards, that’s really fast.

It is therefore hugely frustrating to see people who ‘detransition’ weaponised against this practice because they make up such a tiny fraction of people who go through with these procedures anyway.

There is also very little nuance on the issue too – so rarely do we hear about the myriad reasons that could have led them to their position.

Those are just a few of the reasons people detransition. Just because someone decides to detransition, it doesn’t mean that their journey was any less meaningful or insightful for them. We all have our own internal experiences of gender, and there are many different ways to explore that.

Advocating to limit or stop medical support is a hugely damaging cause, and it won’t help anyone

Research tells us that regret rates surrounding gender affirming care are much lower than for other forms of surgeries (around 1%) – such as prostate surgery (20%), knee replacement (20%), and post mastectomy reconstruction (47%).

So why do people focus on transition regret, when gender affirming care is perhaps one of the most successful things that increases well-being of those who undergo it?

In my mind, it shows a clear bias against trans issues, where every opportunity is taken to cast doubt upon our lives and realities – even with misleading narratives that aren’t representative or reflective of the issue involved.

A common argument by those who step forward saying they believe they should not have transitioned is that they felt ushered into it, and even pushed to get certain medical interventions. Some even say that gay men and lesbians are being ‘groomed’ and told they are trans instead of telling them it’s OK to be gay and lesbian.

The claims of people being pushed into care is at a stark contrast to what trans people in general experience. Many have felt that they have had to convince medical professionals, and that it’s taken them years to access support – way beyond what is acceptable.

In fact, waiting times via the NHS have increased in the past few years and the national average waiting time is 18 months, according to national charity the LGBT Foundation. According to the Gender Identity Clinic’s website in London, they are currently seeing people that were referred to them in January 2018.

That’s over four years ago.

This is also the reason many people go private – where the treatment you receive is admittedly given a lot quicker – because they have the funding and the resources to be able to carry out these services.

It is also worth mentioning that each and every person that undergoes any form of gender-affirming care has to consent to it. People knowingly access it because they believe they need it.

It is really sad that there are a fraction of people who later on believe they might have made a mistake – and they without a doubt deserve all the support they require. But their experiences should never be weaponised against the overwhelming majority that unmistakably benefit from it.

Advocating to limit or stop medical support is a hugely damaging cause, and it won’t help anyone. On the contrary, increased funding and resources towards it will mean better trained staff and higher quality services for everyone.

People have to be able to take some personal responsibility for the choices they make, and we have to understand that with all healthcare, there is the element of risk and regret. We need to stop the double standard.

When I had my surgery in 2012, I asked my doctor why he got into this field. He simply smiled and said that it was because trans people were some of the most grateful patients he’d ever had.

He said that he saw so clearly the positive impact these surgeries had upon his patients, and he knew that he was making such a difference. I think that describes perfectly just how life-changing this is and how it’s utterly revolutionary for people’s lives.

Trans people don’t need further restrictions and limitations. We deserve a rounded healthcare service that receives the right amount of funding and resources. That’s really where the crux of the issue is.

What is the crocodile roll in rugby, is it banned and what is the latest update on Jack Willis' injury?