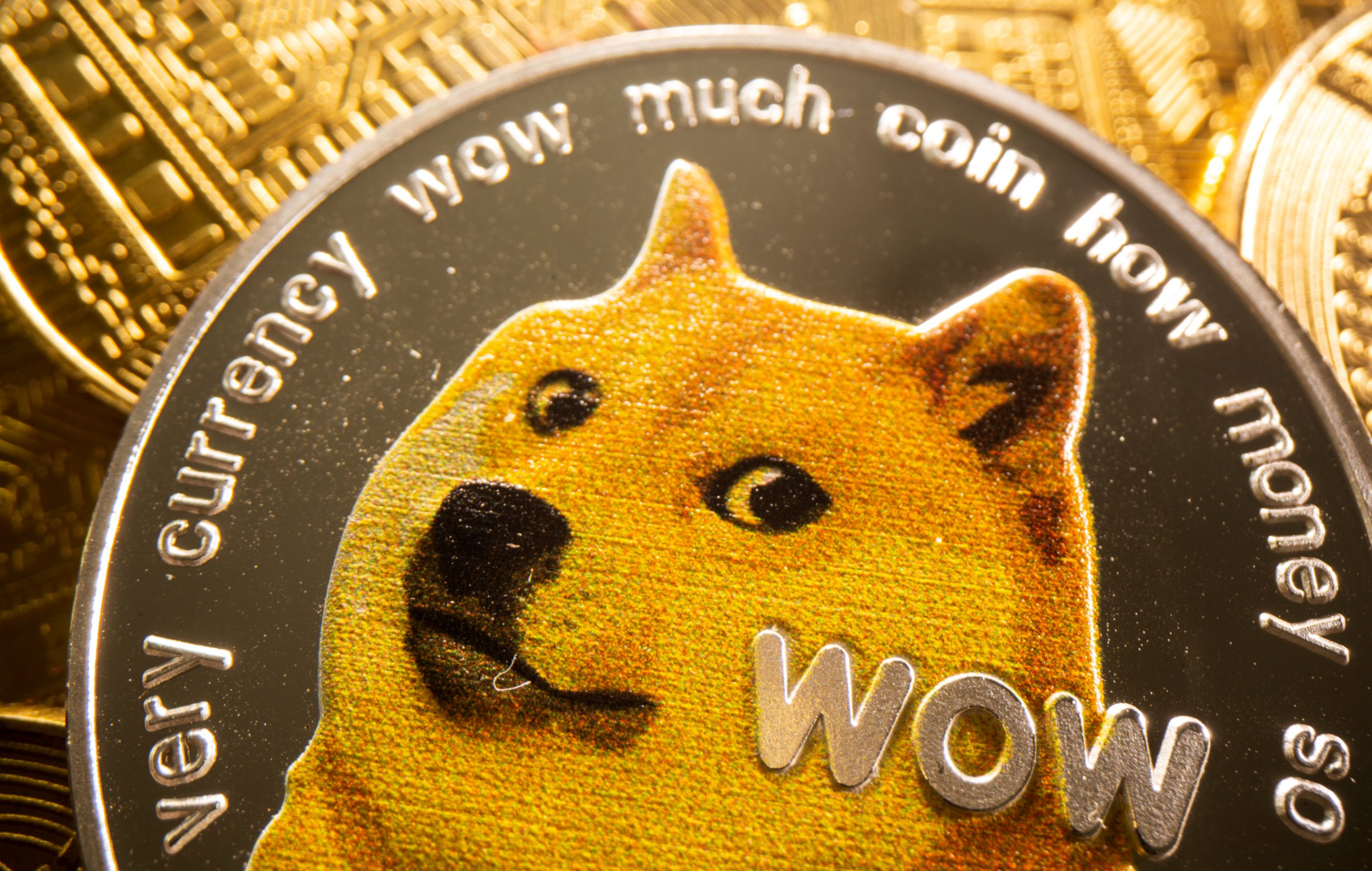 Elon Musk has said that his electric car company will start accepting payment for merchandise in Dogecoin.

The Time person of the year said Tesla would start taking Doge payments to ‘see how it goes’.

The value of Dogecoin (a joke cryptocurrency set up to rival Bitcoin) jumped as much as 25 per cent in value as a result.

It’s not the first time Tesla has experimented with crypto. It earlier claimed it would accept Bitcoin before reversing the decision and citing the environmental costs of mining.

‘Fundamentally, Bitcoin is not a good substitute for transactional currency,’ Musk told Time.

‘Even though it was created as a silly joke, Dogecoin is better suited for transactions.’

Musk confirmed the idea in a tweet that sent Dogecoin soaring. It dropped down a bit afterwards before settling at around a 15 per cent increase.

Despite the bump from Musk’s revelation, Dogecoin has actually been trading down over the last couple of months.

As cryptocurrencies started to gain momentum, due to the availability of the underlying technology – blockchain – ‘dogecoin’ was created as a joke back in 2013.

Everything about the cryptocurrency is designed to appeal to internet culture. The Shiba inu dog that is the face of dogecoin rose to fame after a meme of the breed went viral.

Meanwhile, the crypto lists its creators as Mr Palmer and Shibetoshi Nakamoto – a play on the mysterious creator of Bitcoin, Satoshi Nakamoto.

Musk has been championing Dogecoin for some time now, referring to it as the ‘people’s crypto’.

Michael Jackson Paul McCartney friendship: How did MJ and Sir Paul fall out?

Details On Prince Harry’s Speech At The Vax Live Concert