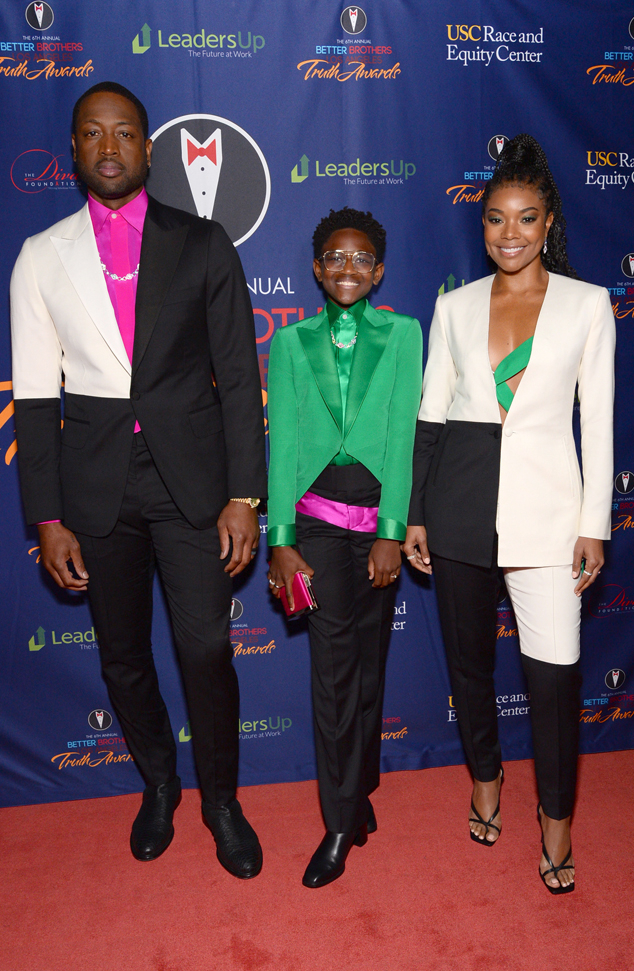 Dwyane Wade, wife Gabrielle Union and daughter Zaya Wade attended the 2020 Truth Awards together on Saturday, marking the 12-year-old’s first red carpet event since the retired NBA star revealed in February she is a transgender girl.

The three posed for pics together and spoke to reporters. Zaya wore a bright green tuxedo jacket over a matching shirt, paired with black pants with a pink sash and black boots. Dwyane and Gabrielle wore outfits that coordinated with hers.

“Everyone allow her to re-introduce herself her name is Zaya Wade!” Dwyane wrote on Instagram on Sunday, alongside a photo of his daughter posing solo at the Los Angeles event. “Last night was Zaya’s first red carpet and we couldn’t have been prouder of how she handled the questions that were asked of her. She has emerged as one of the young faces and voices for the LGBTQ+ community. #truthawards.”

The Better Brothers LA’s Truth Awards ceremony highlights the accomplishments of the Black LGBTQ+ community and its allies. Inside the event, the three appeared onstage together to honor a friend, and Dwyane spoke earnestly about his Zaya, one of his four children, who had previously accompanied him to red carpet events when she was known as Zion Wade.

“When our 8-year-old daughter, Zaya Wade, came home and said she had something to tell us, when she came out to us, as a family, we admitted that weren’t as educated about the LGBTQ+ plus community as we should have been,” Dwyane told the crowd.

He said he and Gabrielle reached out to good friends, a male couple, who “helped us navigate the right language to use the questions to ask and what to listen for.”

“They also reminded us to make sure Zaya knew her community and felt the love and support inside and outside from home,” he said. “From working closely with Zaya to design her room in our homes to make sure that her most authentic self was represented and that her bedroom felt like her sanctuary. Now, that may seem small, but taking the time to make sure Zaya felt seen and heard as she created her own space for us was key. It was key to Zaya’s comfort and her confidence.”

In 2019, Dwyane signaled that Zaya was a member of the LGBTQ+ community and expressed his support for her publicly. In February, the retired Miami Heat star revealed her gender identity and chosen name during an interview on The Ellen DeGeneres Show. He recalled the time “Zion, born as a boy, came home and said, ‘Hey, so I want to talk to you guys. I think going forward I am ready to live my truth. I want to be referenced as ‘she’ and ‘her.’ I would love for you guys to call me Zaya.'”

“I looked at her and said, ‘You are our leader. You are our leader and this is our opportunity to allow you to be a voice,'” Dwyane said. “Right now, it’s through us because she’s 12 years old, but eventually it will be through her.”

Everyone allow her to re-introduce herself her name is Zaya Wade! Last night was Zaya’s first red carpet and we couldn’t have been prouder of how she handled the questions that were asked of her. She has emerged as one of the young faces and voices for the LGBTQ+ community. #truthawards

Everyone allow her to re-introduce herself her name is Zaya Wade! Last night was Zaya’s first red carpet and we couldn’t have been prouder of how she handled the questions that were asked of her. She has emerged as one of the young faces and voices for the LGBTQ+ community. #truthawards

Dwyane later said on Good Morning America, “She is the one who sat down with us, as a family, and said, ‘Hey, I don’t think I’m gay.’ She went down a list and said, ‘This is how I identify myself. This is my gender identity. I identity myself as a young lady. I identify as straight trans because I like boys.'”

“It was a process for us to sit down with our daughter and find out who she is and what she likes and not put something on her because, as parents, we put our hopes and we put our fears on our kids,” he continued. “With Zaya, we decided to listen to her and she’s leading us on this journey.” 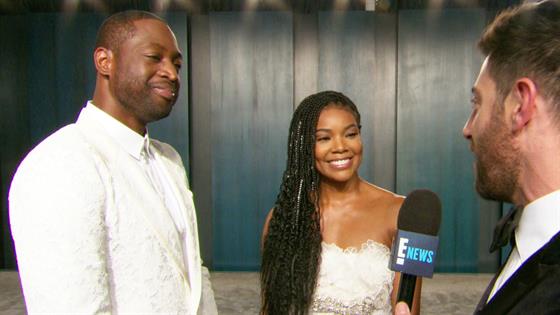