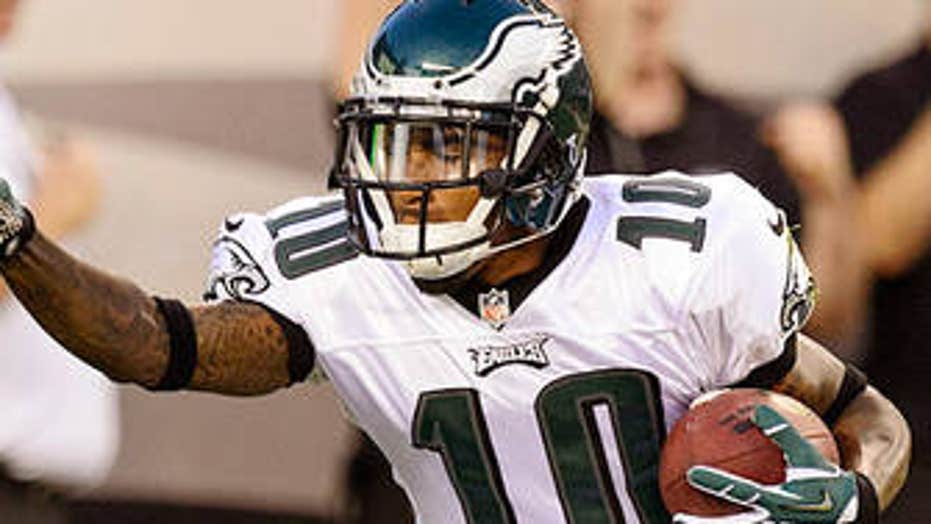 Philadelphia Eagles wide receiver DeSean Jackson was accused of anti-Semitism on Monday for promoting quotes attributed to Adolph Hitler on his social media.

Jackson highlighted three paragraphs from a book that attributed the quotes to Hitler. He posted the picture of the highlighted passages to his Instagram.

“Hitler said, ‘because the white Jews knows that the Negros are the real Children of Israel and to keep Americas secret the Jews will black mail America.

‘The will extort America, their pan to world domination won’t work if the Negroes know who they were.

‘The white citizens of America will be terrified to know that all this time they’ve been mistreating and discriminating and lynching Children of Israel.’”

The Philly Voice noted that the passage appears to be from the book “Jerusalem,” which attributed the quote to “The Nazis World War II.”

In one caption, Jackson wrote: “This man powerful I hope everyone got a chance to watch this !! Don’t be blinded. Know what’s going on.”

He also posted a quote-picture attributed to Farrakhan, which read: “There must be 100% change… There’s a burden the Earth is carrying that it must be relieved from. The Earth is burdened by the wicked living on a planet that was made for the righteous.”

Jackson also posted a video on his Instagram Stories relating to Bill and Melina Gates talking about vaccines. The caption on the video read: “Farrakhan warns against vaccines.”

Jackson defended himself against claims of anti-Semitism, saying “Anyone who feels I have hate towards the Jewish community took my post the wrong way I have no hatred in my heart towards no one!! Equality Equality.”

The Eagles have not commented on the controversy.

Balenciaga Wants You to Wear Zippers Around Your Neck

Hiker Rescued from Mt. Rainier Miraculously Recovers After His Heart Stops for 45 Minutes in ER

Five most viewed overseas properties on Rightmove in 2020 revealed