Elvis Presley was already a star by the time he was drafted into the US army. He did basic training at Fort Hood in Texas before joining the 3rd Armored Division in Friedberg, Germany. It was in Texas that he met back up with Charlie Hodge, a musician who he had connected with back in Memphis, Tennessee.

The pair renewed their acquaintance and started to build a “natural friendship”.

When Elvis went to Germany, so did Charlie, though they weren’t stationed together.

In a newly unearthed interview with Elvis Australia, the latter remembered life in the Army with the King of Rock ’n’ Roll.

“Elvis took me over and said, ‘Charlie, just watch the paper, and you’ll know where I am,’” he recalled. 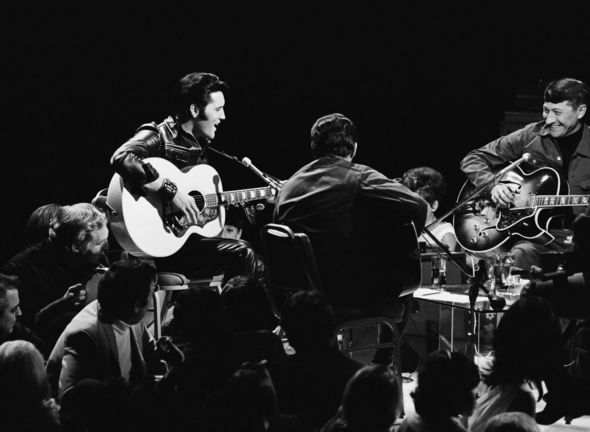 The first weekend Charlie was stationed in Germany, he was allowed to go off post.

“They keep you in quarantine for a while when you first get there, and you can’t leave the post. So, I went up to the Park Hotel,” he said. “It’s the first one that he stayed there.

“And I heard Elvis yell, ‘Yeah, Charlie, come on up,’” Charlie continued. “And so, that’s how we got together after we got to Germany.” 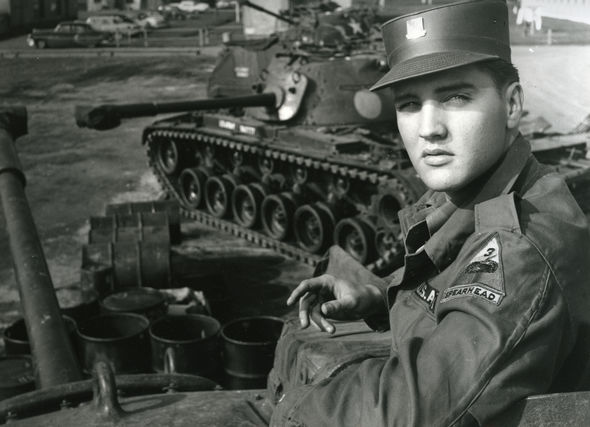 The singer explained how he and Elvis remained close from that day forwards, spending time together every weekend.

“Almost the whole time we was in Germany, I was up at his house there. And I was at first at the Park Hotel,” he told the publication.

Naturally, they got up to some hijinks but one prank in particular almost caused some serious damage.

Charlie explained how Elvis had rented the entire top floor of the Grunewald Hotel, “a small family hotel”.

Elvis Presley wife: Why did Elvis and Priscilla split up? [ANALYSIS]

“We had a few parties and things there and almost burnt down the hotel one time,” Charlie said.

“One time, we were playing a game, and Elvis went in his bedroom and locked the door. And we piled up paper out there and set it on fire.

“We were going to burn him out of there,” he added, quipping: “And so anyway, that’s what got him out of that hotel.”

After that, Elvis settled into Army life in Germany, with Charlie saying: “He rented a house and that’s where he more or less settled into a family type life because it was a home.”

It was during his time in Germany that Elvis met his future wife Priscilla Presley, who was 14-years-old at the time.

In 1960, the star was discharged and returned to the US, where Priscilla joined him at his Memphis home, Graceland, around a year later.

Charlie was one of the close circle of friends who stayed with Elvis throughout his life and became dubbed the Memphis Mafia.

He, too, lived at Graceland for 17 years and remained there for a year after Elvis’ death in 1977 to help the King’s father Vernon Presley with sorting out affairs of the estate.