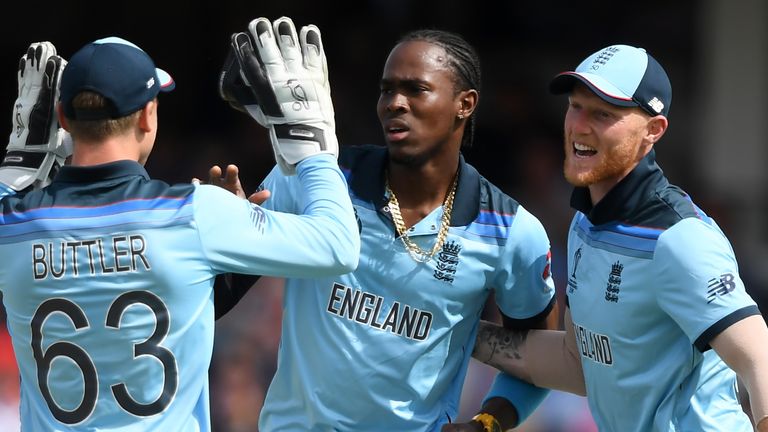 England have named the squads for their white-ball tour of South Africa with Ben Stokes, Jofra Archer and Sam Curran included in the Twenty20 group but rested for the one-day internationals.

All three players have been heavily involved for their sides at the Indian Premier League, and with a potentially hectic winter ahead including possible tours to Sri Lanka, Pakistan and India early in 2021, England have chosen to manage their workload as well as reducing the time spent in another bio-secure bubble.

Jos Buttler was involved in 13 of Rajasthan Royals’ IPL fixtures but England’s white-ball vice-captain is included in both squads for the two three-match series, with the T20Is kicking things off on November 27.

Left-arm seamer Reece Topley is also named in both squads after making his international return against Ireland over the summer, four injury-plagued years on from his last England appearance, while Archer’s absence provides an opportunity for Warwickshire fast bowler Olly Stone, who is part of the 15-man ODI squad; the most recent of Stone’s four ODI caps came in Sri Lanka in 2018. Tom Banton has to settle for a place among the reserves for both the ODI and T20s following a disappointing end to the English summer against Australia and a frustrating IPL in which he has had limited opportunities. Test captain Joe Root is again omitted from the squad for the shortest format.

Meanwhile, Lancashire batsman Liam Livingstone and Somerset all-rounder Lewis Gregory will also be hoping for a chance in the 50-over games.

Seamers Jake Ball, who impressed for Nottinghamshire as they won the Vitality Blast, and Middlesex’s Tom Helm join Banton as reserves. Ball has played 18 ODIs and two T20Is for England but none since 2018 while 26-year-old Helm has been a regular for England Lions in recent years but is uncapped at senior international level.

The touring party will fly from London to Cape Town on November 16 and will play one 50-over intra-squad warm-up match and two intra-squad T20s before the behind-closed-doors T20I and ODI series in Cape Town and Paarl begin.