By now, you’ve probably seen the video of England midfielder Eric Dier confronting a fan after Tottenham were knocked out of the FA Cup at home by Norwich.

He climbed over seats to get to the fan, who Jose Mourinho said had “insulted” him. 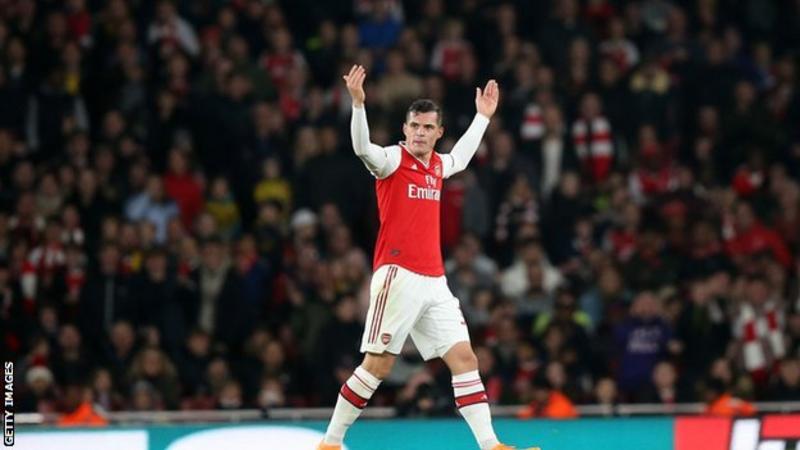 Back in October 2019, then-Arsenal captain Granit Xhaka caused major upset after swearing at his own fans as he left the pitch. He didn’t confront one particular fan, or group of fans, but, after being jeered following his substitution during a 2-2 home draw with Crystal Palace, he could be seen swearing and then cupping his ear to boos.

He later apologised, but did get stripped of the captaincy.

Xhaka explained his reaction afterwards, saying that he had “reached boiling point” after comments online and at recent matches that “hurt deeply”. The abuse, he explained, included comments like, ‘we will break your legs’, ‘kill your wife’ and ‘wish that your daughter gets cancer’. 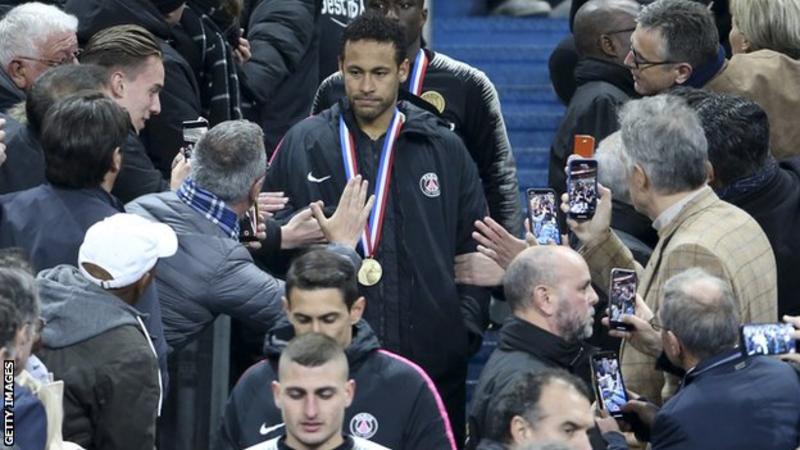 Earlier last year, the world’s most expensive footballer was banned for three matches by the French football authorities after he lashed out at a fan, following a shock defeat to Rennes in the Coupe de France final.

While walking up the steps to collect his runner’s up medal, Neymar was confronted by a fan. He pushed his phone away and then raised an arm to the man’s face.

“Did I act badly?” Neymar asked in an Instagram comment at the time. “Yes. But no-one can stay indifferent.”

Manchester City suffered a shock defeat by Wigan Athletic in the FA Cup in February 2018.

A number of Latics fans invaded the pitch after the game and it got pretty ugly between one fan and City striker Sergio Aguero.

Television footage appeared to show Aguero pushing a supporter and the Argentina forward later claimed he was spat and sworn at.

Wigan were fined £12,500 for the pitch invasion, which also involved some fans ripping out advertising hoardings and throwing them towards the police.

Patrice Evra’s stint with French side Marseille was shortlived and kicking one of his own fans in the head brought it swiftly to an end.

Before a Europa League game at Vitoria Guimaraes had even started, a video showed Evra and players rushing over to the advertising hoardings where some of their fans had managed to get close to the pitch. Evra then kicked one of the fans in the head and was shown a red card.

He was subsequently banned by Uefa from its competitions for seven months and left Marseille by mutual consent, having joined them in January 2017.

Probably the most famous example of its kind.

In January 1995, Manchester United’s Eric Cantona shocked the football world when he jumped two-footed into the stand to kick a Crystal Palace fan in the front row at Selhurst Park, who had been goading him.

Cantona had been sent off moments before and, on the way to the tunnel, responded to insults from Palace fan Matthew Simmons.

He was subsequently banned for nine months by the Football Association and pleaded guilty to common assault. His initial sentence of two weeks imprisonment was overturned after a successful appeal and Cantona famously responded by telling media, “When seagulls follow the trawler it is because they think sardines will be thrown into the sea.”

How Did Keanu Reeves Join the Band Dogstar?