As Australian scientists try to learn more about how the deadly COVID-19 spreads – and develop a vaccine to stop the new global threat – a group of health professionals have detailed the public places you should be wary about coming into contact with.

A study published in The Journal of Hospital Infection in February looked at previous versions of human coronaviruses like SARS and determined that the virus could live on metal, glass and plastic surfaces for as long as nine days.

Temperatures above 30 degrees Celsius and applying household disinfectants to the site can all effectively prevent the spread, but beyond that, experts are still cautioning individuals when it comes to coming into contact with germ-filled areas. 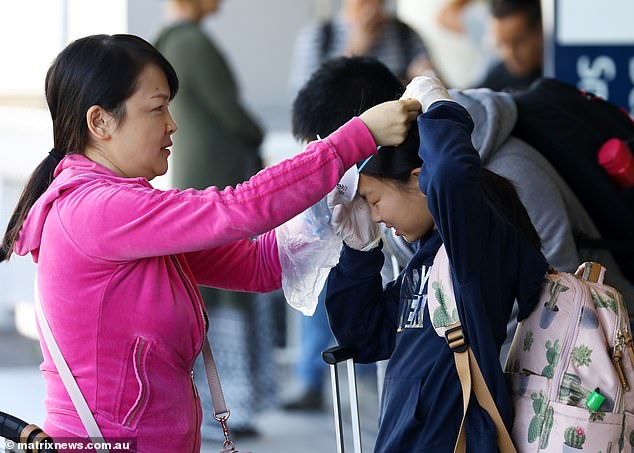 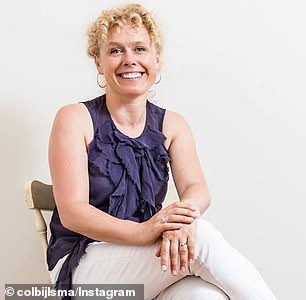 FEMAIL spoke to Melbourne-based environmental scientist Nicole Bijlsma about ‘high contact public places’ that aren’t regularly cleaned, which pose the most risk to our health and safety.

‘Money, ATM and lift buttons are all handled by thousands of hands in their lifetime, as are escalator belts, handrails, mouses and keyboards,’ she said.

Elevator buttons alone are said to contain 40 times more bacteria on them than a public toilet seat, a study at the University of Arizona found.

Instead of touching a button or door handle Ms Bijlsma recommends placing the sleeve of your shirt over your palm to press down, or using your elbow.

That way you’re not using your bare hand, which will inevitably touch your eyes or mouth, passing any pathogens or disease-causing microorganisms into your system.

Which public places carry the most germs?

* Handrails leading down to the train station

‘The focus of contamination will be on those areas that many people get into contact with such as trolley handles, supermarket baskets and trays in your local food court,’ she said.

She recommends steering clear of regular public bathroom taps and instead seeking out taps that turn on only when you wave your hand around underneath them.

‘Using bars of soap defeats the purpose to, as it’s already contaminated, so only wash your hands with liquid soap that’s dispensed out of a bottle,’ Ms Bijlsma said.

Alcohol-based sanitisers are more effective at killing viruses than antibacterial soap, which kills the good bacteria on our skin leaving us at risk of raising ‘super bugs’ made of ‘bad’ bacteria.

Associate Professor at the University of Sydney’s School of Life and Environmental Sciences Timothy Newsome has agreed that using a handkerchief to press buttons or at pedestrian crossing lights is a wise move.

‘I have loaded my bank cards onto my phone so I don’t have to handle money, which is coming in handy now,’ Mr Newsome told FEMAIL.

While he agrees washing your hands with soap – not the antibacterial kind – is the best measure, he claims the major source of infection will come from other people, not surfaces.

‘Think about children who go to daycare and come back with a million and one infections… it’s people passing it between the air and through coughing, most of all,’ he said. 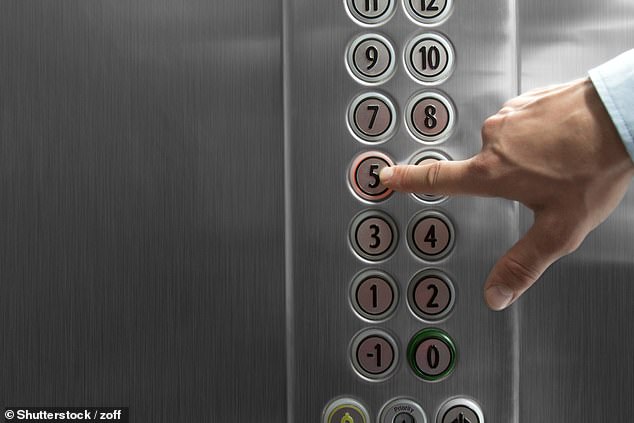 Naturally people are turning to extreme cleaning methods and trying to sterilise the environment in which they live but this isn’t necessarily helpful.

Your body naturally has millions of microorganisms living on the inside and outside of it that help protect your immune system, so it needs to come in contact with germs to learn how to fight against the disease-causing ones.

‘Microorganisms are absolutely everywhere and we’re not sick most of the time… we have really good immune systems,’ Professor Dee Carter from the University of Sydney told FEMAIL.

Ms Carter said metal surfaces in public spaces are ‘toxic’ for most germs and have ‘surprisingly little growing on them’ when you look at the surface on a petri dish. 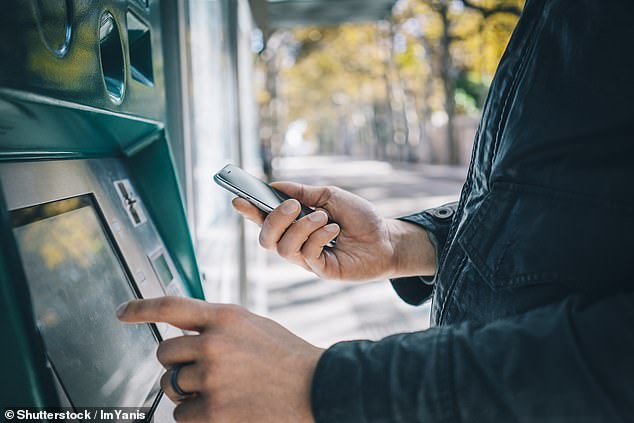 ‘I have loaded my bank cards onto my phone so I don’t have to handle money, which is coming in handy now,’ Mr Newsome told FEMAIL (stock image of an ATM pictured)

How is coronavirus transmitted?

Human coronaviruses are spread from someone infected with COVID-19 virus to other close contacts with that person through contaminated droplets spread by coughing or sneezing, or by contact with contaminated hands, surfaces or objects.

The time between when a person is exposed to the virus and when symptoms first appear is typically five to six days, although may range from two to 14 days. For this reason, people who might have been in contact with a confirmed case are being asked to self-isolate for 14 days.

Dry surfaces in general don’t transmit disease as easily as colder and wetter surfaces do.

Some of the concerns people have about the coronavirus shedding from people’s skin onto these surfaces is unfounded, they are more likely coughing into their hand and then placing that hand onto a public surface.

‘That’s why hand hygiene is so important but you don’t need to wash your hands 10 times a day if you’re just staying in your own house,’ Ms Carter said.

While it’s important Australians ‘don’t get complacent’ because there are still no known cures or firm understandings around transmission, Ms Carter said panicking isn’t the answer.

‘I’m on board with quarantining and avoiding any unnecessary overseas travel at the moment,’ she said.

Inspirational snaps show how drug addicts look after getting clean

Visual timeline of the day that changed everything: March 11