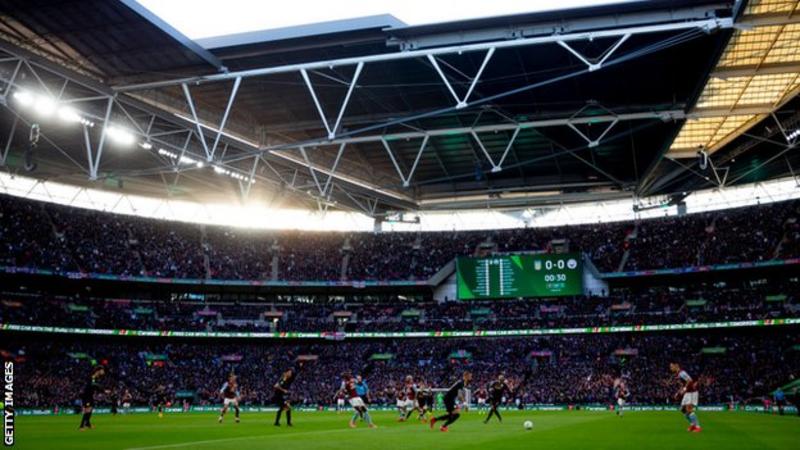 The season has been halted indefinitely amid the ongoing coronavirus pandemic.

Some club have placed non-playing staff on temporary leave, while talks continue over the salaries of players.

“Many communities could lose the clubs at their heart with little chance of resurrection,” said Clarke.

Speaking at an FA Council meeting, he said: “In the face of this unprecedented adversity, all the stakeholders within the game from players, fans, clubs, owners and administrators need to step up and share the pain to keep the game alive.

“It is time for the stakeholders to agree common cause to save our game. Contribute. Football is a team game and now is the time for teamwork.”

The Premier League proposed a 30% pay cut for players, but the Professional Footballers’ Association says it would harm the NHS.

Top-flight players are set to start negotiations on a club-by-club basis over proposed wage cuts after talks broke down without resolution over the weekend.

With no games being played, Football League clubs are struggling with cashflow issues without ticket sales, as well as matchday and merchandise income.

FA chief executive Mark Bullingham said the financial impact of postponements, including England fixtures, FA Cup matches and Wembley events could be as high as £150m.

Clarke said: “We are committed to finishing the professional football season as this resolves the issues of promotion and relegation together with title winners on merit.

“However, we may not be able to finish the season as football is not our priority – human life is – and we will do as the government directs as the pandemic unfolds.

“Further down the football pyramid, our leagues have requested that the season is curtailed and that decision rests with the FA Council.

“The pandemic will be followed by its economic consequences and all business sectors will suffer.

“We face the danger of losing clubs and leagues as finances collapse.”

What I know about women: TV presenter Dick Strawbridge