Father claims he’s BANNED from the birth of his son amid cornavirus fears because his daughter, 18 months, had a slight temperature – and isn’t even allowed to watch via a video call

A father-of-one has claimed he’s been banned from the birth of his second child over coronavirus fears.

Mark Stephens, 33, a solicitor who lives in Tonbridge, Kent, was due to be by his wife Azalea Bakrie-Stephens’ side this morning to welcome their son via a planned C-section.

However he said he received a phone call from midwives at Tunbridge Wells Hospital at Pembury yesterday informing him he could no longer attend the birth after their 18-month-old daughter Chloe came home from nursery with a slightly raised temperature last week.

Despite Mark assuring staff that a GP had brushed off Chloe’s symptoms as a common cold, not COVID-19, he said the hospital insisted he should stay away – and can’t even be present via a video call.

If there are complications with the birth, it could mean Mark doesn’t see his wife or his newborn son for several days – or, in the ‘worst case scenario’, he might ‘never get to meet him’. 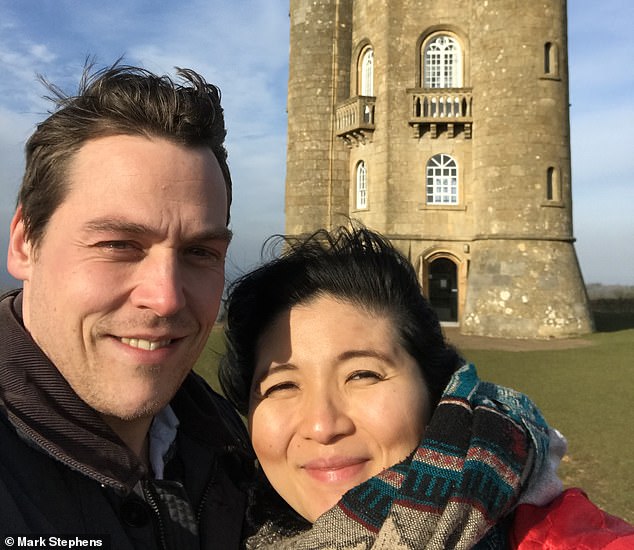 Mark Stephens, 33, a solicitor who lives in Tonbridge, Kent, was due to be by his wife Azalea Bakrie-Stephens’ side this morning to welcome their son via a planned C-section

Admitting he is ‘livid’ about the decision, Mark told FEMAIL: ‘I very much appreciate the NHS and its staff is under stress and it’s unprecedented circumstances, but I don’t think it’s proportionate to start banning people from being at the birth of their child, without doing any tests.

‘We’ve been told now I can’t even call her on conference or video FaceTime because they don’t allow videoing in the operating theatre.

‘I can’t believe that you can’t stream a video call with your wife when she’s going through an operation just because they don’t allow it when they’ve barred you from being there.’

Mark said Azalea, 32, a copywriter, is very nervous and upset about the fact she’s going through the birth alone, and is pushing for him to be allowed to video call her. 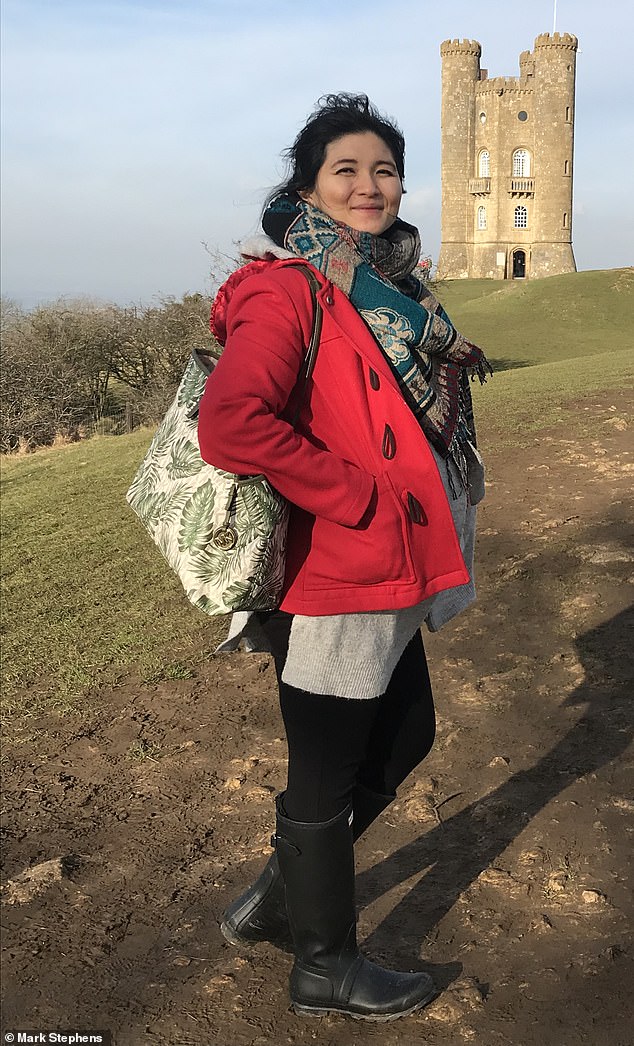 Mark said Azalea, 32, a copywriter, is very nervous and upset about the fact she’s going through the birth alone, and is pushing for him to be allowed to video call her

‘If it all goes ahead and it’s fine then it probably won’t be so bad, but it’s the unknown,’ Mark explained.

‘If there’s anything wrong with the baby she’ll have to face it by herself. Worst case scenario, I might never see the baby.’

Mark complained to the NHS Trust locally, whom he claims told him the clinical ward staff’s decision stands.

He added: ‘What really took the p*** earlier today is, they said, “If you would like someone to call you when the baby’s delivered, I’m sure we can arrange someone to give you a call to say everything’s been safely done.”

‘I was like, “I can’t believe you even just offered that, I took that as granted that I would at least get a bloody phone call.”‘ Mark complained to the NHS Trust locally, whom he claims told him the clinical ward staff’s decision stands

Mark explained that he had a tickle in his throat last week, but other than that he’s had no symptoms to suggest he could have coronavirus.

‘I work in an office and when I had a bit of water I was fine, it was just air con,’ he said.

‘My daughter’s temperature has gone down, we saw a GP yesterday and he said she’s got a viral infection but none of the symptoms of COVID-19, it’s just something kids pick up in nursery.

‘I said that to the midwife and they basically said, tough. They’re not testing anyone unless you’re in A&E, in hospital or have respiratory problems.’

Mark said being at the birth of his son was incredibly important to him, as he and his wife had been planning for it for the past nine months. 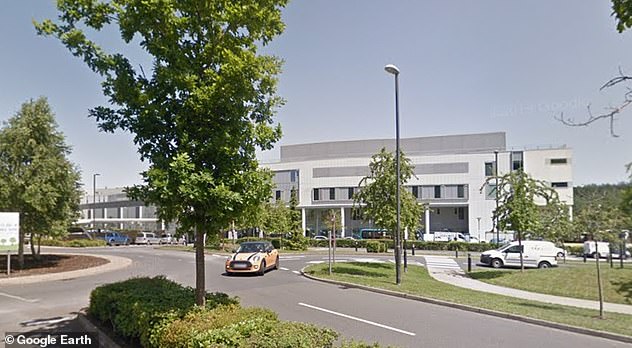 He added that her family, who are from Malaysia, have flown over but will also likely be unable to see the newborn for several days, if not longer.

‘It’s not just being at the operation, it’s the fact my wife might have to stay in hospital for four or five days and I’m not even allowed to see the child or her during that period either,’ Mark explained.

What are the symptoms of coronavirus?

Once someone has caught the COVID-19 virus it may take between two and 14 days, or even longer, for them to show any symptoms – but they may still be contagious during this time.

If and when they do become ill, typical signs include a runny nose, a cough, sore throat and a fever (high temperature). The vast majority of patients will recover from these without any issues, and many will need no medical help at all.

In a small group of patients, who seem mainly to be the elderly or those with long-term illnesses, it can lead to pneumonia. Pneumonia is an infection in which the insides of the lungs swell up and fill with fluid. It makes it increasingly difficult to breathe and, if left untreated, can be fatal and suffocate people.

Figures are showing that young children do not seem to be particularly badly affected by the virus, which they say is peculiar considering their susceptibility to flu, but it is not clear why.

‘If anything happens or the baby needs to stay in longer for jaundice, or something like that, I’m not allowed in the hospital.

‘What I found particularly frustrating earlier on when I spoke to the hospital is, they said there is no way we can let you come into operating theatre, the decision has been made, and I was like, that’s not the point, you’re saying I won’t be able to see her until she’s been discharged, so potentially four or five days, and the child as well.’

Mark was present at the birth of his daughter, which he said makes it worse as he knows what he’s missing out on.

‘It’s nice I was there for one of them,’ he added. ‘It’s hard for my wife because she’s going to have no support whatsoever, she’s going to be stuck in there by herself.

‘She’s in on her own in an isolated room, doctors and nurses are the only person she’s able to see.

‘She said is there anyone else who can visit her, but we’re new in the area and anyone who’s been in contact with daughter can’t see her, so that includes me, my parents, her parents and anyone who’s close.’

FEMAIL has reached out to the Maidstone and Tunbridge Wells NHS Trust for comment.

Marvel Releases ‘Agatha All Along’ Theme Song From ‘WandaVision’