The popular dad blogger Father of Daughters has come under fire for ‘monetising’ International Women’s Day by posting an ad for the insurance company AXA UK.

Father-of-four Simon Hooper, 35, from Kent, who boasts almost one million followers on Instagram, shared a post to salute the incredible women’ in his lives and pay tribute to his ‘four special girls’, saying he’s privileged to have them call him ‘daddy’.

In the sponsored post, the blogger went on to praise the health insurance company for enabling his family to ‘stay healthy to chase our dreams’.

However the post was met with heavy criticism, with some feeling the father had used the day for his own gain, with one claiming ‘the post misses the mark a bit’. 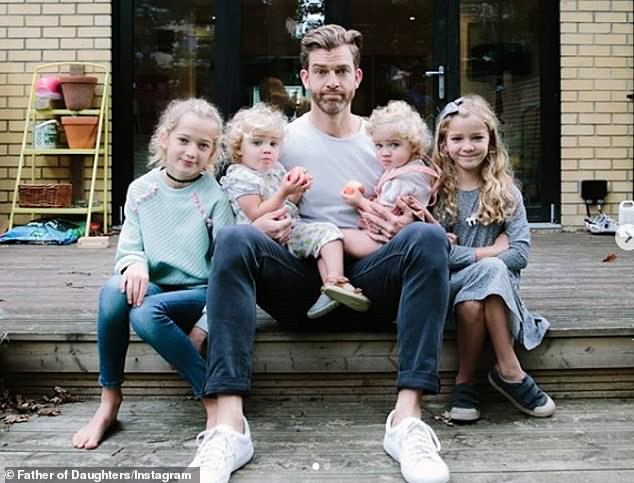 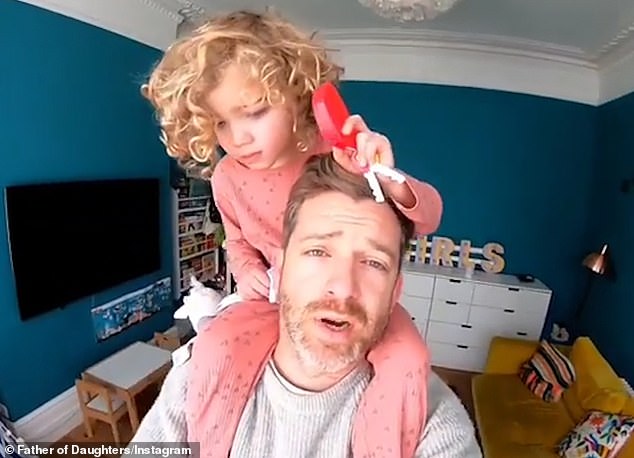 In a video share on his Instagram page, the father said he was lucky enough to be surrounded by strong women in his life 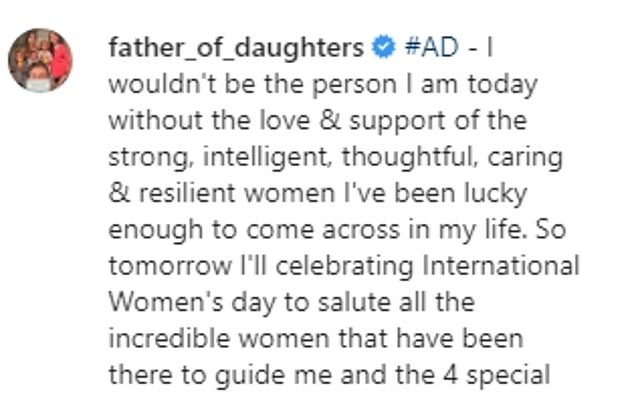 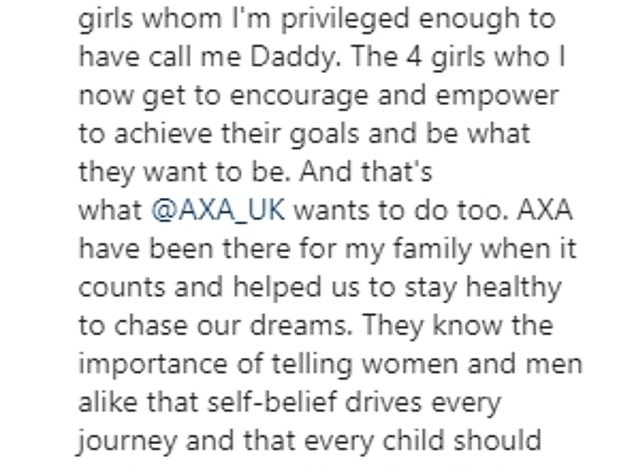 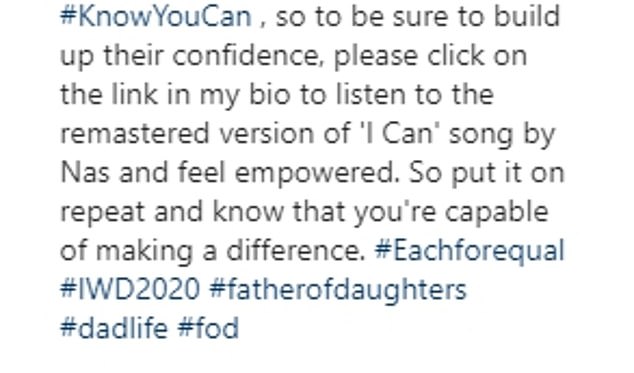 In the lengthy post, the blogger claimed that the health insurance firm AXA UK has helped to ’empower’ his family, but it didn’t go down well with Instagram followers

Taking to Instagram on Saturday Simon wrote: ‘I wouldn’t be the person I am today without the love and support of the strong, intelligent, thoughtful, caring and resilient women I’ve been lucky enough to come across in my life.

‘So tomorrow I’ll celebrating International Women’s day to salute all the incredible women that have been there to guide me and the four special girls whom I’m privileged enough to have call me Daddy.

‘The four girls who I now get to encourage and empower to achieve their goals and be what they want to be. And that’s what AXA UK wants to do too.

‘AXA have been there for my family when it counts and helped us to stay healthy to chase our dreams.

‘They know the importance of telling women and men alike that self-belief drives every journey and that every child should, so to be sure to build up their confidence.’

He asked followers to click through to a remastered version of the song ‘I Can’ by Nas to feel ’empowered’ and ‘know that you’re capable of making a difference.’ 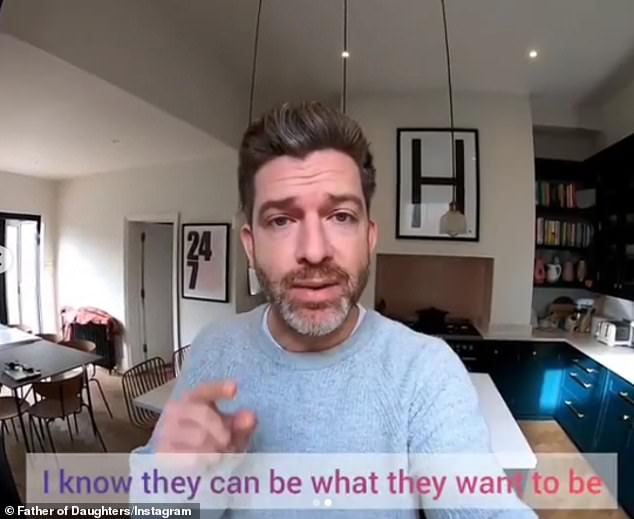 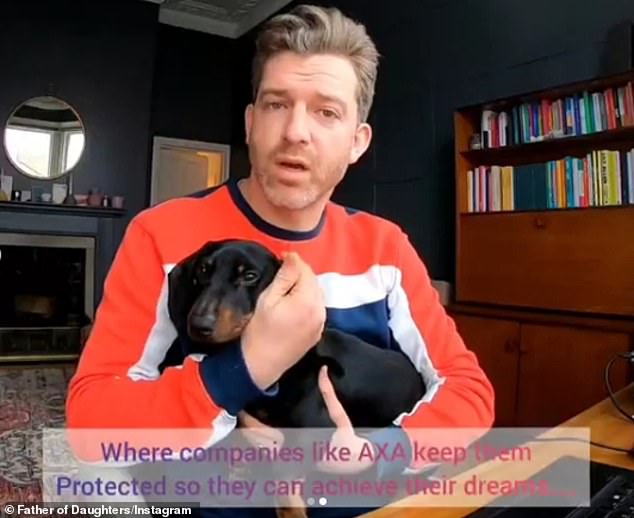 Moments after sharing his post, which included a video of Simon listing the many women who had helped shaped him and praising AXA for protecting his family so they could ‘achieve their dreams’, social media users questioned the father’s post.

One user wrote: ‘Honestly, Simon, using International Women’s Day to advertise AXA is truly awful. I understand that you have a living to make, but this pretty low and will just fuel the misandrists.’

Another startled user added: ‘Please can you explain what this has to do with IWD please?’

Elsewhere one user felt that while Simon’s intent may have been good, the post ‘missed the mark a bit’.

‘In my opinion I think it would have been far more meaningful to women in general for you to throw your weight in support behind IWD with passion and something that seemed a bit more authentic and genuine rather than just another date on a social marketing calendar to be used as a cash cow to sell insurance? 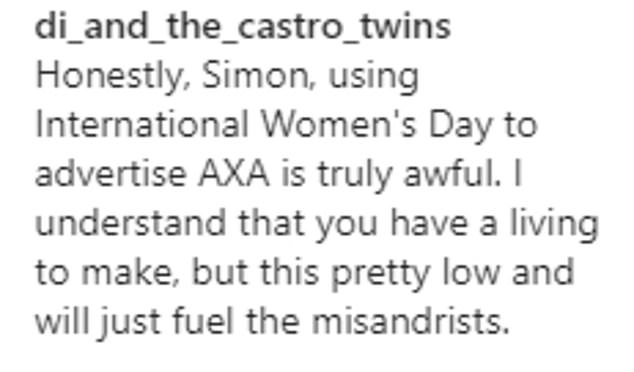 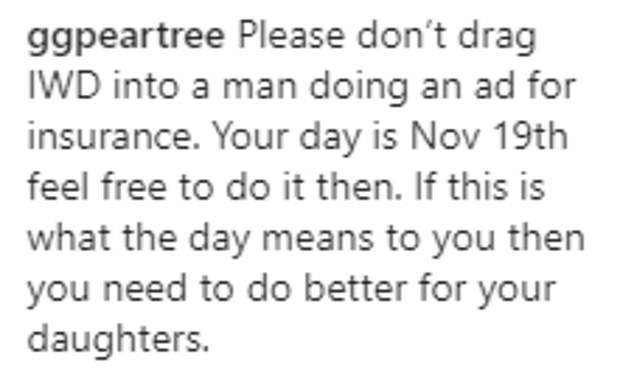 Social media users questioned the father’s post, with some feeling the video was a step in the wrong direction 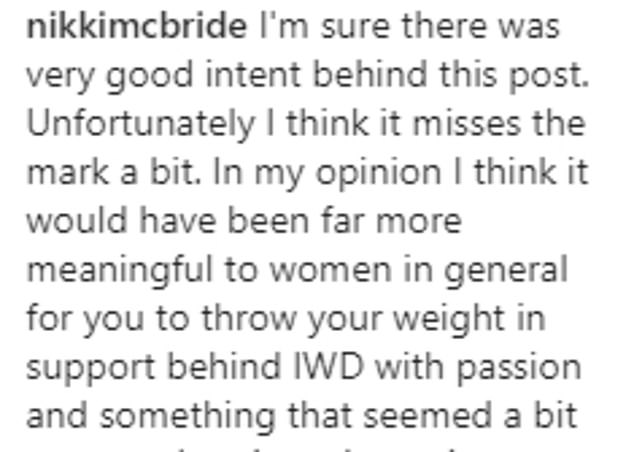 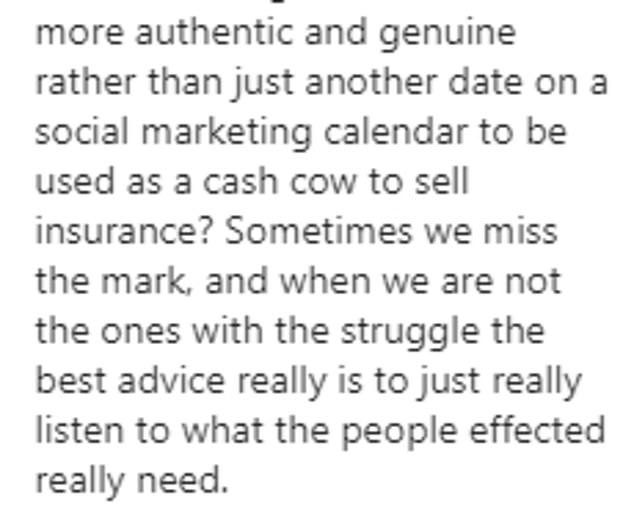 One social media user felt that while the intent may have been good, Simon had missed the mark

‘Sometimes we miss the mark, and when we are not the ones with the struggle, the best advice really is to just really listen to what the people affected really need.’

MailOnline had contacted a representative for Simon Hooper and AXA UK for comment.

The backlash comes months after Simon’s wife Clemmie Hooper quite Instagram after it was revealed that the mummy blogger had been trolling others social media users under the alias ‘Alice in Wanderlust’.

Followers were left outraged after Clemmie, who had gathered almost 700,000 followers documenting her life as a mum-of-four under the user name mother_of_daughters, admitted she had been creating the posts under a fake identity.

The mother later issued an apology in which she confessed to creating a false account online. 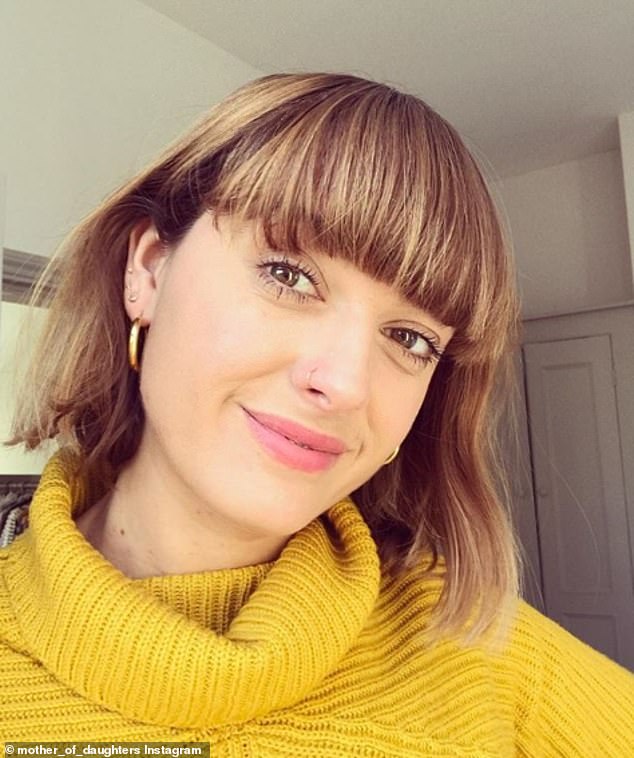 Last year Simon’s wife Clemmie Hooper, who documented her life as a mum-of-four under the user name mother_of_daughters, confirmed she had been posting under a false identity

Clarks Originals Drops Its Textured Array of Wallabees for SS21

Windows 10: Microsoft wants to know EVERYTHING you’re doing, and this is the reason why