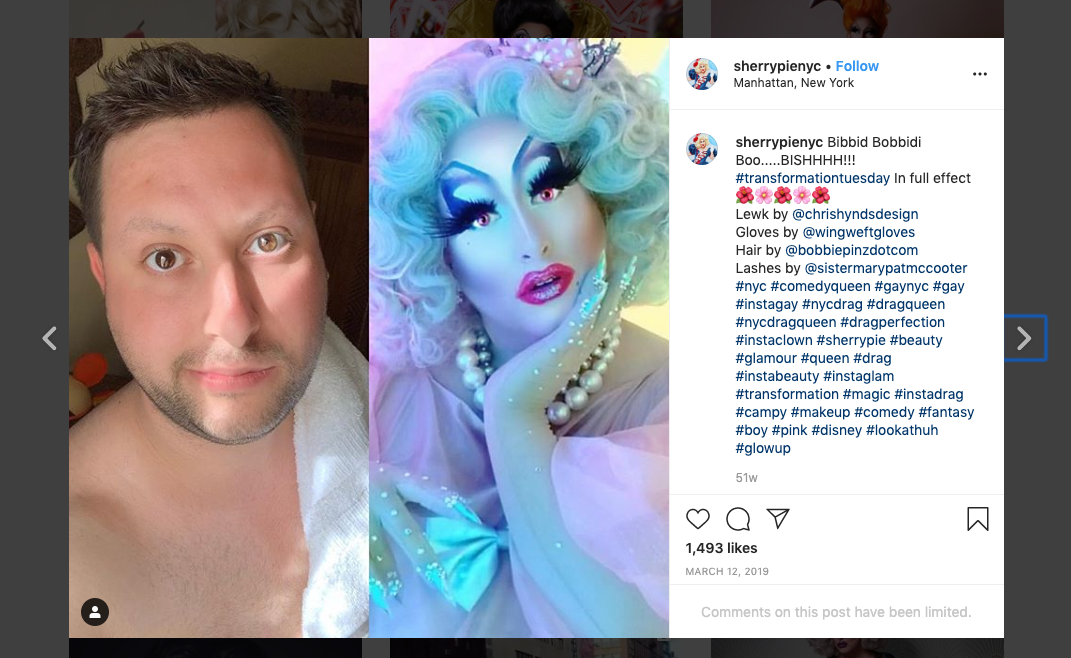 At least five aspiring young actors told BuzzFeed News a contestant on this season of RuPaul’s Drag Race catfished them over several years via email, posing as a casting director who led them to submit embarrassing audition tapes of themselves saying and doing degrading things.

Joey Gugliemelli, better known by his drag persona Sherry Pie, is alleged to have deceived his former classmates at SUNY Cortland in New York, as well as actors he worked with in a Nebraska theater company.

“I just felt really stupid. I felt really dumb,” said David Newman, 26, a Cortland alum who filmed scenes in 2015 wearing a tanktop and shorts for Gugliemelli for a fake musical version of A Nightmare Before Christmas that he was told Tim Burton was affiliated with.

“Everyone does bad stuff but he never apologized,” Newman said. “He has a national audience watching him now and people have to know what he did. He did it to a lot of people.”

Gugliemelli did not respond to multiple emails, tweets, phone calls, and text messages about this story. Representatives for VH1, which airs RuPaul’s Drag Race, also did not respond.

Immediately after this story was published, Gugliemelli posted to Facebook and a VH1 spokesperson emailed BuzzFeed News. Gugliemelli wrote:

This is Joey, I want to start by saying how sorry I am that I caused such trauma and pain and how horribly embarrassed and disgusted I am with myself. I know that the pain and hurt that I have caused will never go away and I know that what I did was wrong and truly cruel. Until being on RuPaul’s Drag Race, I never really understood how much my mental health and taking care of things meant. I learned on that show how important “loving yourself” is and I don’t think I have ever loved myself. I have been seeking help and receiving treatment since coming back to NYC. I truly apologize to everyone I have hurt with my actions. I also want to say how sorry I am to my sisters of season 12 and honestly the whole network and production company. All I can do is change the behavior and that starts with me and doing that work. 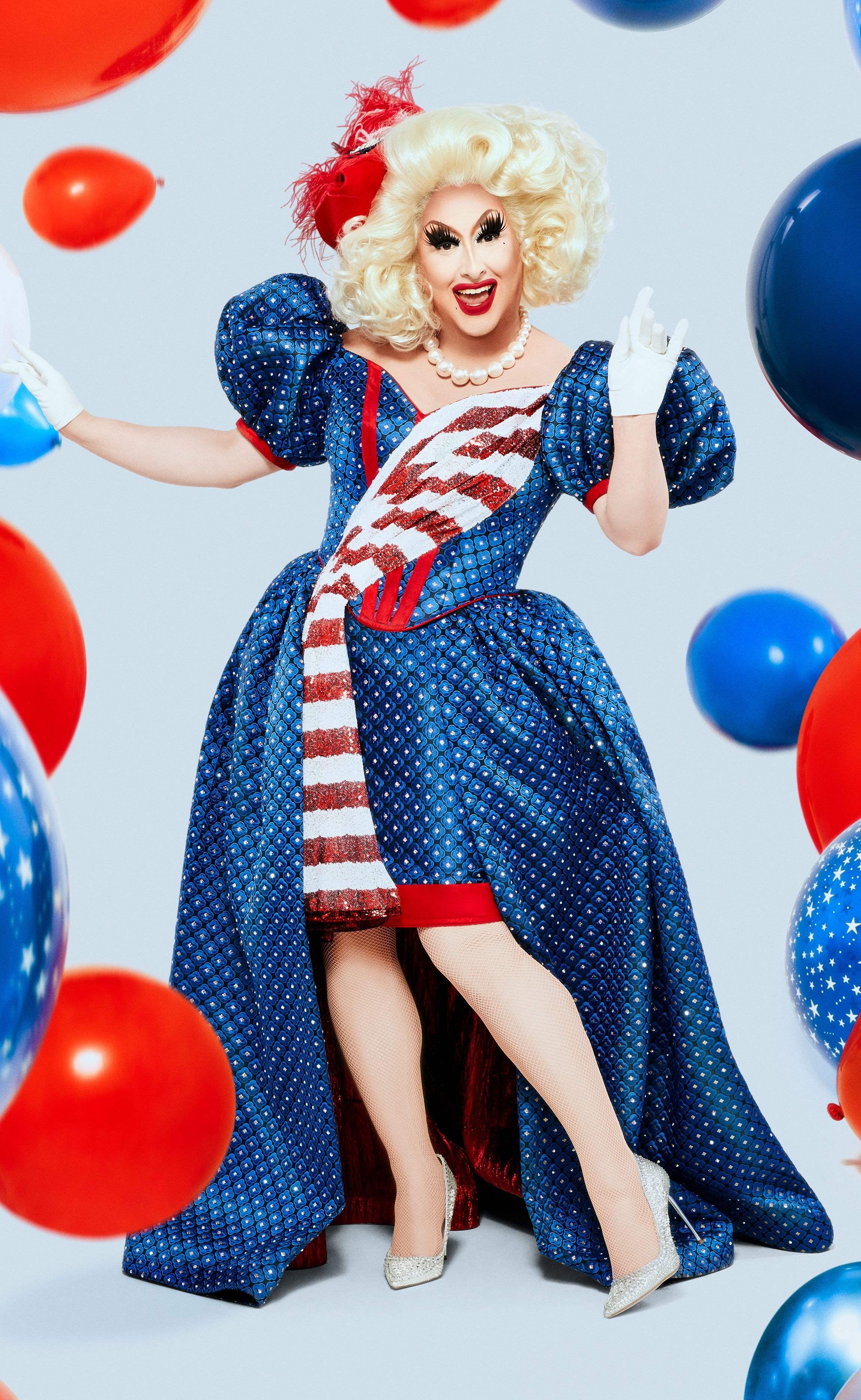 The accusations against Gugliemelli surfaced online and in gay media on Thursday following a viral Facebook status from 25-year-old actor Ben Shimkus. Speaking to BuzzFeed News by phone from his job as an actor onboard a cruise ship currently docked in Barbados, Shimkus recalled how he came to communicate for several weeks via email in 2015 with a woman he believed to be called Allison Mossie, using the address [email protected], who was said to be casting for a new play at the prestigious Playwrights Horizons in New York City. Shimkus said he was referred to Mossie by another Cortland student who had been referred to her for a role in the supposed musical of A Nightmare Before Christmas by Gugliemelli. Neither ever met or spoke with her in person.

In dozens of emails provided to BuzzFeed News by Shimkus, he and Mossie discuss in great detail a character in a supposed upcoming play called Bulk which was said to center around a man named Jeff taking steroids to put on muscle. Shimkus was told the role would involve wearing a series of bodysuits as the character grew larger and larger. He was repeatedly assured producers were interested in him and that he would be paid $900 per week and put up in housing in New York City if he landed the part.

Shimkus was sent dozens of questions to answer over a series of emails as part of tests to see whether he understood the character. “What Would you feel like if you had that size? What would you like? What wouldn’t you like? Are any Jeff tendencies or ideas coming to your mind?” read one email.

“Why do you think Jeff stops using deodorant in the show? Would you enjoy seeing and hearing the seams of your clothes stretch and even rip as you grow?” read another. 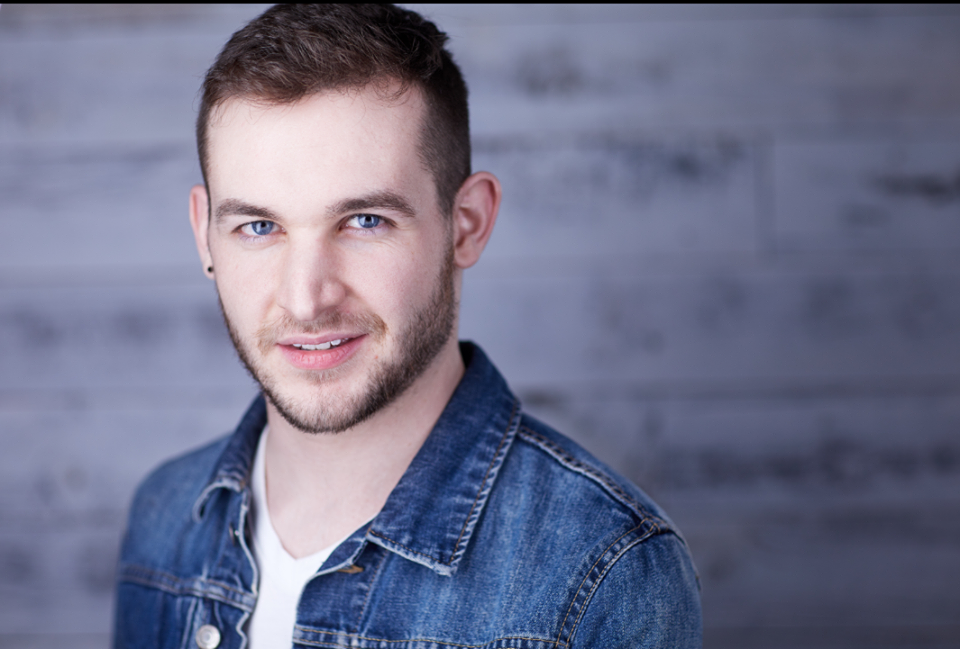 Shimkus was encouraged to send in videos of himself reading excerpts from the Bulk script, which he was told was still being developed. In the videos, he pretended to take steroids and spoke of enjoying the smell of his sweaty armpits. “I remember feeling kind of embarrassed about what I was recording,” he told BuzzFeed News. “I would record entirely by myself and do it in my off-campus house exclusively when I was alone.”

“It was very damaging to me at the time,” he said.

Eventually, after being strung along over dozens and dozens of emails, the communication ceased. Shimkus called Playwrights Horizons and was told no one by the name of Allison Mossie worked there.

Blake Zidell, a spokesperson for Playwrights Horizons, told BuzzFeed News the group had “never employed—and, until the Facebook post by Ben Shimkus came to our attention last night, had never heard of—anyone by [that] name.”

“I don’t know who these videos were sent to and I didn’t know what they were objectively for,” Shimkus said. “I felt awful. I felt like I had been completely taken advantage of.”

Shimkus said the realization sent his mental health spiralling, striking him as his grandmother was dying and he was coming out of a relationship of two years. “It just felt like for a period of time like the world was against me in a way I didn’t know how to cope with,” he said. 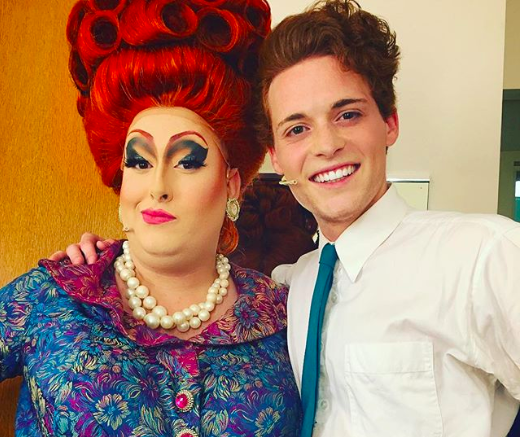 Josh Lillyman is a 23-year-old Australian-born actor working in Kearney, Nebraska. It was there in 2017 that he met Gugliemelli at the Crane River Theater when they were cast in productions of Hairspray and The Little Mermaid.

“He sort of groomed me, I would say,” Lillyman told BuzzFeed News in a phone interview.

Lillyman said Gugliemelli told him he was acting as an “auxiliary casting agent” for a woman in New York for an upcoming HBO show. The title of the project was Bulk.

“If I was a little more educated I would have been able to avoid this,” Lillyman said, “but this was a younger version of myself.”

Lillyman said Gugliemelli had him contact Allison Mossie using the email address [email protected] In the emails between Lillyman and the woman he thought was Mossie, which Lillyman provided to BuzzFeed News, the young actor shared personal anecdotes about his life as part of his evidence that he was right for the role.

In the emails, Mossie told Lillyman to work with Gugliemelli to prepare for the audition. “He is fast and tends to know what I want and it should be easier for both parties as he is with you,” read one email supposedly from Mossie.

Together, Gugliemelli and Lillyman worked together practicing a monologue and recording audition tapes involving him reading from a supposed Bulk script. “He said the premise of the show is the guy gets bigger and bigger and bigger until he fills the whole room,” Lillyman said.

Gugliemelli spoke of a muscular body suit the young actor would supposedly be wearing in the show and how he needed to adopt a “big, strong, muscular” personality, Lillyman said.

As he prepared to shoot his final tape, Gugliemelli offered to come over to film Lillyman. The shoot lasted three to four hours, Lillyman said, as Gugliemelli continued to offer direction. According to Lillyman, Gugliemelli suggested eventually he take off his shirt, flex, and even strip down to his underpants in order to get into character. “He was trying to get me to go further,” said Lillyman. “He kept saying it’s not quite right.”

When he emerged, Gugliemelli suggested he do it again on camera. It was only the casting director who would see it, Lillyman thought. Again, he did as he was told.

“I did everything he asked be to because at that point he had built up so much detail for the show that I was truly convinced it was real and associated with HBO,” said Lillyman. “It took a lot for me to break that delusion. I was willingly doing all the things he was asking me to.”

Later, at a bar with his fellow actors, Lillyman listened as his friend Landon Summers, who had played Prince Eric in the Crane River Theater’s production The Little Mermaid, mentioned he was deciding whether to turn down an offer with Disney Cruises because he was making progress with an HBO casting. Lillyman’s ears perked up. Summers told him Gugliemelli had put him forward for the role in a sci-fi play called Bulk, which HBO had expressed interest in. 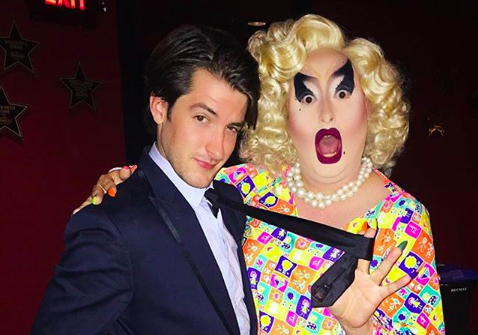 Summers, a 28-year-old actor based in Orlando for Disney’s cruise line, told BuzzFeed News in a phone interview he never worked in person with Gugliemelli on his video auditions, but recalled receiving notes from him.

“The biggest thing he always gave me was to keep going further with it,” Summers said. “I know Joey heavily implied the other guys I was auditioning against were taking their clothes off for the video and I should be encouraged to go further. I was adamant I was going to keep my clothes on.”

“If they want me they can have me,” he recalled thinking. “But I’m not sending them strip-down audition videos.”

Eventually, when Gugliemelli had left town and Lillyman hadn’t heard from Mossie, he began to do his own research and couldn’t confirm Mossie existed. “I realised I’m an idiot and I figured it out,” he said. “It fell apart in less than a day.”

He called Summers and told him what he had discovered, shocked that Gugliemelli would let Summers almost throw away a job with Disney for a fake gig.

Lillyman felt humiliated and tried for years to suppress what had happened. “I just sort of buried it and said there’s nothing I can do about it,” he said.

“It makes me almost tear up that this happened to so many people,” he said.

A fifth actor, who asked not to be identified in this story, also provided emails to BuzzFeed News showing dozens of communications with Mossie in 2017. He said she contacted him through his website while he was doing Unified Professional Theatre Auditions in Memphis. She referred the actor to her assistant “Joey,” and provided Gugliemelli’s phone number. He said the pair then spoke by phone.

In emails from February to September of 2019, the young actor was repeatedly told he was being considered for a production of Bulk at Playwrights Horizon. In one email, he provided his body measurements. In another, he sent a shirtless photo of himself flexing his muscles. He also said he filmed himself shirtless “playing this disgusting character.”

Shimkus, the actor whose Facebook status on Wednesday caused the other accusers to come forward, said he decided to go public after seeing Sherry Pie in Drag Race. She also recently appeared on the cover of Time Out New York. “With a larger platform, she has the ability to do this to more people,” Shimkus said, “and I wanted to fight against that.”