IT is arguably the most famous sight in racing – but one that strikes fear into the hearts of his loved ones.

Frankie Dettori's flying dismount will soon be a thing of the past if daughter Ella, 20, has her way. 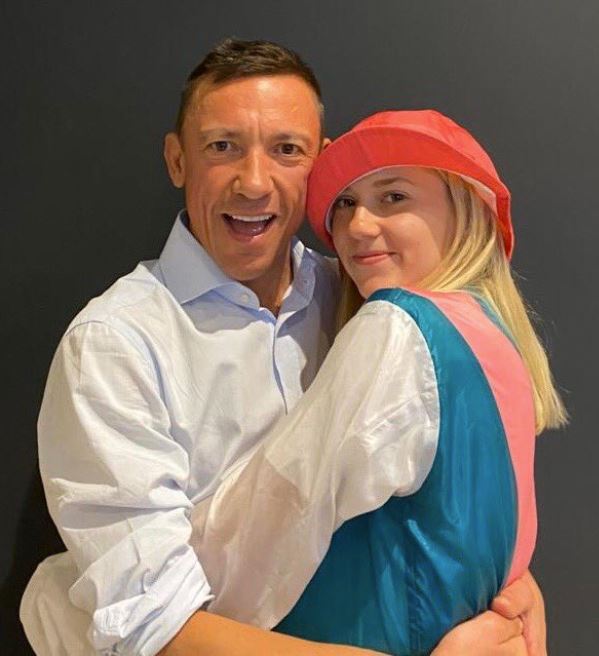 The legendary jockey's girl – one of his five children – says she gets 'anxious' every time he flies out of the saddle after landing a winner.

Even at 50 years of age Dettori- who recently went nuts celebrating Italy at the Euros – continues to wow punters with his post-race daredevil leap.

But after a near miss with injury earlier this year, Ella says she won't be having any part of the jump should she win the Magnolia Cup this month.

Ella will ride in the amateur female race at Glorious Goodwood on July 29.

And she told The Times there's no chance she'll dismount in style should she win.

Ella said: "What makes me anxious now is when I watch him make his famous flying dismount in the winners' enclosure.

"Earlier this year he took a bit of a tumble and I worry he will get his foot caught in the stirrups and hurt himself.

"It’s a difficult stunt and I won’t be trying it if I win at Goodwood." 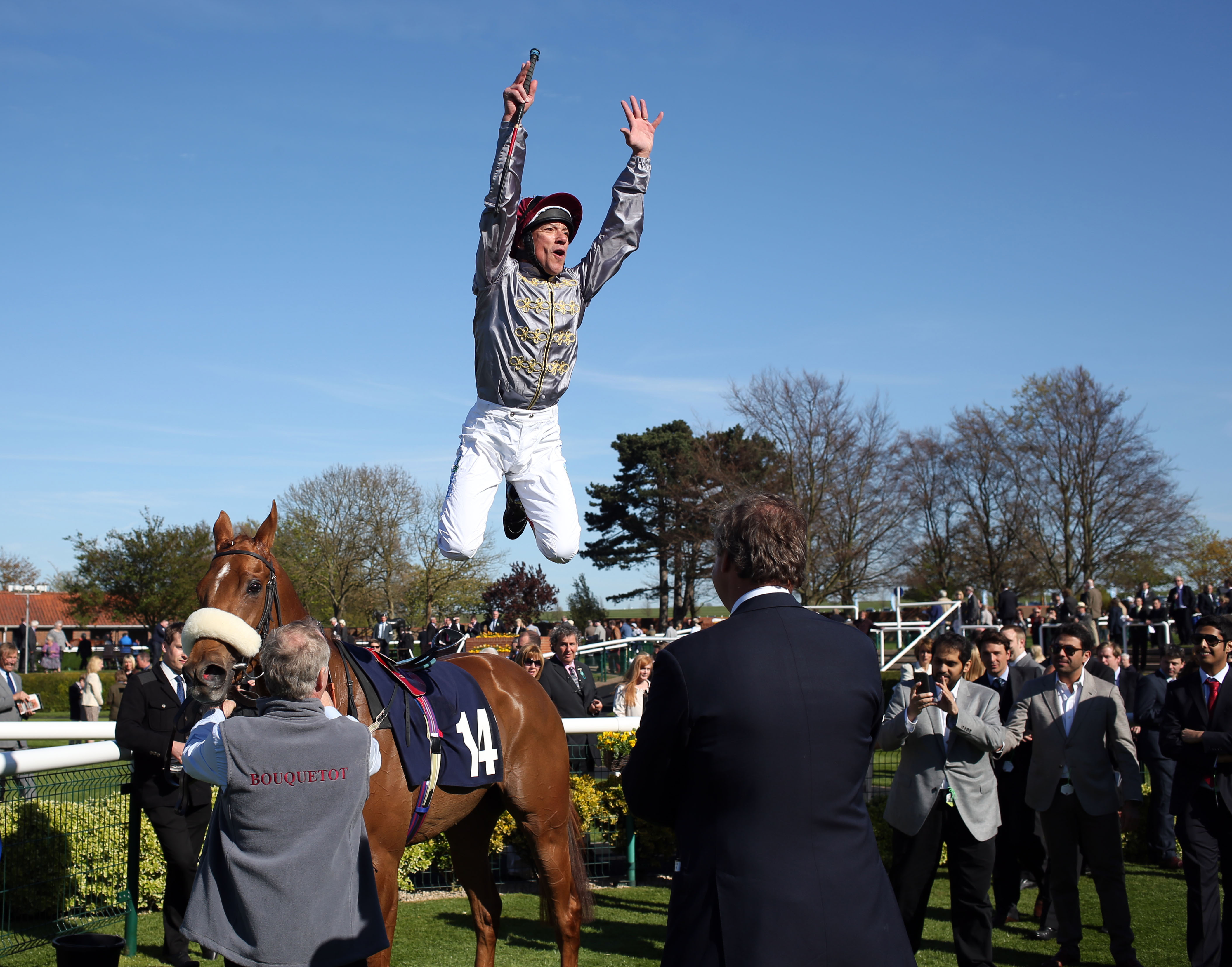 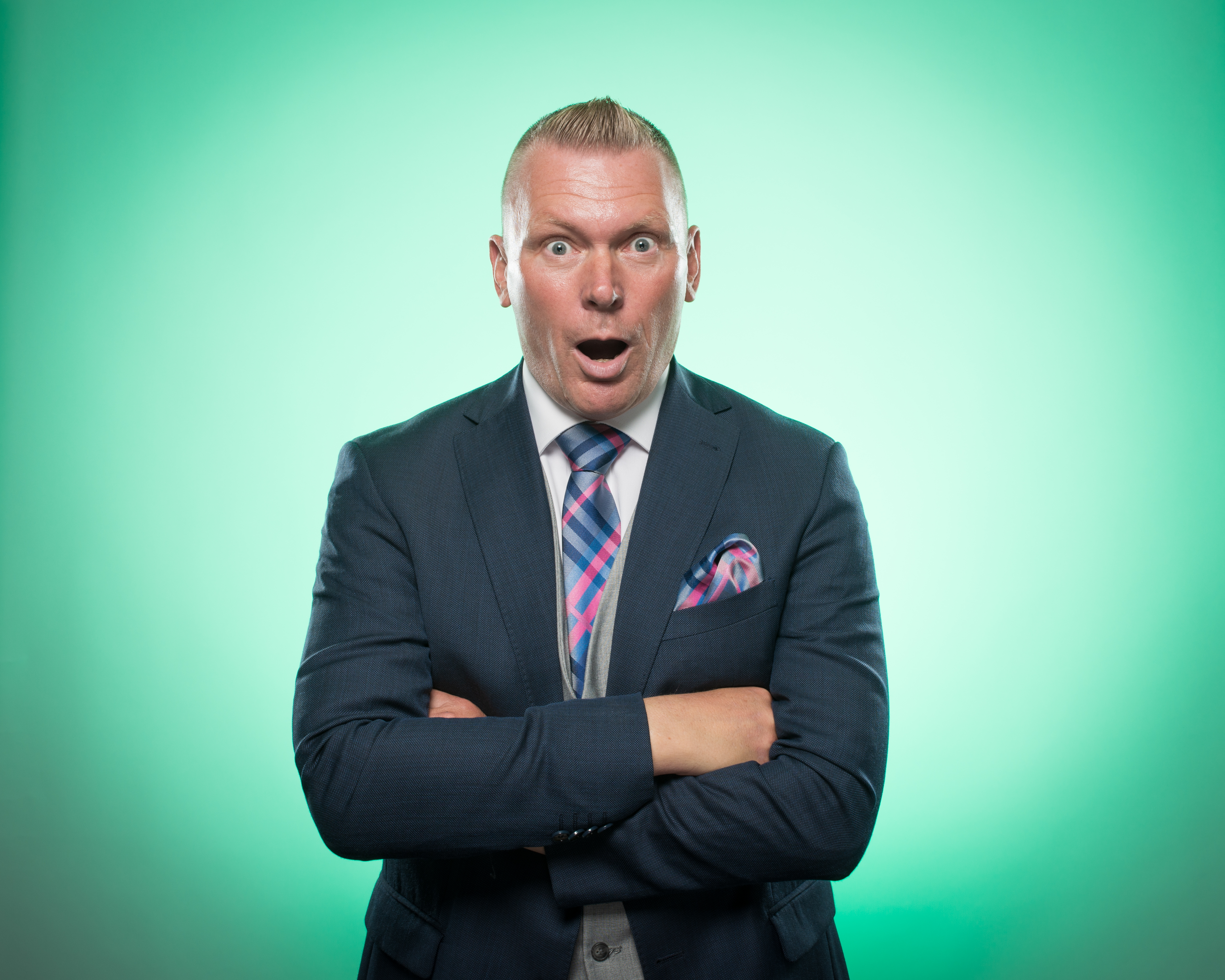 Ella also opened up on what it's like having a sporting legend as a father.

She said she has to beg him not to join her on nights out with friends and that he is like a 'child trapped in an adult's body'.

Ella said: "He’s actually worse than all of us [five kids], like a child trapped in an adult’s body.

"People think his flamboyant personality is just for the television cameras but he’s like that at home too.

'He tries to come partying with me'

"He even tries to come partying with me but I have to say no. I think his dream is to stay young for ever."

Ella also revealed she broke a rib preparing for the race, where she will be joined by the likes of football star Marco Reus' wife Scarlett.

She added: "I didn’t understand what Dad did when I was growing up. I watched him on the telly but didn’t give much thought to racing.

"I’ve been riding ponies since I was four but what Dad does on a racecourse is scary.

"Riding out every morning has given me a new appreciation of the dangers.

"I fell off a couple of months ago, galloping across in fog. Suddenly a railing appeared, the horse ducked out and I went flying.

"I thought I’d broken my back but it was just a broken rib."

Commercial content notice: Taking one of the bookmaker offers featured in this article may result in a payment to The Sun. 18+. T&Cs apply. Begambleaware.org

Elliot Page Comes Out as Trans: 'I Feel Lucky to be Writing This'