Home » Lifestyle » From the archives, 1943: Typhoid outbreak in the suburbs of Melbourne

33 New Cases at the Week End 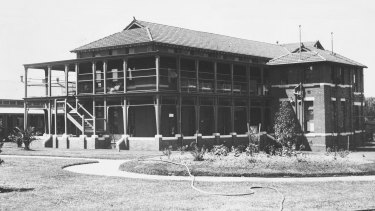 Two victims of the typhoid epidemic in the Cheltenham-Moorabbin area died on Saturday. They were the first cases to terminate fatally since the outbreak was reported. One was a girl, aged 16 years, a resident of Beaumaris, who became ill while staying with her grandparents at Mount Evelyn, and was removed to Fairfield Hospital. The other was a youth, aged 15 years, from Cheltenham. He was admitted to Royal Melbourne Hospital on Friday.

During the week end 33 new cases were reported – 20 on Saturday and 13 yesterday, bringing the total to 255. The patients included three children from one family whose ages range from 3 ½ to 15 ½ years, and a member of the family of the dairyman who supplied milk in the affected area.

The town clerk of Moorabbin (Mr. W. B. Thomas) stated yesterday that a man and a woman employed on a dairy farm supplying the local distribution were to go into hospital to-day for observation as suspected carriers.

At the week end Mr. Thomas was advised that hospital accommodation for typhoid patients was fully taxed, and only urgent cases were admitted yesterday. He expected that further accommodation would be provided. About twenty cases were awaiting transfer to hospital.

One of the cusses admitted to hospital at the week end was the wife of a dairy farmer in the Narre Warren area. She had visited the Moorabbin district several times recently, and her sickness was made known to the medical officer of the Fern Tree Gully shire during his tour of the district. The supply of milk from this farm has been suspended. A warning was issued to all residents of the shire to be particularly careful to boil all milk and water in the unsewered areas. To-day the council will commence a campaign for greater cleanliness, and issues of phenyle [a disinfectant] and kerosene will be made available.

The milk supply was suspected early on. The Age, March 17, 1943.Credit:The Age Archives

Medical experts investigating at the week end the origin of the outbreak had hopes for early success. It Is believed that attention is being concentrated on less than half a dozen individuals out of the large number of suspected carriers, and that this has almost freed some of the farms from further scientific consideration. It was emphasised, however, that they would not be permitted to supply milk to the public until it was established beyond all doubt that there was no danger of infection.

At its meeting on Saturday the special sub-committee of Moorabbin council decided that circulars should be issued to rate-payers warning them of the possibility of an outbreak of secondary infection, and advising as to measures which should be taken to prevent its spread.

Mr. Thomas stated that house-holders were urged to use disinfectant in lavatory pans in un-sewered areas, protect food from contamination by flies and boil all milk. Instructions as to how to handle the clothing of patients were included in the circulars, which are being distributed by the district A.R.P. personnel. The sub-committee had also instructed the foreman of the outdoor staff to concentrate on all drains in the affected area. Arrangements were also in progress to establish a sub-health centre at Bentleigh, as local mothers would not attend the centre at Moorabbin. To assist residents to carry out the sub-committee's instructions the council is making supplies of phenyle and kerosene disinfectants available at two vacant shops, 22 Highett-road, Highett, and 257 Charman-road, Cheltenham, and the municipal offices at Moorabbin. Yesterday morning council employes were in attendance to issue the disinfectants, and will be on duty for that purpose to-day from 9 a.m. to 4 p.m. Residents calling for supplies should provide their own containers. 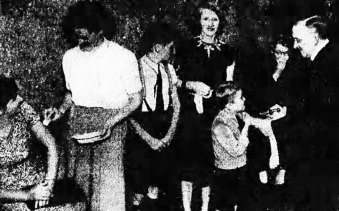 Commenting last tight on the general typhoid position, the Minister of Health (Mr. Mackrell) said the outbreak was causing concern, and would do so until there was a definite decline in new infection. There were hopes that there would be a drop in cases after to-morrow working on the assumption of a 14-day incubation period, but primary infection might be even over a longer period, as it was known that incubation extended sometimes over three weeks. There was also the problem of likelihood of secondary infection, although every means was being devised to prevent this.

Mr. Mackrell reiterated his belief that there was very little doubt that the Cheltenham infection had spread through the agency of the milk supply. He said it was significant that not only patients in the infected area had drunk the milk, but several cases outside the area had had access to the same milk supply. It was significant, too, that two milk drivers were among the victims.

The town clerk of Northcote. Mr. J. A. Thomson, stated last night that the case of a Thornbury man who had been working in the Cheltenham area had been definitely diagnosed as typhoid.

The medical officer of health at Brunswick, Dr. McKenna, said that the case of a young woman who had come to Brunswick from the infected area was being closely watched. It had not been yet established that it was a typhoid case but the indications were that the patient had the fever.

‘Meet the Parents’ 20 Years Later: How Much is the Cast Worth Today?