Home » Lifestyle » Glastonbury 2020 line up: Who is in the line-up for Glastonbury? FULL list revealed

Glastonbury Festival is one of the most hotly anticipated festivals of the music industry calendar. Some major players have already been announced, such as Taylor Swift and Paul McCartney. But who else is performing at the festival? Here is the full list of performers.

Glastonbury Festival is a well loved festival with fans loving the names as they are announced.

From the moment tickets are on sale, fans clamber over themselves to purchase them, and they naturally sell out in minutes.

This is before fans even know who is performing, a fact which is then teased by the organisers for the months before the festival.

Now, the full list has been revealed, and some mega names will join Taylor Swift, Diana Ross and Sir Paul McCartney. 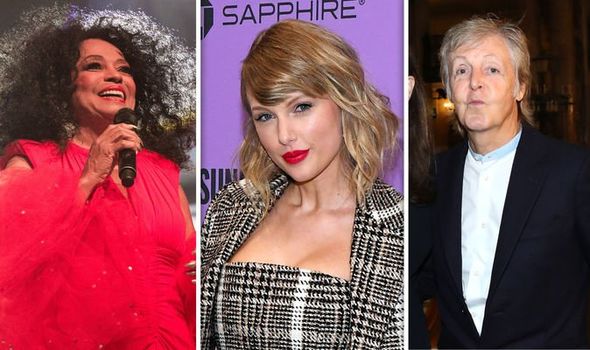 One of those names is Dua Lipa, the Kosovan-born singer who has been taking over the charts of late.

As well as her are the best known electronic acts in the business: The Pet Shop Boys.

They will also be joined with huge names such as Kendrick Lamar, Lana Del Rey and Noel Gallagher, with some fans hoping his brother might also turn up.

A huge list has been released, as is above, but fans may be concerned to see some names missing.

Of course, one of those people is Liam Gallagher, someone fans were really hoping they would see given his recent tweets.

Another news story which has been casting a shadow over the festival is coronavirus.

The coronavirus has seen a few big events be cancelled, including various Six Nations events, the ATP men’s tennis tour and some other big-scale events.

As well as this, many countries have restricted travel, meaning fans from abroad may have trouble getting to the festival.

However, as far as has been announced thus far, Glastonbury is still on with Emily Eavis annoucing: “As things stand we are still working hard to deliver our 50th anniversary festival in June and we are very proud of the bill that we have put together over the last year or so.

“No one has a crystal ball to see exactly where we will all be 15 weeks from now, but we are keeping our fingers firmly crossed that it will be here at Worthy Farm for the greatest show on Earth!”

Your Aries Monthly Horoscope for March