Glen Durrant was out to prove Wayne Mardle wrong as he turned in an impressive display to dispense with the previously unbeaten Gerwyn Price in the Premier League on Thursday night.

Durrant won the opening four legs in a sensational start, before Price took two of the next three to hit back to 5-2.

Durrant, though, finished 46 to secure at least a point and ended Price’s hopes of a fightback by sealing victory with a brilliant 129 checkout. The man from Middlesbrough clinched a convincing 7-3 win, inflicting a first loss of the season on the Welshman. 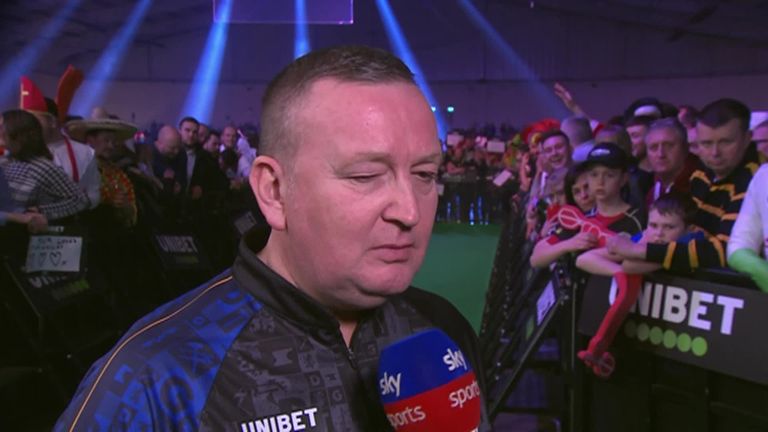 ‘Hawaii 501’ had backed in-form Price to beat Durrant on Night Five at Westpoint Exeter when speaking to Sky Sports for his weekly Mardle’s predictions column. He’s doing okay (Durrant), he’s difficult to beat we know that but he’s got to play better if he’s going to beat Price. I just think that Price’s all-round game, and I say this every week to someone who is playing Durrant, they’re more dynamic than he is and it’s that dynamic play that beat Glen Durrant last week. I think Price is more likely to do something special than Durrant.

Durrant responded with a superb performance to end Price’s 13-match unbeaten run against him. 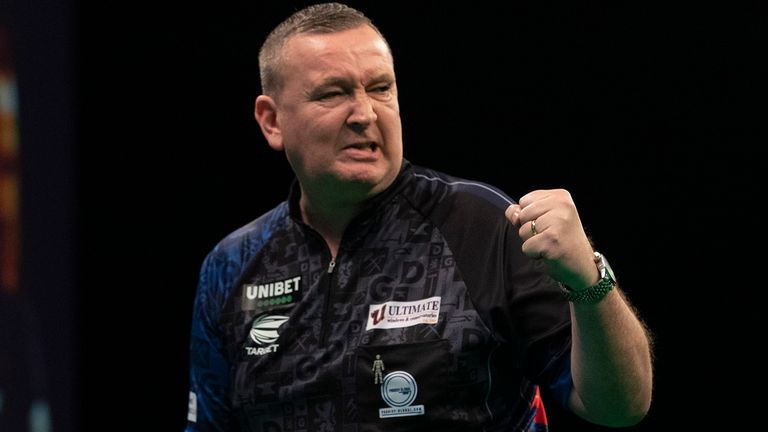 I want to play the whole 16 weeks.

Duzza has his sights set on the Premier League Play-Offs

Speaking to Rod Studd after the match, he said: “Wayne Mardle, Paul Nicholson, and Gerwyn Price himself. The beauty of coming down to Exeter is that it’s six hours on the train so I get to read all of their thoughts about the game and none of them gave me a chance.

“I’m a three-time BDO champion and on my day I can beat anybody. They put the fire in my belly tonight, so I like to thank them three for that victory.

“There are eight of the best players in the world in that practice room and me, and I’ve got to stop admiring everybody else and realise my own potential,” Durrant added during his post-match press conference.

“My combination finishing right now is as good as anybody’s. I want to play the whole 16 weeks and I’m having the best time in the world at the moment in the Premier League.” 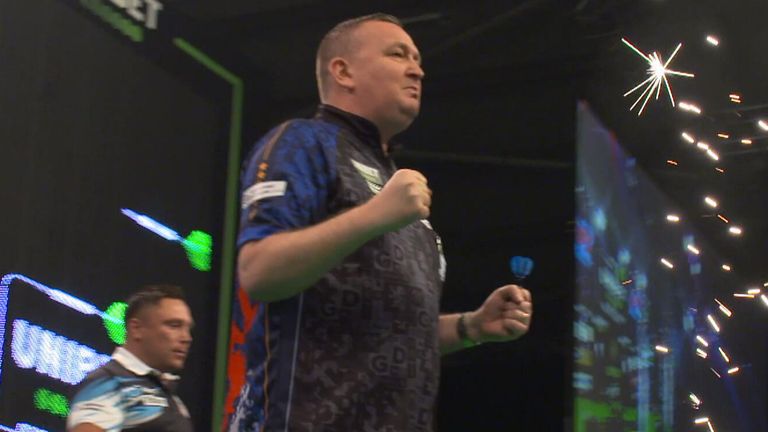 The 49-year-old is top of the Premier League standings on legs difference ahead of Michael Smith after five weeks of competition and Mark Webster doesn’t see any reason why we can’t see the debutant make the Play-Offs at London’s O2. He’s learning on the job because he’s never played in these venues but he’s looking comfortable every week.

“It was a great performance from Glen Durrant and he seemed fired up and he really was,” the Welshman told host Dave Clark on Sky Sports. “He must have been disappointed how he let his lead slip against Nathan Aspinall (7-5) in Dublin, but he did a real good job there.

“If he reads those things and it fires him up then he should do that every week now. It was a great performance against a player who’s in great form.

“It’s a great start for him and he’s enjoying himself. He’s learning on the job because he’s never played in these venues but he’s looking comfortable every week.”