The three-time Grand National winner has been banned from racing in Britain just two weeks before the Cheltenham Festival. 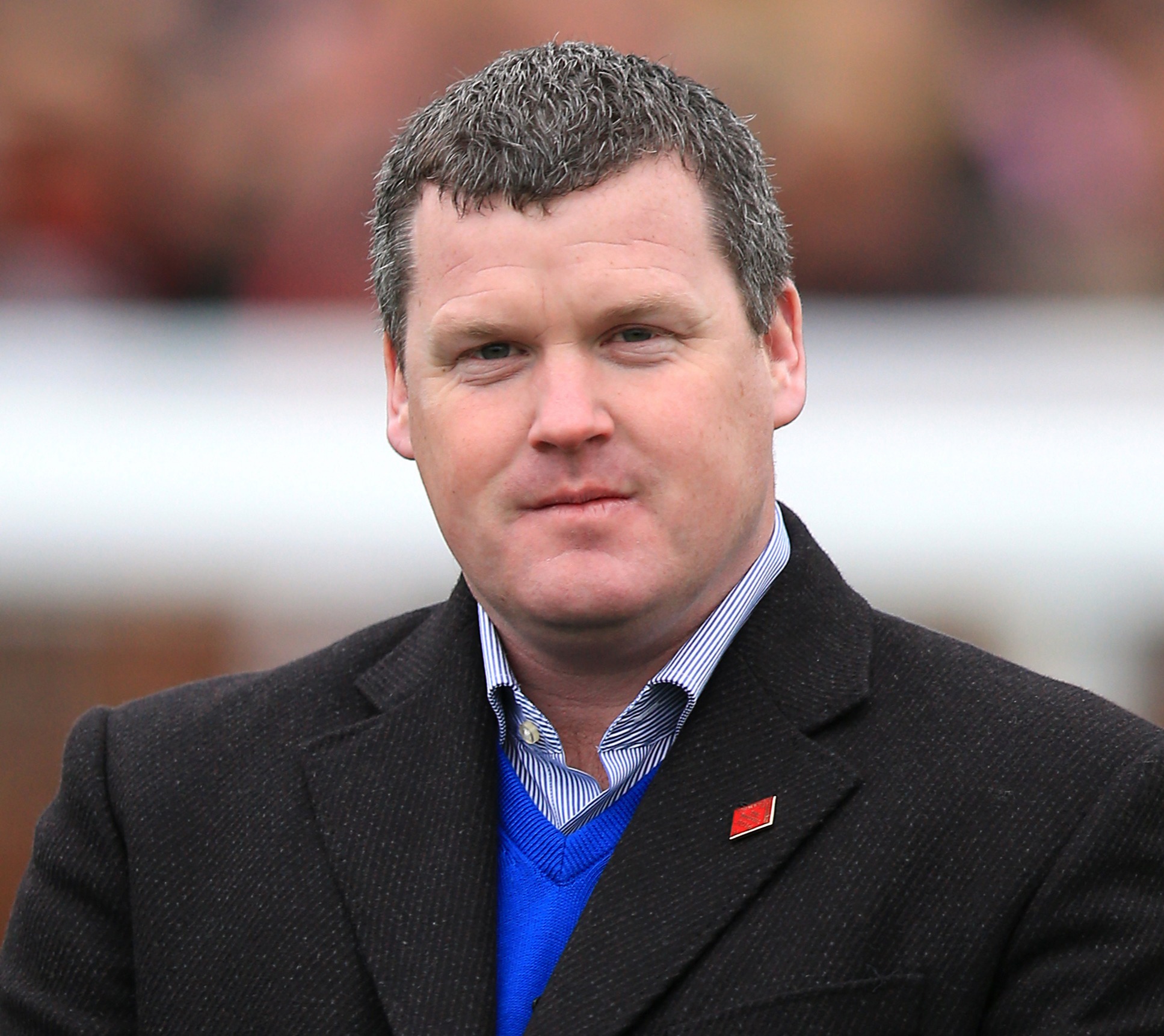 Elliott, who turns 43 today, says he has let down the entire sport with his 'indefensible moment of madness'.

An investigation into the origins of the shocking photo is ongoing by Irish racing chiefs and he is staring at a lengthy ban.

But Elliott told the Racing Post that he will paying the price for the image – in which he straddles a horse that had just died of a suspected heart attack with his phone in one hand and doing the peace symbol with the other – for the rest of his life.

Elliott, who is based in Co Meath, Ireland, said: "It is indefensible. Whether alive or dead, the horse was entitled to dignity.

"A moment of madness that I am going to have to spend the rest of my life paying for and that my staff are suffering for.

"I will be punished, I fully understand that. But it absolutely breaks my heart to read and hear people say that I have no respect for my horses.

"That couldn't be further from the truth.

"My whole life has revolved around horses since I was a child. I know nothing else. Horses are all I have. I came from nothing and built a dream. 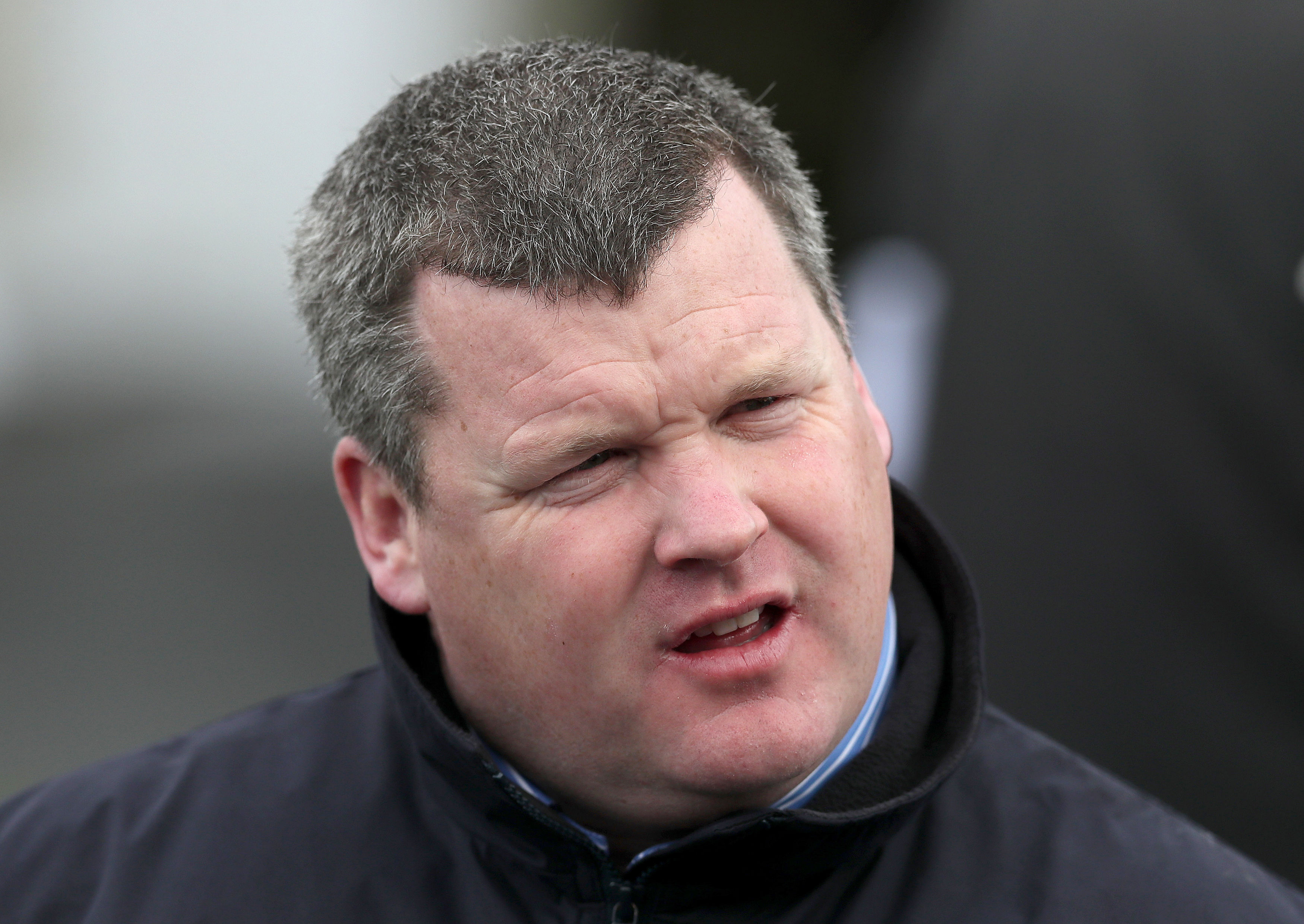 "When your world starts crumbling in front of you, it's a scary place to be.

"I just hope people can understand how truly sorry I am and find some way to forgive me for what I have done."

Elliott was thrust into the national limelight when he became the youngest ever winning trainer of the Grand National aged 29 with 33-1 outsider Silver Birch in 2007.

Since then he has gone onto become one of the top trainers in the sport, with his horses combining to win more than £33m.

But his entire future is in jeopardy pending the outcome of the Irish Horseracing Regulatory Board investigation.

Even so, Elliott, who has been dropped by Betfair, is able to saddle runners in the meantime.

And he saw a 122-1 four-timer land at Punchestown yesterday, his tweet celebrating the victories slammed on social media. 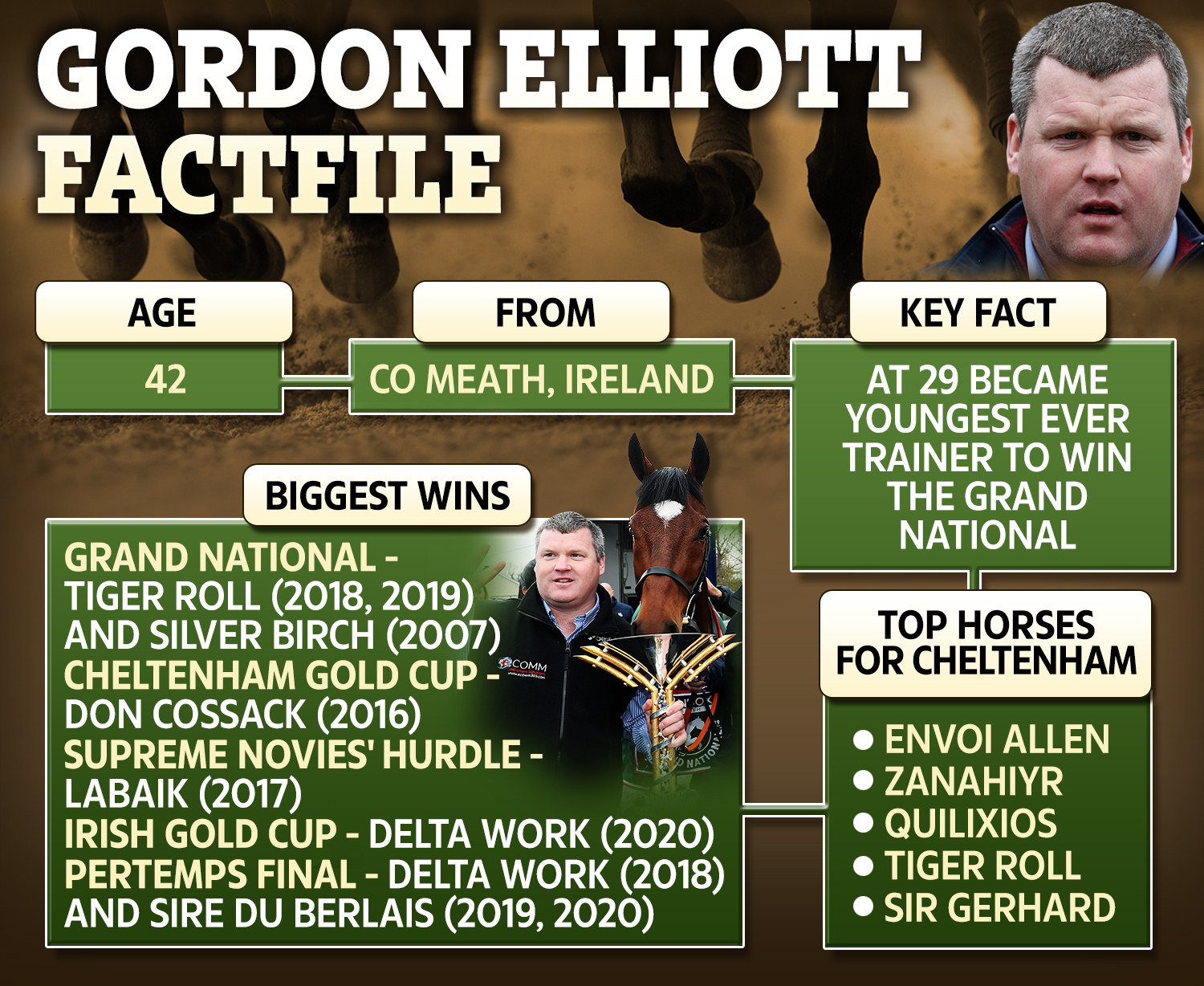 The image of Elliott sitting on a dead horse – which reduced racing legend Mick Fitzgerald to tears and left SunSport columnist Matt Chapman stunned – seemed unbelievable when it started circulating on social media over the weekend.

Elliott confirmed the image was genuine on Sunday and issued his first apology then, but revealed in the Racing Post interview that he had been advised to say it was doctored.

He said: "I received a phone call after the second-last race at Fairyhouse on Saturday telling me about the image that had appeared on social media.

"My initial reaction was that it couldn't possibly have been me but then the picture was sent to me and I realised it was. It was a few years ago. 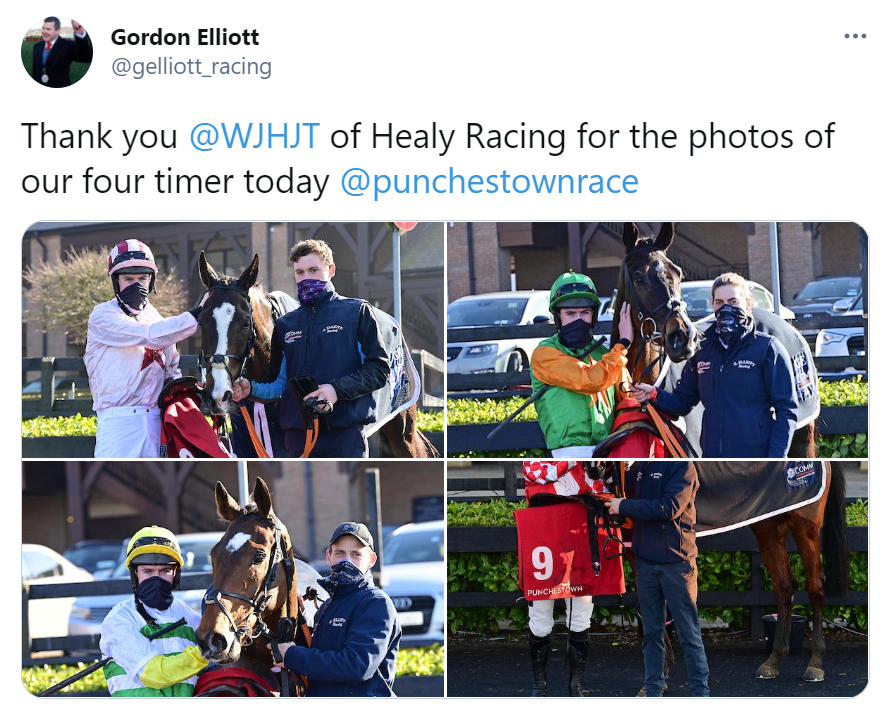 "There were a lot of people telling me to say it was photoshopped, but the one thing I've always been told in life is that if you start telling lies you will end up telling lies for the rest of your life.

"I instantly realised the magnitude of the situation and thought about all I had worked so hard for.

"I bought my yard nine years ago and the day I bought it I didn't even have the deposit to pay for it. I have worked so hard to get to where I am today.

"My heart goes out to all my staff. I know how hard they work.

"I know that I have not only let them down but that I have let the whole racing industry down too.

"That is down to my stupidity and I am truly, truly sorry."

McDonald’s customer ‘finds insect in burger and is knocked sick’

Forget the iPhone 12! Apple’s iPhone 11 gets a massive price cut you won’t want to miss