An ingenious 10-year-old has revealed how he delivered groceries to his self-isolating grandfather with a bucket amid the coronavirus crisis.

Billy Keefe, 77 and from Westgate-on-Sea, Kent, has underlying health conditions and has been self isolating in his second storey flat to try to reduce the risk of contracting coronavirus.

His son Mark, 45, was trying to come up with a way to get essential supplies to him without too much contact, but it was his son Harry, 10, who came up with the idea to use a bucket so Billy could pull food and books up to his flat.

Mark said he was overjoyed with how well the system had worked, saying: ‘We thought it was a good idea for him to see the grandchildren from a distance. It’s a bit of fun.’ 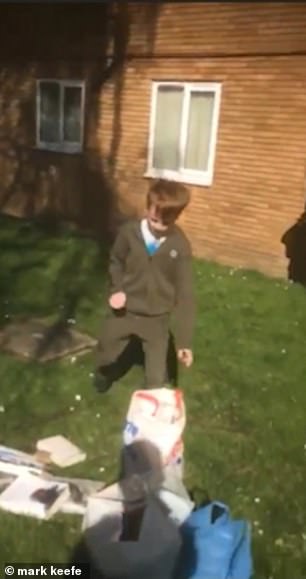 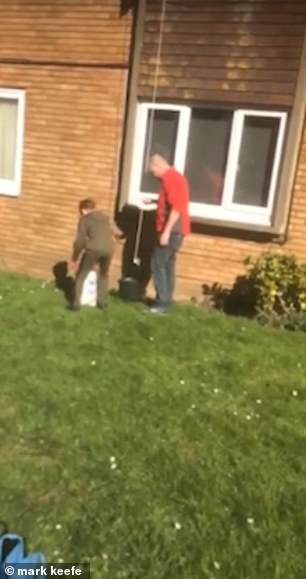 Harry Keefe, 10, came up with the idea of levying delivieres into his grandfather Billy Keefe, 77, from Westgate-on-Sea, using a bucket. Billy has underlying health conditions and has been self isolating in order to reduce the risk of contracting coronavirus (pictured left, Harry, and right with his father Mark) 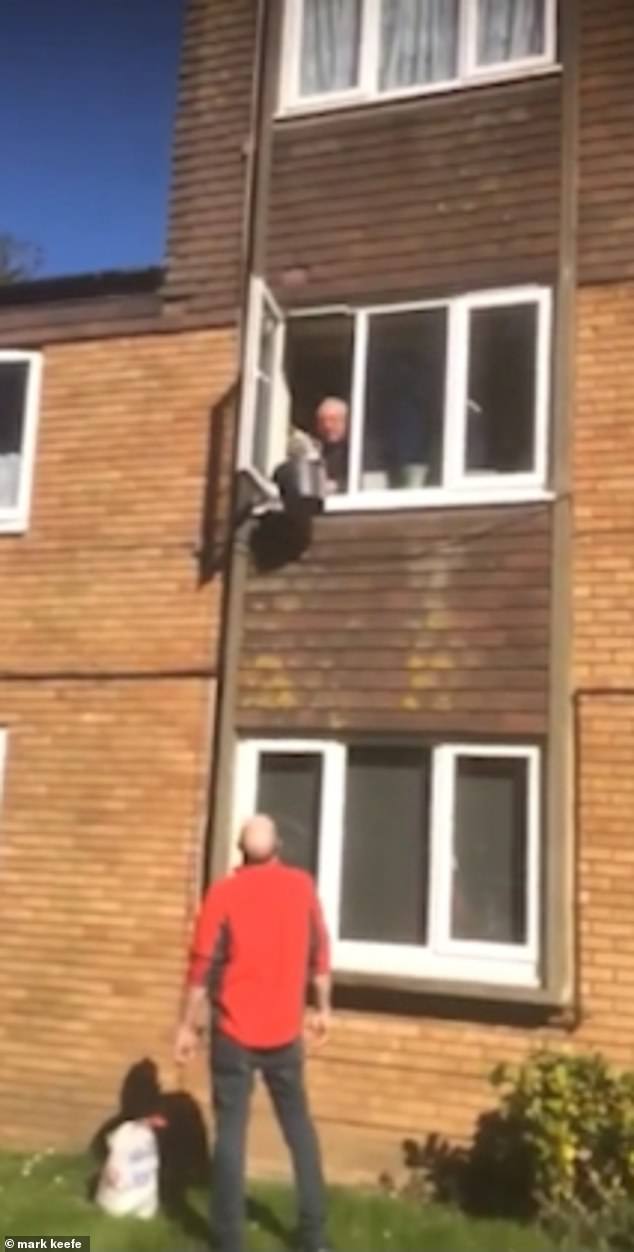 Harry was helped by his father Mark, who said the ingenious method was a good way for his children to see their isolating grandfather (pictured)

Mark said that not only did the idea help his father get deliveries, but also meant he could see his grandchildren.

Mark explained: ‘My son came up with the idea to use the bucket, and in my line of work I’ve always got buckets around.

‘It’s simple to do – us adults tend to over-complicate things.’

Mark was able to buy most of the shopping for his father – and delivered him some books for him to read too. 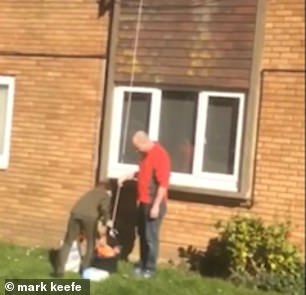 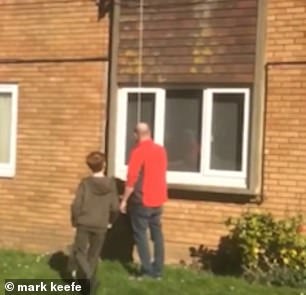 Mark explained he wanted to give his farther his essential supplies without contact due to the pandemic, and Harry came up with the plan

He added: ‘We asked Dad what he wanted, he said, “Food”. So we said, “You have to be more specific than that.”

‘He sent us a long shopping list but he didn’t know how empty the shops are at the moment.

Mark went on to reveal that his family weren’t shopping in manic supermarkets and were opting for local stores instead.

He said: ‘We’re not doing the supermarkets because it’s mayhem, we’re sticking to local butchers and Prentis greengrocers has plenty of veg. 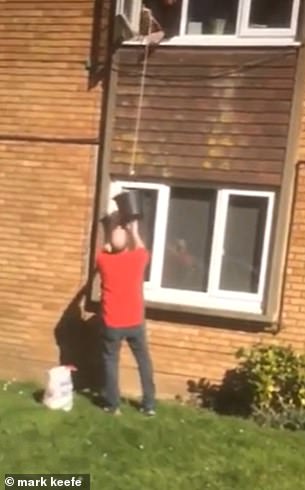 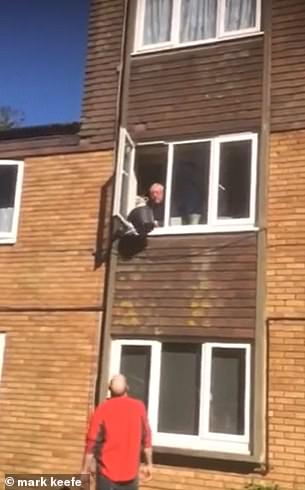 Mark said he felt it was vital his father had deliveries of shopping, as well as books, during his period in self isolation

‘It means we can stay away from people and we’re trying to be sensible by getting supplies from smaller shops.’

He also revealed how vital the book delivery had been for his father, saying: ‘Giving him books is massively important too.

Woman spends £10,000 turning her home into a pink palace