HAKIM ZIYECH has taken aim at his Morocco manager after being accused of 'unacceptable' behaviour.

Vahid Halilhodzic dropped the Chelsea star from his squad for World Cup qualifiers against Sudan and Guinea. 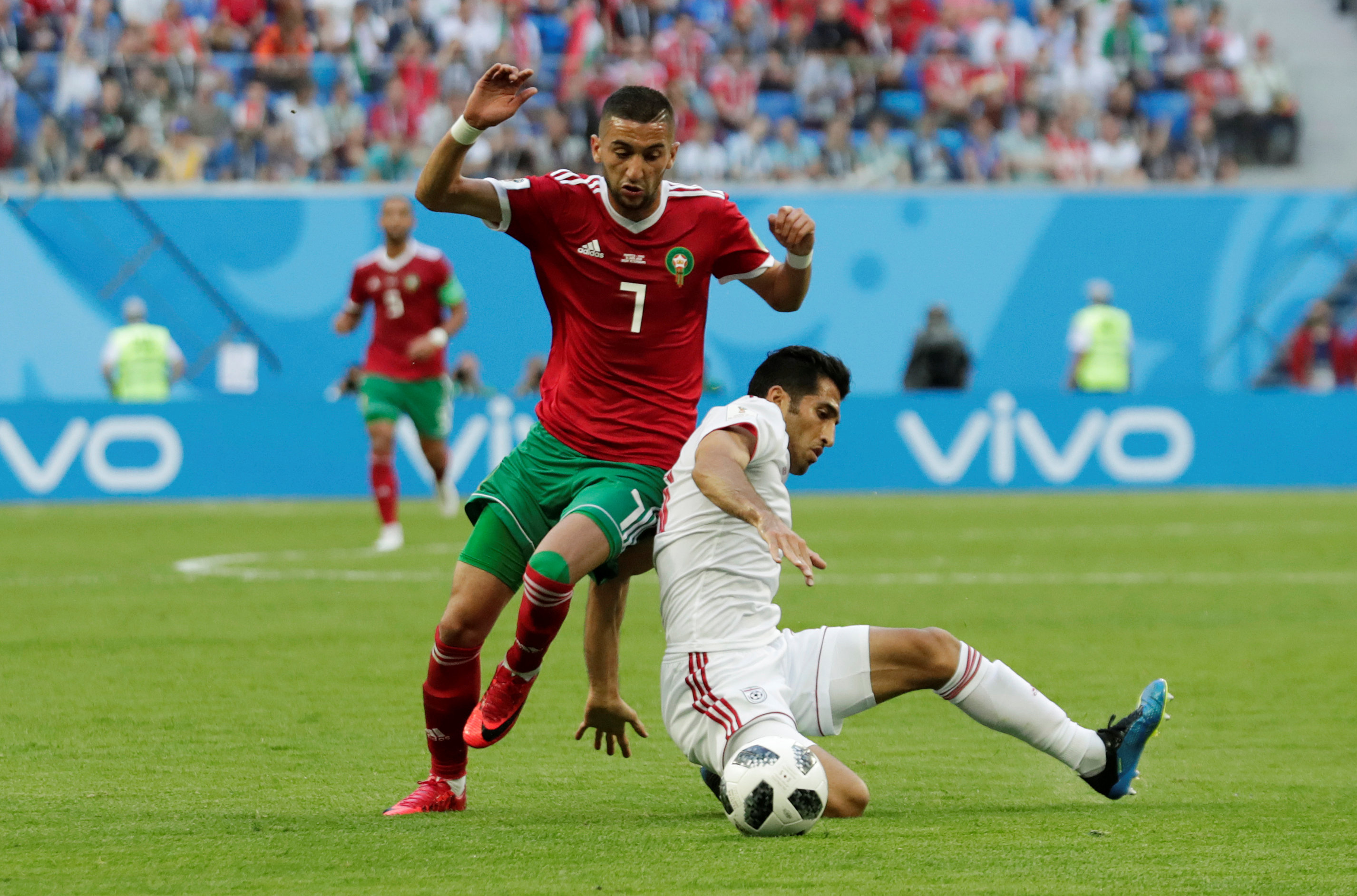 The reason behind the decision was not immediately clear with Ziyech, 28, back from a recent shoulder injury and the venues not being on the UK's red list for travel.

But Halilhodzic, 69, then alleged that the player had arrived late for previous international duty, refused to play, and set a bad example for younger players.

Ziyech, who has 35 caps and 16 goals for Morocco, posted his reply on his Instagram stories.

Accompanying the jibe was a clown-face emoji and it was not the first Ziyech has sent in his manager's direction.

After being left out of the squad, the midfielder posted a laughing-face emoji which many took as a response to his situation.

Halilhodzic had earlier fumed: "Ziyech's behaviour in the last two matches, especially the last one, was not that of a national team player.

"As a leader of the team, he has to be a positive role model.

"He arrived late, and then even refused to work. There was no point in discussing it afterwards – as a coach the answer is right there to see.

"For me the national team comes above everything. Nobody can hold it hostage.

"For the first time in my career I have seen behaviour that disappoints me.

"A player who refuses to play a game, admittedly a friendly, on the pretext that he is injured.

"The medical staff made several examinations, and said he was fit to play.

"He then refused to warm up in the second-half, because he was disappointed to be a substitute.

"For me that type of behaviour is unacceptable. You can't cheat with the national team."

For a Grieving Christine Ko, Filming Tigertail Was "Like Therapy"