Harry Styles is known for his eclectic and unorthodox sense of fashion. Of course, every creative person has influences. Styles’ fashion sense wasn’t born in a vacuum.

Like Styles’ music, his fashion takes a lot of inspiration from the past. He apparently has a thing for classic rock. Here’s how three 1960s/1970s rock musicians influenced the former One Direction member. 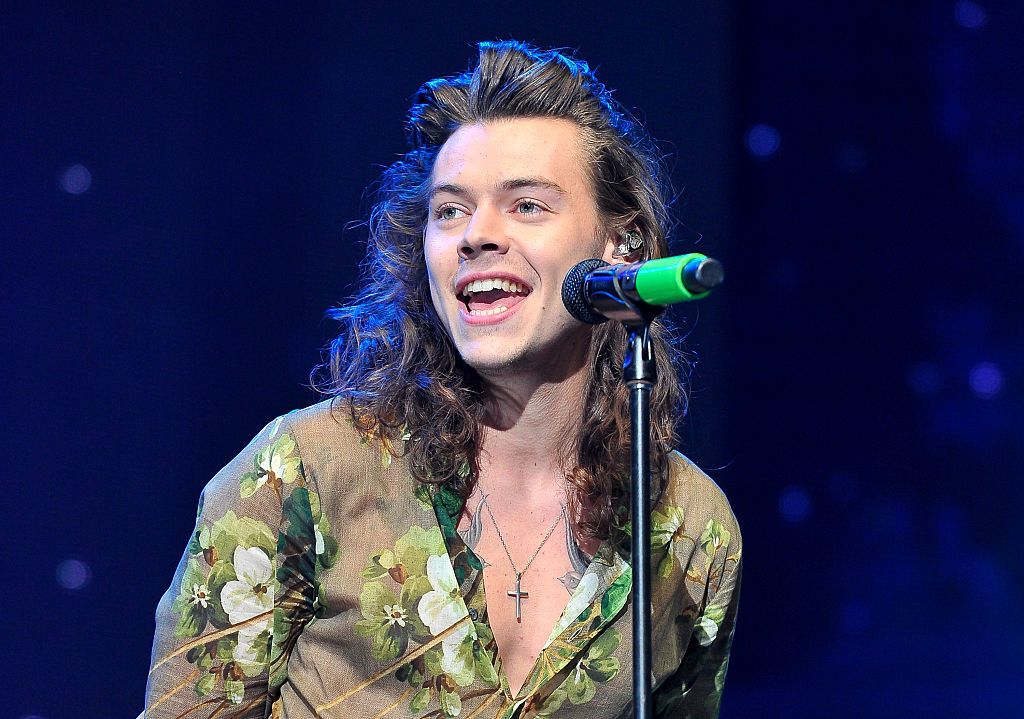 When it comes to male androgyny in pop music, there’s no bigger name than David Bowie. Bowie’s death in 2016 brought lots of new attention to the rocker, particularly among younger audiences who didn’t live through his 1960s-1980s heyday. Bowie doesn’t seem to have had a huge influence on Styles as a musician, but there’s definitely parallels between his wardrobe and Styles’. 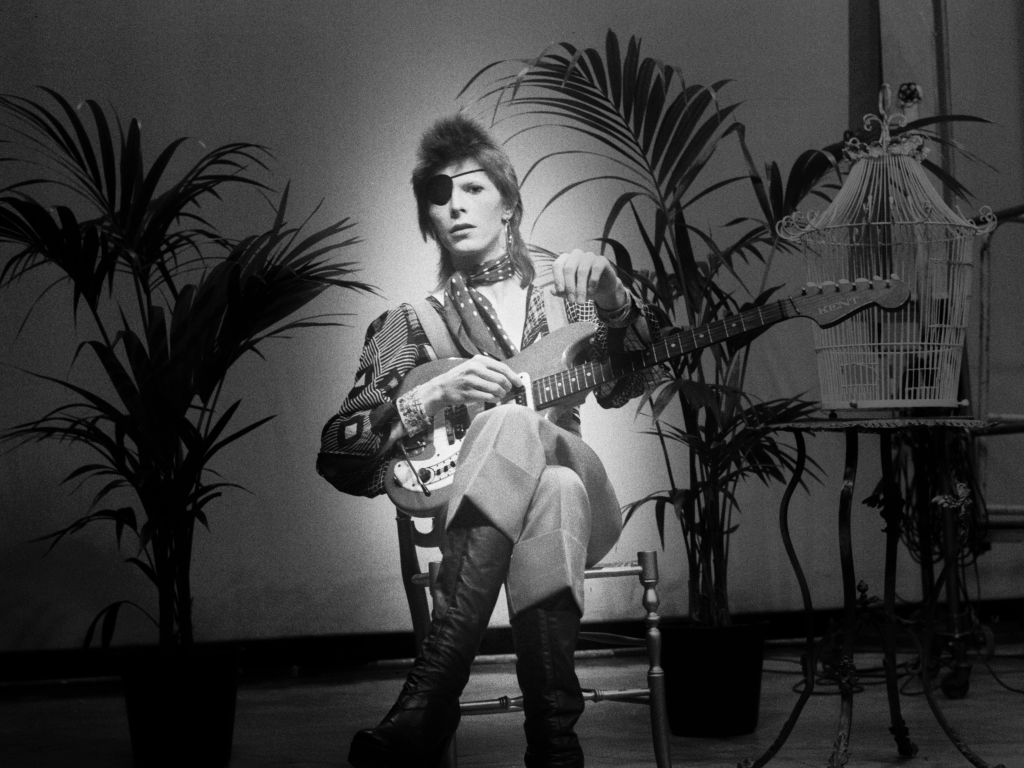 Fashion designer Harris Reed has opened up about Bowie’s influence on the clothes he designs for Styles. He said he’s particularly influenced by the outfits Bowie wore during his Diamond Dogs era. He says part of the reason why he wanted to emulate Bowie’s wardrobe is because he’s a classic rocker.

Styles has also discussed Bowie’s influence on his fashion sense. He said Bowie and Elvis Presley convinced him to embrace fashion as part of his role as an entertainer. “I was realising [dressing up] was a part of the show, if you will….So, I think [for] the people I have always admired and looked up to in music, clothes have always been a big part of the thing. Like Bowie, Elvis Presley.”

In a review for Variety, Eve Barlow described Styles’ latest album Fine Line. She said “If it was a colour, it would be the baby blue of Jimi Hendrix’s Fender Stratocaster…It’s rock and it’s roll, but it’s also soft and sensitive.” Barlow was right to think Hendrix influenced Styles, however, he influenced Styles’ clothes rather than his music. 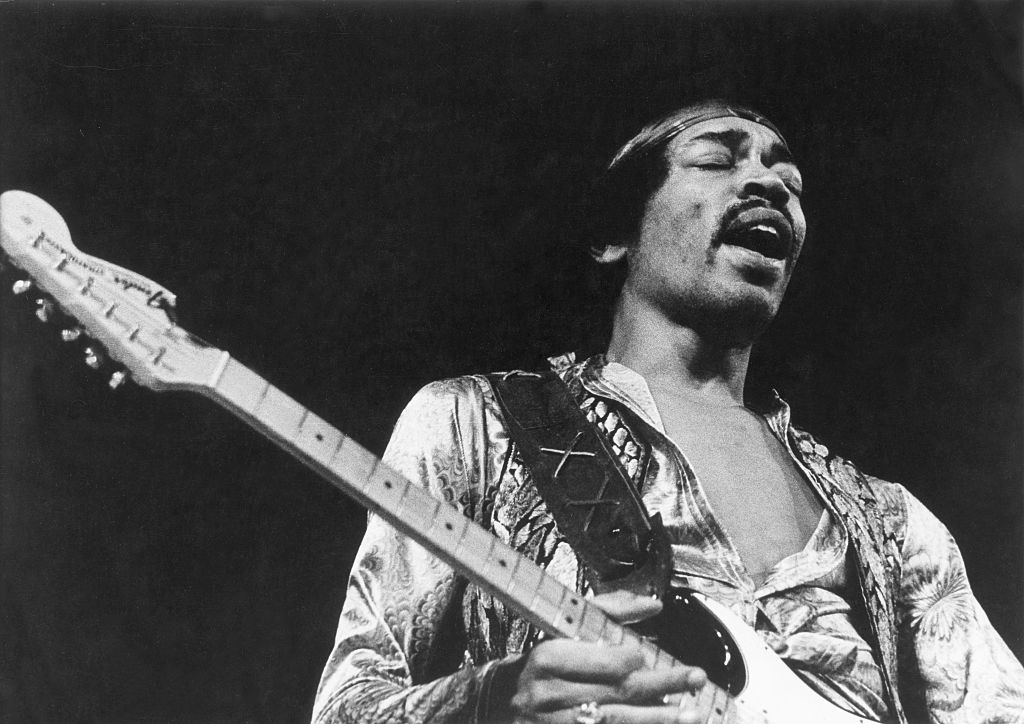 Reed said his friend Harry Lambert gave him the job of designing an outfit for someone, though Lambert did not specify who. Reed immediately decided to craft an outfit influenced by Hendrix. Only after he created the outfit did he learn it was for Styles. Though Hendrix’s influence on Styles’ clothing might not be obvious at first, a closer inspection reveals a similarity between the ruffles both men wear.

Mick Jagger wasn’t as flamboyant in his dress as either Bowie or Hendrix. However, he still wore outfits that stood out from the crowd. These outfits definitely paved the way for Styles’ wardrobe.

Reed explained what it was like the first time he designed a Jagger-inspired outfit for Styles. “It was to show him where I could see his style going — moving a bit more into a glam rock direction. A bit more…Jagger. It was…not flamboyant, but more fluid. Everything that I’m about as a designer.”

Interestingly, Jagger’s influence on Styles extends to his TV work. Styles once portrayed Jagger in a skit on Saturday Night Live. He exaggerated Jagger’s speaking voice, singing style, and unique dance moves. Was this a little nod to a fellow musician who influenced his style or a coincidence? You decide.

Also see: Harry Styles Stores His Clothes in the Most Eccentric Way Possible

Your R-Rated Horoscope for Valentine's Day

Dr. Fauci said he had few side effects after taking the Moderna coronavirus vaccine and said it’s ‘as good or better than an influenza vaccine’

'Black people were relegated to the sidelines of mainstream Pride events'